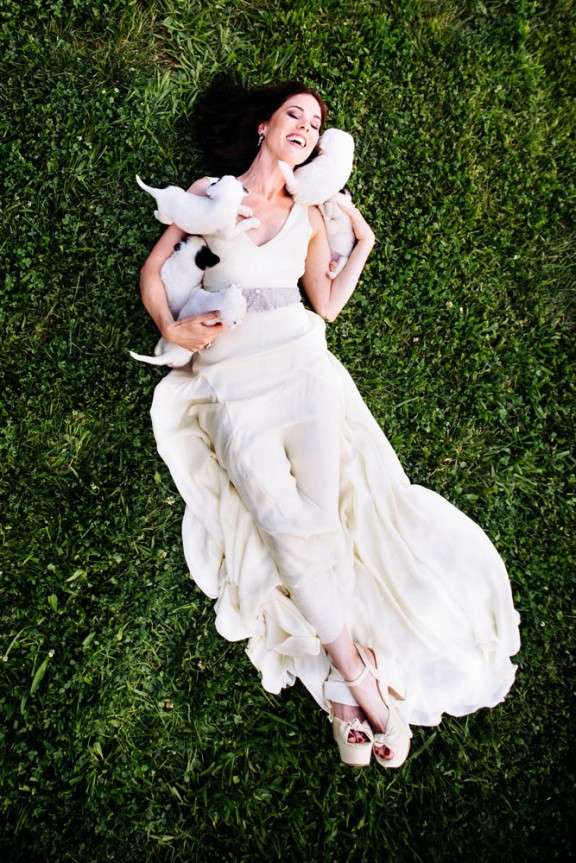 Are you ready for a serious cute injection into your Friday morning? PUPPIES…! Puppies and weddings! Does it get any better than that!? I mean my goodness.

When this wedding landed in my inbox I nearly died from all the cute. My readers seriously do the coolest things for their weddings! 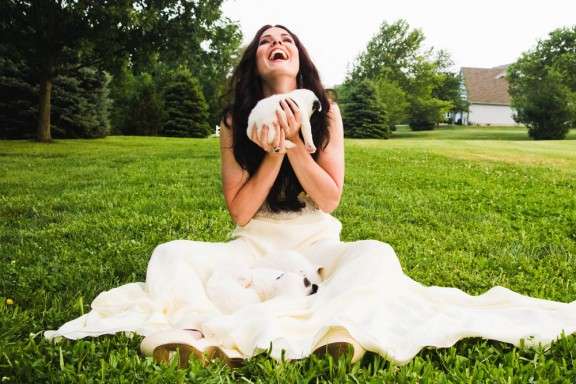 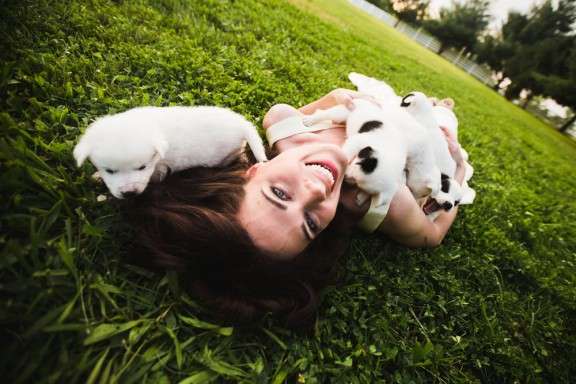 Oh, you want to hear about the actual wedding too? OK then, I’ll try and compose myself for enough time to tell you all about it.

Kirsten and Burak were married in the groom’s parent’s back garden in Kansas City in June. Their day had a pirates and puppies (!!) theme and they did pretty much everything themselves, with the help of a few key suppliers. 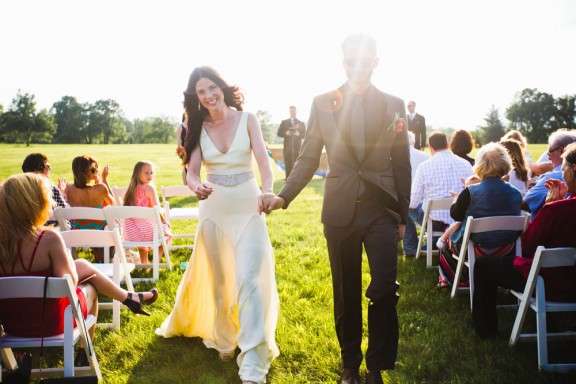 “Burak and I met in the 7th grade”, began the bride. “We played in band together. Through high school we remained acquaintances with the occasional crush. It wasn’t until nine years after graduating that we reconnected and it was finally time!” 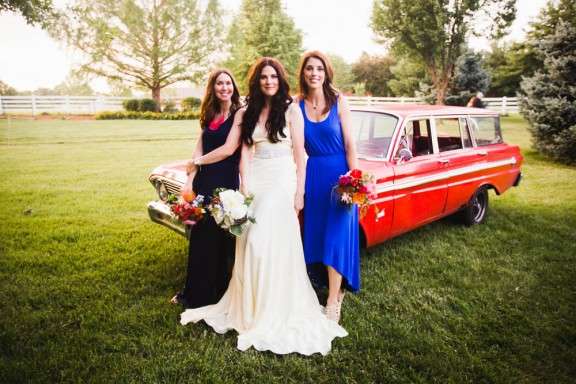 “The inspiration for our wedding was a Midwestern BBQ in the beautiful backyard where Burak grew up. We had nautical and pirate touches to celebrate our love of the ocean. Overall the wedding was eclectic and colorful. We wanted to have a day where everyone could be themselves, laugh a lot and have a great time.” 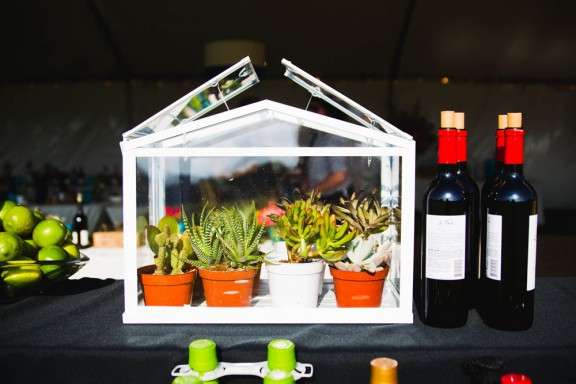 “The most unique thing about our wedding was that we had our five adorable and adoptable PUPPIES there! They rode in on the wagon ship ‘Bertha’ along with the flower girl. They were our ring bearers and provided endless cuteness and photo ops for our guests! They had fun too wagging their tails, giving free kisses and biting peoples’ toes.” 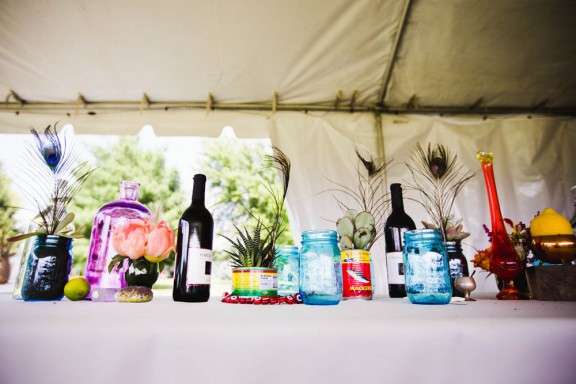 “The other different thing about our day was that we were actually already married. We eloped nine months earlier on a pirate ship with exploding cannons and a big blue whale visited the ship! Both times we had dear friends marry us. Both events were just as special. 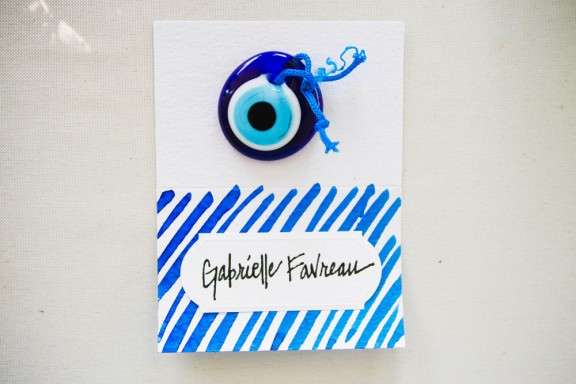 “Almost everything was DIY”, she continued. “All of the decorations were items we had in our home. We planted succulents in seafood cans. My amazing sister cleaned out all of the gnarliest smelling sardine and squid cans, but the labels were so great! We gave them away as favors.” 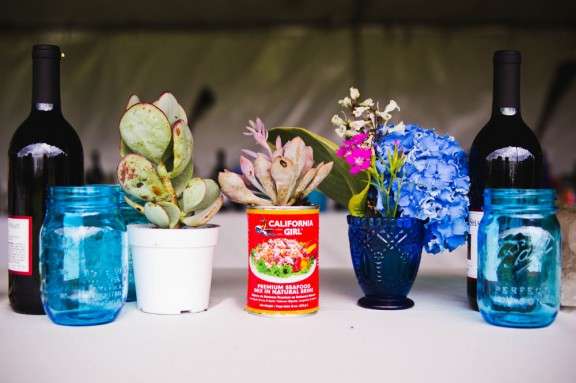 “The pirate wagon that carried the flower girl and puppies down the aisle was made by Burak’s brother, Denny. It had a one-eyed hula girl piñata at her helm that we disguised as a mermaid. We hand-painted the place cards using water colors and salt. They were beautiful and something we had fun making with our nine-year old niece/flower girl.” 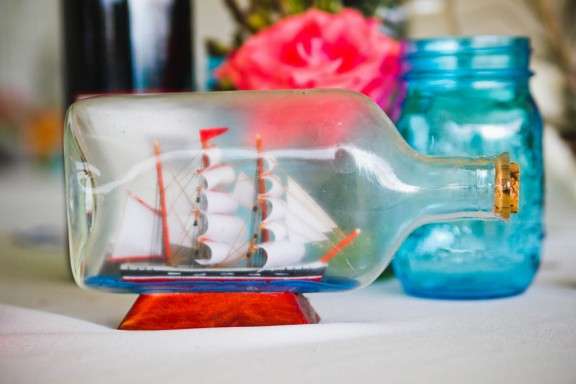 “My favourite moment of the day was laying in the grass and taking photographs with all of the puppies piled on top of me!! Also the speeches. Burak says getting to blow up the fireworks and the speeches too!” 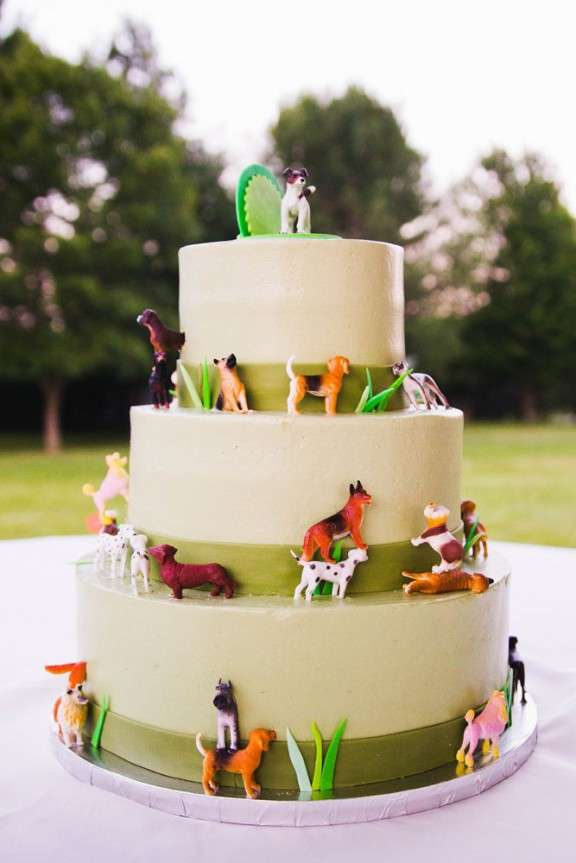 “My advice to other couples getting married would be be organized, I wish we’d been more so! We only had one person calling the shots for set up on the day. We had many hands to help but not enough direction. Also be present and have a ball!! Things may not go as planned but it will be perfect.” 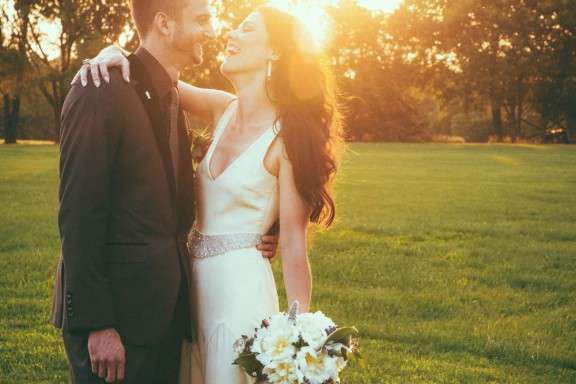 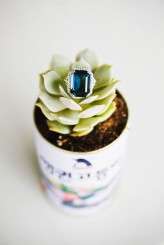 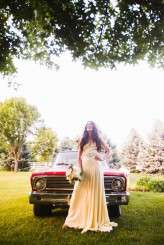 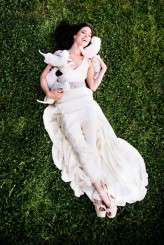 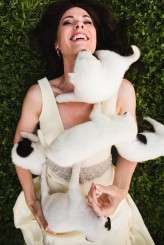 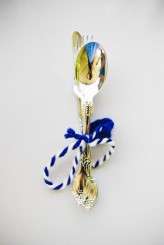 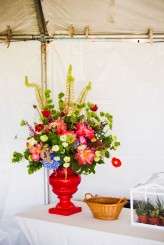 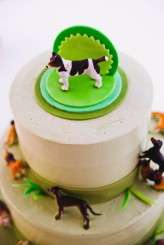 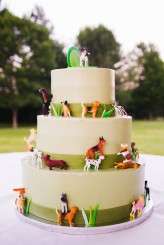