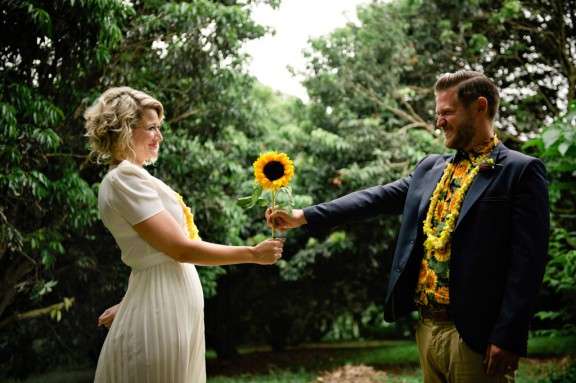 Wanting to combine two of their biggest passions for their big day, Nick and Kelli had a surf and flower inspired wedding. All the guys wore colourful Hawaiian shirts and the girls were in brightly patterned summer dresses! Kelli’s dress was vintage, from the 1940s and cost her $8! The day was held outdoors, at The Litchi Orchard in Salt Rock, Durban.

“Our wedding was surf inspired”, wrote Kelli, “as we both surf and after watching the 80s classic North Shore together, we knew the theme we wanted straight away! Light, fun, floral, colourful and full of love!” 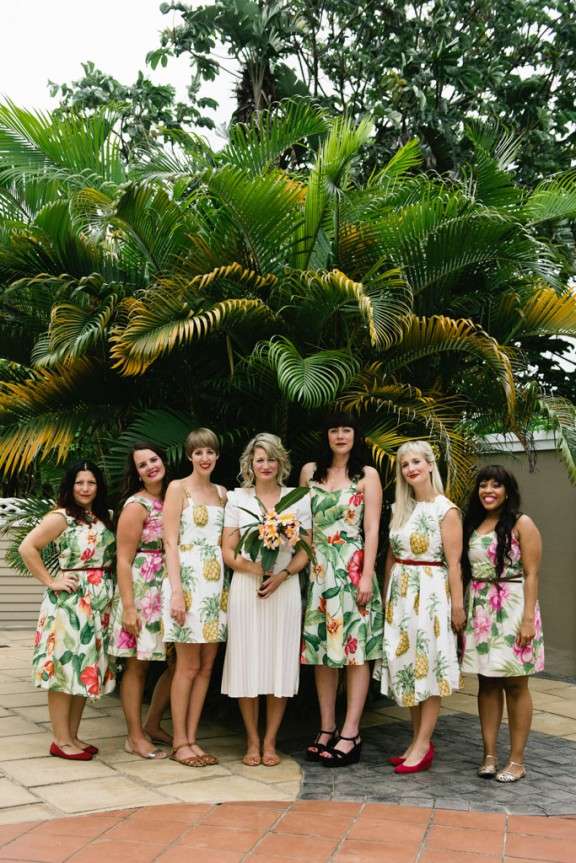 “We have both been to enough weddings to know what we didn’t want. We didn’t want anything too contrived, we didn’t want round tables with candle sticks and chandeliers. We didn’t want the stiffness and perfection that some weddings become. We were in such a beautiful and natural setting out in the orchard that we didn’t want to take anything away from that, so we added to it with flowers, bunting and beautiful lighting. Our guests were all asked to wear floral so when we looked out during the ceremony we only saw a lawn full of colour. Our nieces and nephews were running around whilst we were getting married, we could hear them laughing and shouting. It made the day, for us at least, honest.” 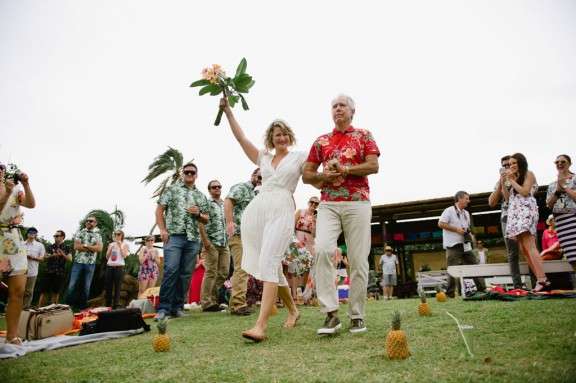 “I had collected tins from people throughout the year for putting flowers in”, she continued. “I ordered some floral wax cloth online that I wrapped all the tins in. It was a really inexpensive and fun way of displaying the flowers.” 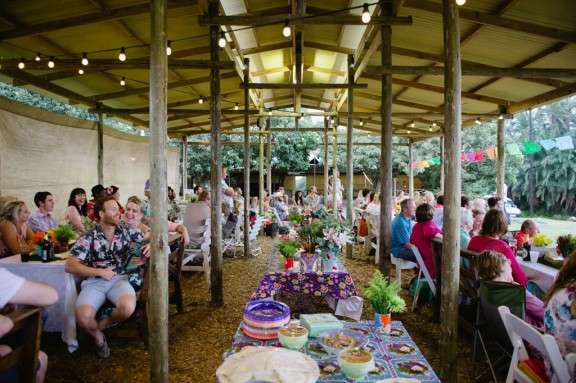 “My wedding dress was also on R100 (about $8)! I tried it on at a vintage store and my friend said to me, ‘you could actually get married in that one day’, and so I did. It just worked out that way. It was a huge saver considering how much dresses can go for.” 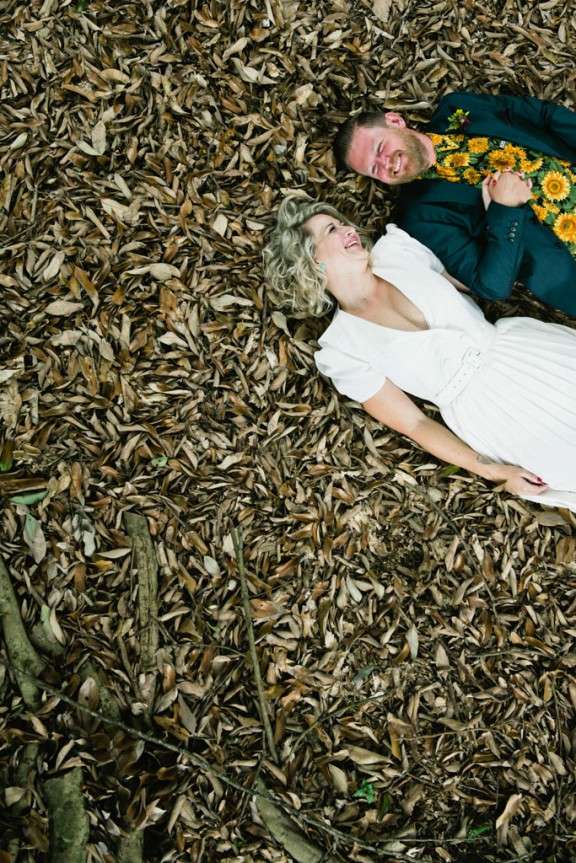 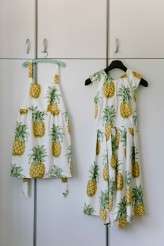 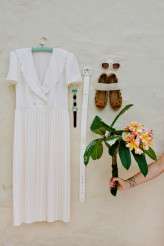 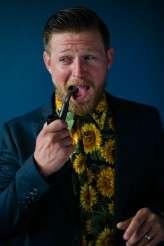 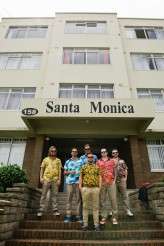 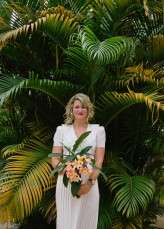 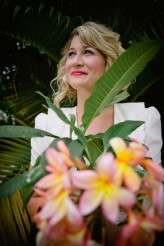 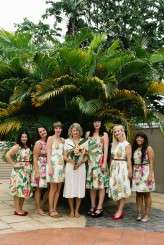 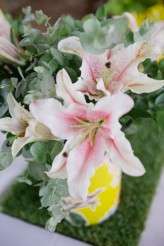 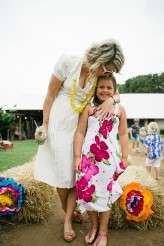 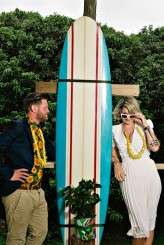 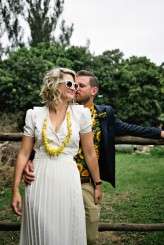 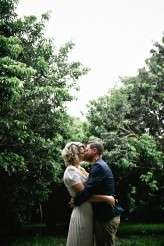 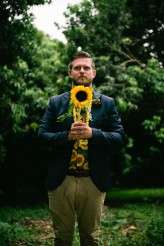 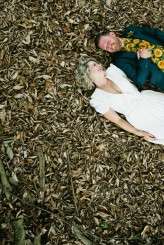 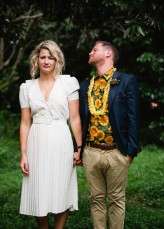 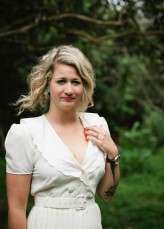 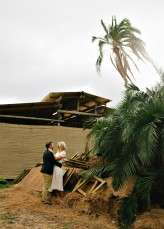 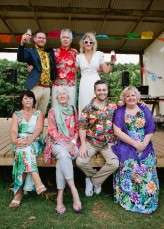