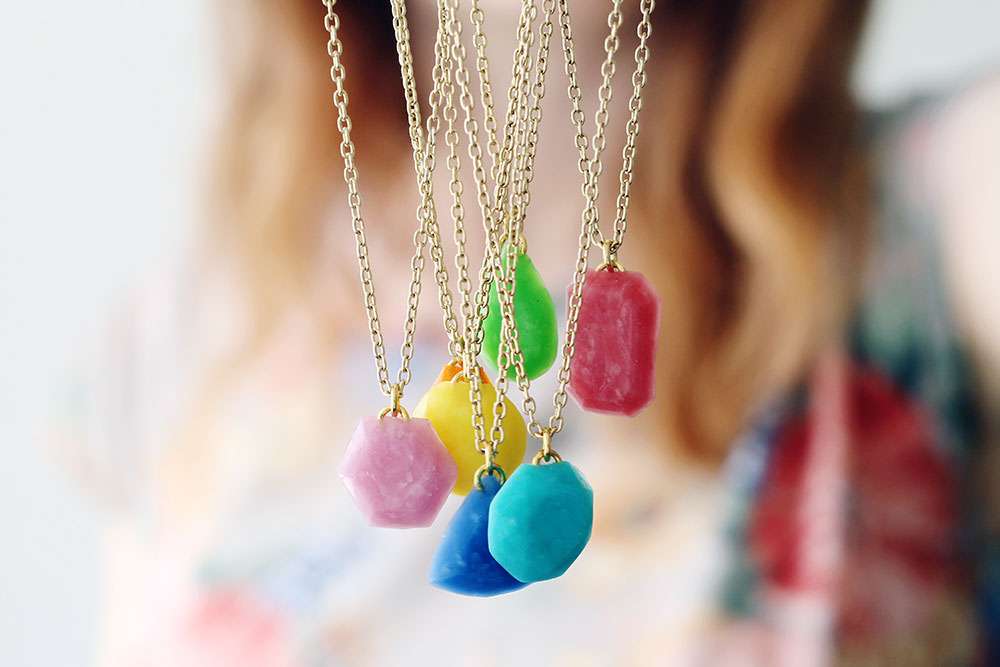 I am a DIY clutz. I’m the kind of girl who would glue her fingers together and get more glitter in my hair than on the thing I was trying to bling (which, actually, might not be a bad thing…) So when Fran of Fall for DIY got in touch, asking if she could create this DIY post for Rock n Roll Bride, I gleefully accepted. I hope you enjoy this one, it’s a beauty!

“There’s no better way to thank your bridesmaids for (listening to) the months of planning, reassuring chats over bottles of wine and awesome hen party organisation than a personal gift they can treasure. Problem is, if you’re on a budget this can come with a hefty price tag. But why not create something truly unique and personal not only to your bridesmaid but also with the theme of your wedding? These gemstone pendants can be customised to the colour and shape of your choosing. Perfect for wearing on the big day and beyond.” 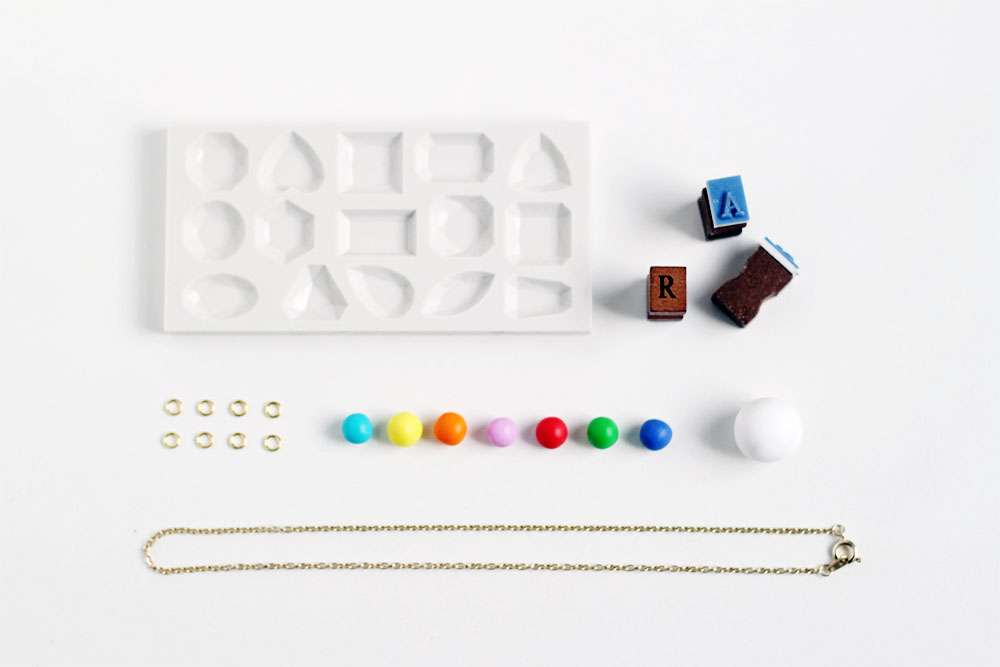 Step one: Mix up your pastel colours using small amounts of colour with enough white polymer clay to fill the mould. Your clay will darken during the heating process, so mix it lighter than you want it. 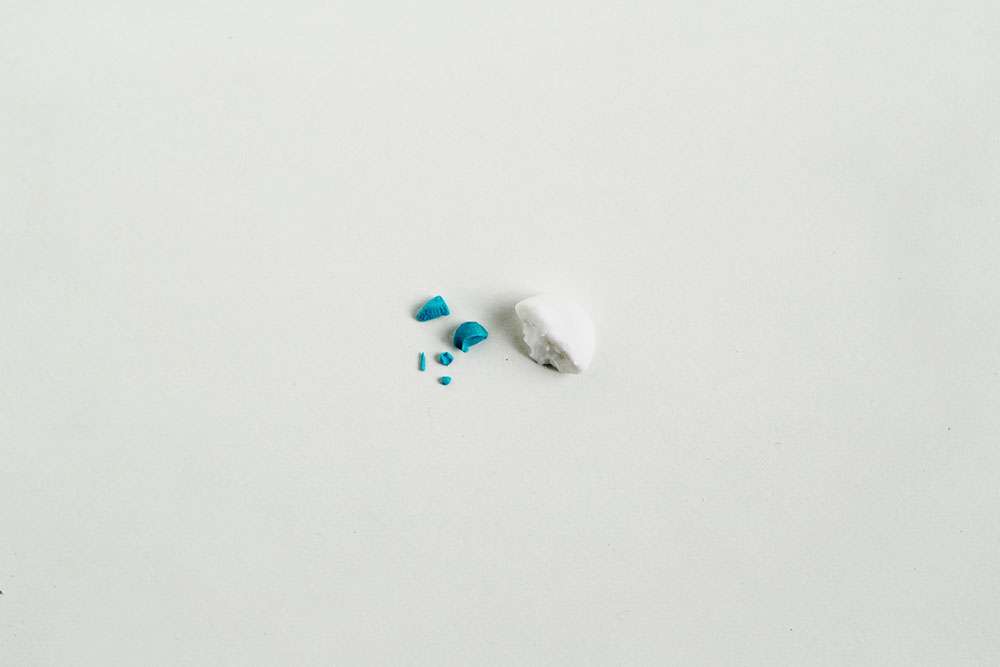 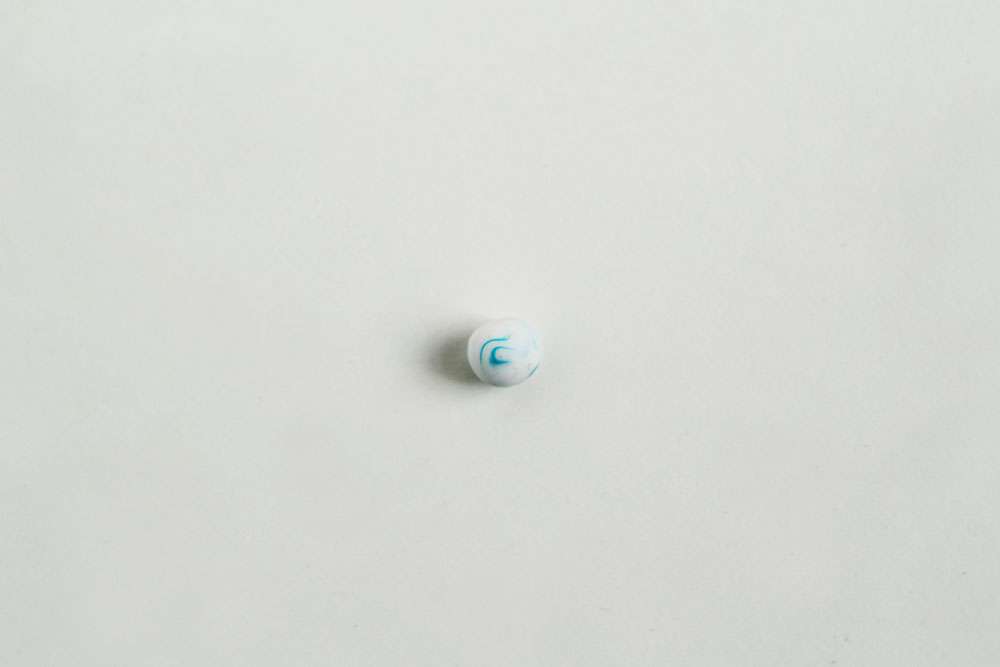 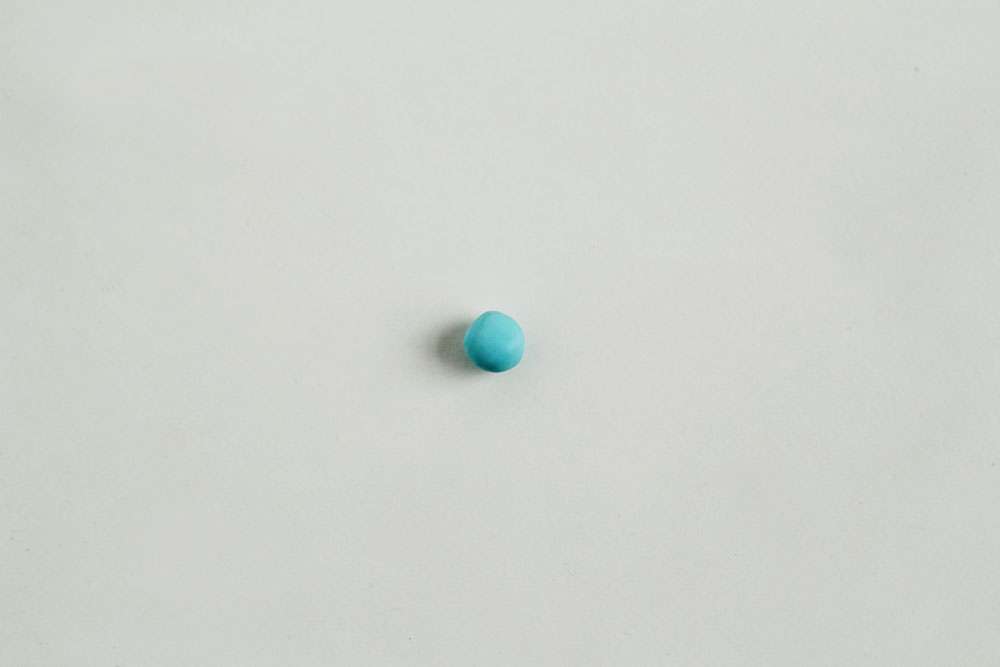 Step two: Press the clay into the mould and flatten the back of the gem to give a nice even surface. This should leave you with a little extra clay. Put this to one side. We’ll need it later 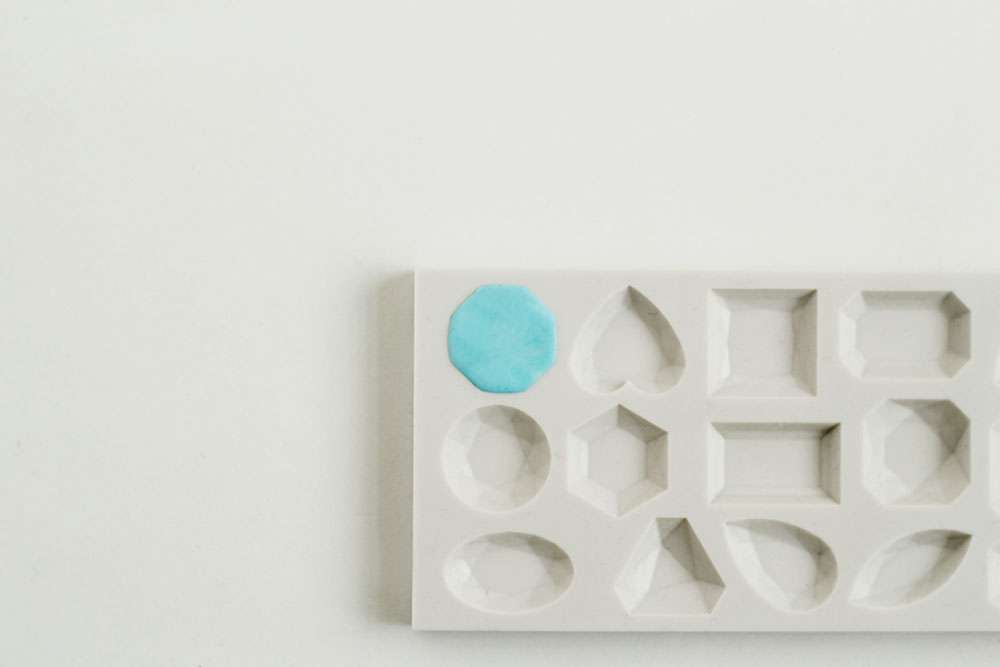 Step three: To stamp the back gemstones gently press your letter stamp down into the back. Don’t worry if it goes wrong. Just smooth your clay over and start again. 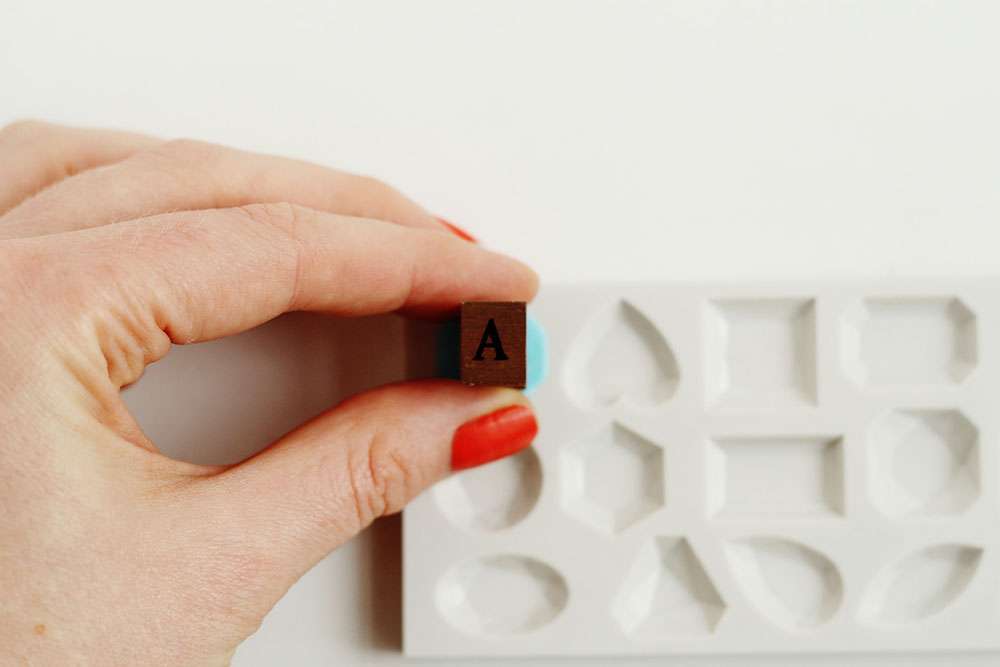 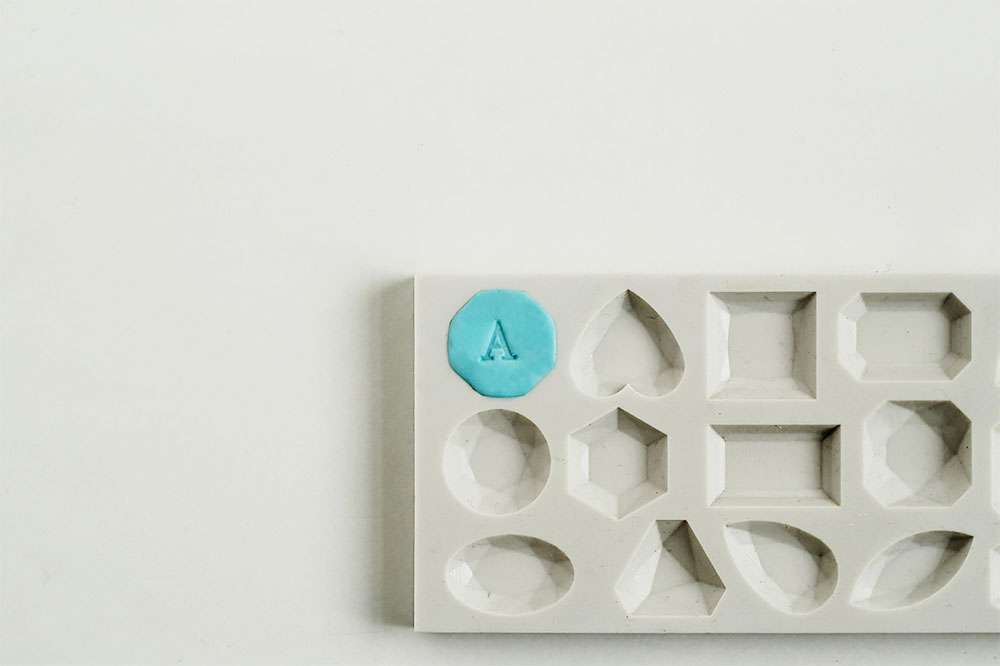 Step four: Push a jump ring into the top of your gemstone and cover with the excess polymer clay from earlier and smooth down. 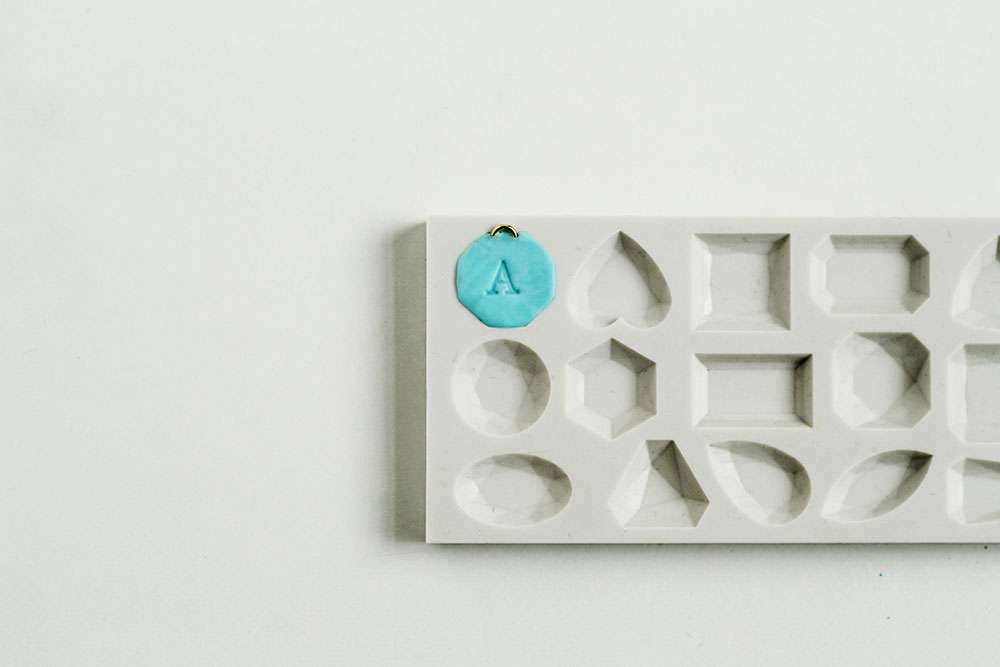 Step five: Carefully remove the gemstone from the mould and place on baking foil. Cook in your oven for about half an hour on a medium/low heat. Polymer clay is non toxic so don’t worry about fumes! 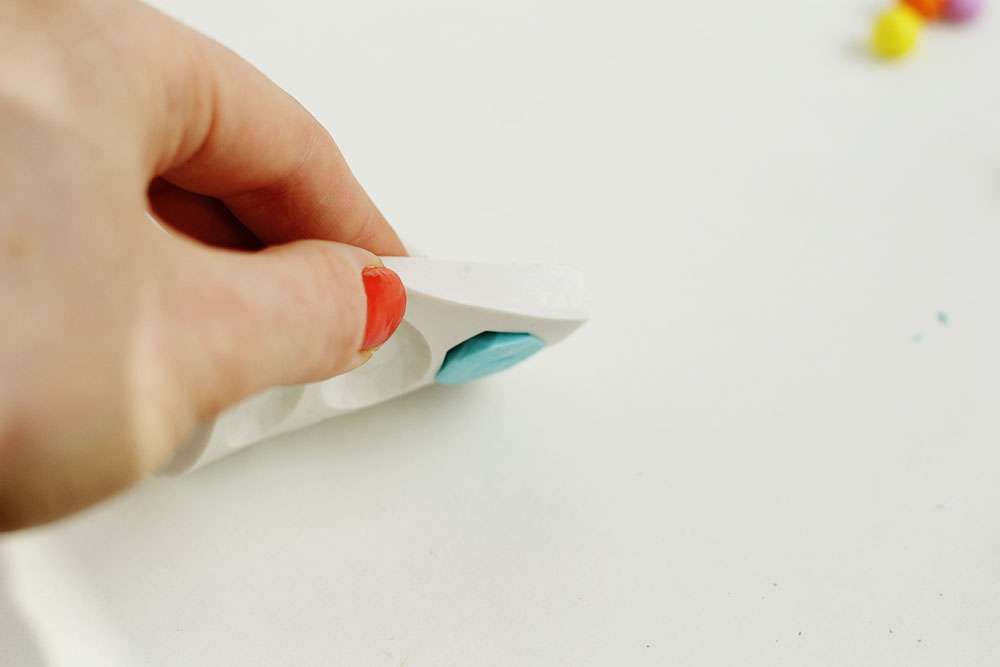 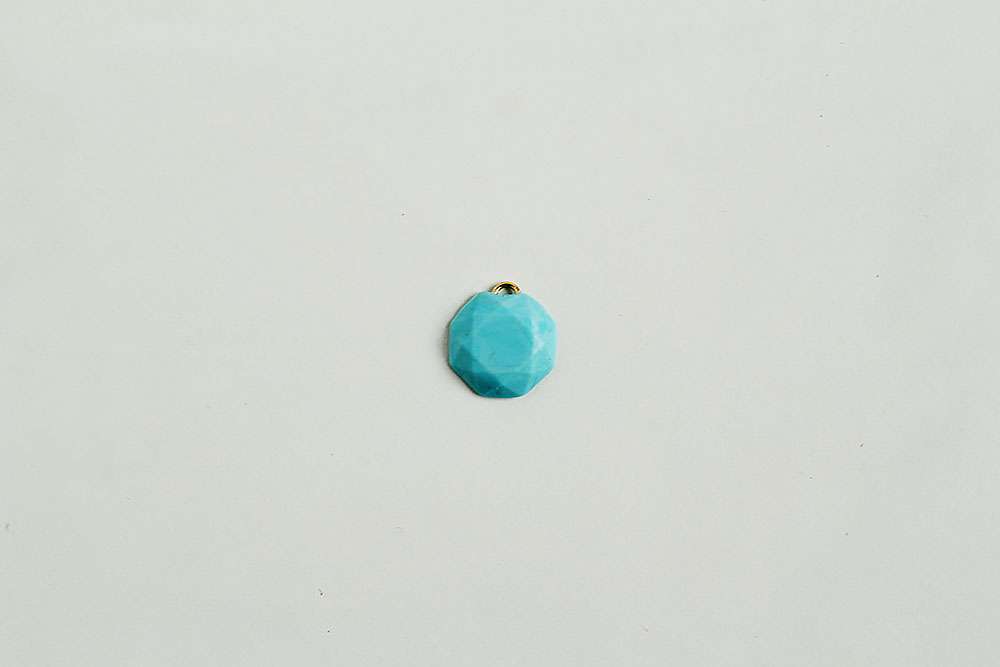 Step six: After half an hour remove from the oven and leave to cool. Then attach to the necklace chain using a jump ring. You can check out this post on my own blog to find out how to do that. 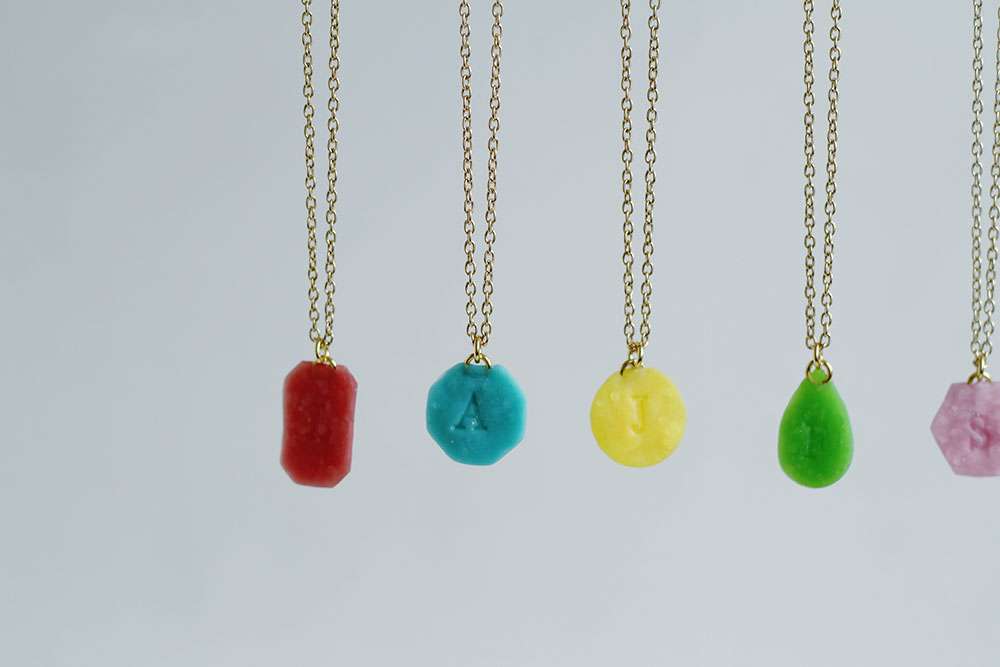 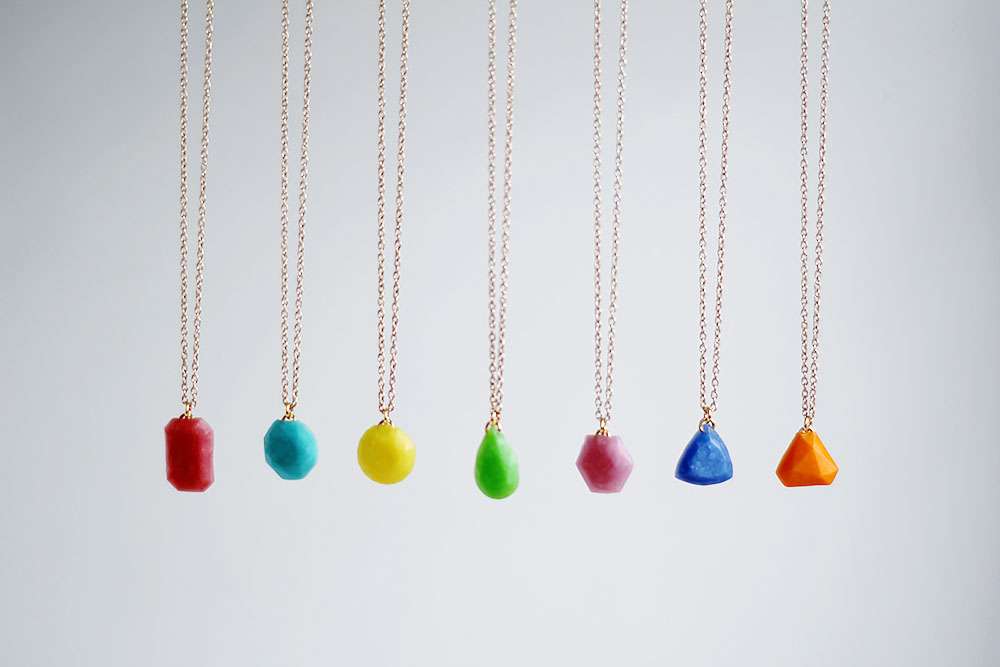 Step seven: And you’re done! Wrap it up beautifully and present it to your lucky bridesmaids on the morning of your wedding! 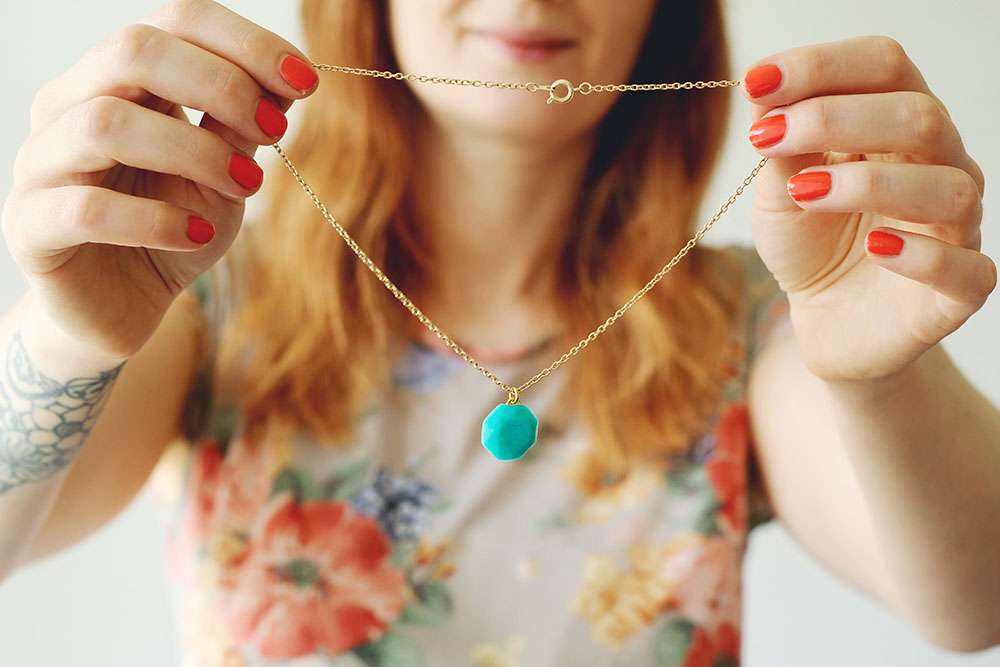 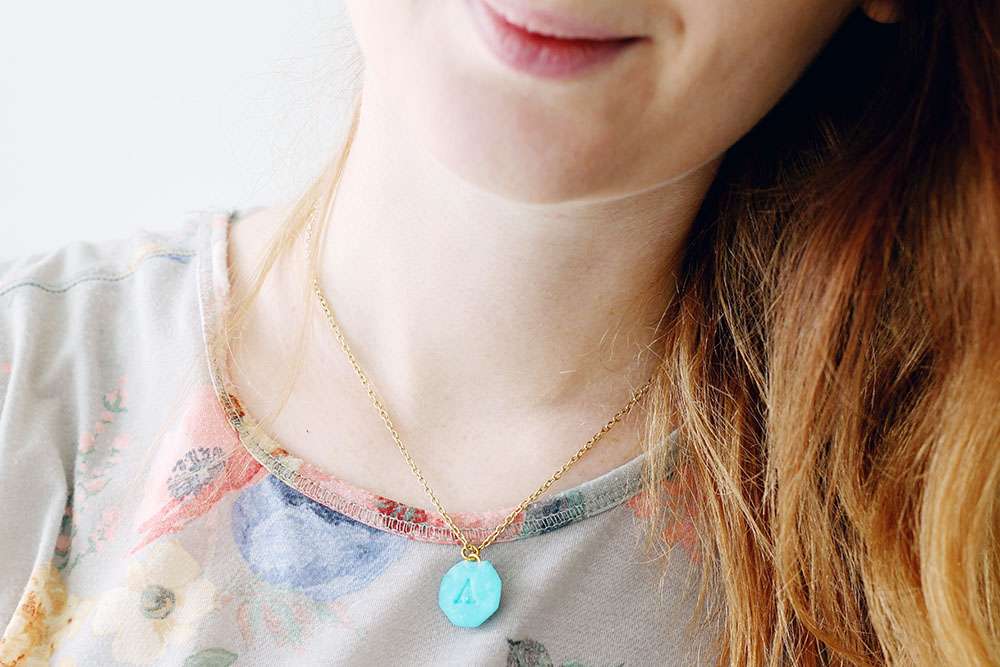 Want more DIY tutorials? Your wish is my command!