Katie and Dan had a teeny tiny wedding (just them and their parents!) at The Summerhouse on the Millbrook Estate in Devon in December. Because they kept their guest list so small, they were able to do exactly what they wanted and to pull it all off for under £8000!

Their smaller than average budget certainly didn’t mean they had to compromise on the things that really wanted. Katie had a custom wedding dress made by Jo at The Couture Company and they booked the amazing Shell de Mar to shoot the day. 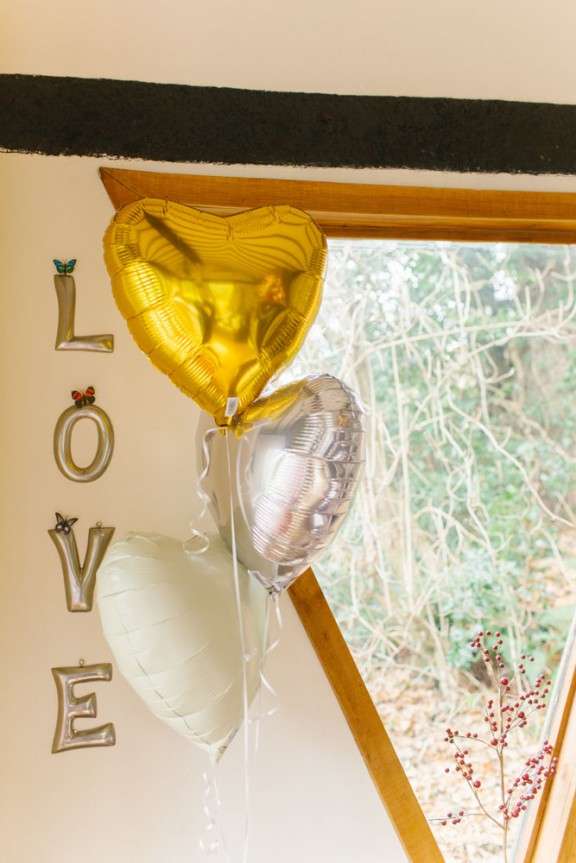 “We met Christmas 2007 through a mutual friend”, began Katie. “We had our first date in November 2008 at Birmingham’s Frankfurt Christmas Market and a year later Dan proposed at the Christmas Market, we celebrated our engagement with Glühwein and tiny pancakes covered in melted Nutella. With Christmas being such a defining time in our relationship already, we decided to get married on 14th December 2013 and to have a rustic, vintage and Christmas themed wedding! We just wanted cosy and laid back, we like to think we achieved that.” 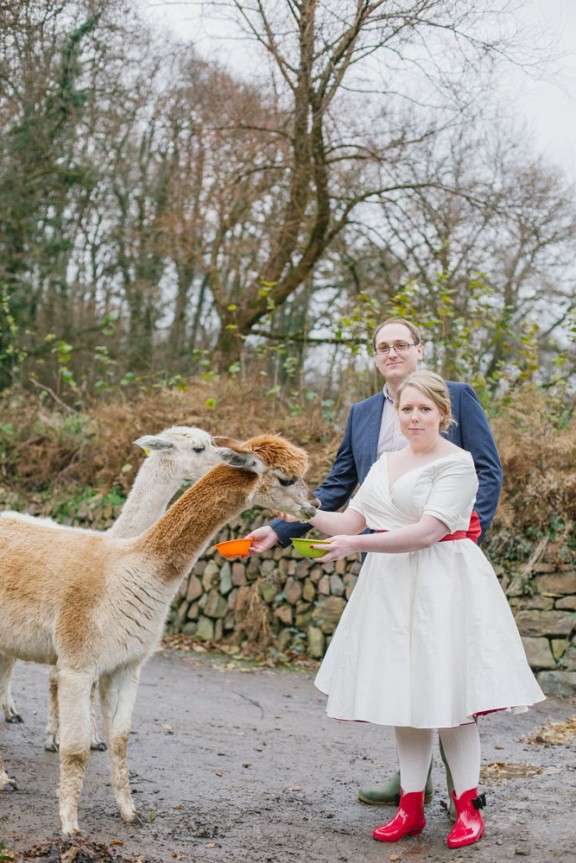 “The summerhouse was quite rustic and with the log fire going, the candles lit and the fairy lights twinkling”, she continued. ” It was incredibly romantic in there. Our wedding was unique because it was a teeny tiny wedding with just us, our dog and our parents. We got married in The Summerhouse (it was pretty much a glorified shed but that was fine by us, it was just what we wanted!) in front of a roaring log fire.” 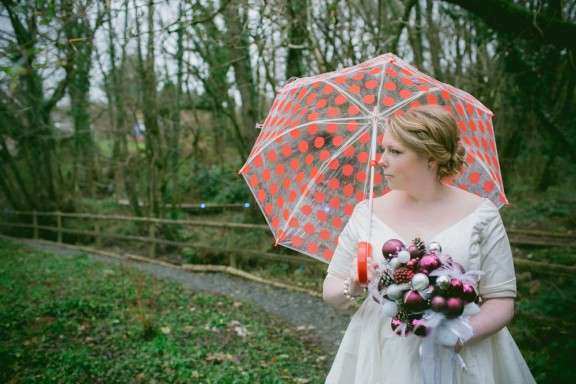 Not everything went to plan though, and they’d originally planned a very different wedding. “We actually had a wedding already planned but the venue went bust so it was cancelled”, Katie wrote. “It was a blessing in disguise though as it allowed us to take stock of what we wanted our day to be like and the whole format of the wedding changed. We picked Millbrook because they were dog friendly and let the dogs attend the ceremony. We wanted our dog Holly to be a big part of our day as she is a big part of our lives. I actually discovered Rock n Roll Bride after the cancelled wedding, when planning the second, and it spurred us on to really do the day just how we wanted.” 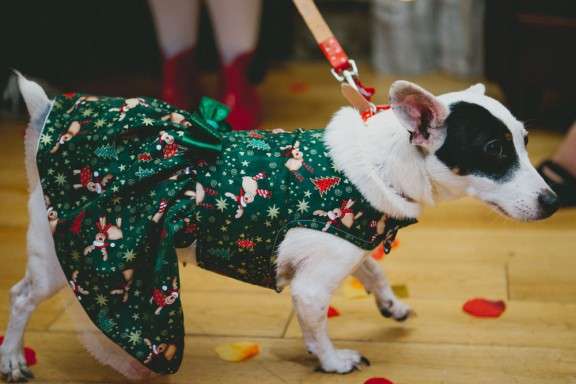 “We wanted it to be a lot more casual than a formal wedding, I find suits and morning jackets a bit ridiculous (also reminds me of pallbearers! Very jolly for a wedding!) so Dan’s outfit was from Next and we banned anything too formal! My dress was custom made by The Couture Company in Birmingham. It was my third dress! I had two meringue type things and kept thinking I wanted a meringue but they just weren’t working. Two months before the wedding I went and saw Jo and fell in love with my dress straight away. They were absolutely amazing fitting me in and getting my dress made on time.” 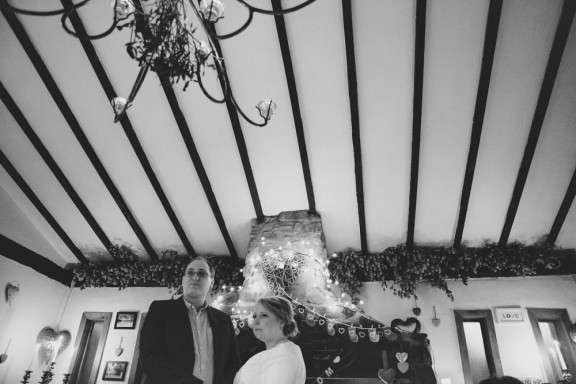 “The Vintage Party Company did the catering and provided gorgeous vintage crockery. We had a winter themed afternoon tea with finger sandwiches and mince pies with clotted cream. The most unique aspect of our wedding was the Alpaca feeding, it was a lot of fun and they are the cutest things! We have lots of lovely photos of us feeding them.”

“We saved money by having no guests as there were no meals and drinks to provide! My mother in law also made my bauble bouquet from a DIY tutorial that we found online. The biggest expense was my dress and the photography but they were both so worth it!” 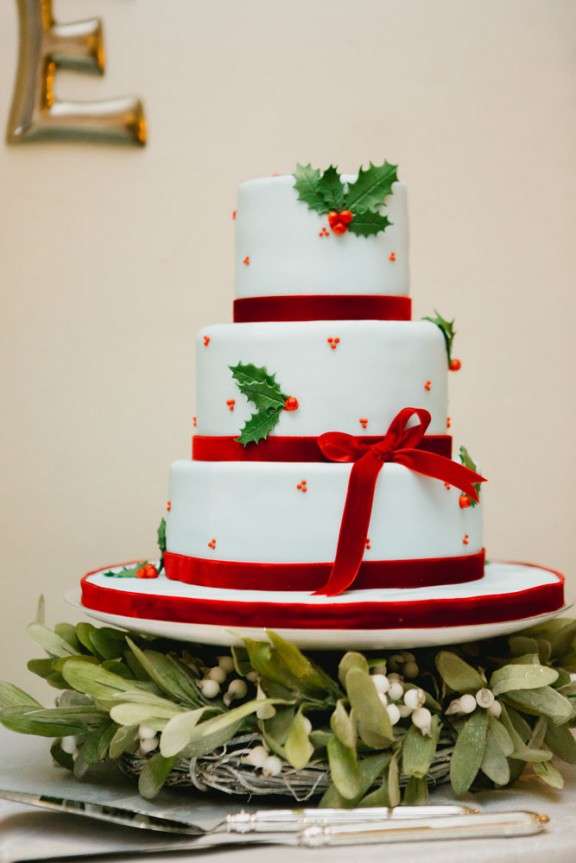 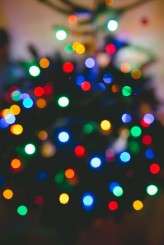 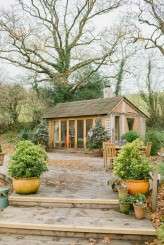 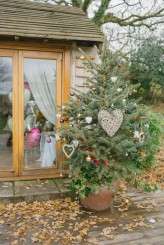 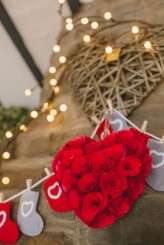 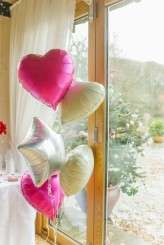 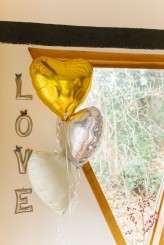 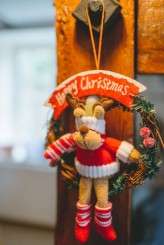 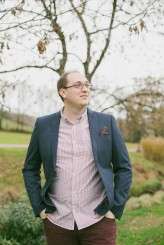 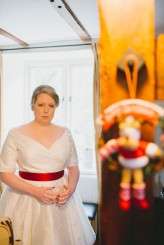 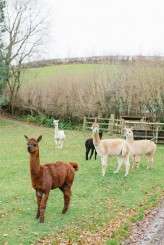 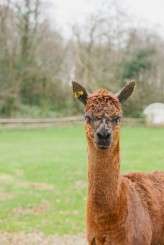 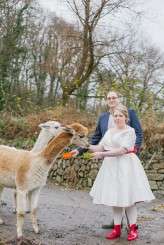 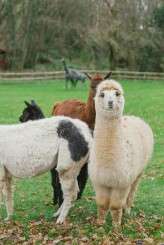 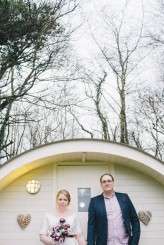 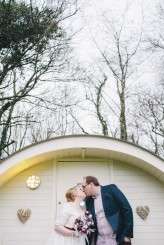 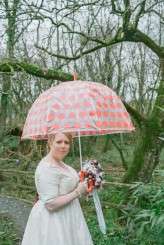 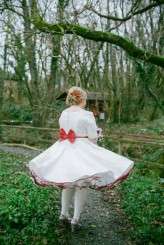 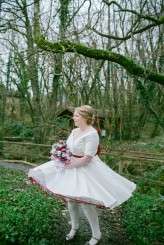 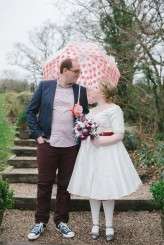 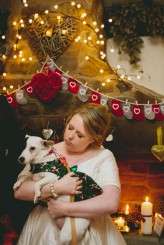 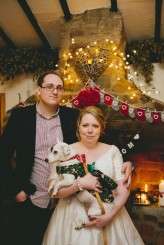 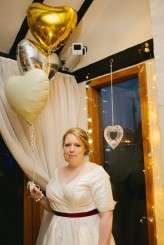 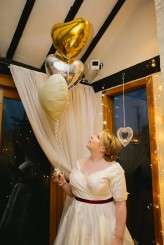