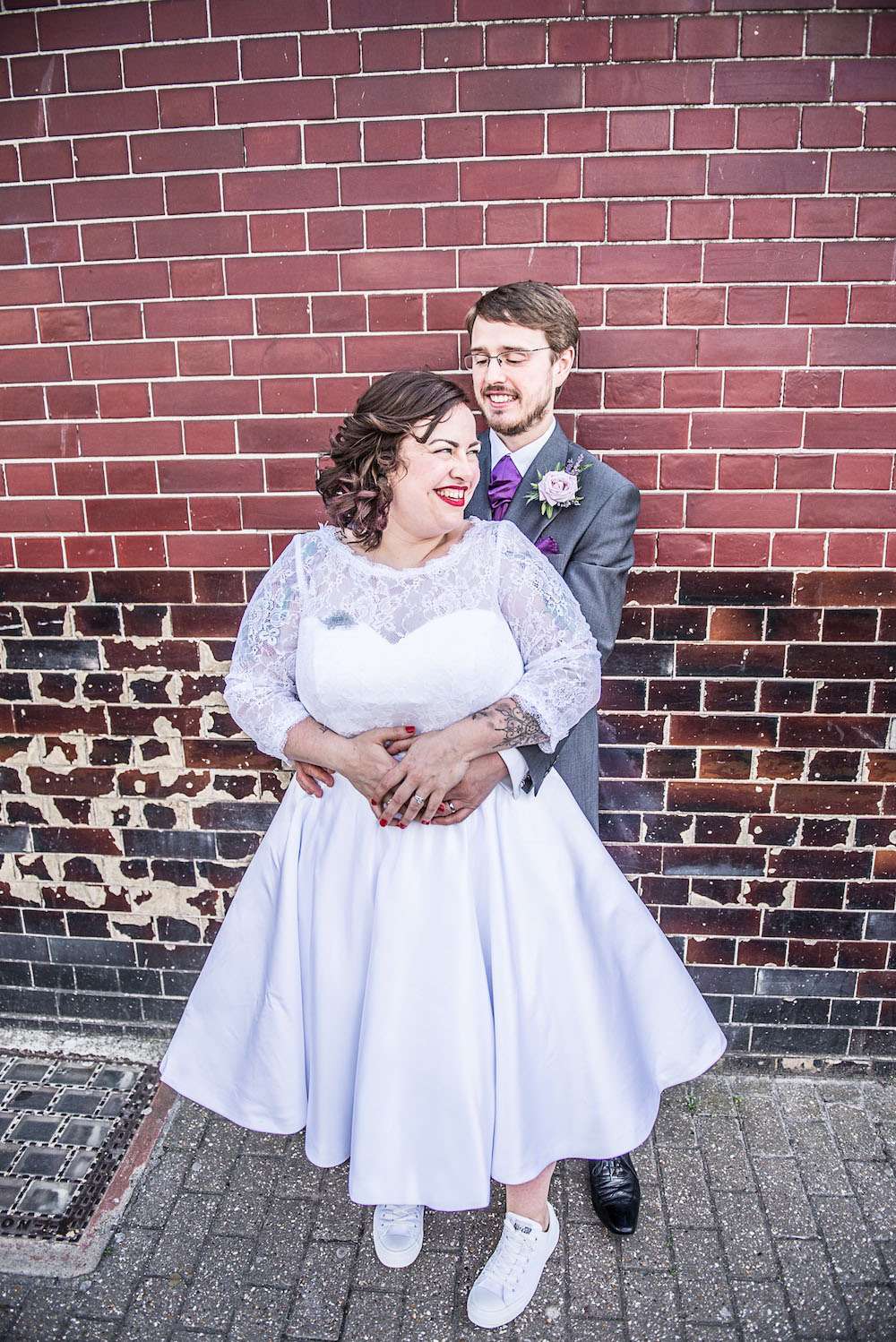 I was so excited to get Eileen’s email about her wedding because she wore the Gala bow from my collection with Crown and Glory at their reception! Doesn’t she rock it so well?! She and James were married at Brighton College and their wedding had a retro theme with geeky touches.

“We crammed so much of ourselves into the day”, began the bride. “We didn’t really set out to have a theme but people that came to the wedding said it was so ‘us’! We’re pretty geeky and love books and films. We nicknamed the venue Hogwarts so we made table confetti out of pages from Harry Potter books as well as vintage atlas pages. James proposed to me using a vintage map poster that he had marked out all the places in the world that we had visited so far and the places we’re going to go, and wrote across it, ‘Will You Marry Me?'” 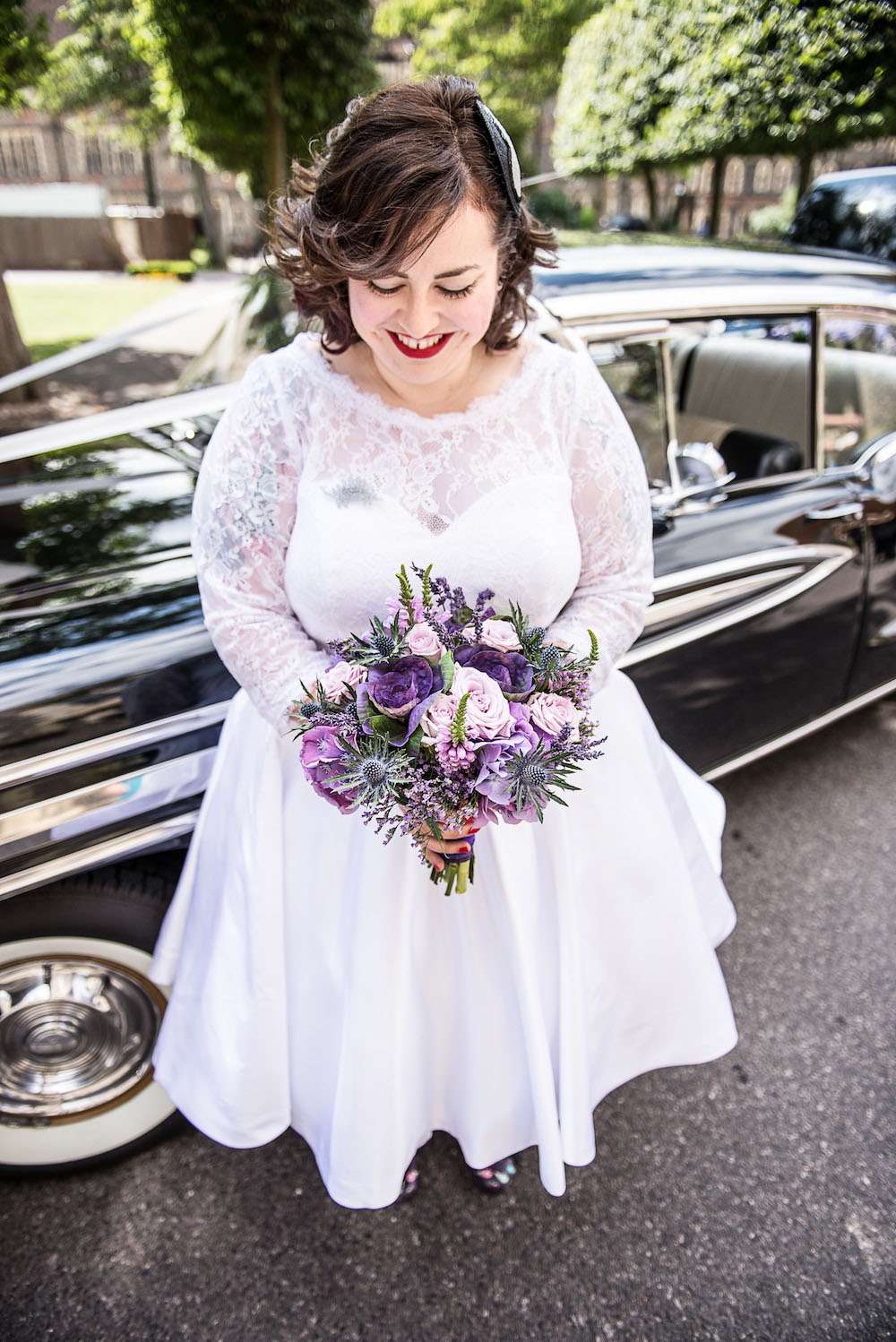 “Our table plan had couples from films that we both love and we gave the kids Harry Potter themed gifts. Our favours were little wildflower kits to save the bees, because I love bees (my mother in law knitted bees for the kids, too). We had DIY photo props, the top table had a crystal skull bottle used as a vase and I wore several glittery things including a dinosaur brooch and my Rock n Roll Bride for Crown and Glory hair bow!” 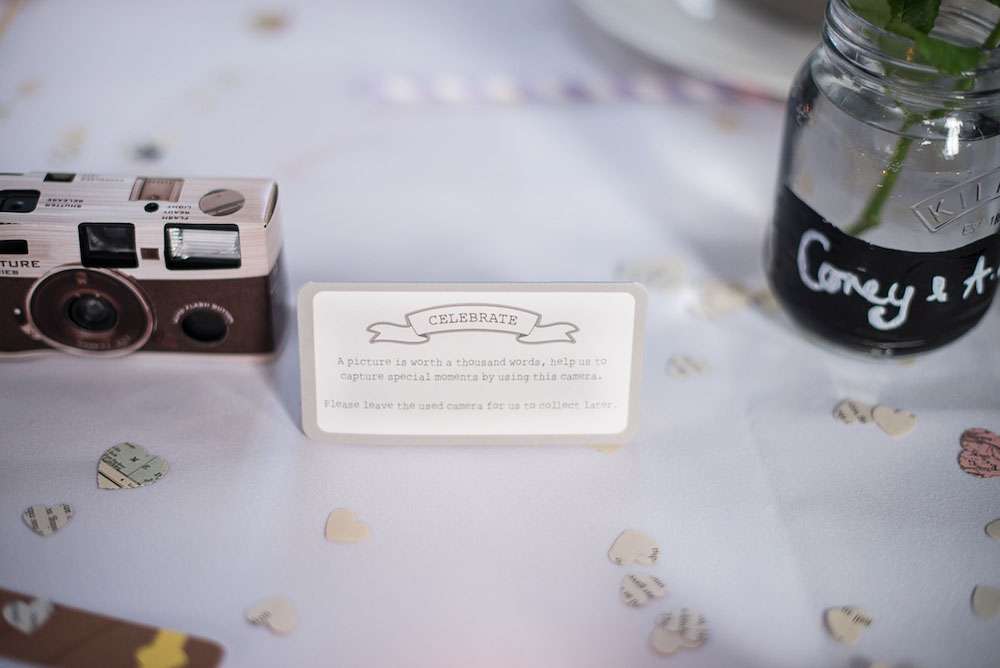 “The flowers also meant so much to me”, she continued. “I chose flowers that reminded me of my Gran, who passed away a long time ago. There’s a little story – my Grandad used to work at sea and each time he returned home, he’d buy my Gran Blue Moon roses. They’re a gorgeous colour. I couldn’t get exactly that type of rose because they’re not commercially available easily, but the florist got me such a lovely match when I explained why I wanted them. I also had hydrangeas as they used to grow in my Gran’s garden. When the flowers arrived on the morning of the wedding, I cried seeing them.” 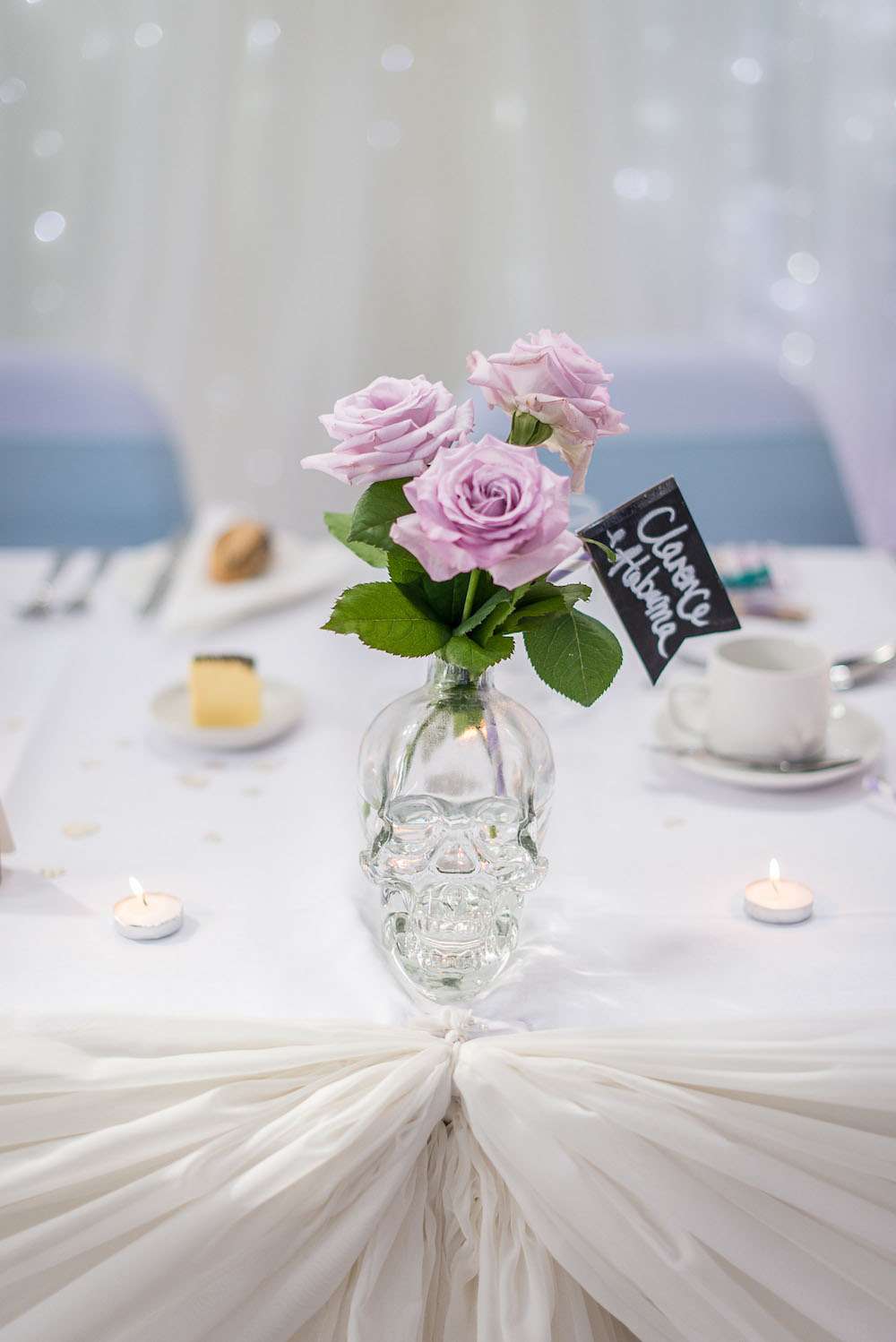 “We saved money on the décor”, she explained. “We decorated the Hordern Room the day before the wedding and we made all of it ourselves. I loved our ombre crepe paper streamer backdrop! I had painted jars with chalkboard paint and wrote on the table names, we made the bee kits ourselves and put out the confetti, cameras and photo props, too.” 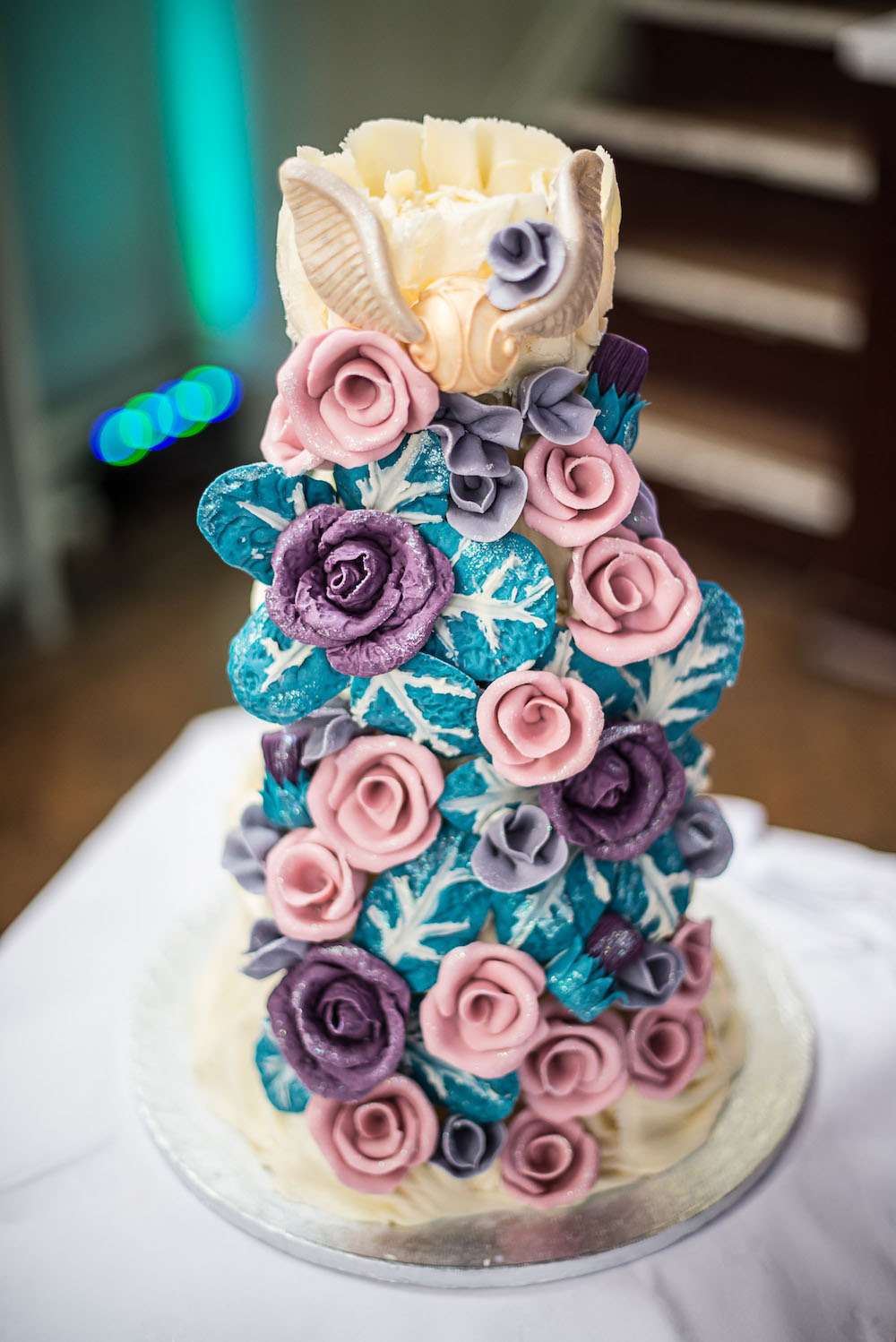 “We really splashed out on our cake from Choccywoccydoodah though!  We have been by the shop in Brighton so many times and looked at the window displays and LOVED them, and were lucky enough to be fitted in to their schedule.  We asked them for thistles, cabbages and a little nod to the venue, which we had nicknamed Hogwarts, there was a golden snitch at the top which was so super awesome! And lots of glitter!” 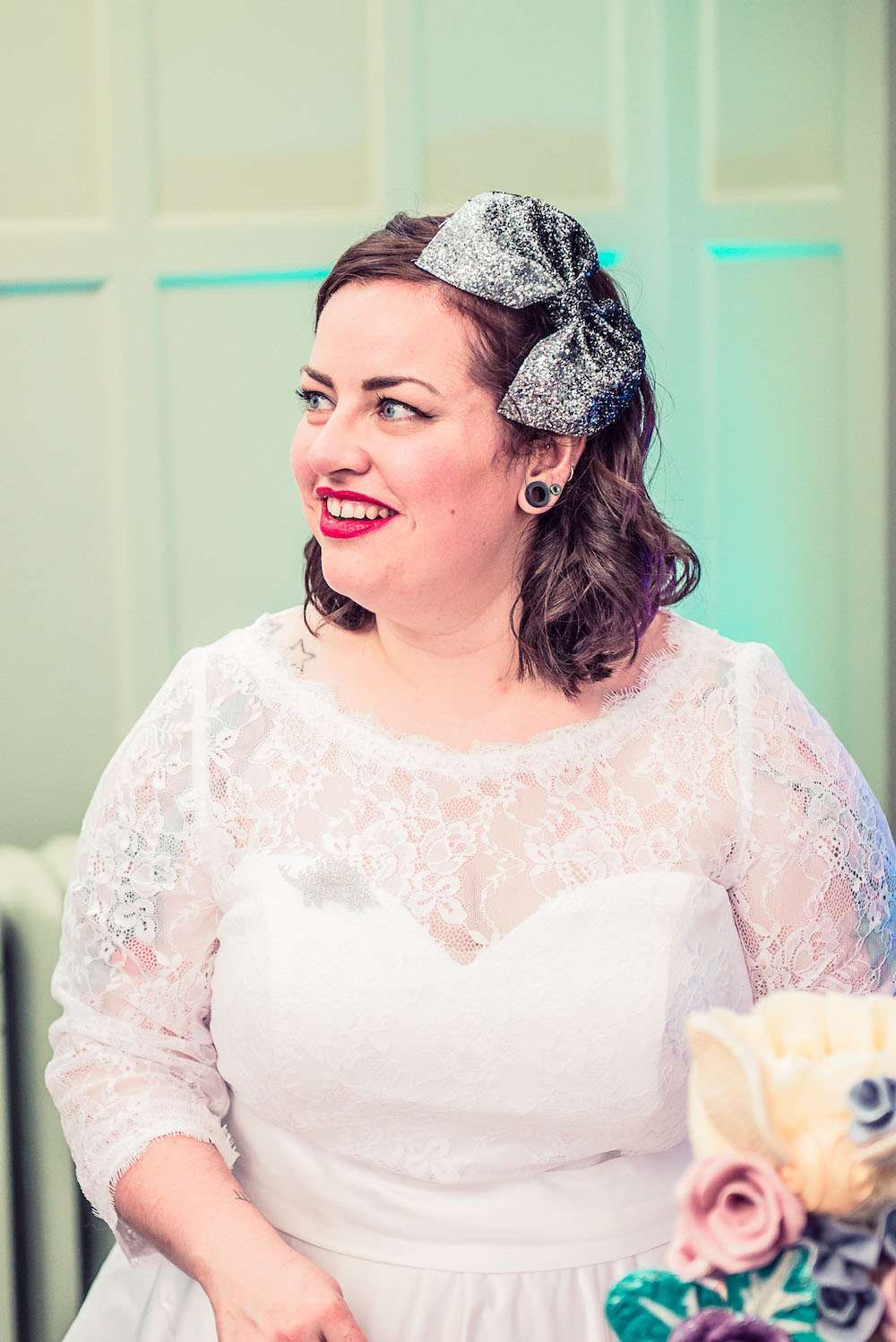 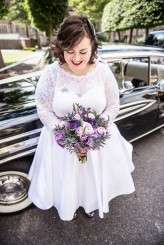 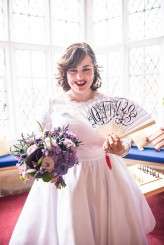 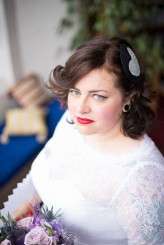 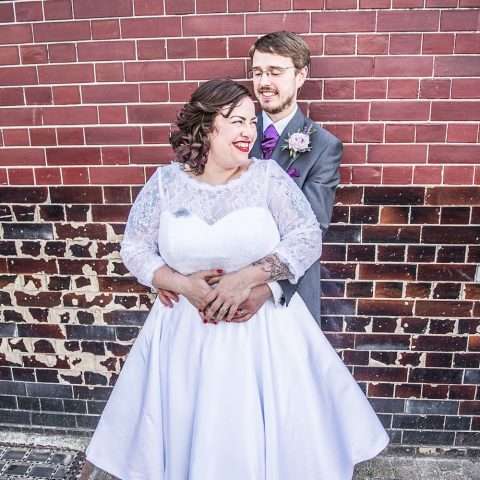 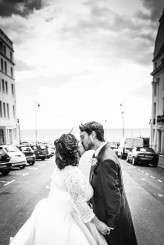 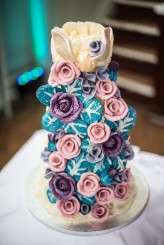 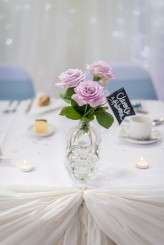 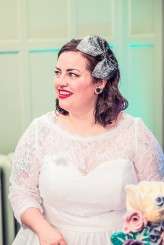 Nicola and Dan wanted their day to feel just like the weddings of their grandparents. They were inspired by pretty pastel colours, shabby chic details and street parties!

Married by Batman in a Kitschy, 1950s, Comics & Collectables Wedding!

Wil and Sah's Chippenham wedding was in two parts. They had their legal ceremony at the register office, followed by another ceremony for all their friends and family at their reception venue, The Old Road Tavern, their local pub.... Oh and their officiant was Batman!