Wil and Sah’s Chippenham wedding was in two parts. They had their legal ceremony at the register office, followed by another ceremony for all their friends and family at their reception venue, The Old Road Tavern, their local pub…. Oh and their officiant was Batman! 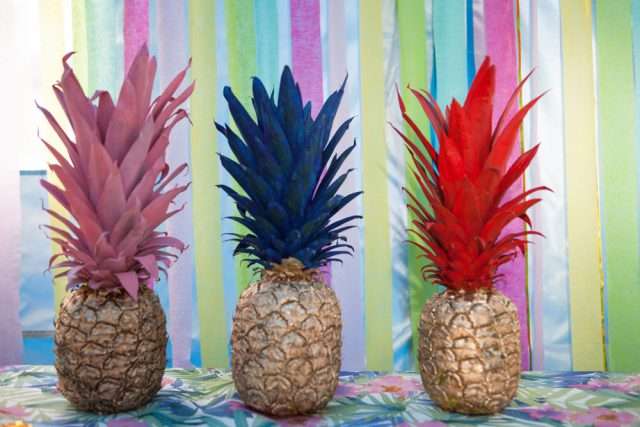 “We both love everything vintage and retro, particularly 1950s Americana and tiki, so that was a big inspiration”, said Sah. “Our flat is crammed full of retro toys, comics and collectables. It also goes without saying that Rock n Roll Bride Magazine was an endless source of inspiration! Particularly when it came to décor and anything visual. We had a mish mash of pink, glitter, leopard print, My Little Ponies, Americana and the 1950s. Right from the beginning I wanted all the colours, lots of pink but also all the other colours, bright and kitschy and clashy.” 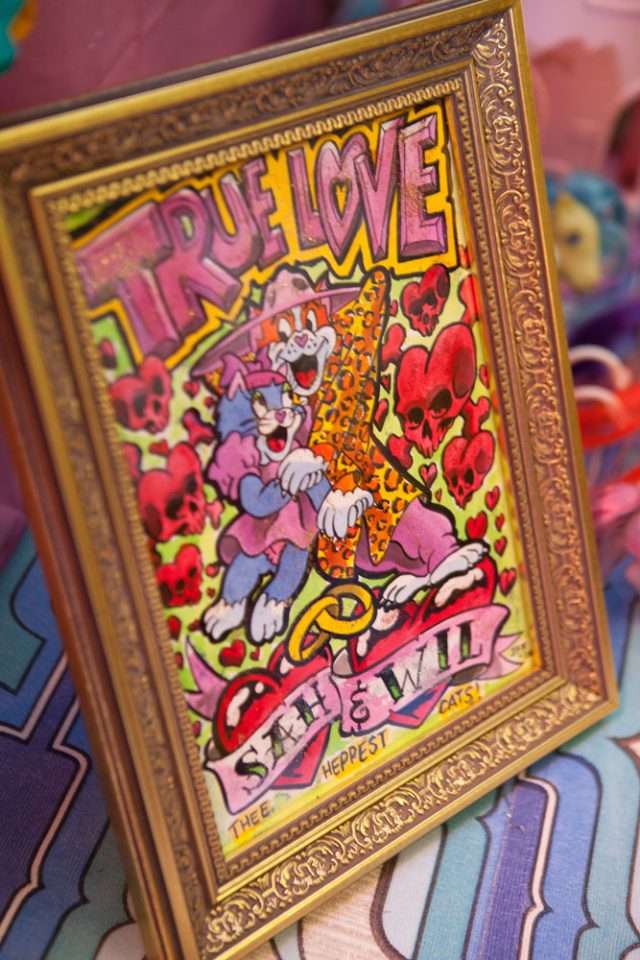 “As huge comic book fans, Batman in particular, the fact that we arranged for the Dark Knight to marry us sets us apart from most people’s weddings. We did the legal bit at the registry office during the day, because we had to. But the evening ceremony was entirely written by us and was, to us, the real wedding. Originally, we were trying to get Pam St Clements to marry us, as massive Eastenders and Pat Butcher fans, but it soon became clear that was going to be impossible. After lots of thinking and stressing, we asked a good friend of ours to dress up as Batman and do the honours. He has officiated weddings before, so was perfect in that respect. He is also a huge Batman fan and just a lovely, lovely guy so it just seemed like the perfect solution.” 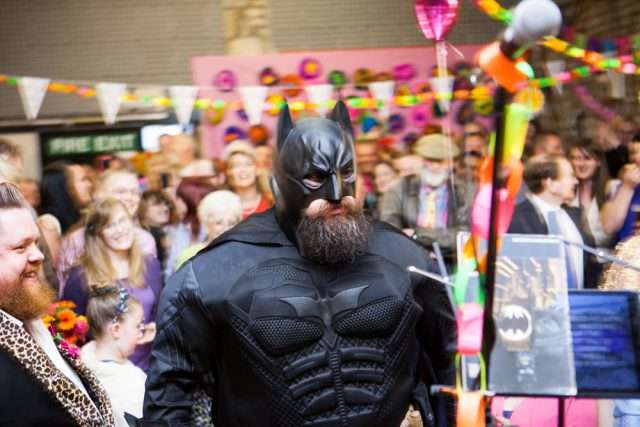 The bride wore two dresses – a white dress and headscarf from Etsy for the legal ceremony and a blue one made by her mother for the reception. Her mum made her sequin bolero too. “As a bigger bride, body positivity and everyone feeling comfortable was really important to me”, she continued. “Rather than choosing a colour scheme or bridesmaid dresses and forcing them on people, I asked my bridesmaids, and everyone else, just to wear something they felt comfortable in, whether that was PJs, jeans and a t-shirt or a full on fancy ball gown. It was more important to me that everyone was comfortable and happy than feeling out of place in matching dresses just so we could get a certain photograph or whatever.” 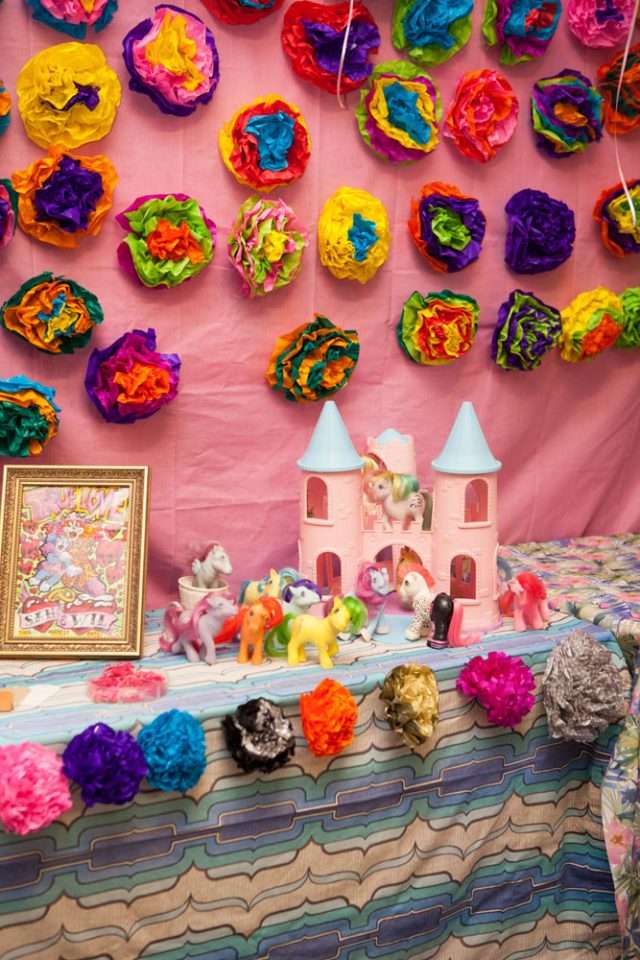 Their budget was £2000 and they managed to make that stretch really far! “We created about 500 bajillion tissue paper flowers that were used to fill the walls of the barn out the back of the pub and the beer garden. I also made a neon flamingo sign and the Chippenham Wedding Chapel sign which were in the barn. Friends of ours put together and decorated the wedding arch entrance way, which we all walked through. I made my own headpiece, encrusted with glitter and shiny things. The most impressive DIY project was probably my dress and sequin jacket which my incredible mum made for me. After lots of research and looking at different patterns and fabrics, we decided on The One. It was absolutely perfect and I’m so proud of my mum and grateful for all the time and effort (and patience!) it took.” 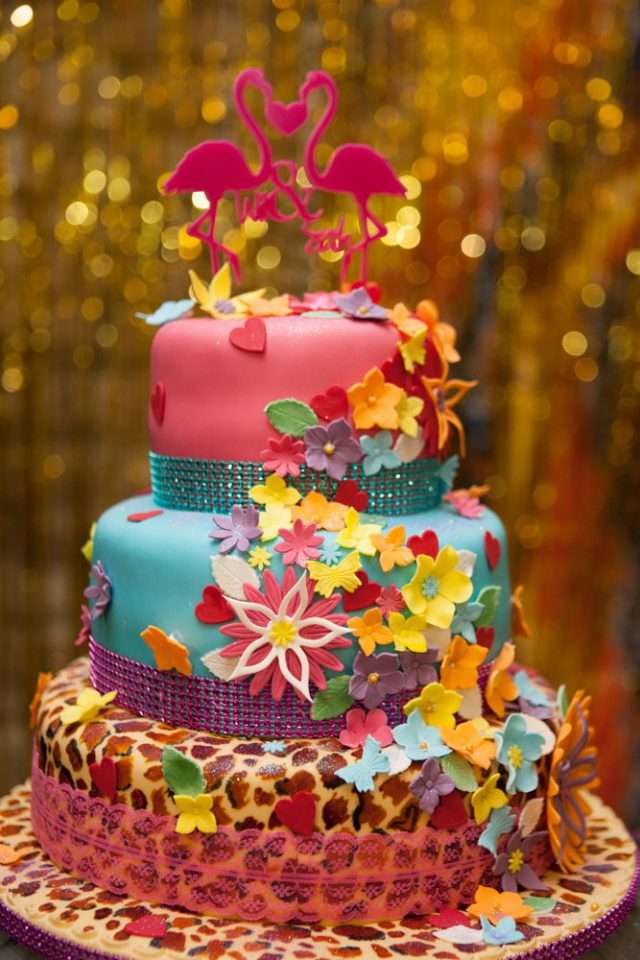 “Our biggest expense was probably the food. We wanted to have incredible food so we asked our friends who are experts to cater for us. Best decision ever!! However we really saved on the venue. We really wanted somewhere that was local and felt like home. Because The Old Road Tavern isn’t a wedding venue it wasn’t expensive to hire for the evening.” 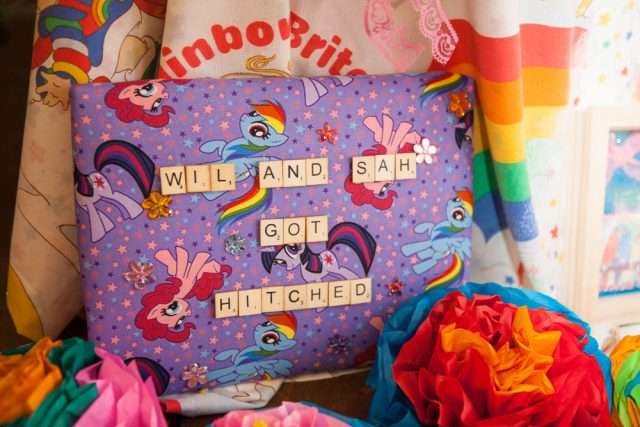 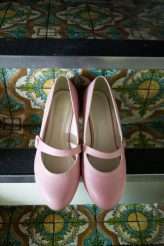 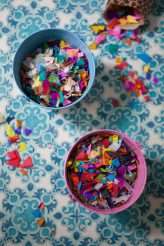 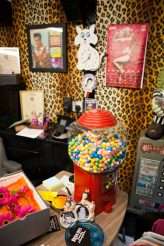 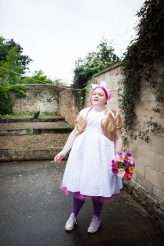 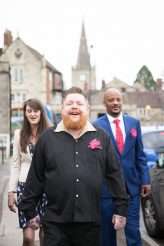 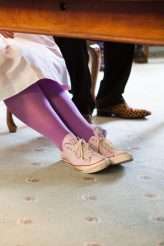 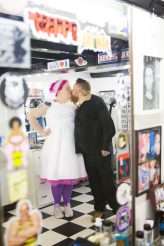 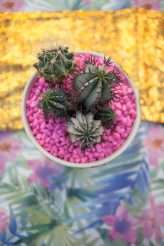 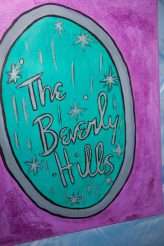 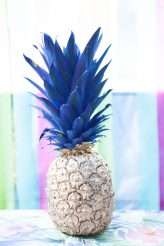 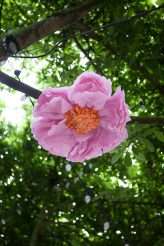 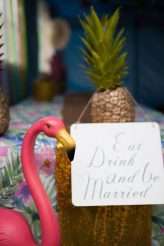 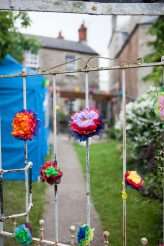 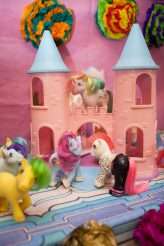 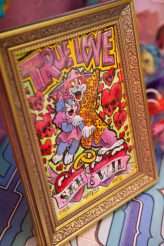 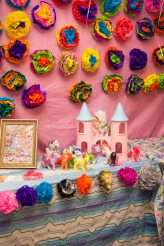 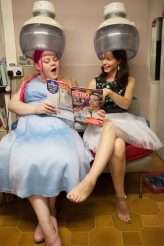 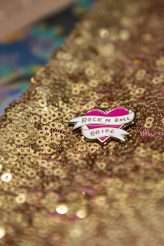 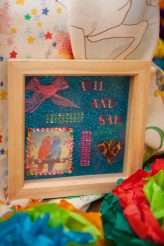 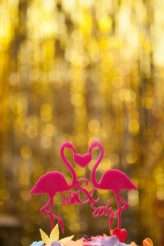 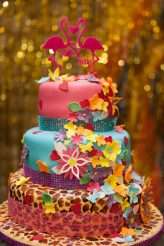 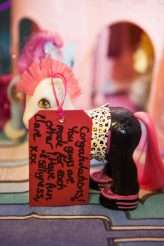 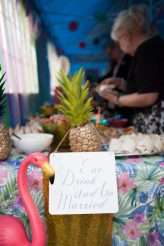