Nicola and Dan wanted their day to feel just like the weddings of their grandparents. They were inspired by pretty pastel colours, shabby chic details and street parties!

“I always wanted our wedding to be fun and reflect both of our personalities, and I think we achieved that”, said Nicola. “A lot of our guests commented on how much the whole day summed us up. We took our inspiration from an old photo I had of my Nan and Grandad’s wedding day from 1956. I wanted that old fashioned and East End feel. I would describe our wedding theme as a Jubilee street party and spring pastel chic! We had photos in frames on the head table of our grandparents who couldn’t be there with us.” 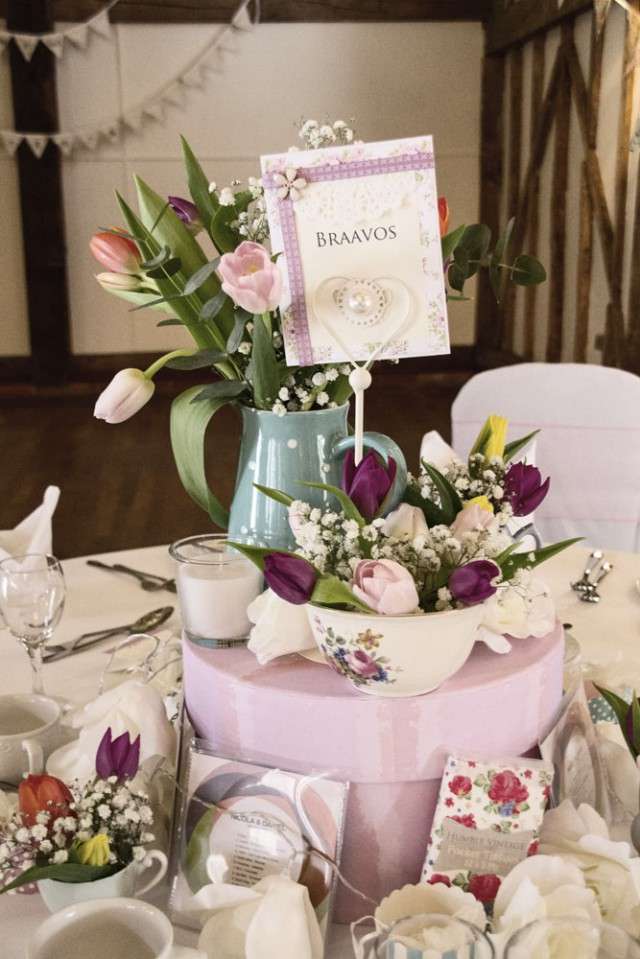 The bride wrote a 1950s inspired ballerina length dress from LouLou Bridal and after the ceremony she changed into Converse platforms which she embellished herself! “I customised my Converse with my initials N and W (my new surname is Warwick) and stuck on some pearls and a little bride and groom”, she explained. “Other DIY included all the pom poms which my mum and sister made and hung from the beams. We also made our favours which were CDs of our favourite music and little sweet boxes of sugared almonds and flying saucers. I sourced all of the china tea cups and saucers, teapots and jugs from various charity shops.” 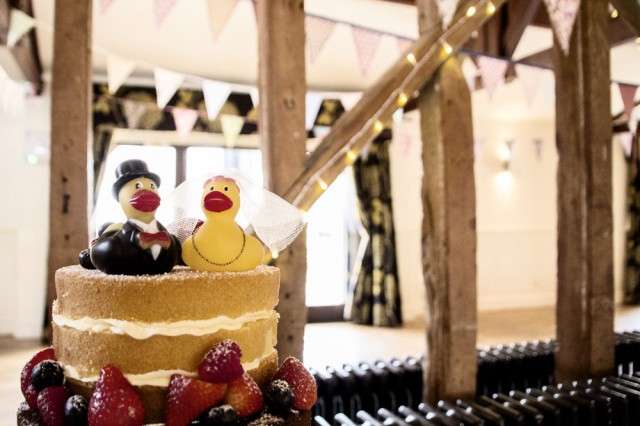 “One of the best moments of the day was actually getting ready in the morning. It was so chilled and we were having champagne and strawberries as the bridesmaids were getting their hair and make up done. I also helped to set up things like the flowers, arranging the tea cups and tea pots and adding finishing touches to the room. There was no stress or nerves in the morning it was really peaceful and calm.” 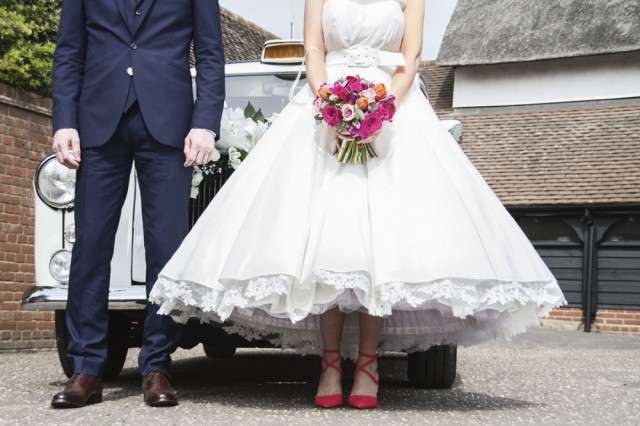 “To be honest we didn’t have a huge budget and I managed to get nearly everything for a reasonable price”, she continued. “I got all four bridesmaid dresses from ASOS for under £200. I sourced all the decorations for the tables and barn from charity shops, and my family made the bunting. My Converse came from TK Maxx for £20 and the customisations cost me under £10! I got fairy lights, candles and other finishing touches from all different high street shops in the sales. Finally, my dress was a bargain at under £600 and my red shoes were £35 at Next! You can really bag some great deals if you look in the right places.” 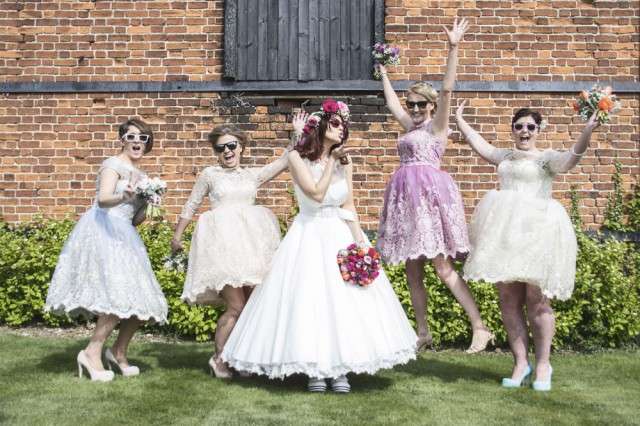 “There is not a single thing we would do differently about our wedding”, Nicola concluded. “We both set aside an hour or two every few weeks to sit down and talk about the wedding and make joint decisions together. I loved that we did this. In fact I loved planning our wedding so much I am starting my own wedding styling advice company!” 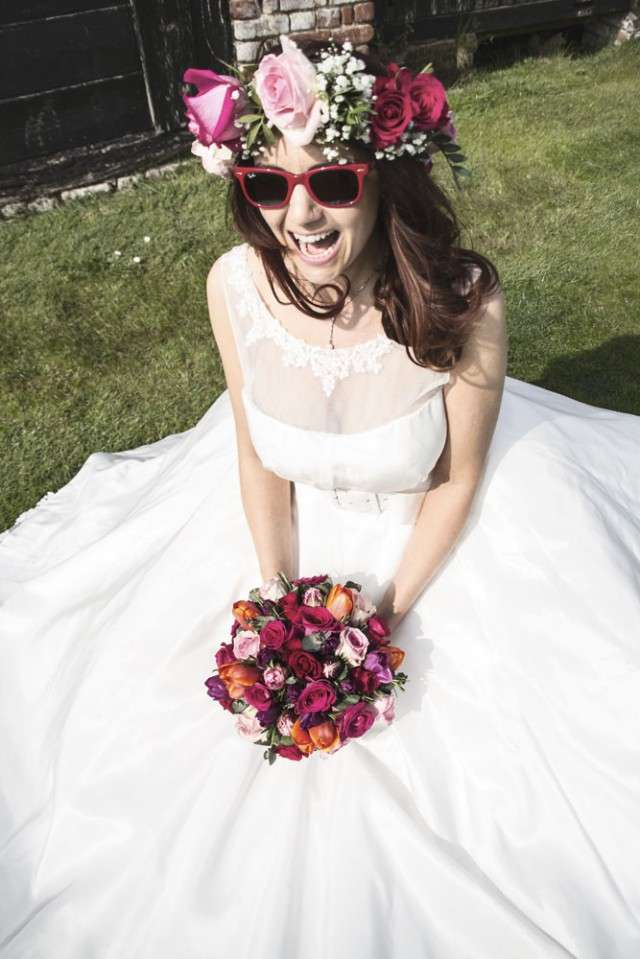 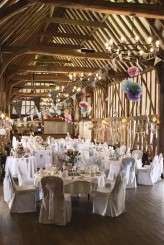 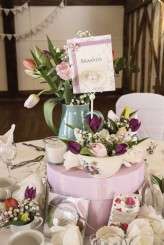 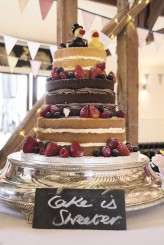 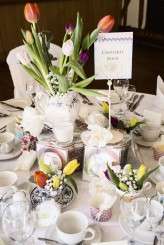 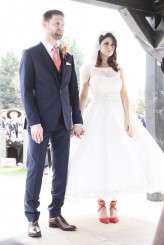 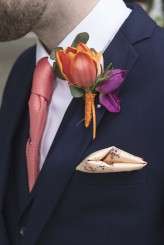 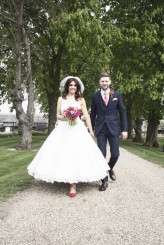 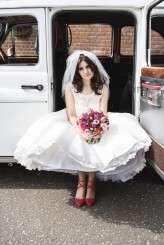 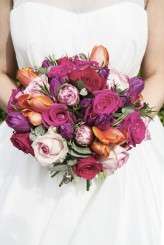 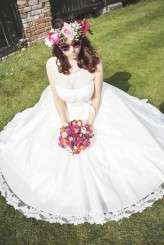 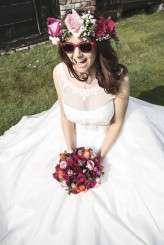