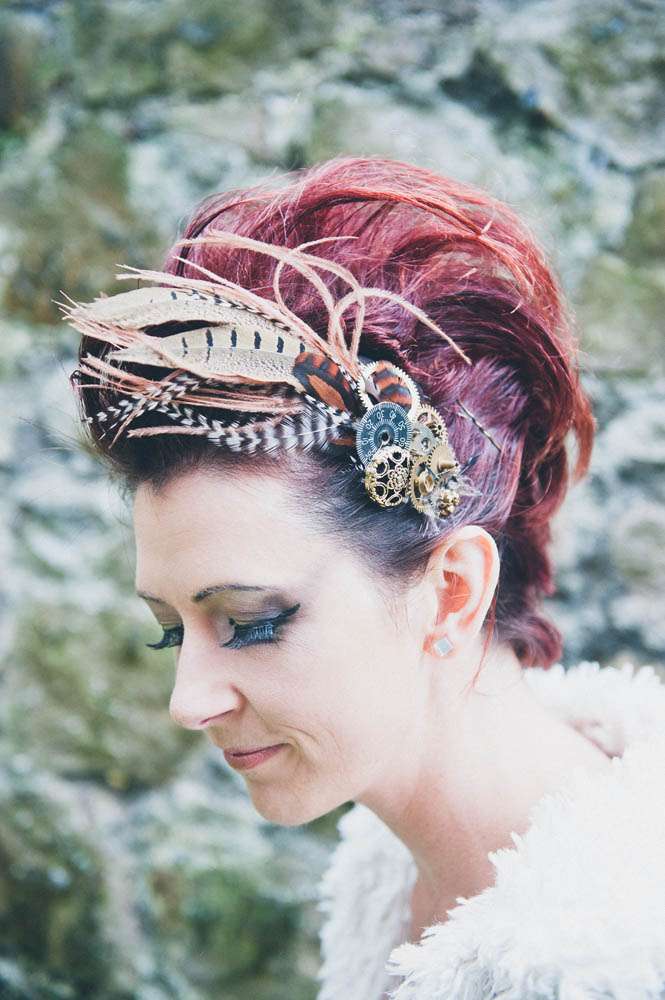 Steampunk weddings are always incredibly popular when I blog them, so I’m thinking that a lot of you are going to adore this super simple but awesomely cool steampunk inspired DIY idea. Still looking for something to wear on your noggin? Well look no further… 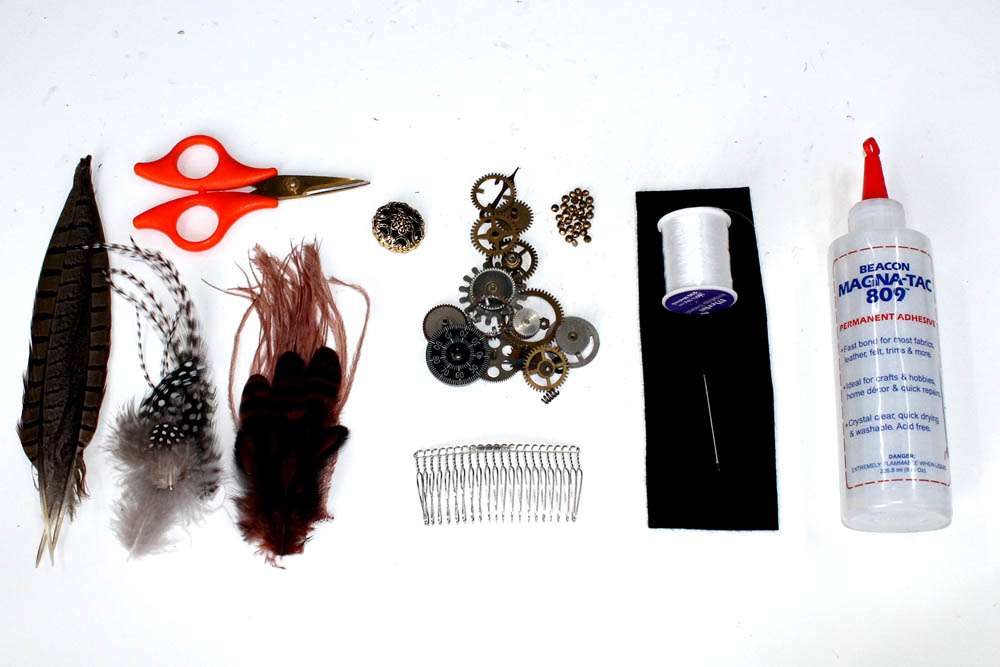 Step One: Place your comb onto your felt and mark out the size. Draw an oval a little bigger than the comb length and cut it out. 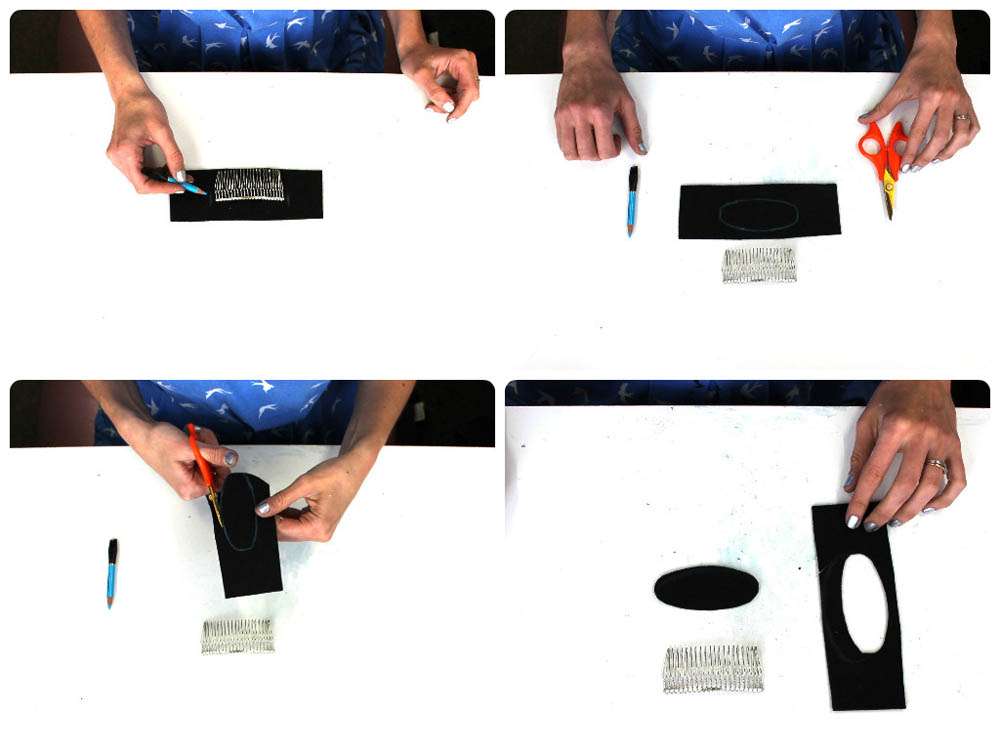 Step Two: Run glue along the top of the comb and stick it to the felt. Stitch the felt to the comb too – this makes it extra secure. Separate your selection of feathers into size order and starting with your longest feathers, apply a little glue to the base of each one and arrange them on the felt. 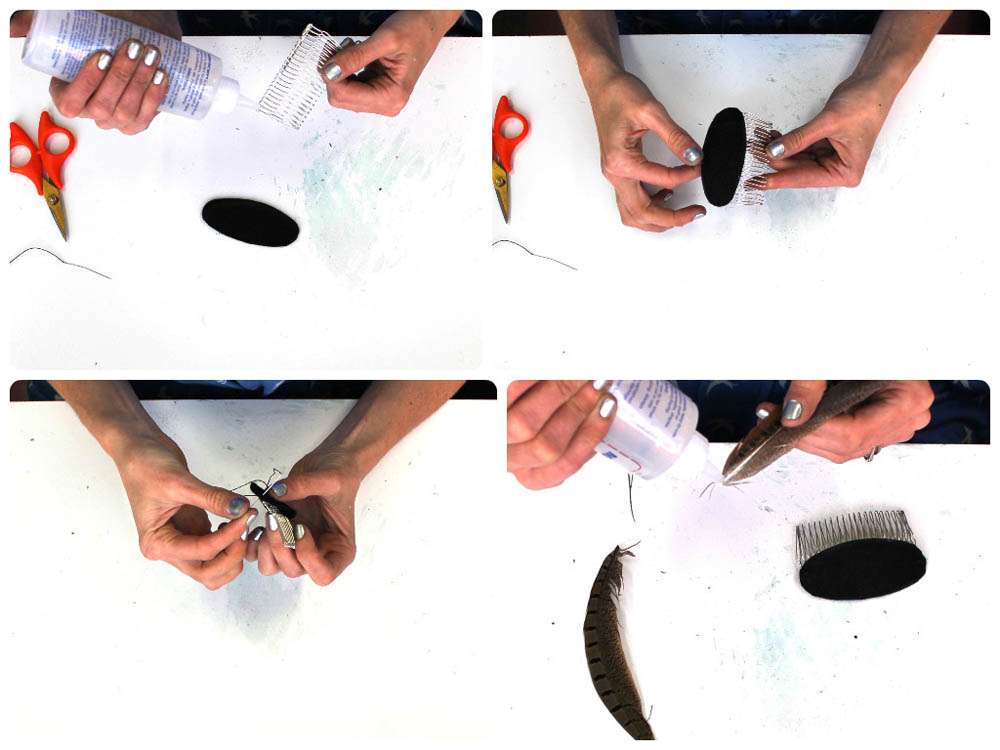 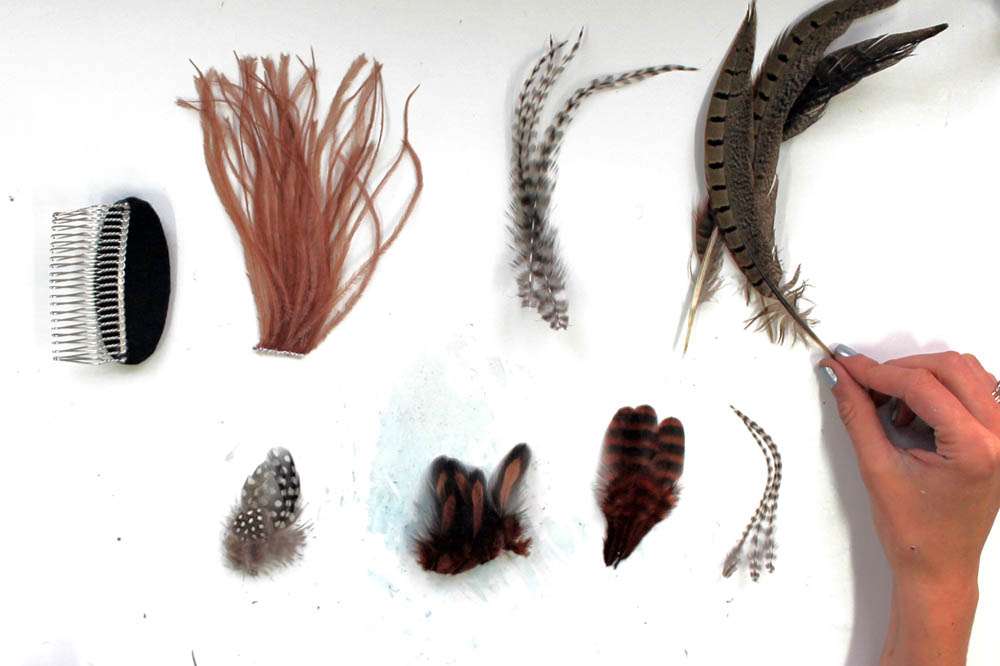 Step Three: Starting with your longest feathers, apply a little glue to the base of each one and arrange them on the felt. Build up the layers with texture and colours working from longest to shortest moving along the felt base. Finish with a layer of small feathers at one end. 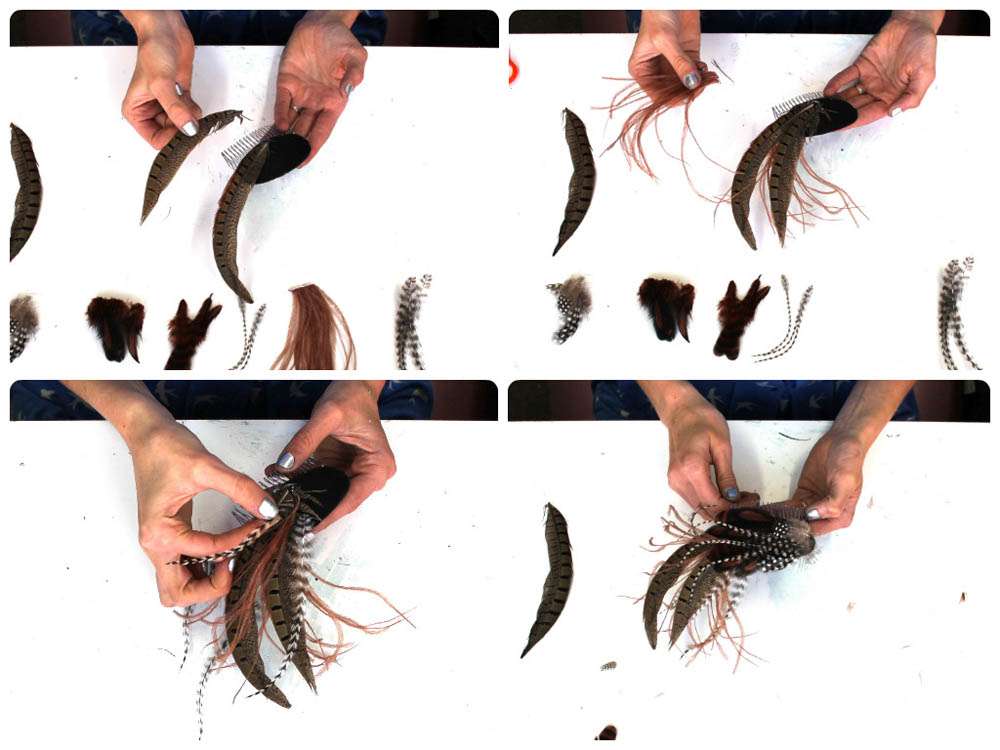 Step Four: Get your needle and invisible thread and start stitching your cogs over the small feathers. Layer the cogs in a way which makes them look like they are part of a working machine. Glue any clock faces, dials or buttons that you can’t stitch. 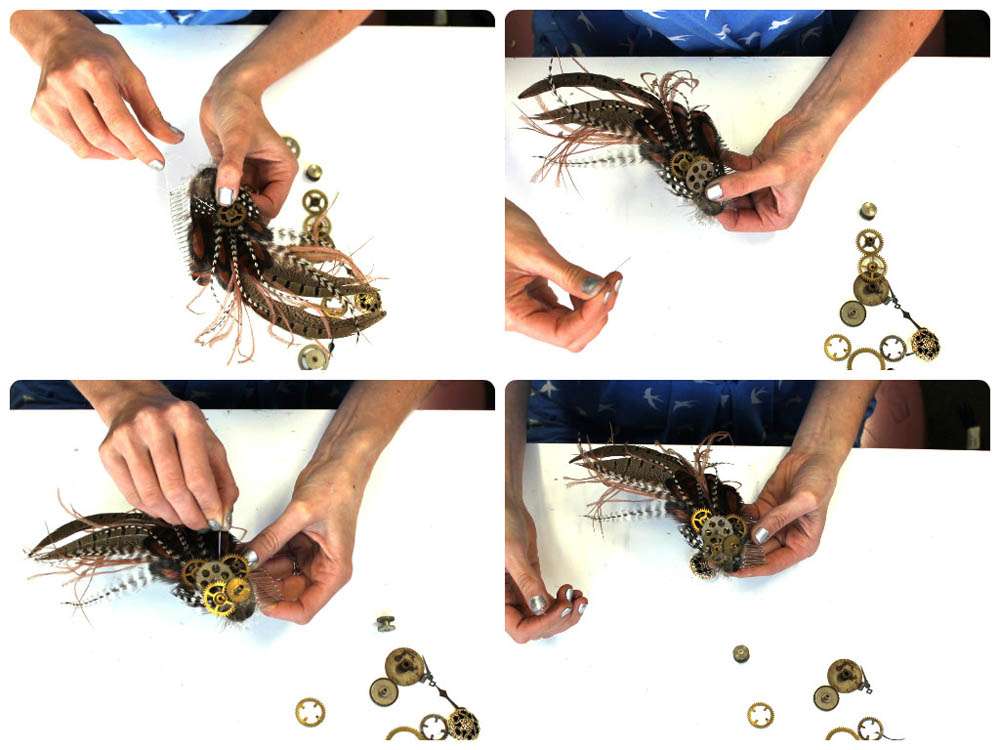 Step Five: Stitch a few sparkly crystal beads at the very end of the comb to give it an extra sparkly dimension – and you’re done! 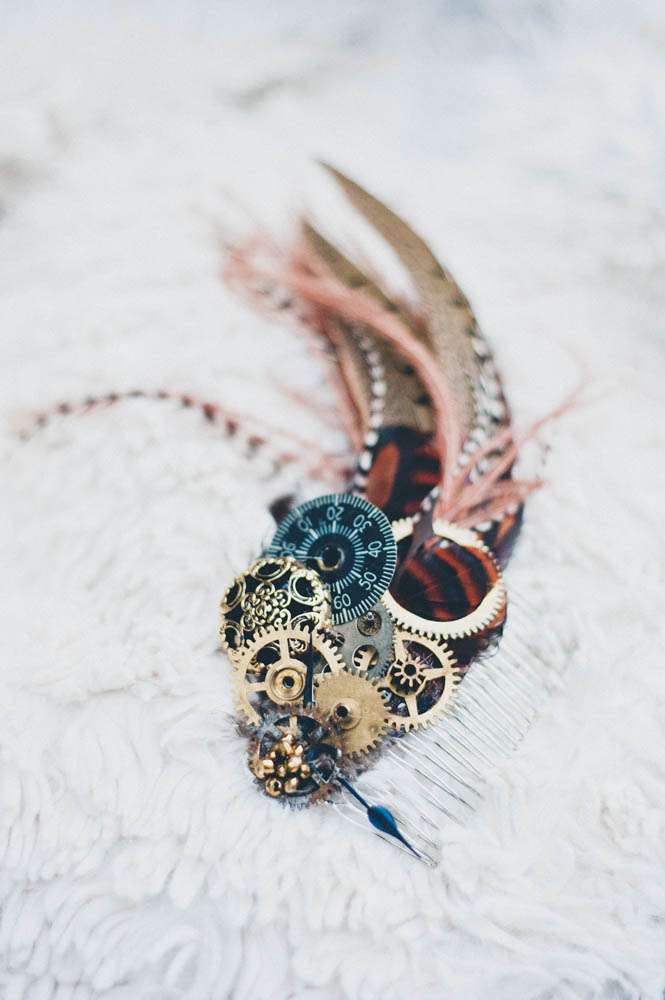