The next adventure on our whistle-stop tour of Queensland was Surfers Paradise. After a quick drive from Dreamworld with our Tourism and Events guide for the day, Jess, we arrived ready for a surf lesson and bike tour!

I’m not going to lie, I wasn’t particularly looking forward to surfing. Although I love the water I’m not the most athletic of people and the thought of hurling myself into some rather giant and scary looking waves filled me a little with dread. 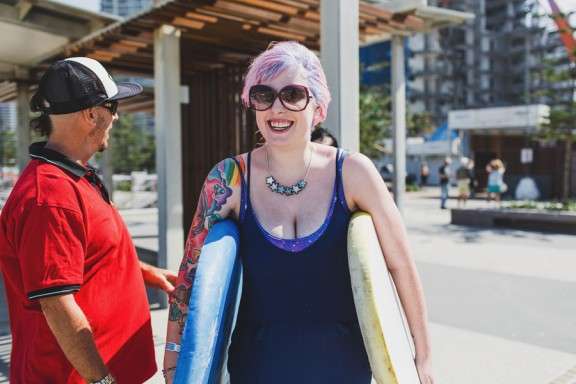 You can’t really tell from this photo, but that’s a grin that says “OMG are we actually really doing this?!”

The beach was glorious, with the Gold Coast skyline just behind it. As Shauna lounged in the sun, Gala and I headed over to meet our surf teacher, Patrick from Cheyne Horan School of Surf.

Patrick didn’t seem to sense our trepidation (or if he did he definitely ignored it!) and he dived right in to the lesson. He also clearly had much more faith in our abilities than we did because after the briefest of introductions he told us to head out into the waves and give it a go. ARGH!

I glanced at Gala nervously and could sense her thinking the exact same thing as I was “Oh crap, are we actually really doing this?” 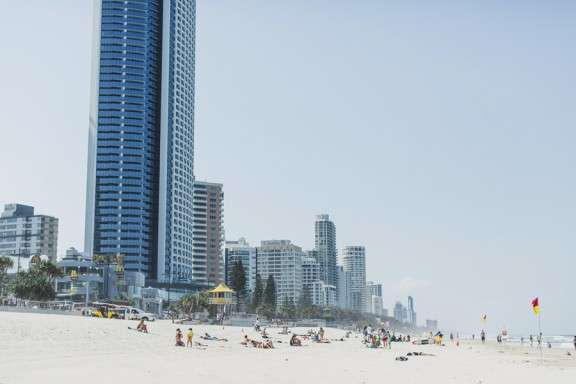 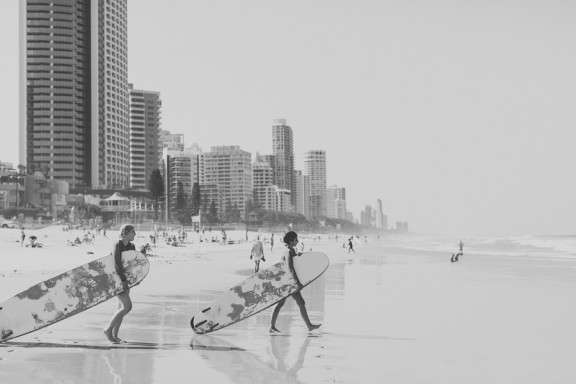 I fell off my board on the very first try. Head first into the water. Brilliant. My grand plan of taking it easy, grabbing a few Instagram-worthy shots and then bailing was completely scuppered. My hair was drenched, my make up running down my face and the oh-so-flattering (ahem) rash vest clung unforgivingly to my saturated body.

“Well if I’m gonna look as bad as this, I might as well at least try to do it properly!” I reassured myself. 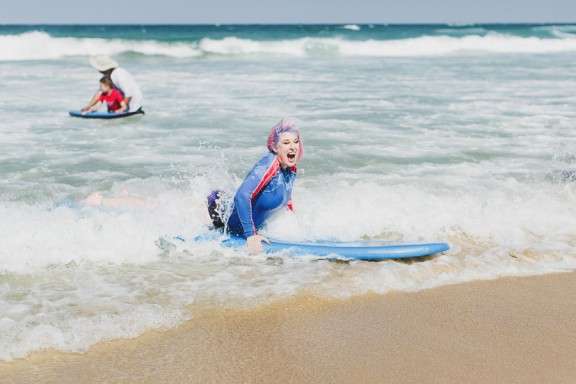 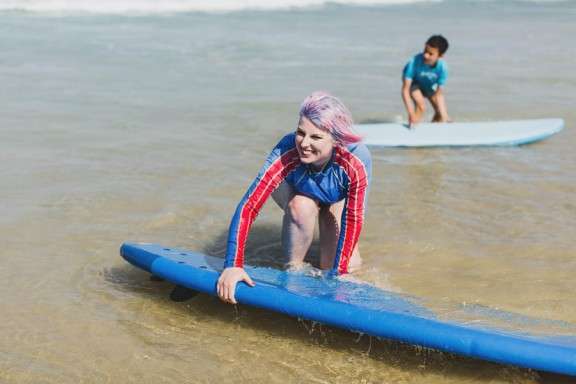 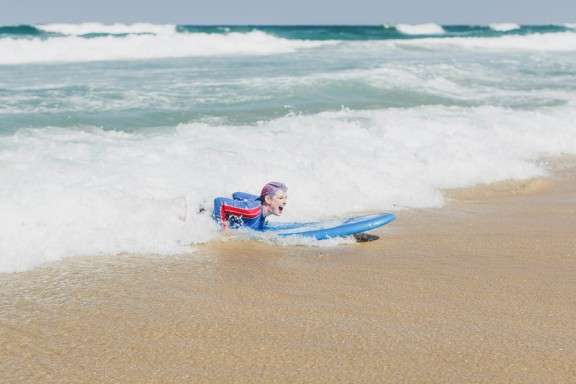 Gala, on the other hand, was a complete natural. While I was Keanu (only with much less style), she was definitely the Patrick Swayze in this real life scene from Point Break. She made it look easy while I flailed around and tried not to get frustrated with my immense lack of co-ordination. 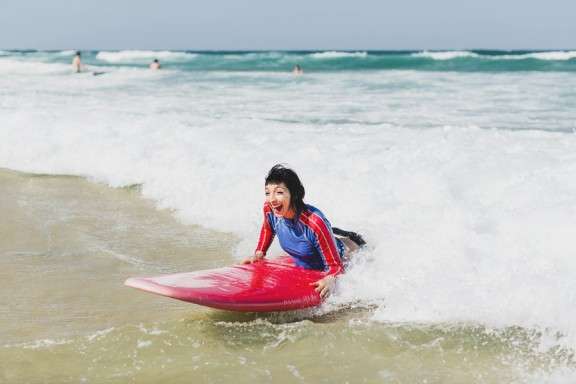 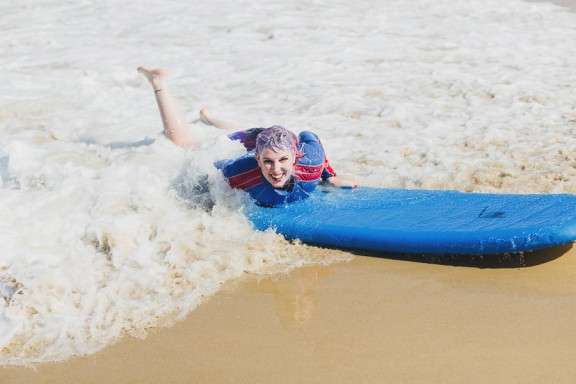 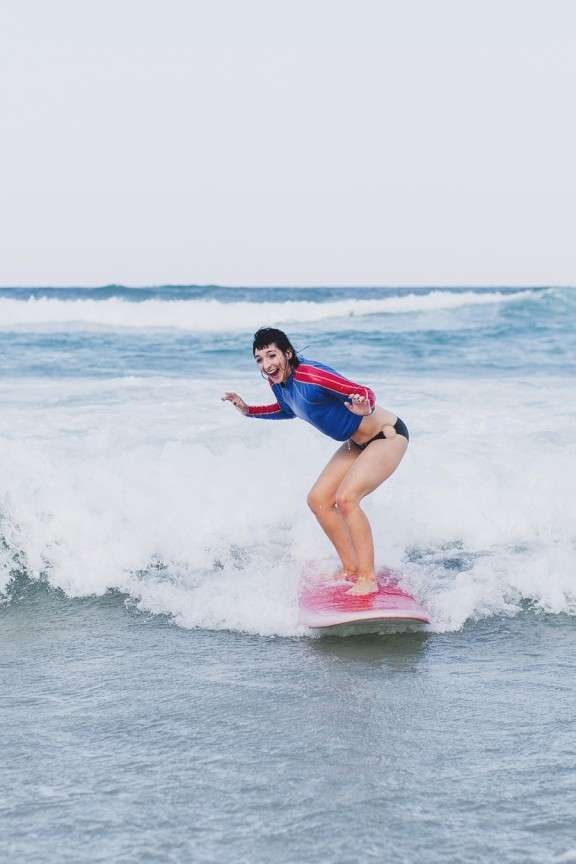 I was determined not to let it get the better of me though and with Patrick’s (the surf instructor, not Swayze) help I actually managed to stand up… for approximately one second… while he held onto the back of the board. Result! 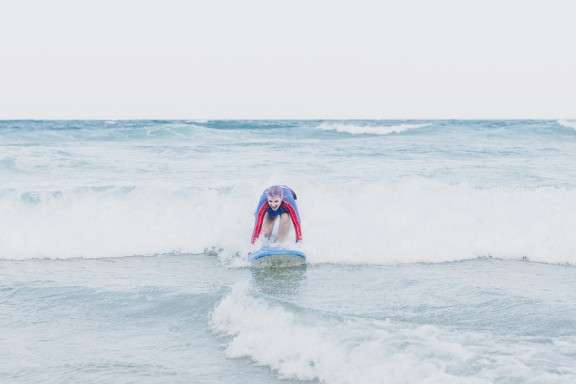 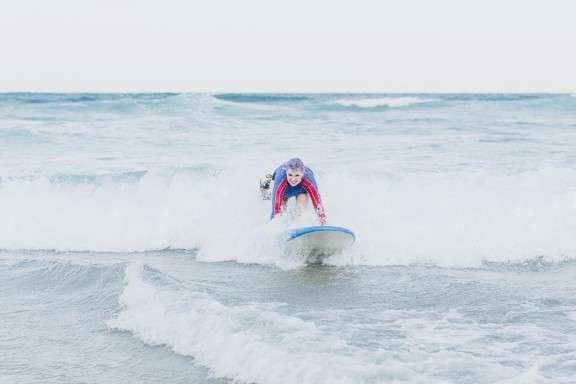 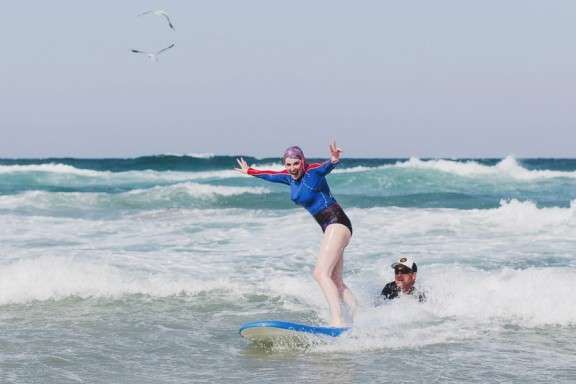 After saying goodbye to the water it was time for something much more leisurely – a cycle ride around the beach. We borrowed the bikes from the QT Gold Coast, where we stayed for this portion of the trip. 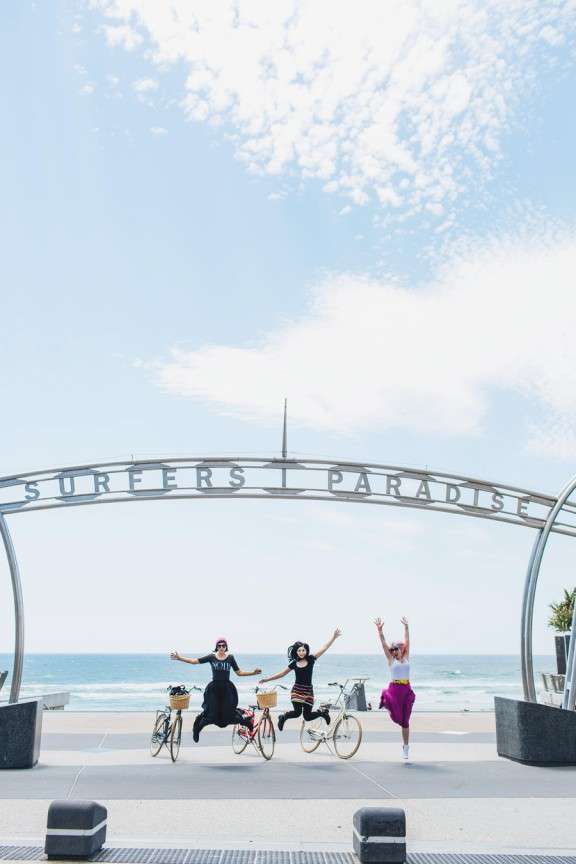 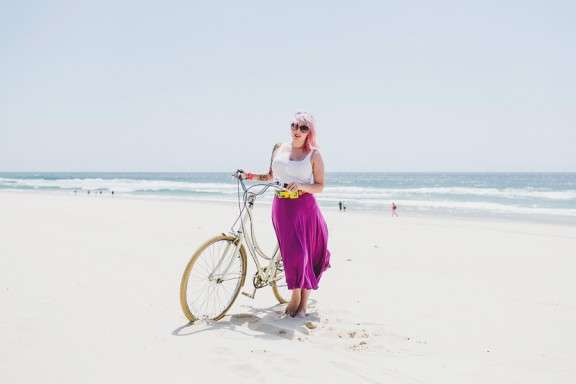 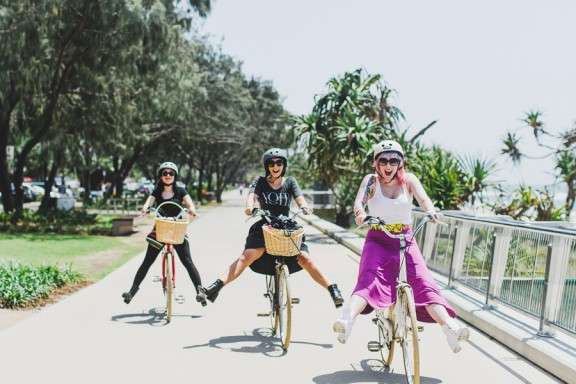 Are you going on a beach holiday for your honeymoon? If so I’d definitely recommend doing a surf lesson – if nothing else you’re sure to giggle a lot!

Honeymoon Travel Guide: Swimming with the Fishes on The Great Barrier Reef

One of my ultimate highlights of my trip to Queensland was snorkelling on the Great Barrier Reef. It wasn't something that I ever thought I'd have the opportunity to experience and I nearly squealed with delight when I found out that it was on our itinerary.

When the initial email from Celeste at Tourism and Events Queensland came into The Blogcademy inbox asking us if we’d consider an all-expenses paid trip to Queensland I nearly deleted it, assuming it must be spam. I mean, this kind of opportunity doesn't exactly come knocking on your door everyday. After verifying that Celeste wasn't, in fact, just playing a rather cruel prank, we started to plan our epic adventure down under!

When you decide to book a holiday, what's the first thing you do? You probably figure out if you want to go lie on a beach, explore a new city or throw yourselves wholeheartedly into some kind of action/ adventure sports trip. Next, you might want to know how the weather is at the time of year you plan to travel. Then you'll probably look up what the local food is like, research the must-sees and investigate all the popular sites to see if they sound like something you'd enjoy...

After our time at Kurumba I wasn’t sure how the next resort would be able to top it but MY GOODNESS were we in for the shock of our lives. Faarufushi is the newest five-star resort in the Maldives and is located in the less developed and wonderfully remote part of the Raa Atoll. To get there it was a 35-minute internal flight from Malé (to the smallest airport I’ve ever seen!) and then a 15-minute speedboat over to the small coral island of Faarufushi itself.