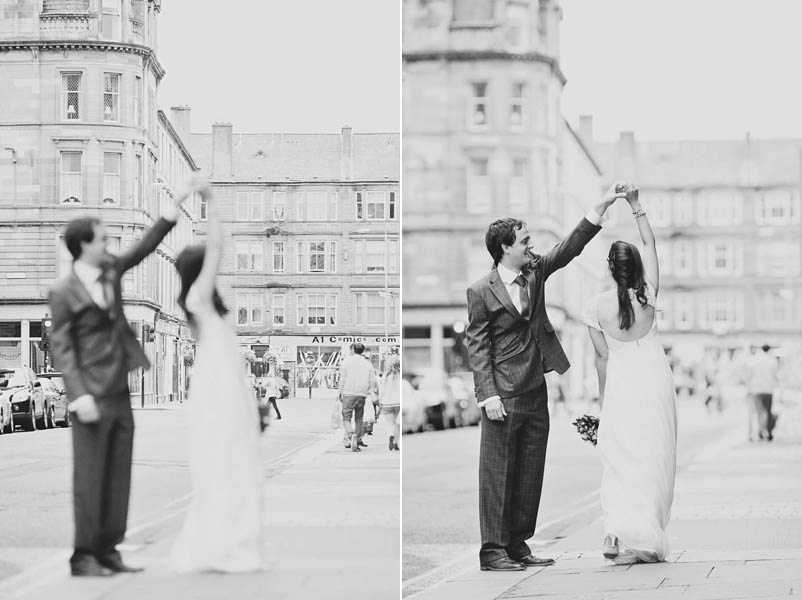 “For us, we wanted our wedding ceremony to be kept simple – no flashiness and relaxed,” newlywed Valerie told me, “which is just the way we are. We wanted intimacy and for it to be very personal which I think was reflected in our music, readings (the lyrics of the Adam Sandler tune from the Wedding Singer and an extract from the Irrational Season, Madeleine L’Engle) and having our little boy with us. However, we definitely wanted a big party afterwards to celebrate.” 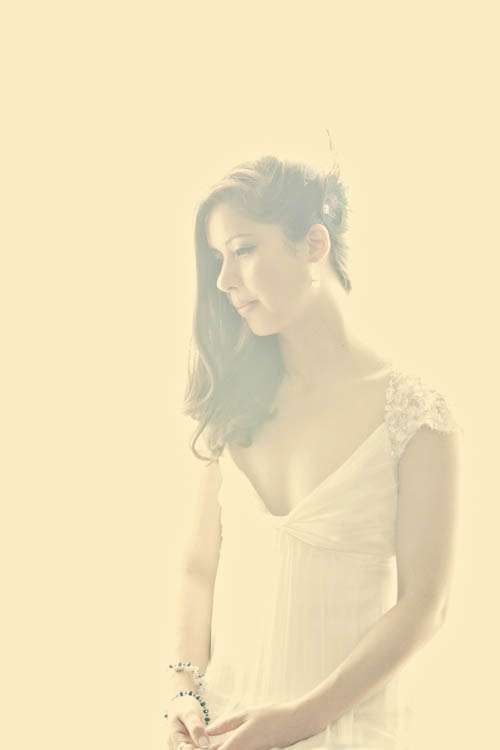 The ceremony was held at The Recital Rooms, Candleriggs, Glasgow and the recopetion that followed was at The Old Fruit Market, a concert hall also in Candleriggs. “There was a large visual and atmospheric contrast between our ceremony and reception but both were reflections of us as a couple,” the bride continued. “But we’re also an outgoing couple, for whom music and dancing is part of who we are.” 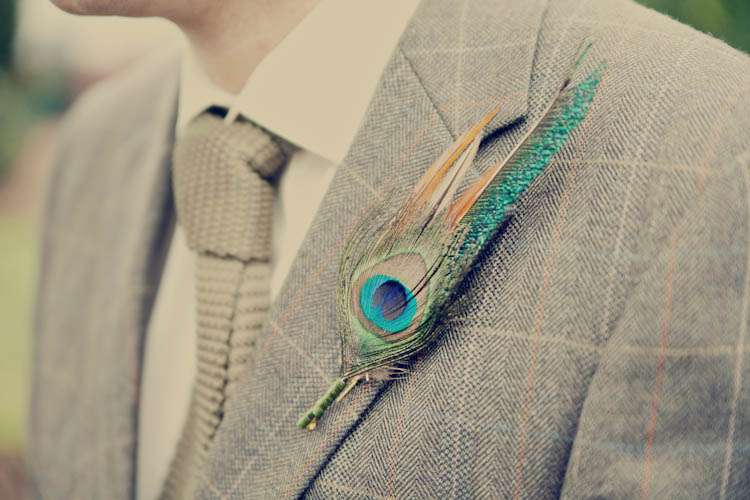 “The themes that ran through the wedding were peacock feathers and colours (greens and purples) so they featured on my hairpiece, the boutonnieres, page boys, flowergirls and bestmen outfits, the favours and place names. When we found our venue we wanted to stay in keeping with the rooms we used themselves. The ceremony room was a plain white room with art deco windows and draping at the head of the room. The lighting gave it atmosphere and these were subtly in our wedding colours. The only other decorations we used were the papal picado banners (found on Etsy) along the walls. For the reception room we wanted to keep with the rustic character of the room and I feel that everything from the flowers to the favours reflected that. For example, our placecard holders were simply made from branches from the tress in our garden and I made the favour CD holders out of hessian material for that natural feel. The Old Fruit Market is grand without being imposing and we felt it really matched what we wanted to create the party atmosphere for our wedding.” 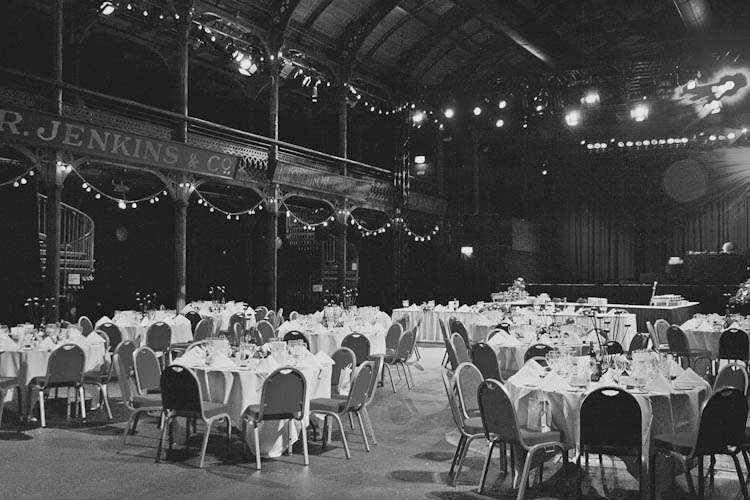 With the reception being held in a concert hall, clearly music was a big consideration for the couple. Valerie explained, “The music for our wedding was always going to be really important to us, music is a big thing for both of us (even if our tastes can widely diverge at times) and we chose everything from the ceremony music to playlists for after the ceremony and during dinner. Friends of the Stars and James Summerfield played at the ceremony. Anna (from Friends of the Stars, the band that Craig sings and writes with) and James sang an acoustic version of Islands in the Stream for me to walk up the aisle to. It was lovely to have them sing for us as it made the ceremony feel so personal and intimate from the very start.” 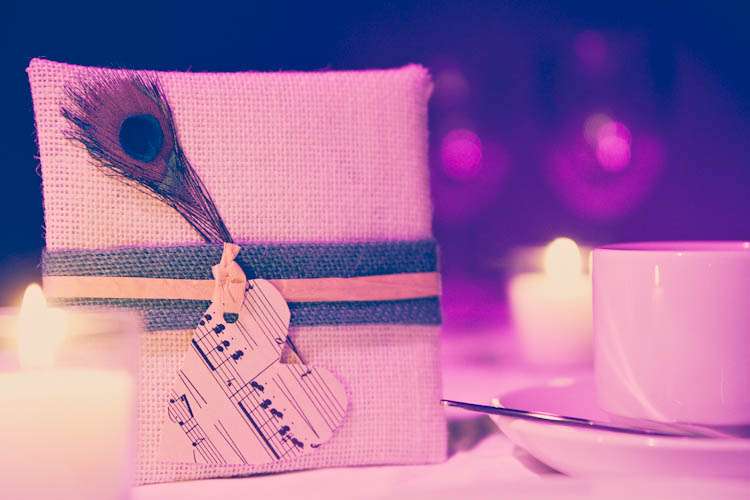 “For the reception, our friend Kev Kiernan, DJ’d. We knew he’d rock it because of his wide and eclectic style of tunes. I’ve known Kev for years and have spent many nights dancing to Kev’s DJ’ing at house parties into the wee hours. He played everything from 60s funk, early 90s house and country tunes…And then of course, we had Elvis.” 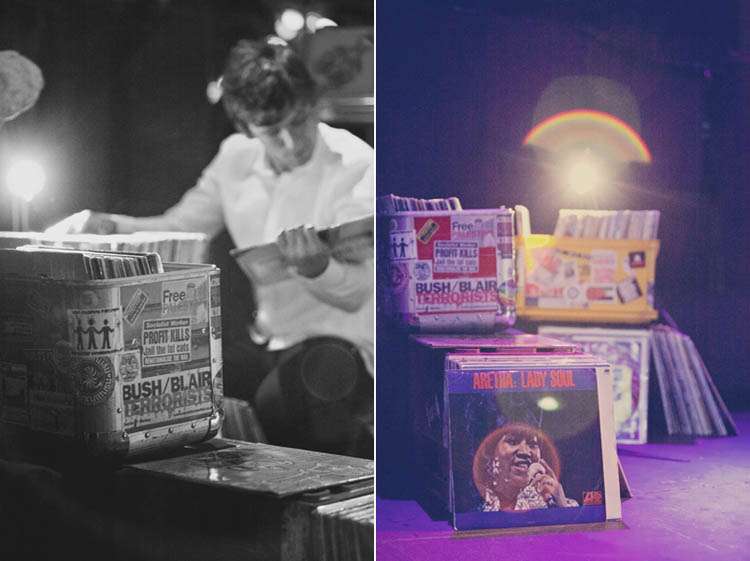 “We knew early on that by choosing to have an Elvis, it couldn’t just be any Elvis. He had to be amazing for us to pull off this old wedding cliche. We did our research and pulled a blinder when we found Paul, a twice UK tribute winner no less. We chose the playlist of songs that he would sing too. He came out to the Space Odyssey 2001 theme and then went straight into See See Rider. The crowd literally went wild.” 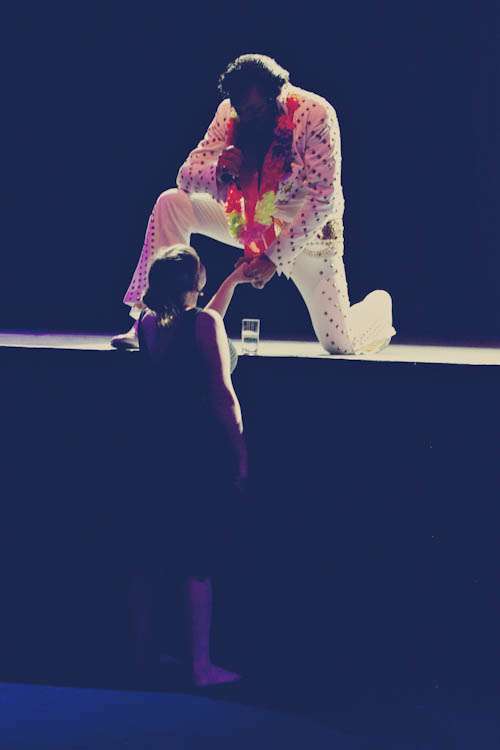 Thank you so much to Valerie & Craig for sharing their fabulous day with us today! 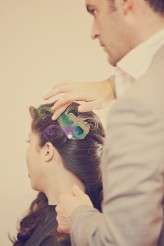 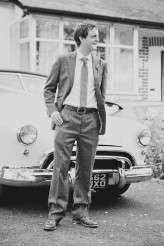 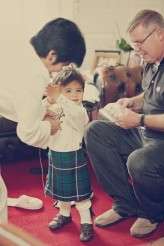 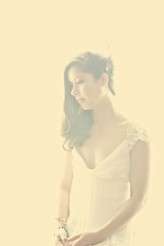 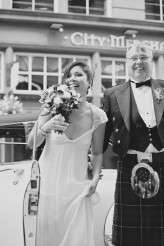 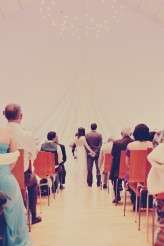 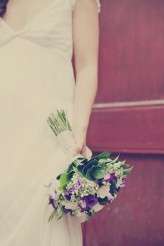 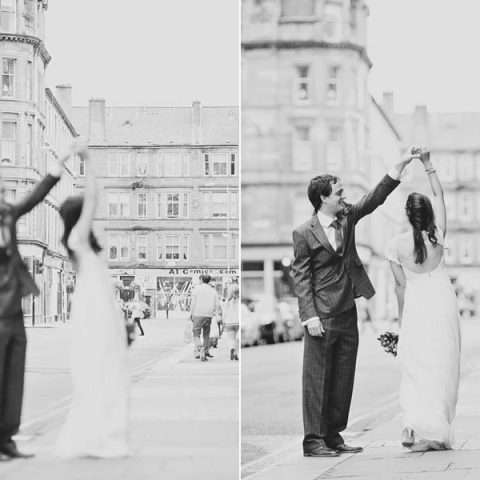 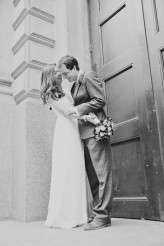 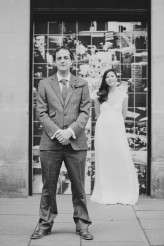 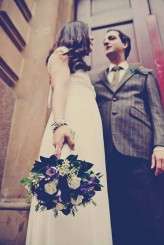 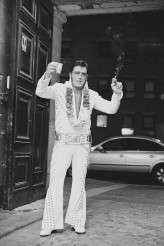 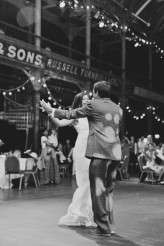 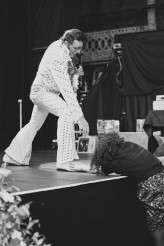 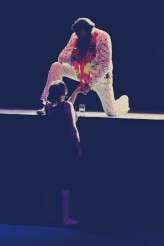 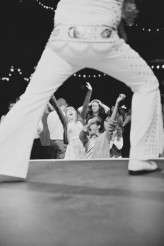 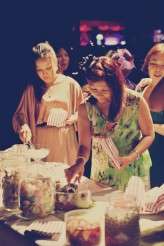 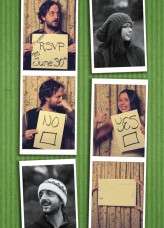 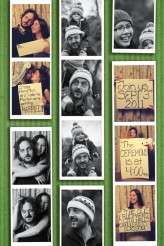 Rachel and Steven wanted a relaxed vibe for their Glaswegian wedding. This red-headed couple held their celebration at Pollokshields Burgh Hall and used dried wheat, carthamus and rhodantha throughout to give the space an organic and natural look. "We didn't have a theme, we just wanted everyone to relax and have a great day, and for the place to be natural, light and beautiful", Rachel began. "The hall is gorgeous on its own anyway so I chose items, colours, flowers accordingly and everything came together amazingly. My bridesmaids and I carried wheat bouquets and we used a lot of charity shop finds. My girls also chose their own dresses. I just wanted them to wear a dress that made them feel amazing."

Anna and Jack wanted a fun wedding with a party atmosphere. So they hired their venue, Inshriach House, for the entire week, and stayed there in the run up with some of their guests. "We wanted the wedding to be a big fun party with as many of our nearest and dearest as possible", Anna said. "We wanted our personalities and sense of humour to shine through. We wanted to get to married in the highlands, near my hometown of Kingussie and we felt the best way to do this was to organise most things ourselves and to have equal input and responsibility."