Are we still down with zombie themed shoots? It’s seems to me that over recent months they’ve been cropping up everywhere but I get the feeling you’re not sick of them yet. Weirdly, zombies and zombie stuff is always a hot topic on my social media! Who knew…?

I’m not going to lie, I get submitted a lot of zombie shoots and most of them get rejected for publication. It’s not that I don’t like them… but I guess I figured once I’d published a couple of really brilliant ones, I’m ready to move onto the next thing. But Gareth told me I was wrong and that you guys would still love to see them so here we are with another one today. Is he right?! (he usually is damn him!) 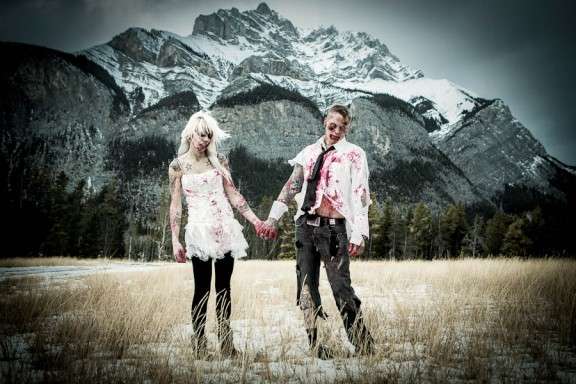 The difference with Dannielle & Andrew’s shoot is that unlike a lot of zombie shoots I’ve seen, they wanted to get in on the action and play the zombies themselves rather than having other people to attack them. “For the shoot, we wanted to create a little typical zombie story”, wrote photographer Kim. “The girl gets stuck in the middle of nowhere and gets attack by a zombie. She then becomes a zombie and they fall in love.”

“Andy and I decided to do a zombie shoot for one simple reason… we both love zombies!” Dannielle took over. “We’ve watched every single episode of The Walking Dead together – it’s part of our Sunday routine. We wanted to do something that wasn’t your ordinary engagement shoot, something unique and something that reflected us as a couple. Our pictures show true love at first bite, and that’s exactly how our relationship has been. Ever since we first met I knew he was the one when I first saw him. Don’t worry though, we don’t have a craving for human flesh, we’ve already got each other!” 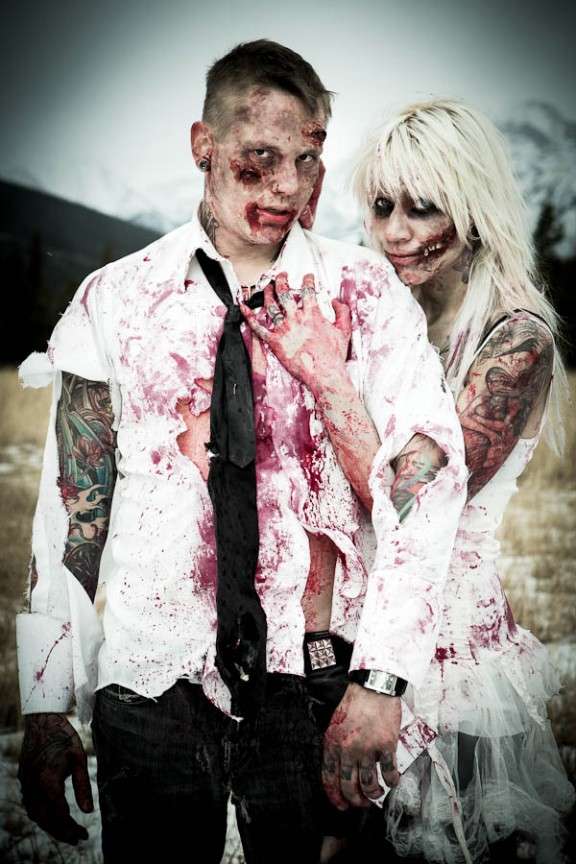 Well it’s not a classic love story but it’s certainly a different one and I do honestly love it. I’d love to know what you think of zombie shoots – are you a little over them or are you, like Gareth, still screaming for more more more? Hit me up in the comments! 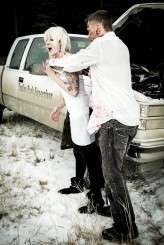 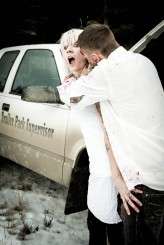 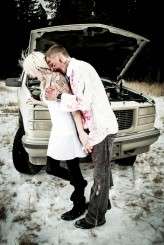 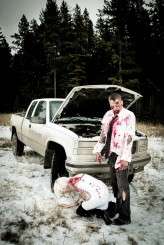 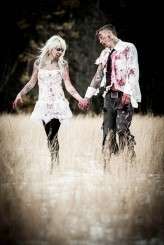 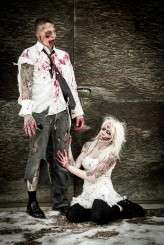 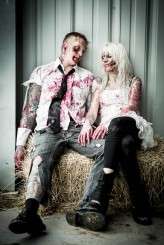 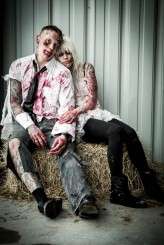 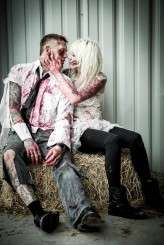 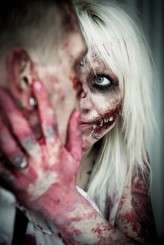 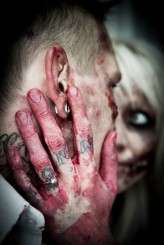 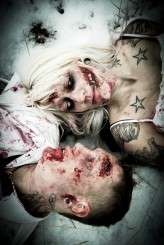 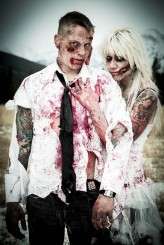 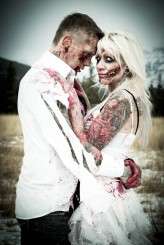 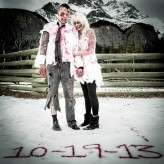