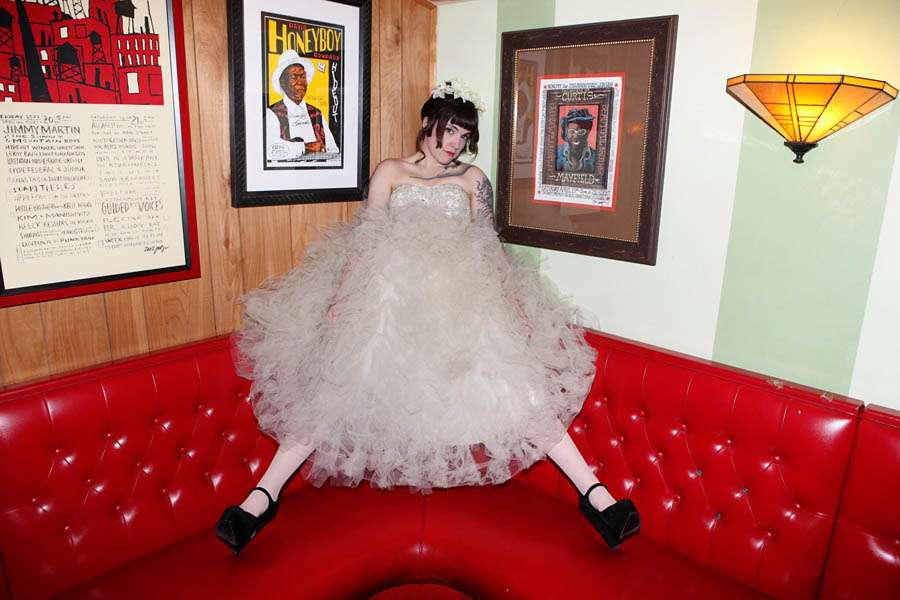 You’d be shocked at the number of emails I recieve from brides-to-be who tell me they love my site and the weddings I feature but that they’re worried that their wedding will somehow not ‘measure up’ or be ‘as cool’ as the weddings they see online. My response to these girls is always the same: your wedding is not a ‘coolness’ competition or a chance to show off. Your wedding is for you and your partner and it will be awesome because you are awesome. The love is the most important thing, not the amazing centrepieces, the quirky stationery or the beautiful dress. These things are meant to enhance your day for you, to be fun and exciting, they do not and will not define anything other than that. 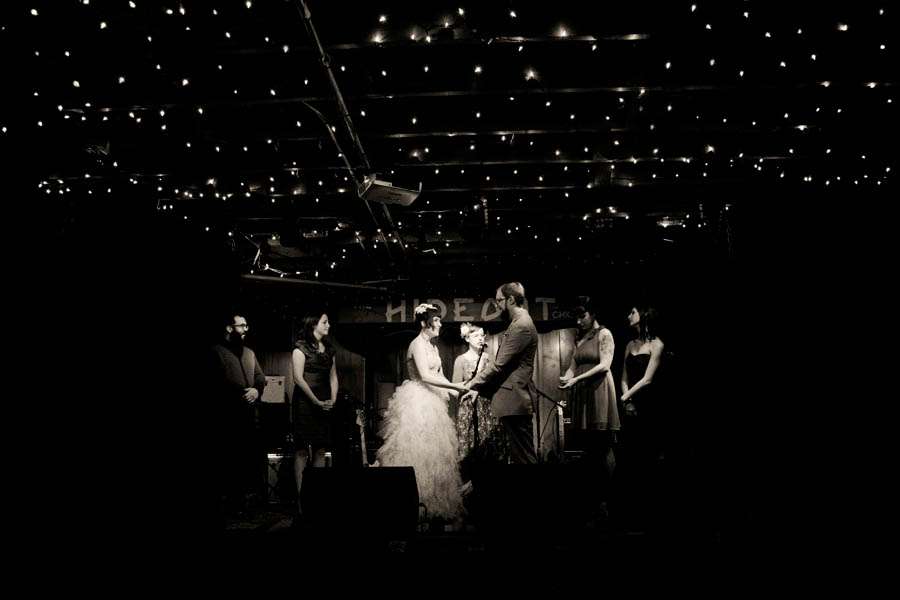 So why did I want to mention that again today? Well Dustin & Morgan’s wedding is pretty much the epitome of Rock n Roll awesome. It wasn’t detail-heavy or wedding blog pretty – it was just a seriously awesome party! It celebrated their love in their way and they were 100% unapologetic about that fact… And you know what? It’s one of my favourite weddings that’s I’ve featured in a long time! So, forget about the bunting, the mason jars or the designer frock and focus on what’s important – the LOVE (and in this case, the dancing)… 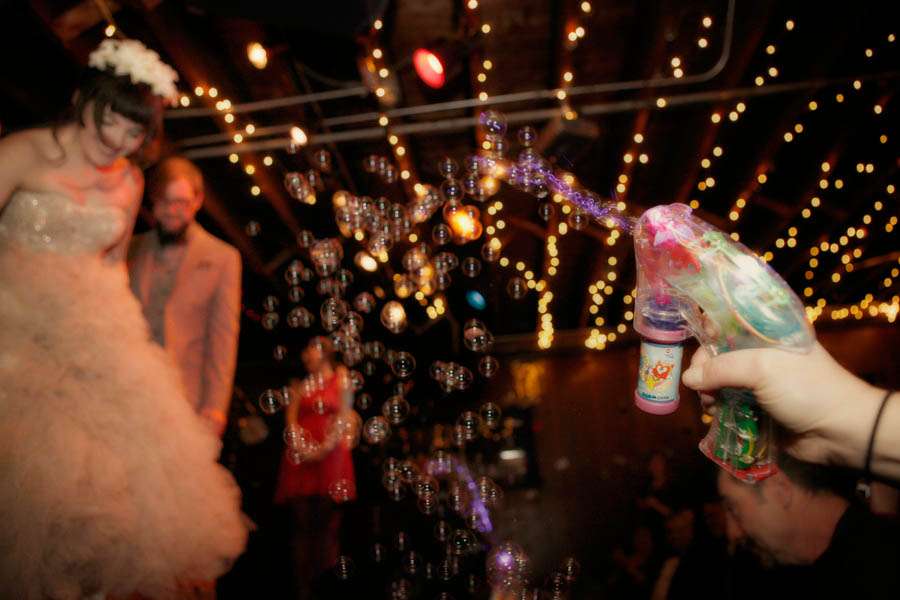 The wedding was held at The Hideout, Chicago and the aim of the game was for the couple to throw a party that reflected them and their love. It wasn’t about the froof or the perfectly matching napkins, it was about celebrating! “I don’t really know what our inspiration was, ” Morgan told me. “We just did what we always do. We came up with the stupidest thing we could think of and make it exist…just like our marriage haha!” 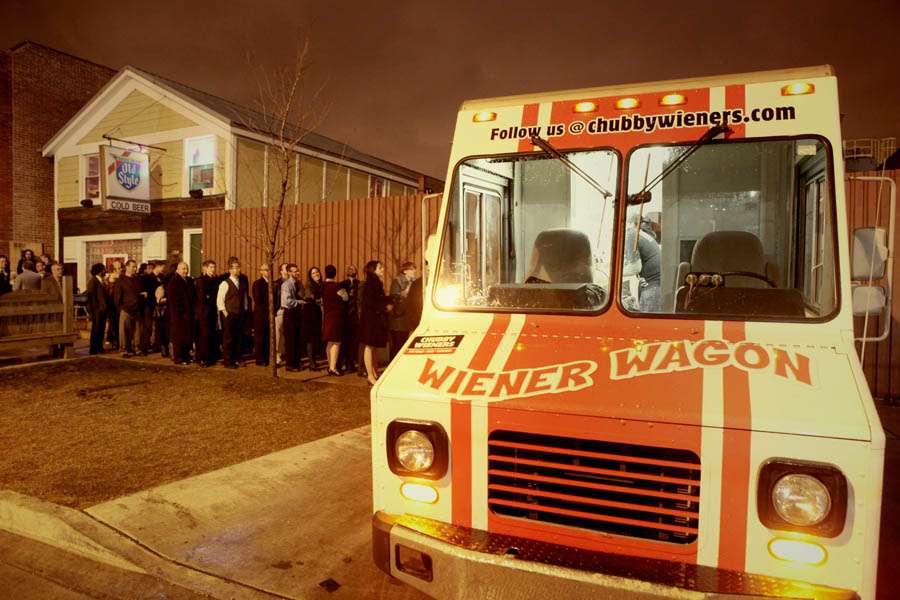 “If we had to have a theme it would have been BATMAN FISH-BEARD! All the wall decorations were cassette tapes. Dustin had a big box of voice demo tapes from the 90s that he had somehow acquired. We decorated and hung them on the walls of The Hideout. When you pull out a tape’s guts it looks like streamers. Also we put felt beards on all the taxidermy fish at that were on the walls… As you do.” 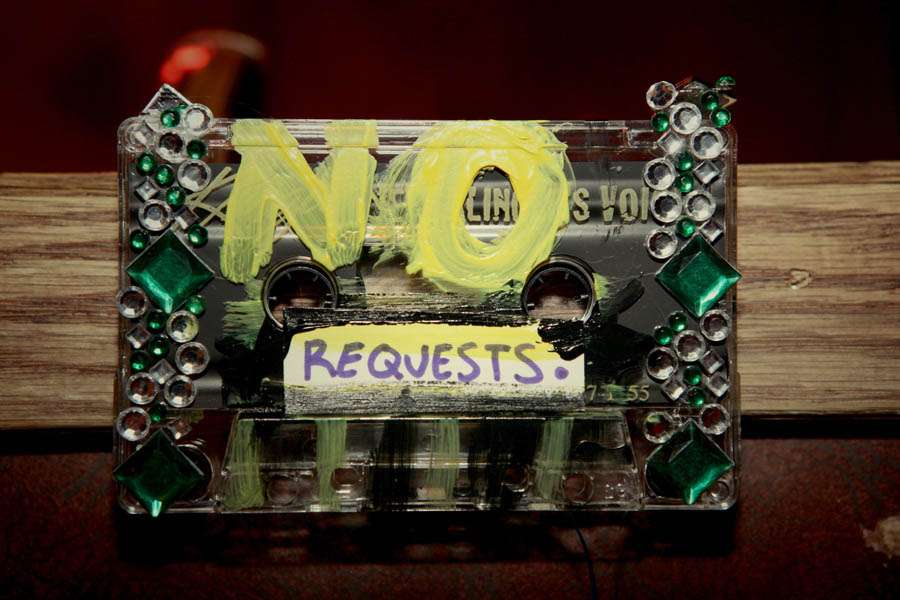 “Our cake toppers were Batman and Clayface Mini-Mates. I glued some flowers to Clayface and gave him a bouquet, and Zoe (who also did my hair and make up) painted a tux on Batman. My friend Jamie Knight painted a portrait of the two that hung behind the desserts. Why Batman? Why Clayface? Batman was a given, as Dustin Drase is the worlds greatest detective, But I had trouble choosing the character that was most ‘me’. Unable to make a decision I just went with the big, fat, mud-monster as ‘big, fat, mud-monster’ is my spirit animal.” 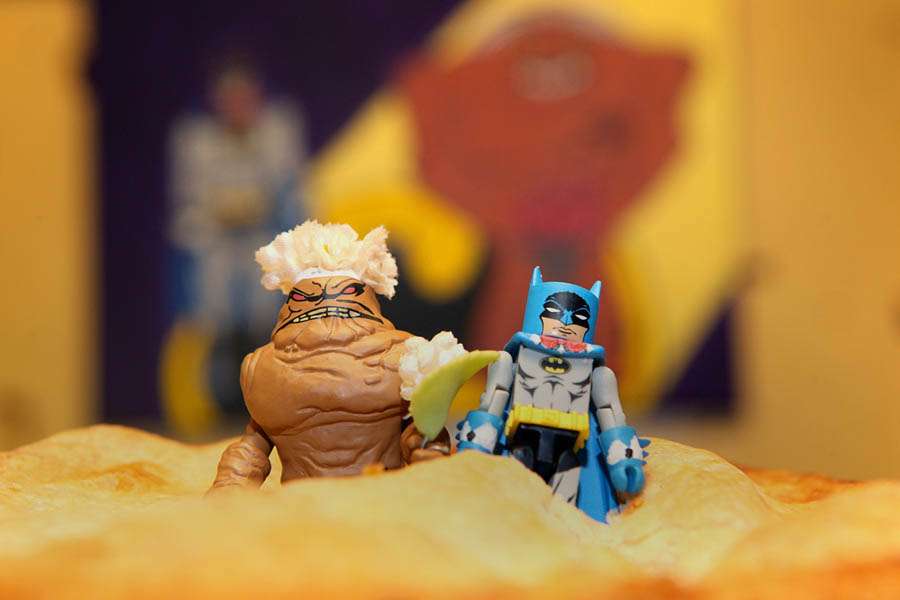 “For our invites we had my sister combine my narwhale tattoo with Dustin’s beard and glasses to create a design we used on both the invites and the shot glasses. The shot glasses were used in our Malort Toast. Malort is magic. Malort can not be described. You should find some and drink some and take a picture of your face and send it to me. We also had smile-face cookies!” 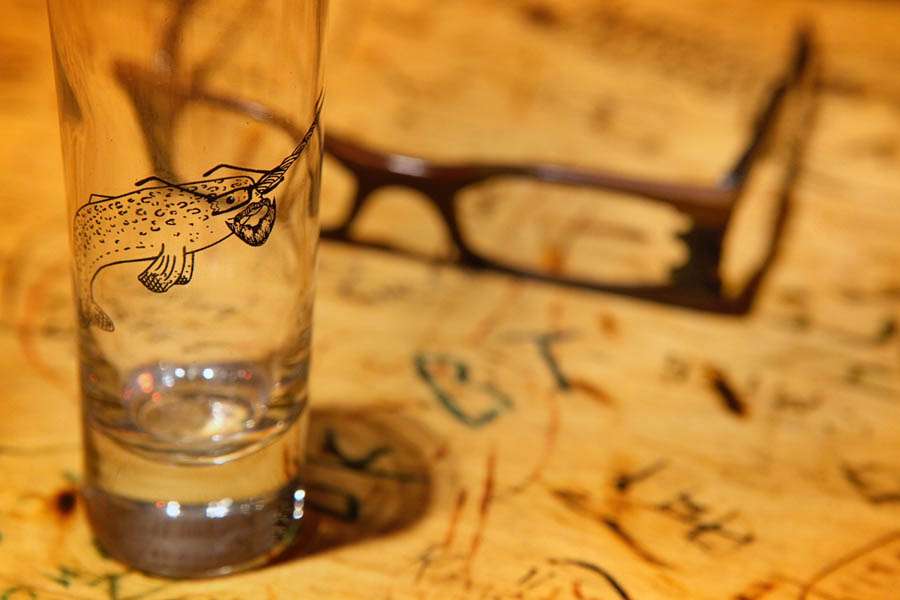 Yep, it’s offical. I love these guys. Morgan’s closing statement made me want to hug her and squeeze her and tell he she made me whole, “I can teach you how to make hair flowers, the tape decorations, or how to fit a taxidermy fish with a felt beard,” she concluded. “However I cannot teach you how to love… I’m sorry.” 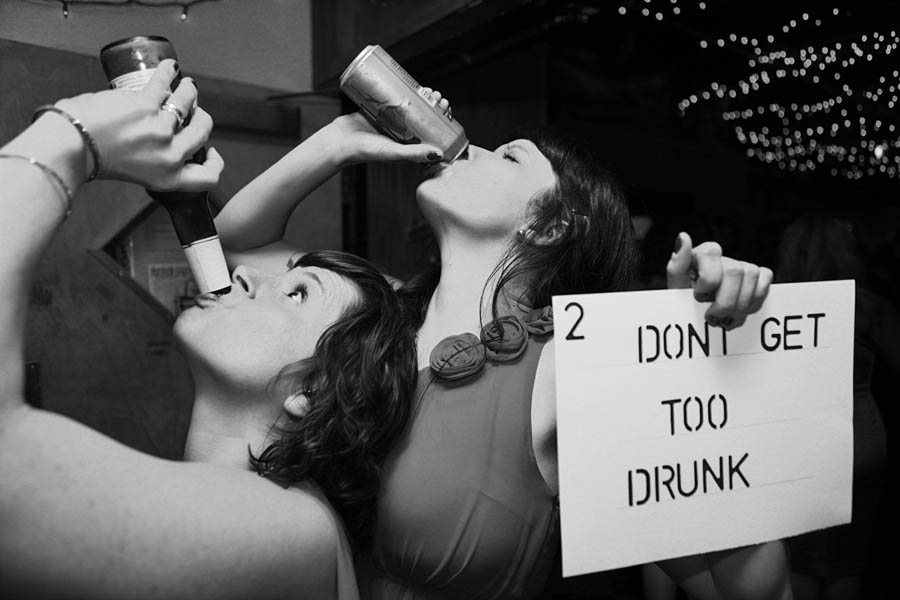 WOW. Thank you to Dustin & Morgan for sharing their freakin’ kick ass wedding and to photographer Jeremy Lawson for sharing his pictures. 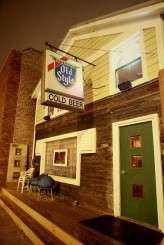 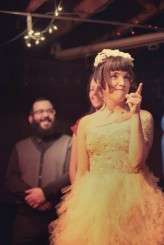 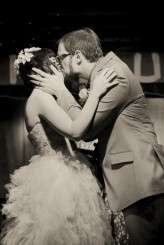 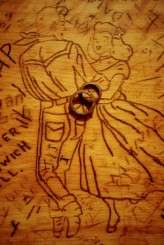 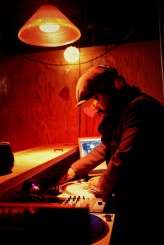