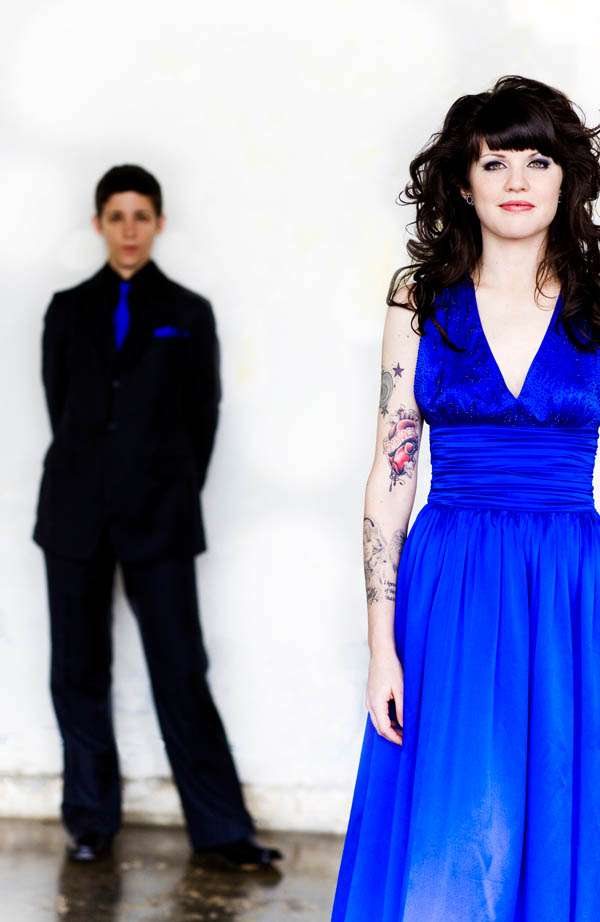 Aly & Elroi’s wedding was described by the couple as ‘one of the most magical days of our lives’ A day filled with such a fun party vibe and one where all their friends and family pulled together to help them achieve the wedding of their dreams.

Funny and persoanal anecdotes are what makes wedding like this great, and Aly spoke about their impromptu (and hilarious) bridal shower…
So, I went to the coffee shop to meet them, got my coffee, sat down and realized that everyone was being weirdly quiet as I babbled and babbled. So, I stopped and was like, “What’s going on? Why aren’t y’all so quiet?” And my friend Lindsey says, “Well, I’m just going to tell you. You’re kidnapped.”
“Huh?”

Danielle, my MOH, shouts “Get in the car. I’m not gonna tell you twice!” (She was trying to be tough-sounding in a hilarious way.)

So I was handed a clue that I had to decipher to tell them where we were going to. I was like, “Wait- you’re kidnapping me but I have to tell you where to take me?”

So I figured out that the place the clue was talking about was the place Elroi proposed. So we went there and took pictures that would be left as a clue for Elroi, who has also unknowingly been kidnapped from our house by his side of the wedding party.

(Side note: Elroi was actually kidnapped right in the middle of washing our dogs. So, Danielle’s boyfriend who had been helping at the house took over dog-washing duties. As El’s friends were leaving with him, Macauley, our rascally cake-maker instructed Danielle’s boyfriend to just “wash as many dogs as you can.”

Every time I solved a clue, I got a present–so it was also like a surprise shower. I couldn’t believe I didn’t know anything about it and I felt so loved that all these people would plan something so elaborate and fun for us.

Thanks to Aly & Elroi for sharing their gorgeous wedding and story! 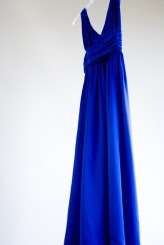 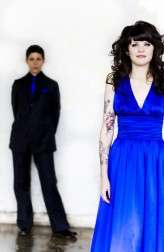 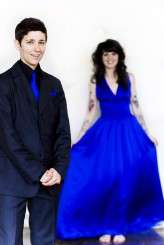 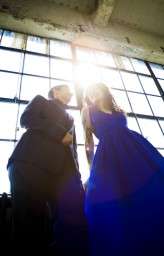 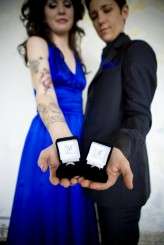 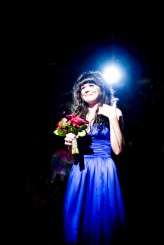 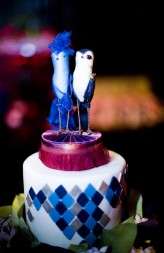 Credit: Our Labor Of Love

Rainy Rustic Wedding at Home with a Real Rainbow!

Trina and Jessica wanted their wedding to be rustic, honest and personal so did a lot of DIY projects and picked Trina’s parent’s home as their venue.