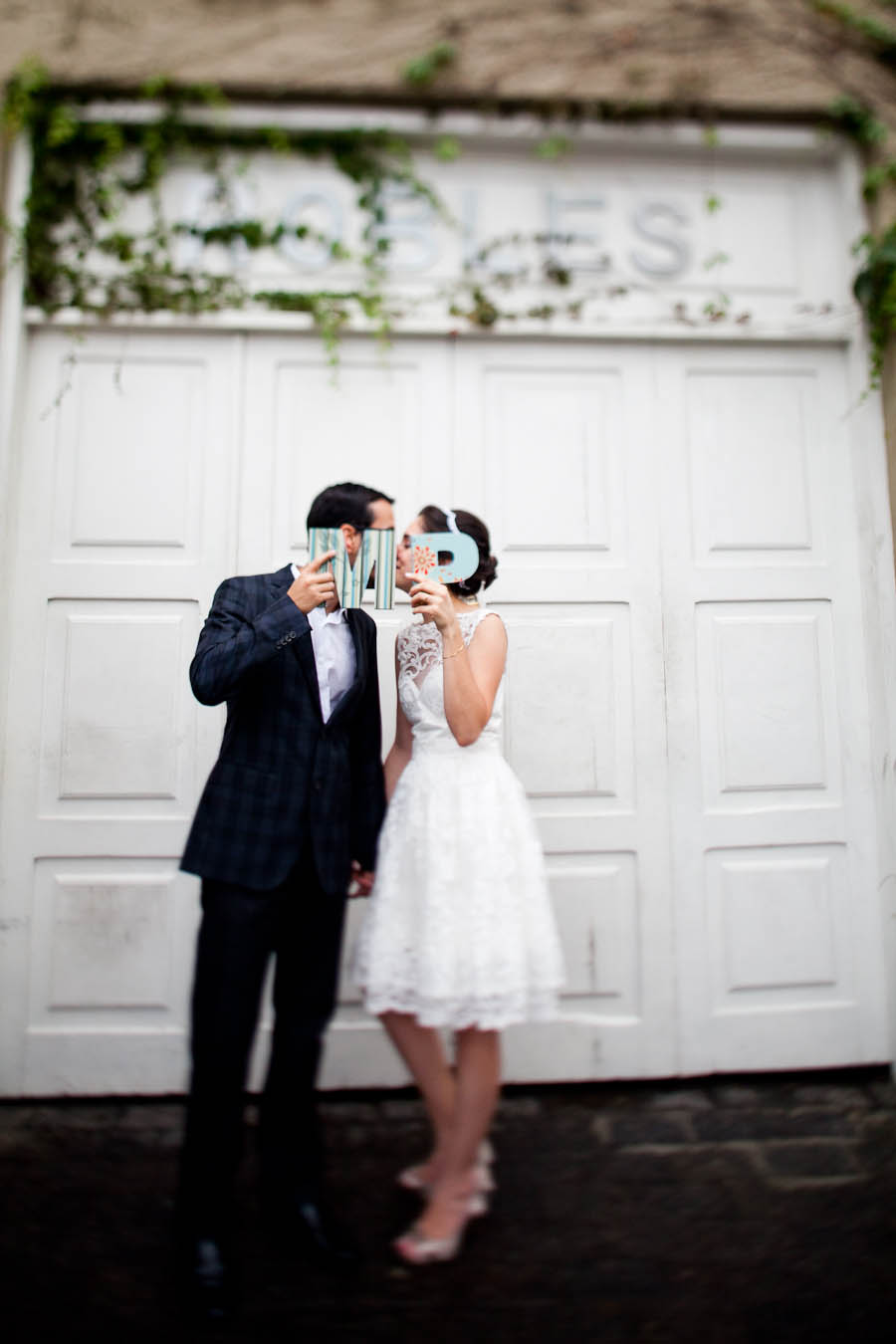 Marcela & Paulo’s Brazilian wedding was a real DIY labour of love as their wedding photographers Frankie + Marília explained, “This bride is a nurse and very busy but she still somehow managed to find time to do everything for their wedding herself. She worked with a dressmaker that her family has worked with for years to come up with her perfect dress. It seems like everyone that has seen these pictures has fallen absolutely in love with it too!” 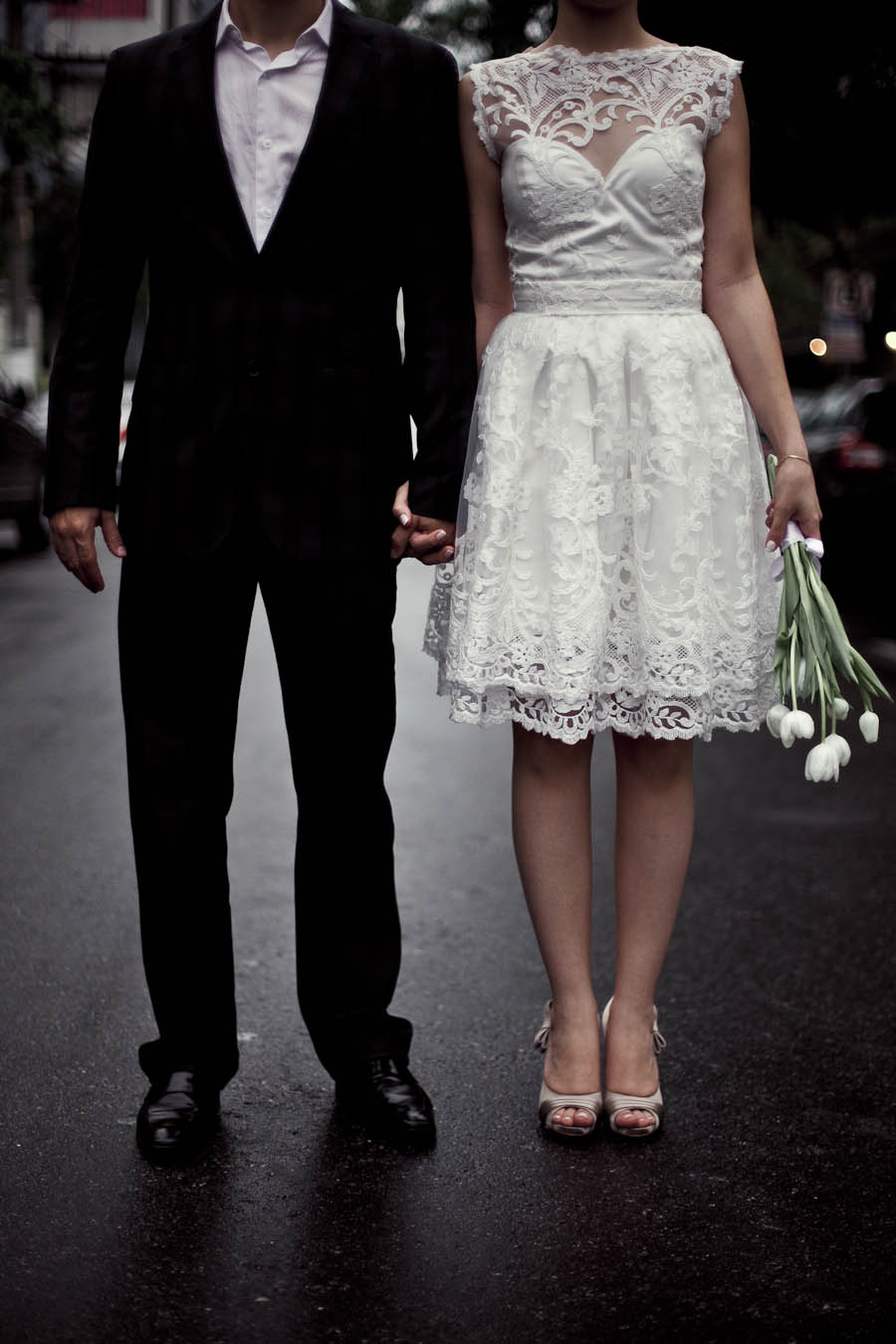 Marcela and her Mum also made as much of the wedding decor themselves as they could including the table runners and the flowers. “In Brazil, people usually give away little cakes called Bem-Casados as wedding favors,” they continued. “They are usually wrapped in some type of paper or cloth. Marcela ended up not having time to make the actual cakes, but she wrapped them in that awesome blue cloth to match the wedding theme. She even made an impromptu bouquet the morning of the wedding. She decided she wasn’t goning have one, but then decided to wrap a couple of tulips up with a bow and leave them sitting by the cake as decoration – we made her hold on to those for the pictures, that ended up being her bouquet.” 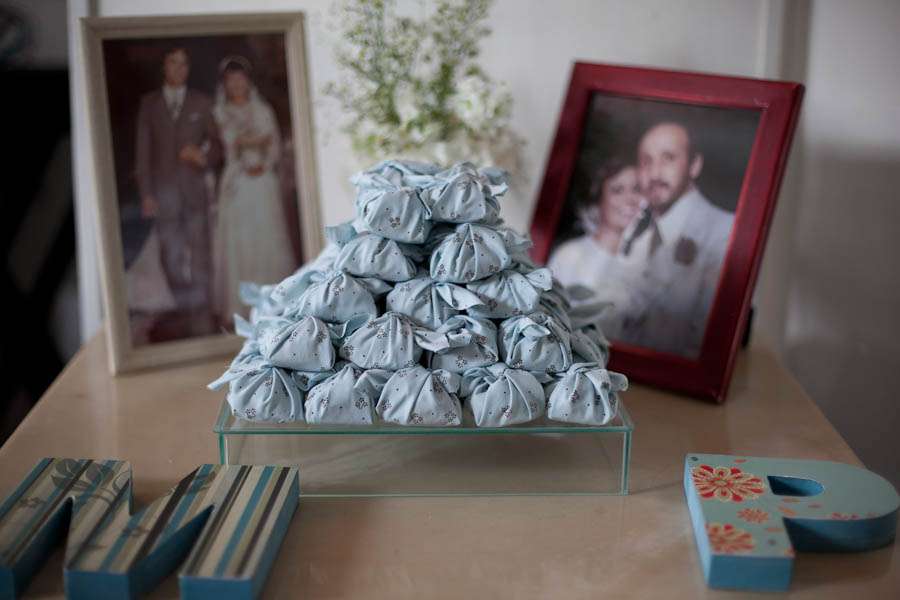 The wedding ceremony was also anything but traditional. The couple exchanged vows quickly followed by each sharing a touching sentiment about one another. “They are both very eloquent public speakers and it definitely moved everyone. Then their family and friends said a few nice words to bless their marriage, and that was it. They had gotten officially married in a courthouse the week before this, and didn’t think they needed any kind of fancy show. They didn’t exchange rings, but somehow it was one of the most emotional weddings we’ve ever shot.” 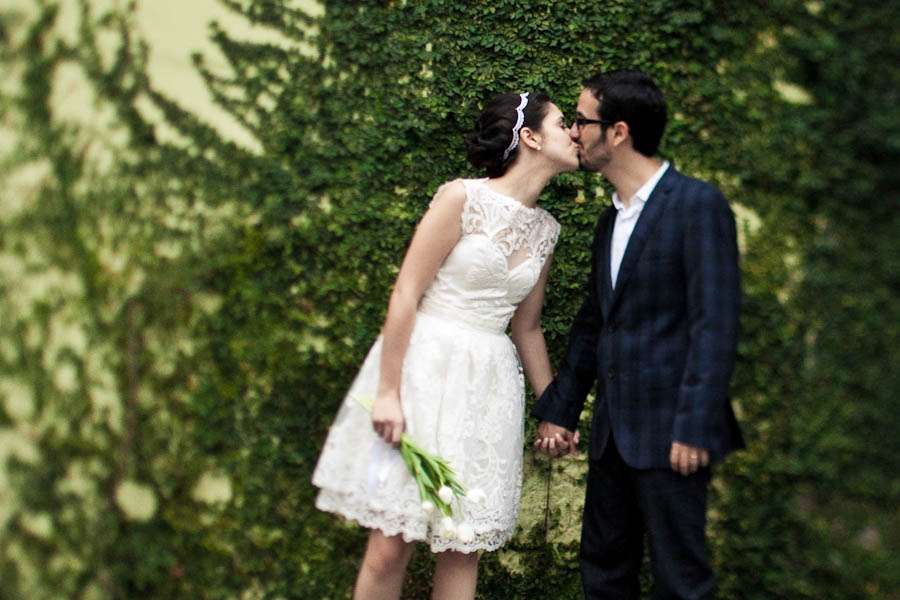 Gorgeous! Thank you to Marcela & Paulo and their photographers Frankie + Marília for sharing with us today. 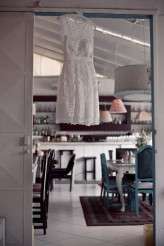 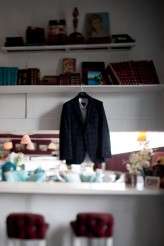 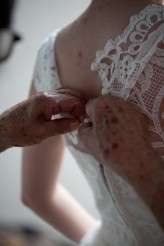 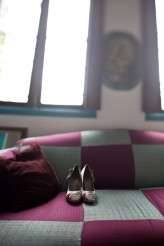 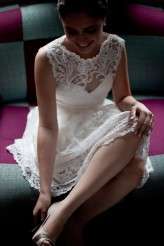 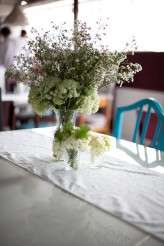 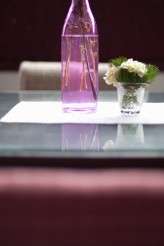 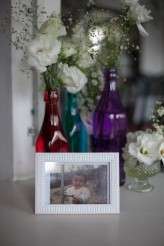 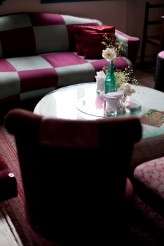 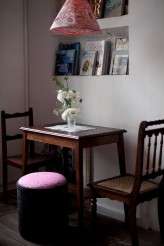 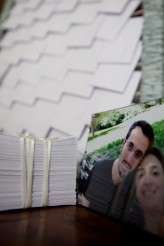 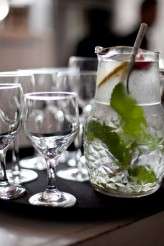 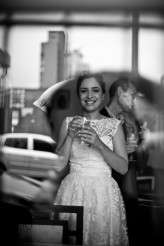 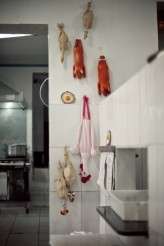 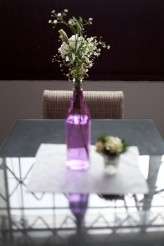 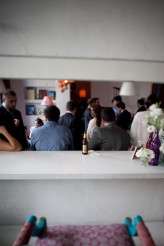 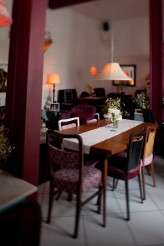 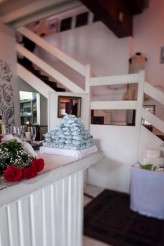 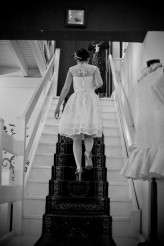 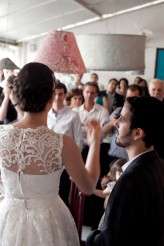 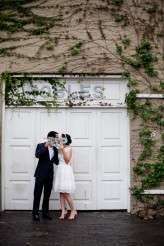 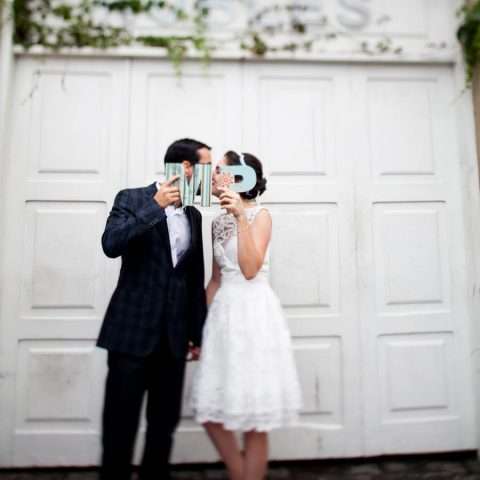 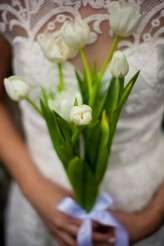 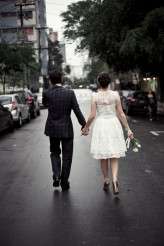 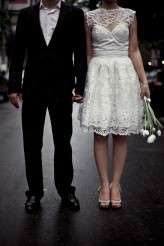 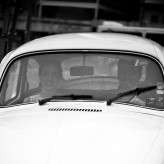