I love this super adorbs fabric bow-tie tutorial from Chloe Adlington of Adore by Chloe. I think they would be perfect for your fiance, his groomsmen… or even your pets to wear at your wedding (check out the sweet doggie photo at the end of the post!) Plus, once you’ve mastered the making the bow, why not use them to make something for yourself? You could add it to a headband, attach them to a belt, make it into a brooch… The bow-y possibilities are endless! Have fun!

Over to you Chloe… 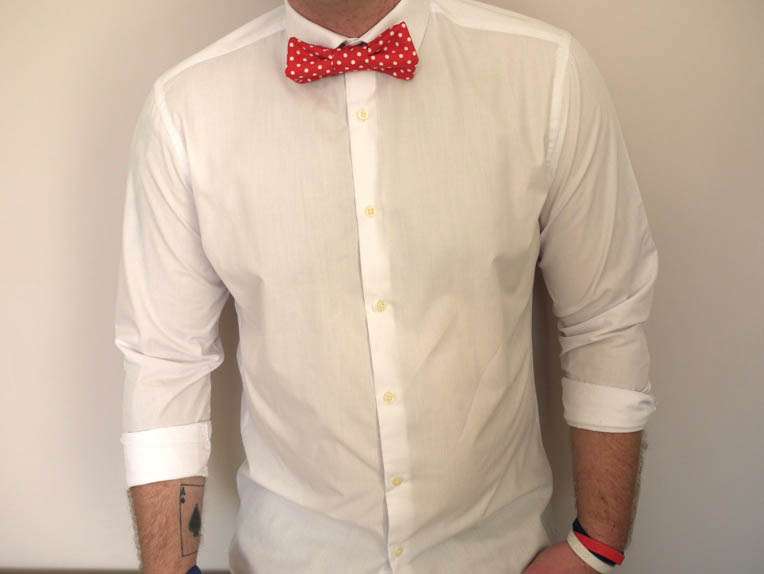 My other half loves pattern, bright colours and has a quirky sense of style. Even if he’s required to wear formal, black tie he will find a way to bring his own style to it.

We faced said occasion over Christmas so I pulled out my fabric stash and made him a few different bow ties… nothing to offend his boss over dinner but still ‘him’!

They’re fairly simple to make if you can use a sewing machine. 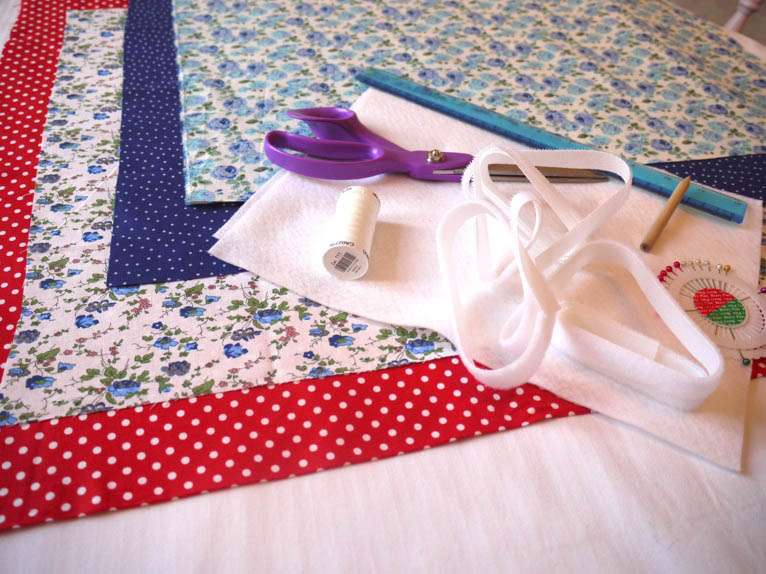 Step One: Firstly, we’re going to make the bow. Take one of the pieces of fabric measuring 50 x 8cm and fold it in half, with the wrong side of the fabric showing. 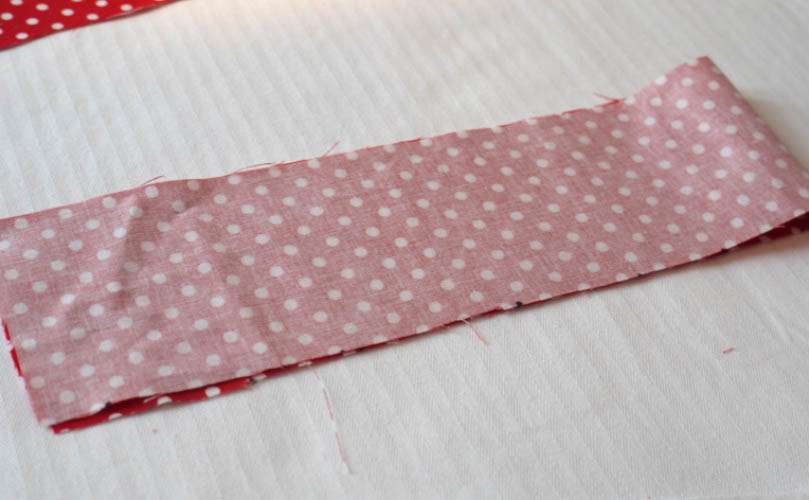 Step Two: Sew along three edges (leaving one of the short ends open for turning) and snip the very corners off, this makes turning out neater in the corners! 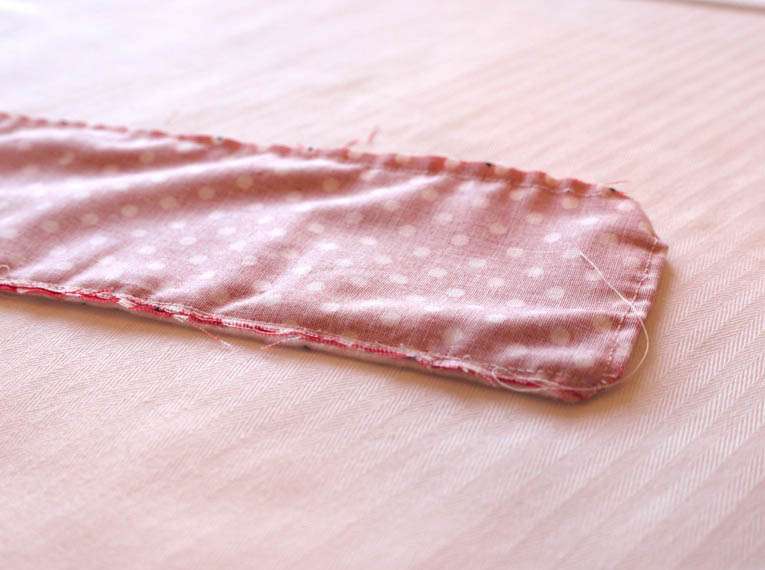 Step Three: Turn the bow inside out so the nice side of the fabric is showing, don’t worry about the unfinished end… 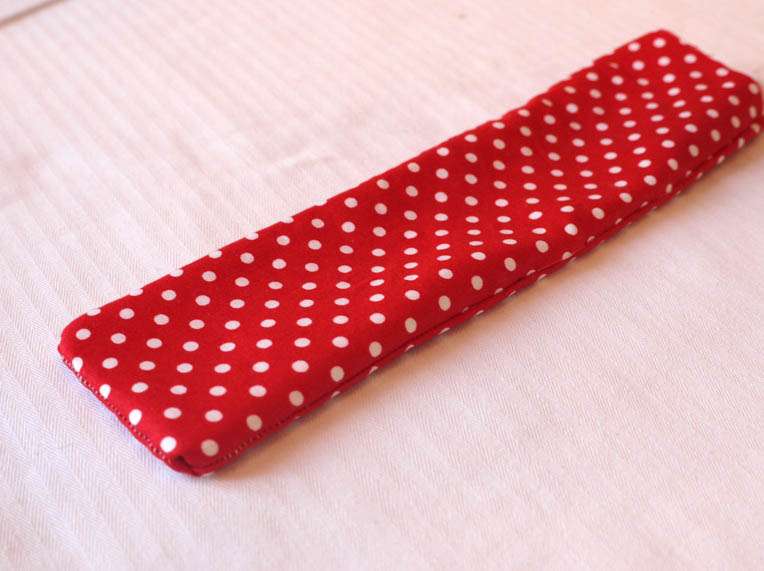 Step Four: Now fold the short ends into the centre and do a big zig-zag stitch down the centre to secure the ends together on the machine. You might need some machine tension adjustment here as it’s fairly thick. 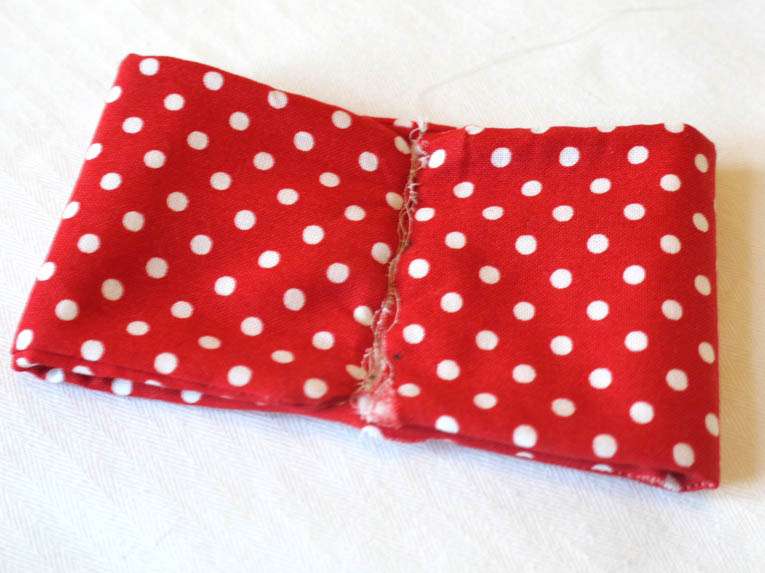 Step Five: Now fold the bow in half again long ways and stitch a 3cm straight line across the zig-zag seam… to ‘pinch’ together in the middle. 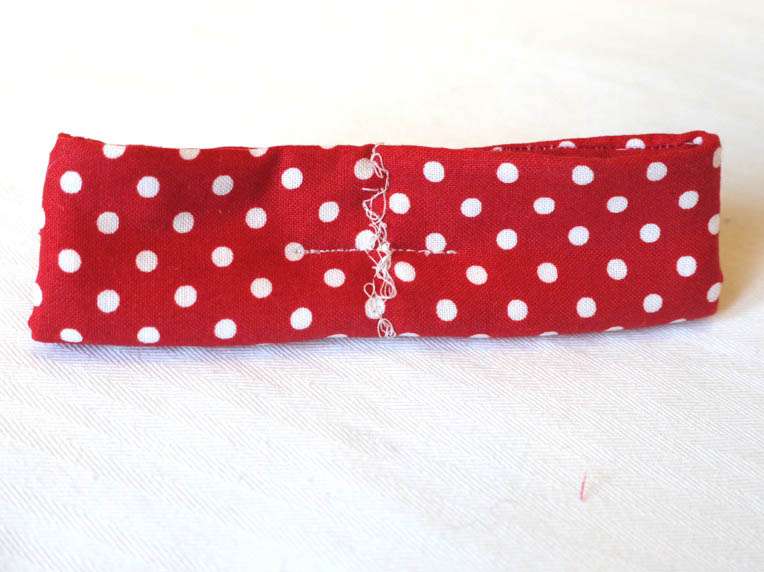 Step Six: To make the bow centre, take the 8 x 10cm piece of fabric and fold it in half length ways (with the wrong side on the outside). Then stitch down two of the edges, leaving a short end open again for turning.  Turn out the center and set aside for now, again don’t worry about the unfinished end! 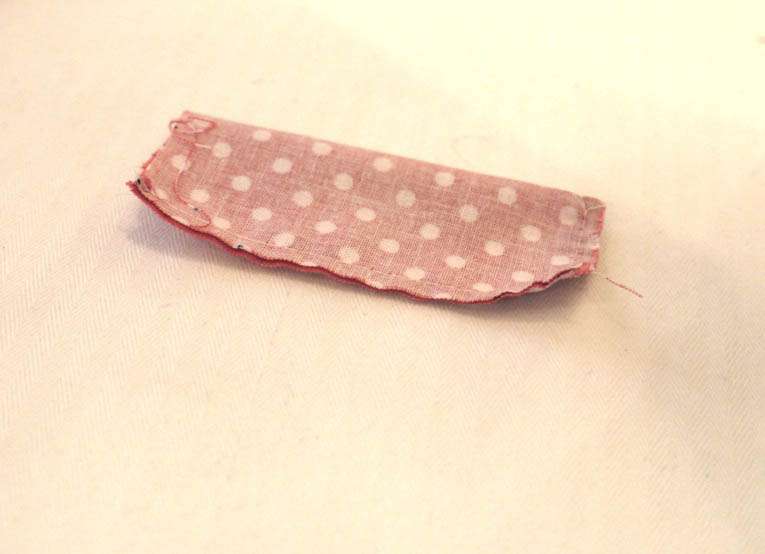 Step Seven: To make the collar, take the second piece of 50 x 8cm fabric and fold in half long ways, with the outside facing out. Sew down the long side and one short end, keeping fairly close to the edge.

Step Eight: Now turn out the collar. This is probably the trickiest bit, I used a wooden spoon to push the fabric through and out! 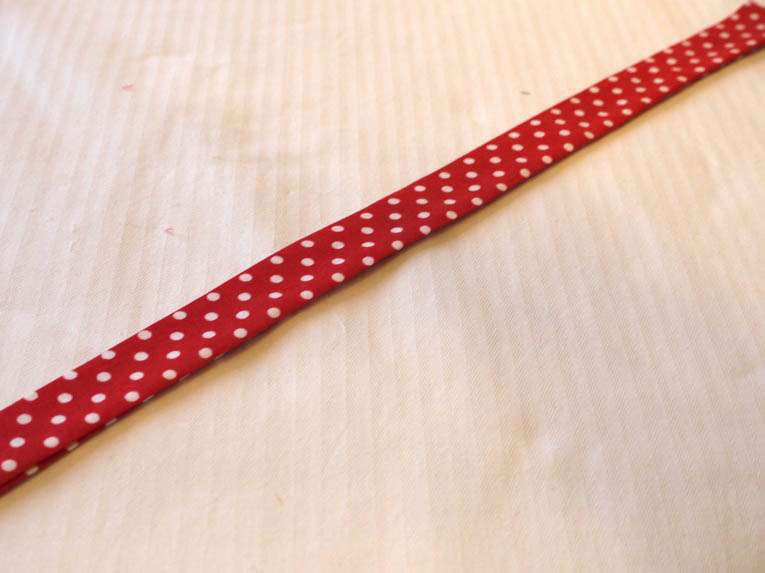 Step Nine: To finish the ends, fold over the very end of the short side which you didn’t sew then place a 2 inch piece of Velcro on either end… one will need to go on the opposite side so it can fasten properly. Sew your Velcro onto each end – one big zig-zag stitch down the middle of the Velcro strips will do this fine. 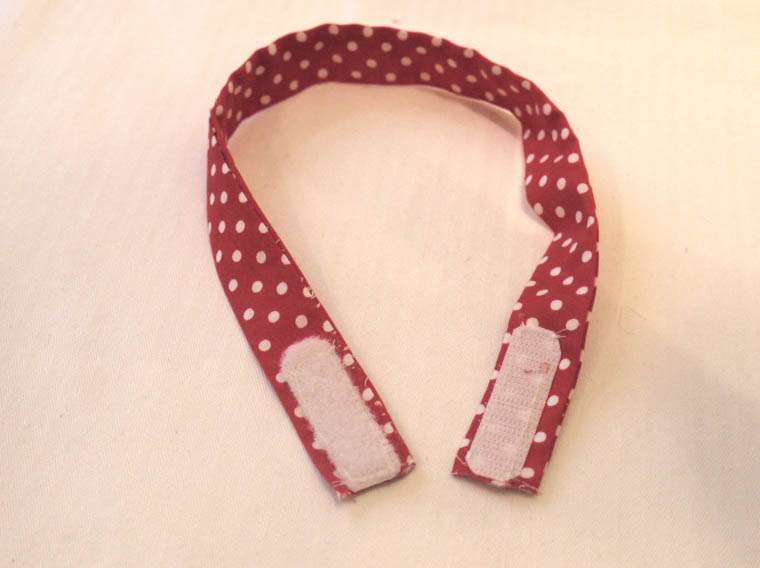 Step Ten: We’re nearly there! Now we just need to put the bow onto the collar. Make a little mark half way along the collar then add your bow and wrap the centre (which we made out of the 8 x 10 piece of fabric) around it all to meet at the back. Adjust so it looks good at the front, turn over and hand sew the ends together at the back. 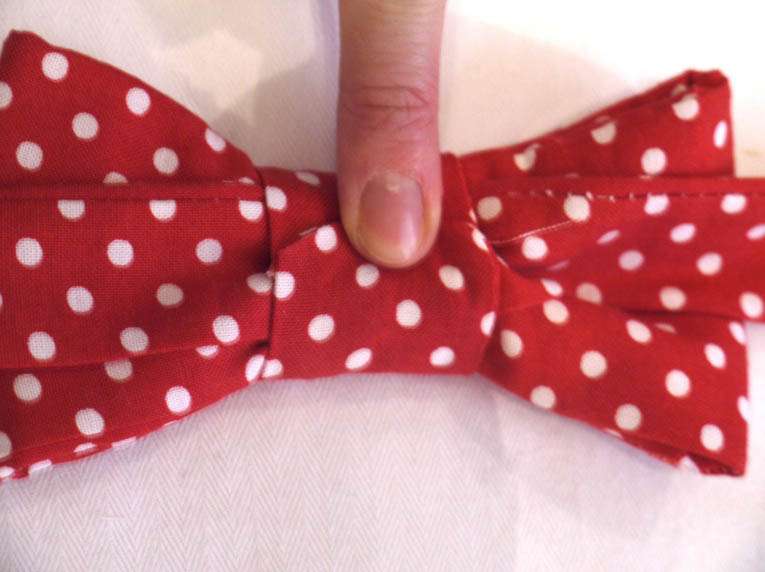 And we’re done! I hope you enjoy having a go! Have fin with different fabric combinations. 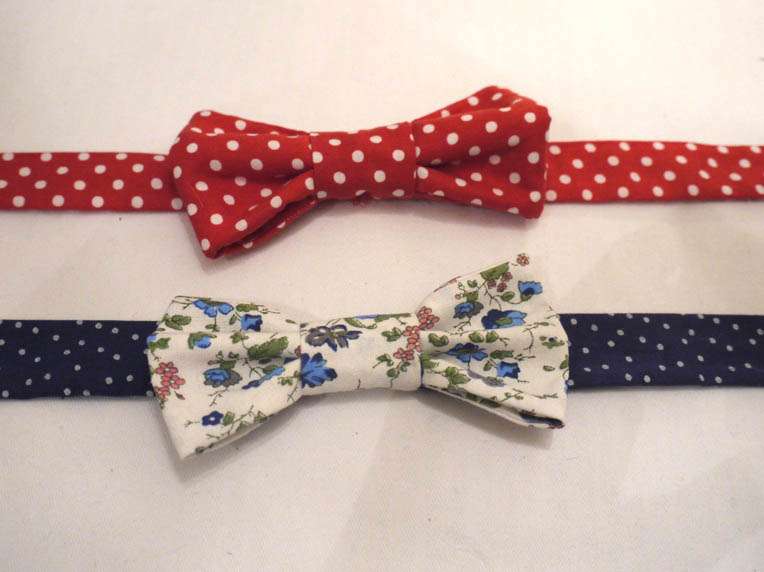 Special thanks to Alfie for his expert modeling skills… 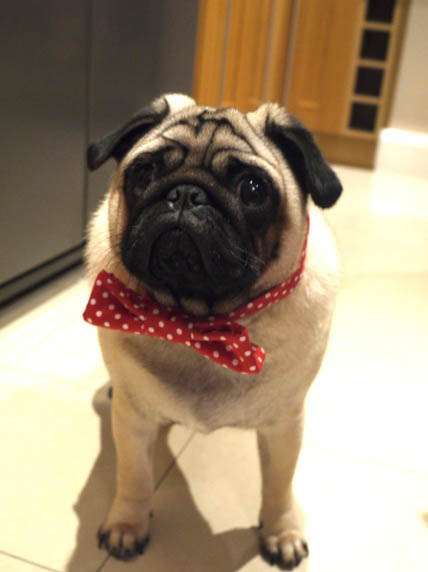