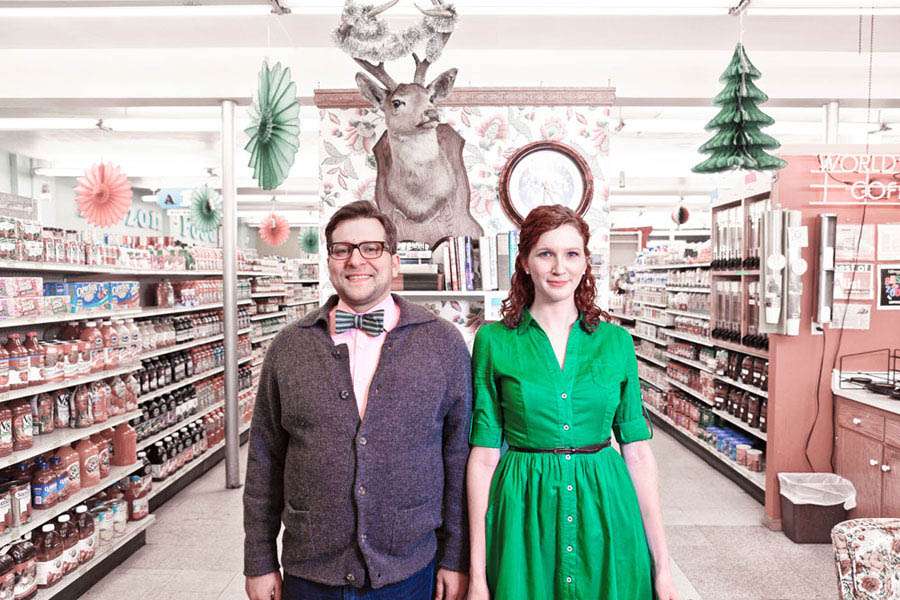 This grocery shopping engagement shoot made me giggle. It’s not often I see a supermarket looking so chic and cool. In fact I love it so much that I’m even considering not doing my usual ‘let’s put off the food shopping until all we have left in our cupboards is mayonnaise and gin…’ dance and popping down to my local store right now to see what inspiration is lurking among the tins of beans and frozen peas… 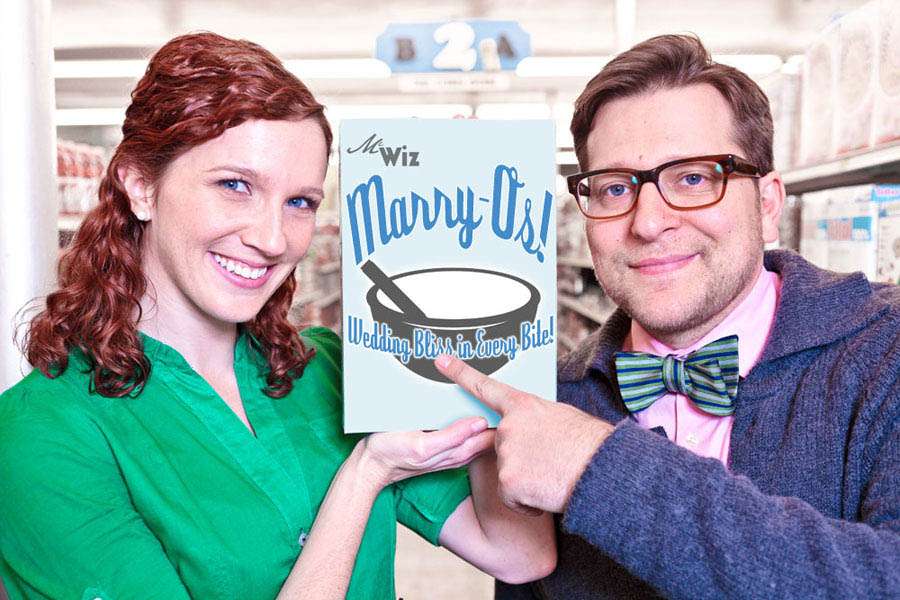 “We didn’t want your typical ‘day in the park/vintage picnic’ engagement session, so we picked our favorite corner grocery store that has a bit of an offbeat feel to it,” Colleen told me. “The sandwiches at their deli counter are killer and while you wait for them to prepare your food you can sit in their lounge area and catch up on some reading, play retro Atari or peruse the aisles for random groceries and delicious libations. The store has a retro feel to it, so we chose our wardrobe to reflect that 50s grocer feel. We both live in the area and have loved their sandwiches for years. Mike’s favorite sandy is the Baron Rodgers and mine is the Frukwine- yum!” 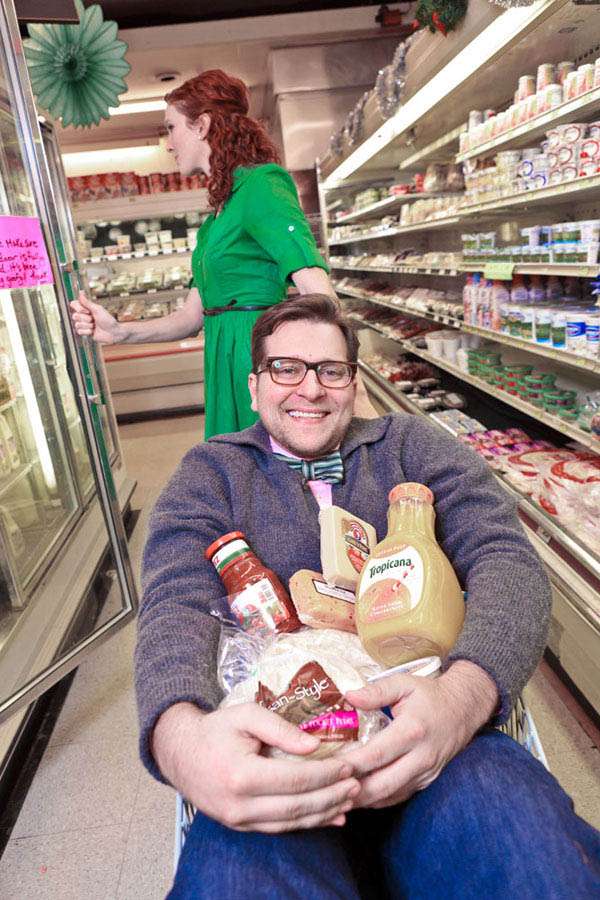 Thank you to Colleen & Mike for sharing these today! 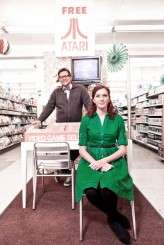 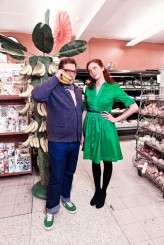 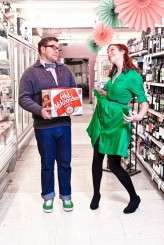 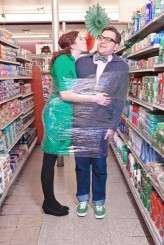 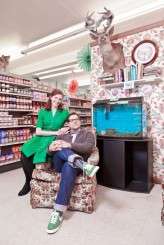 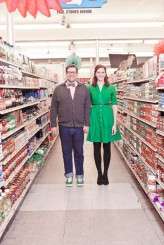 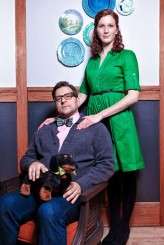 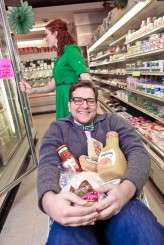