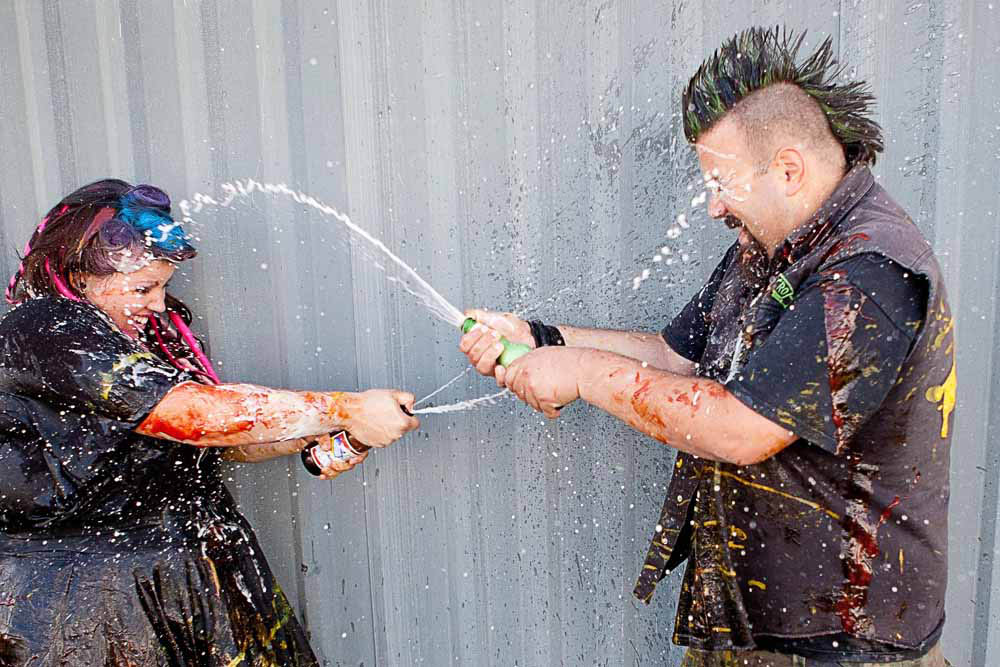 Kim & Phil were the lucky couple who won an engagement and video shoot with Assassynation, Sassy n Frank and  Elbie Van Eeden. Their idea for a crazy shoot was a food fight as Kim explained in her entry,

“We got engaged on 1st April 2011, yes you heard right, April Fool’s Day, and with this in mind we would like to continue our personalities and character traits in an engagement shoot. The theme I see is a food fight, with bright and colourful food such as cupcakes, hotdogs, condiments (almost American food style) between myself and my fiancé.” 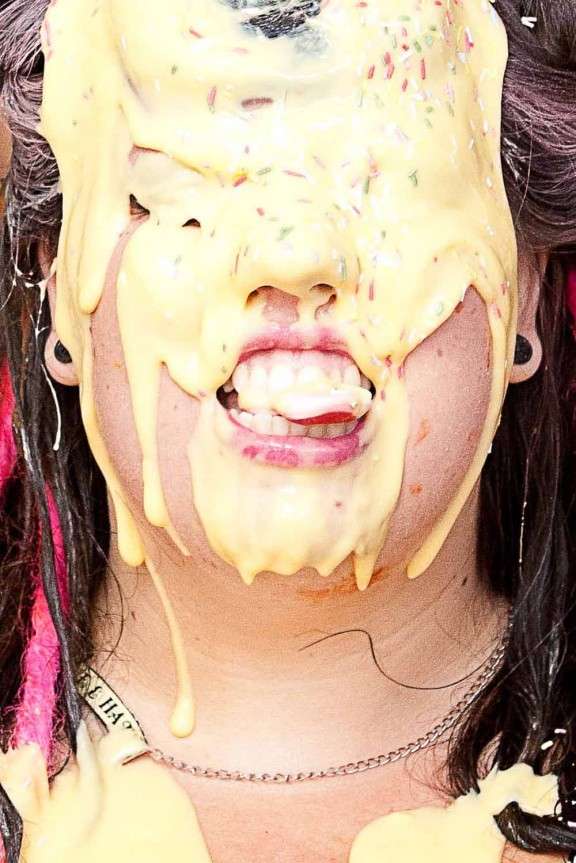 “We could be dressed in black so the bright colours would show up. I’d like some bright colour extensions in my hair (it’s brown at the moment) and bright make up to create a bold look.” 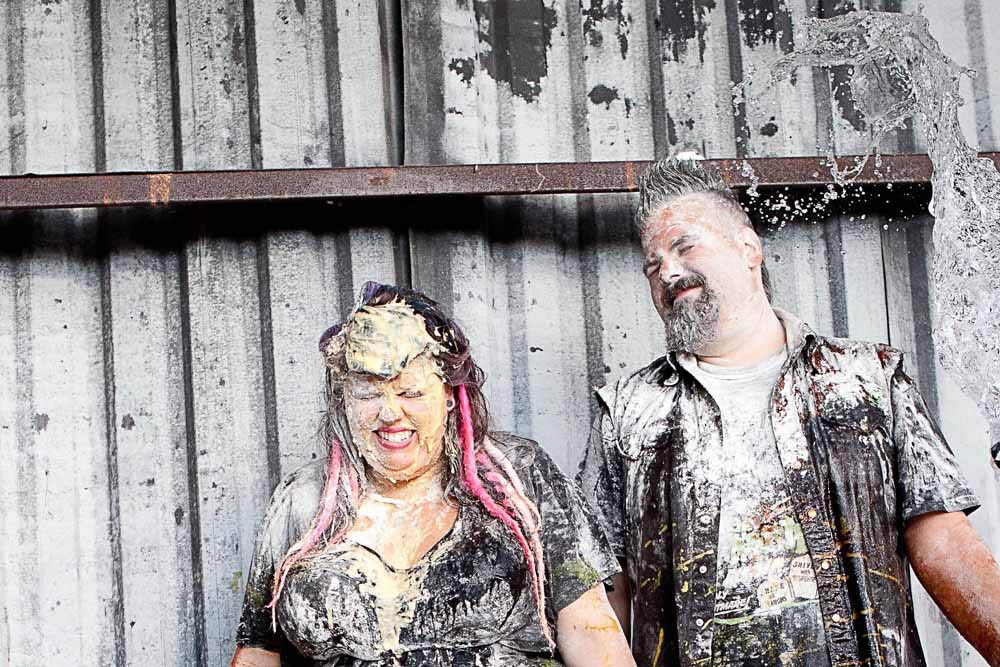 I’m thrilled to share the results with you today. Aren’t these two totally brave!? This is one messy shoot and I love it! 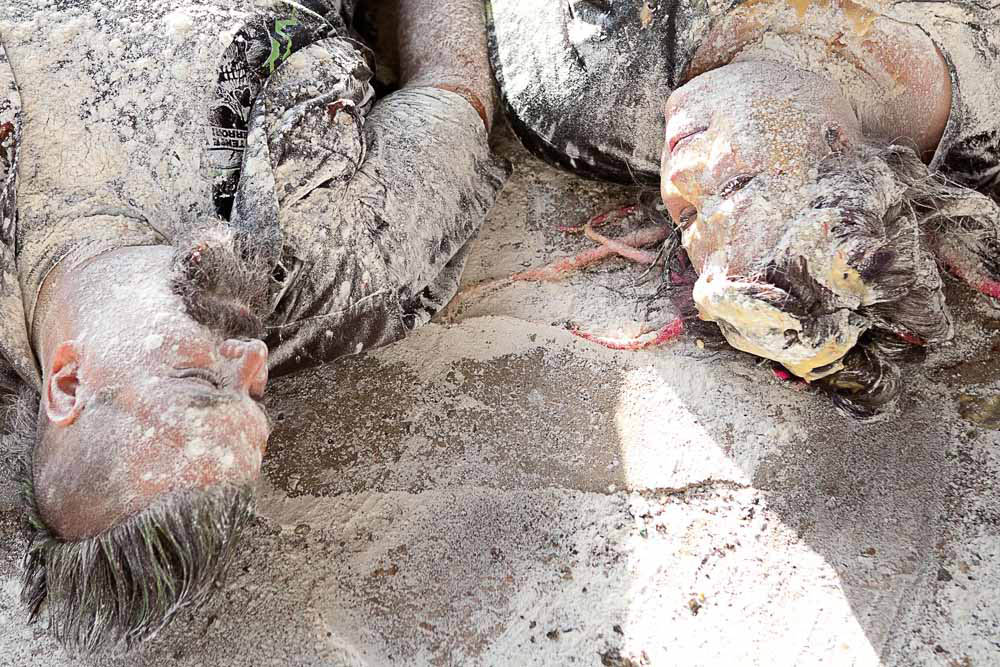 Thanks to Sassy, Frank. Elbie and of course Kim & Phil for sharing the fun with us today!

Sassy n Frank have just launched a brand new exciting project, London in Love, where they want to see how many weddings they can shoot in just one day… and for this they need you! If you’d like to be involved, and you’re getting married in London in March 2012, check it out! It’s a bit of a mental idea but that’s what these guys are like really… 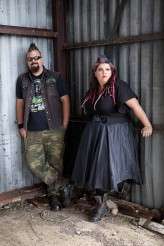 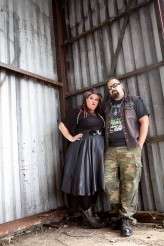 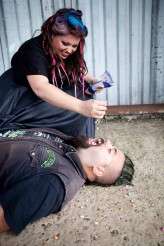 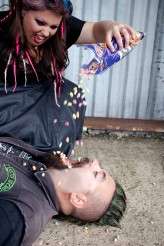 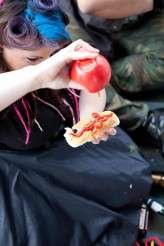 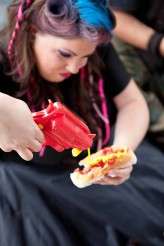 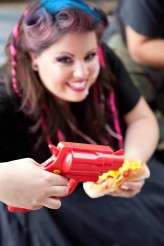 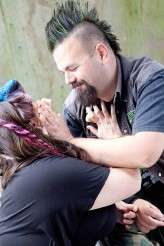 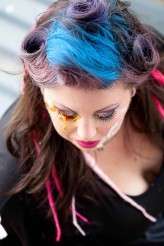 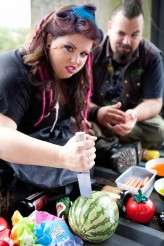 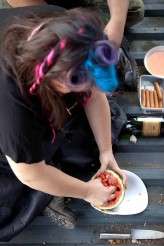 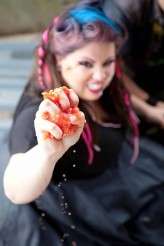 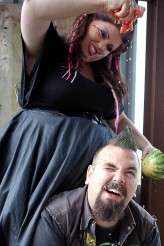 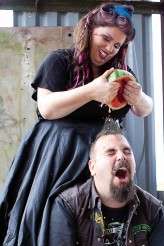 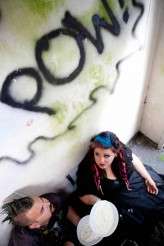 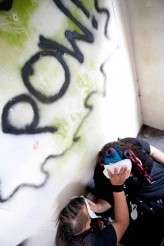 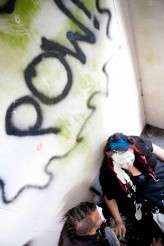 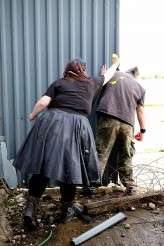 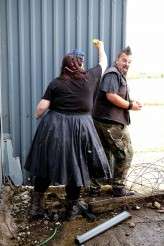 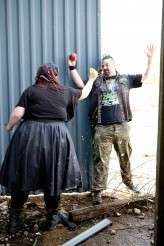 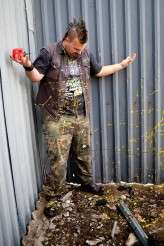 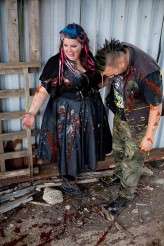 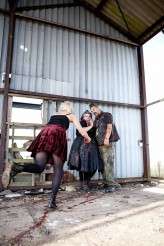 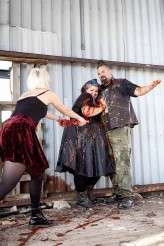 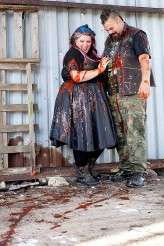 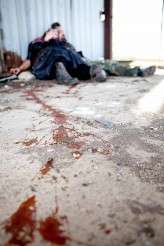