This week’s DIY tutorial comes from Betty of Betty Bee Vintage. This simple project looks like a lot of fun, and wouldn’t these look amazing as part of your reception centrepieces? You could cover them with cupcakes, flowers, pearls…well, whatever takes you’re fancy I guess. I kinda like the idea of using really dark coloured plates and putting skulls on them surrounded with ivy…but well, that’s just me. I better leave this to the experts… 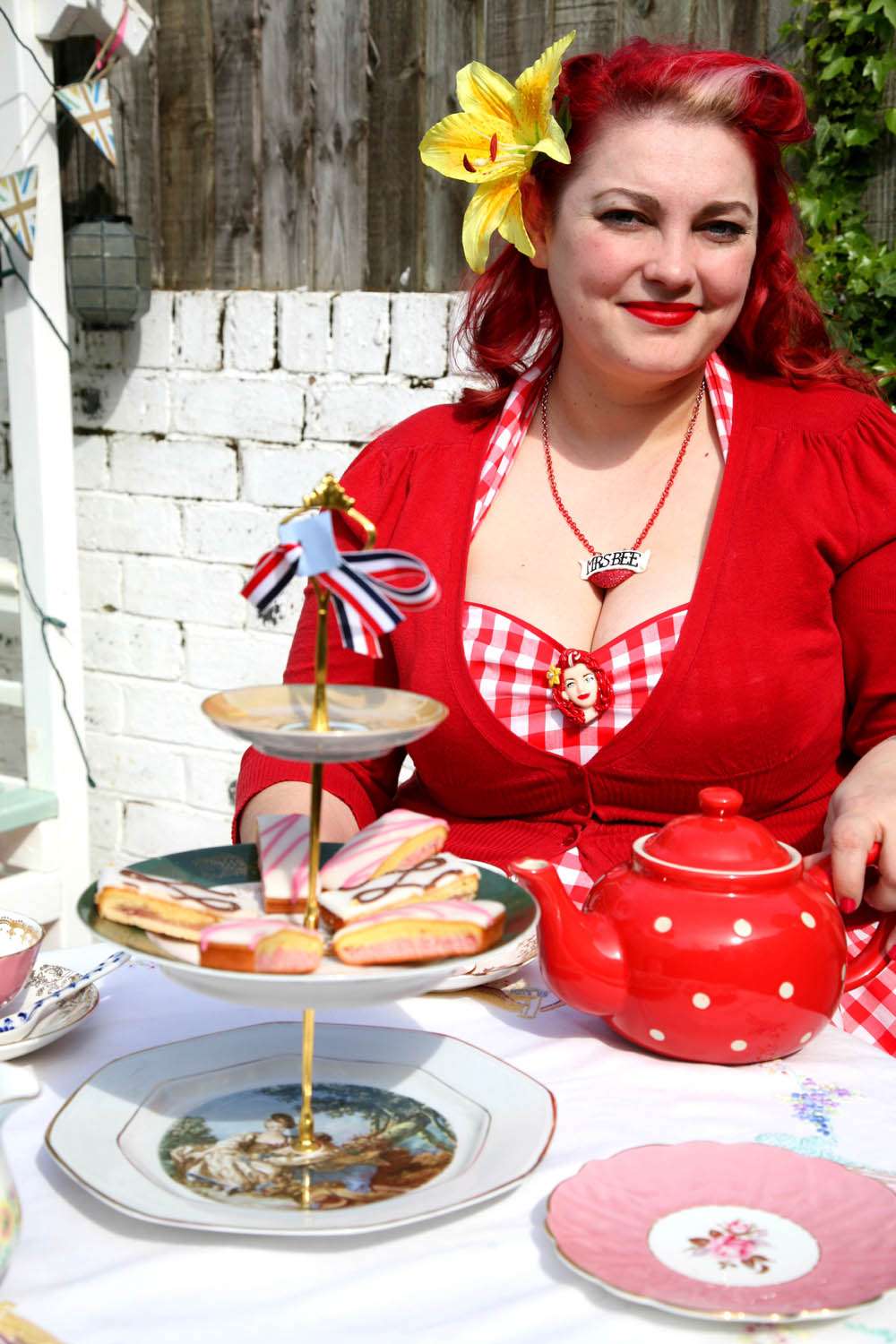 If like me you long for the days of Victorian decadence where tea was served in china regardless of the location and slumming it might mean forfeiting the finger bowl but never napkins then this craft project is for you. Nothing makes a wedding look as elegant as including a cake stand. You can use them as table centres covered with flowers or simply serve cupcakes on them. Here’s my guide to making one of your very own for under a tenner. 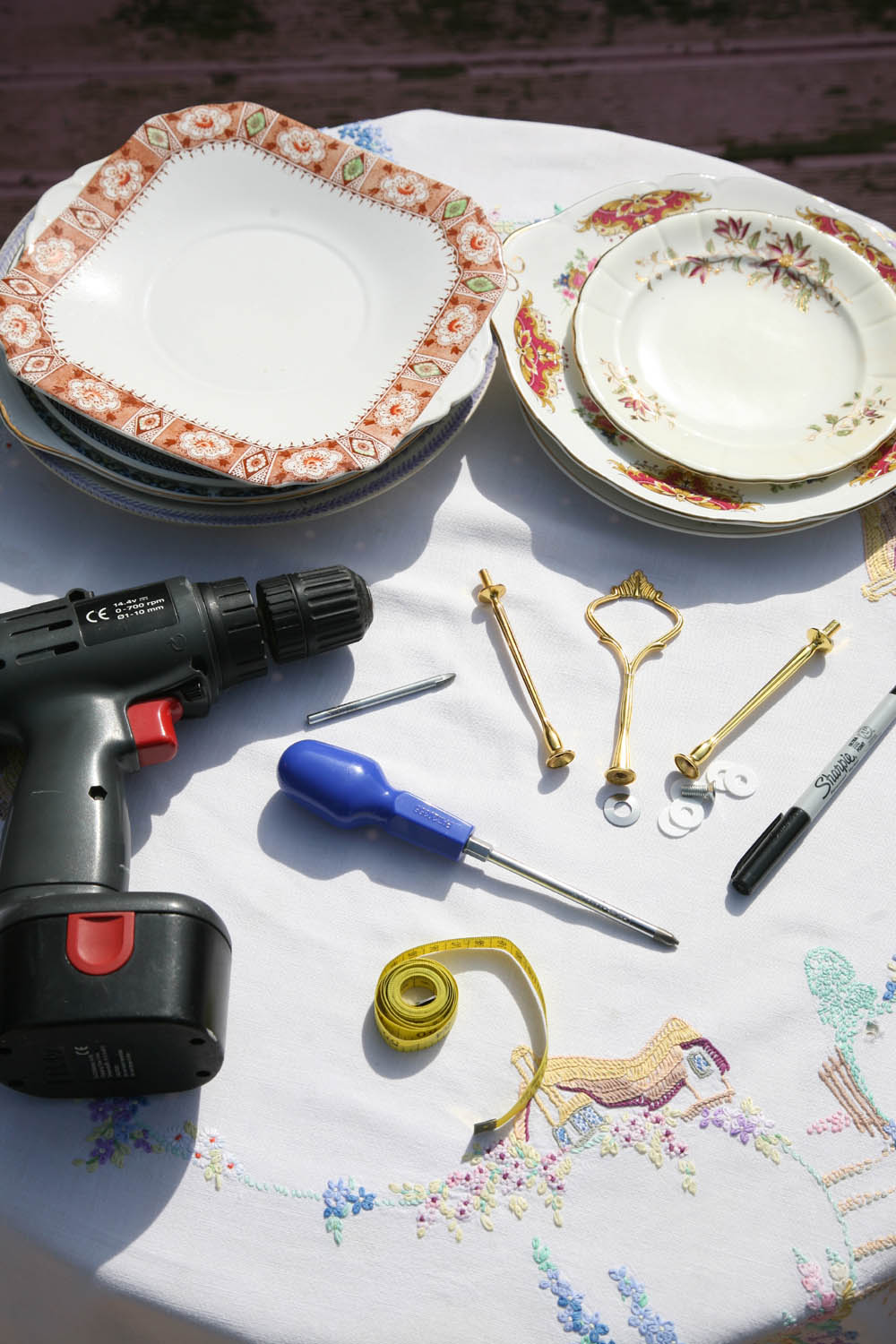 ♥ Selection of plates
♥ A 3 Tier cake stand fixing (these can be found on eBay and many online craft stores they usually cost about £6)
♥ A fully charged cordless drill with a tile drill bit. This is important, as a normal drill bit will break your plates
♥ A screwdriver
♥ A pen
♥ A tape measure

Step One: Probably the most time consuming part of the process is sourcing your plates. Charity shops, car boots and jumble sales are great for this. Remember the plates don’t have to match; in fact it can look prettier and more unique if they don’t. I always try and tie the plates together in some way whether it be a theme (birds, flowers or toile for example) or by complimentary colours but this is entirely up to you.

You will need a dinner plate for the bottom, side plate for the middle  and either a saucer or teacup for the top. Be warned very occasionally if a plate has a hairline crack or is especially delicate it will break when you drill it so this is not a project to do with your grandmothers irreplaceable dinner service. 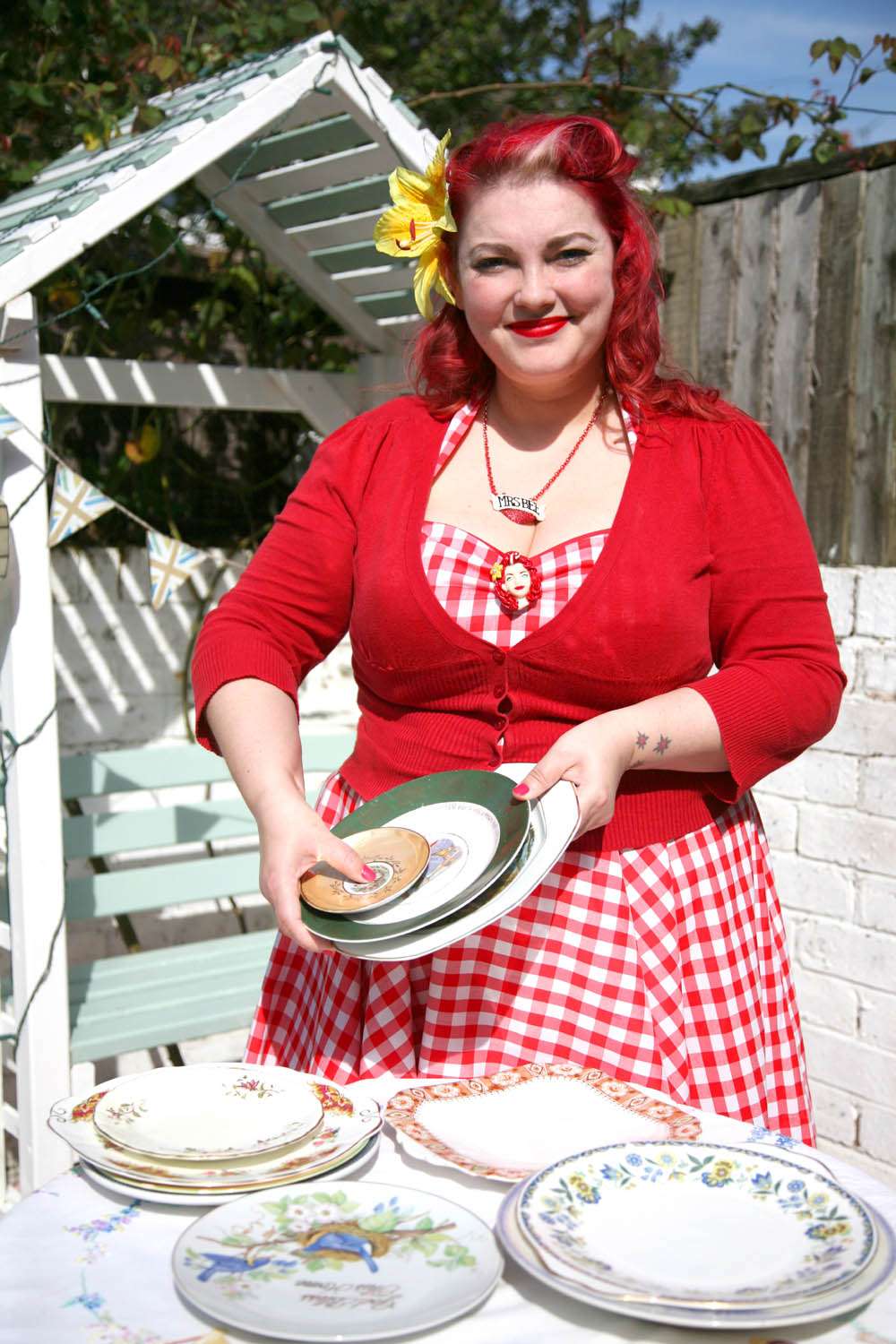 Step Two: Make sure your plate is clean and dry. Take your tape measure and measure the diameter of the plate and use your pen to mark the middle. This will act as your drill guide. 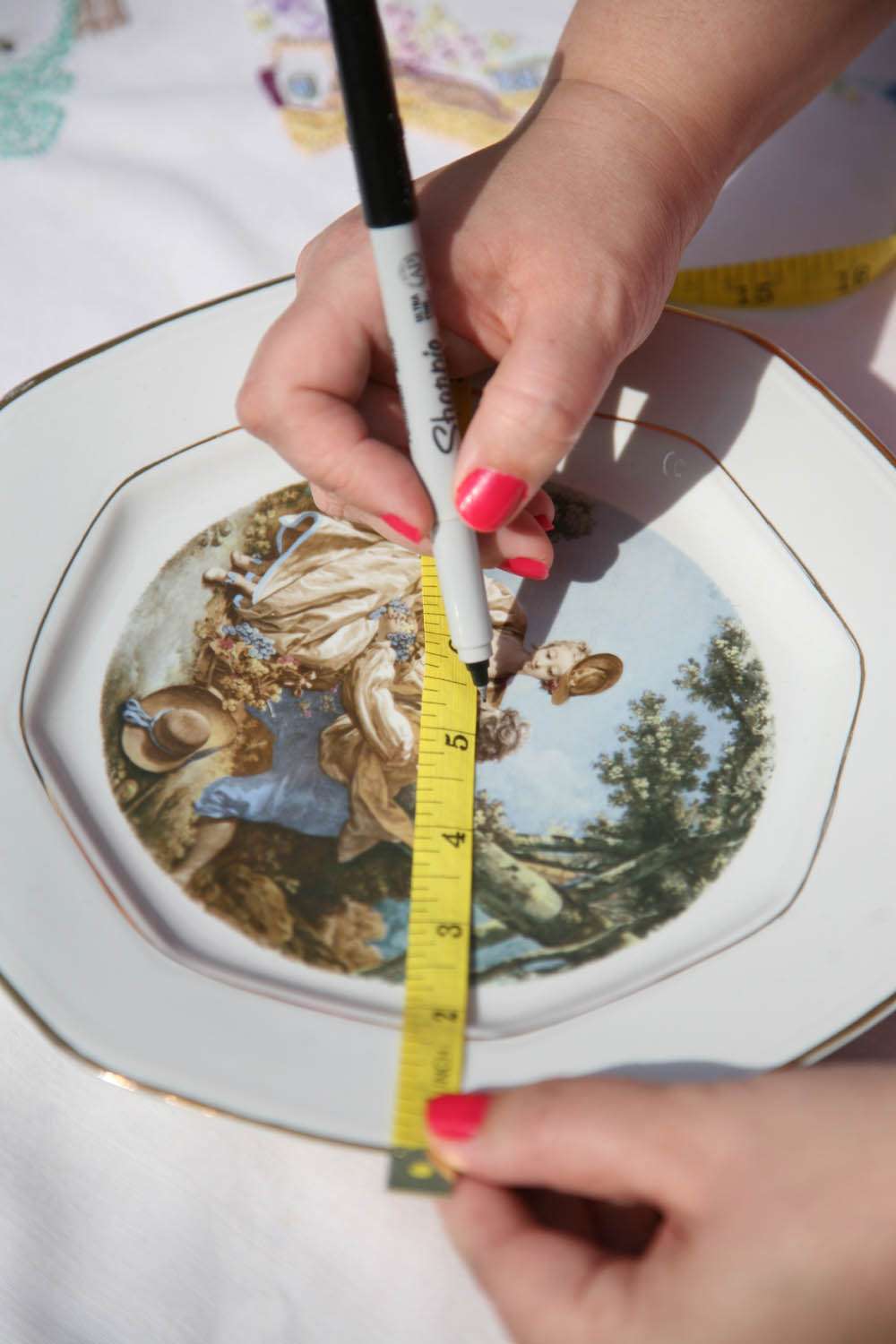 Step Three: Time to put on those safety goggles. Always drill your plate somewhere it won’t slip and where you are not going to drill into something precious underneath. A workbench is ideal but if like me you don’t have one of these put it on the grass in your garden. Before I start I put a little bit of water in the plate to keep the drill bit & plate cold. Slowly drill where you have marked the middle until you have gone all the way through. Repeat until all three plates have holes in the centre. It’s worth noting that the glaze on some vintage plates makes it impossible to drill through. When this happens just choose another plate. 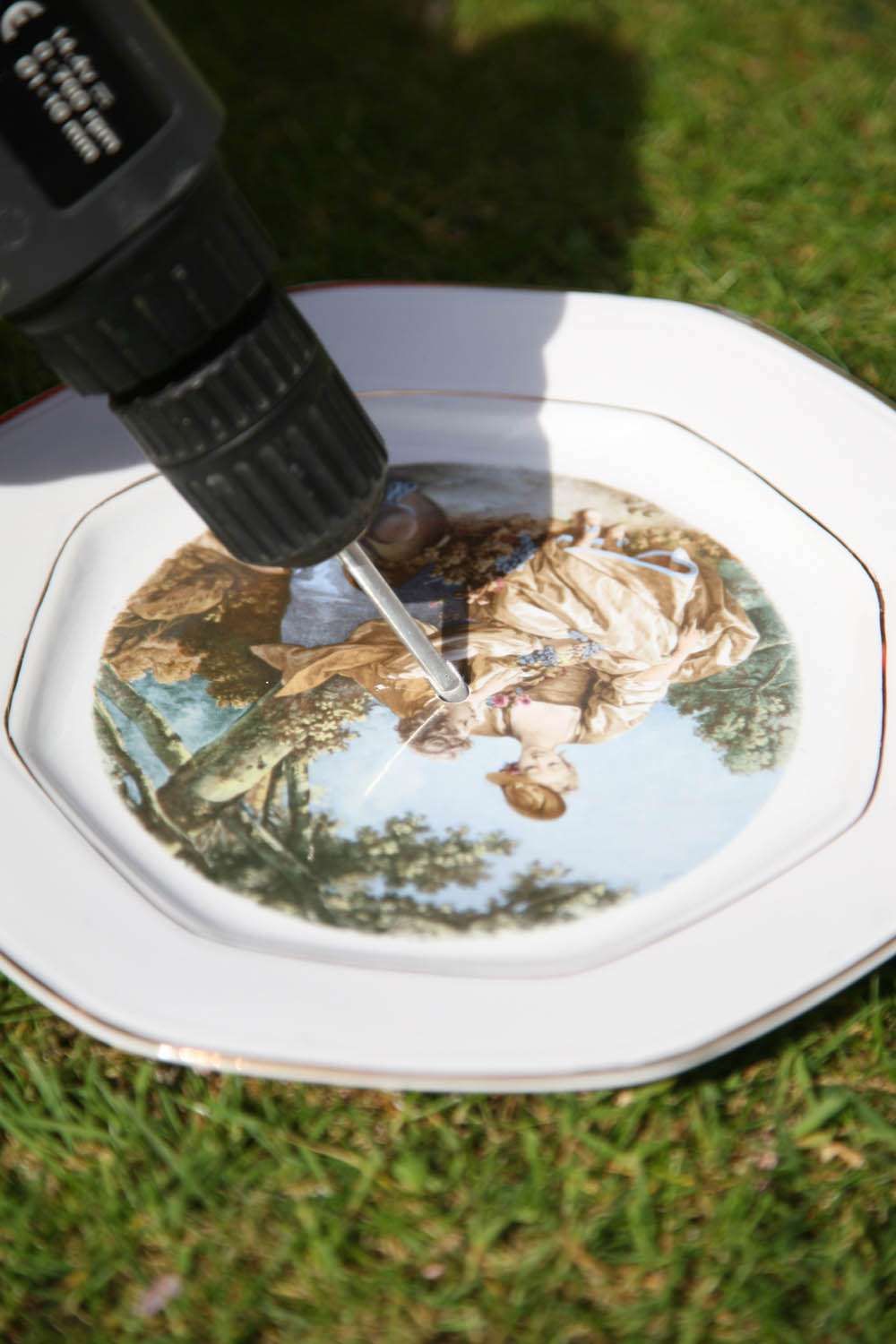 Step Four: Start with your bottom plate. Put your washers on and then poke the bottom screw into the plate. Put a soft washer on the topside of this plate and then apply the cake stand fitting. 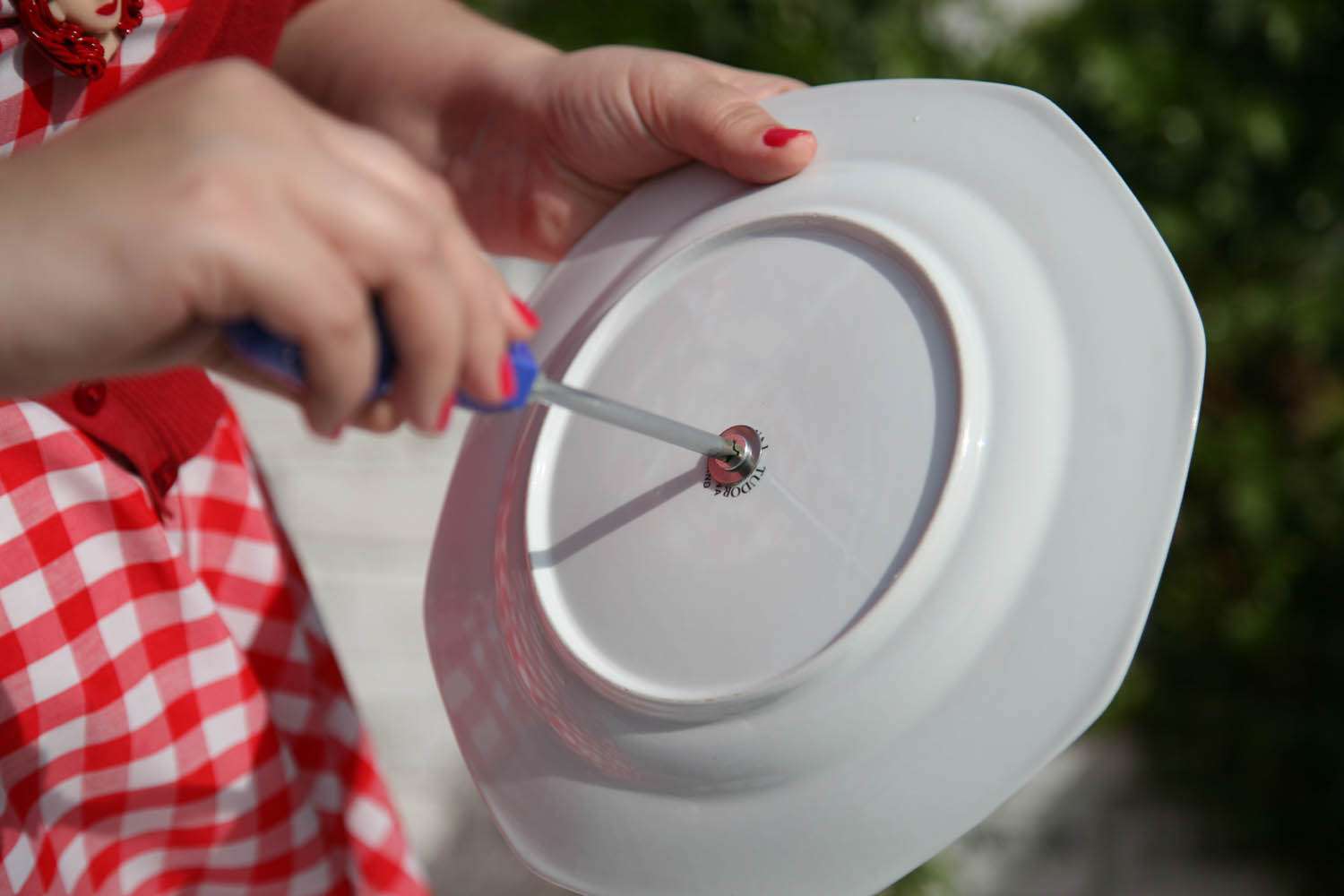 Step Five: Repeat until all three fixings have been attached. For your top tier you can either opt for a small saucer or for a more Alice in wonderland feel put a china cup on top. Perfect for putting pretzels or lollypops in. 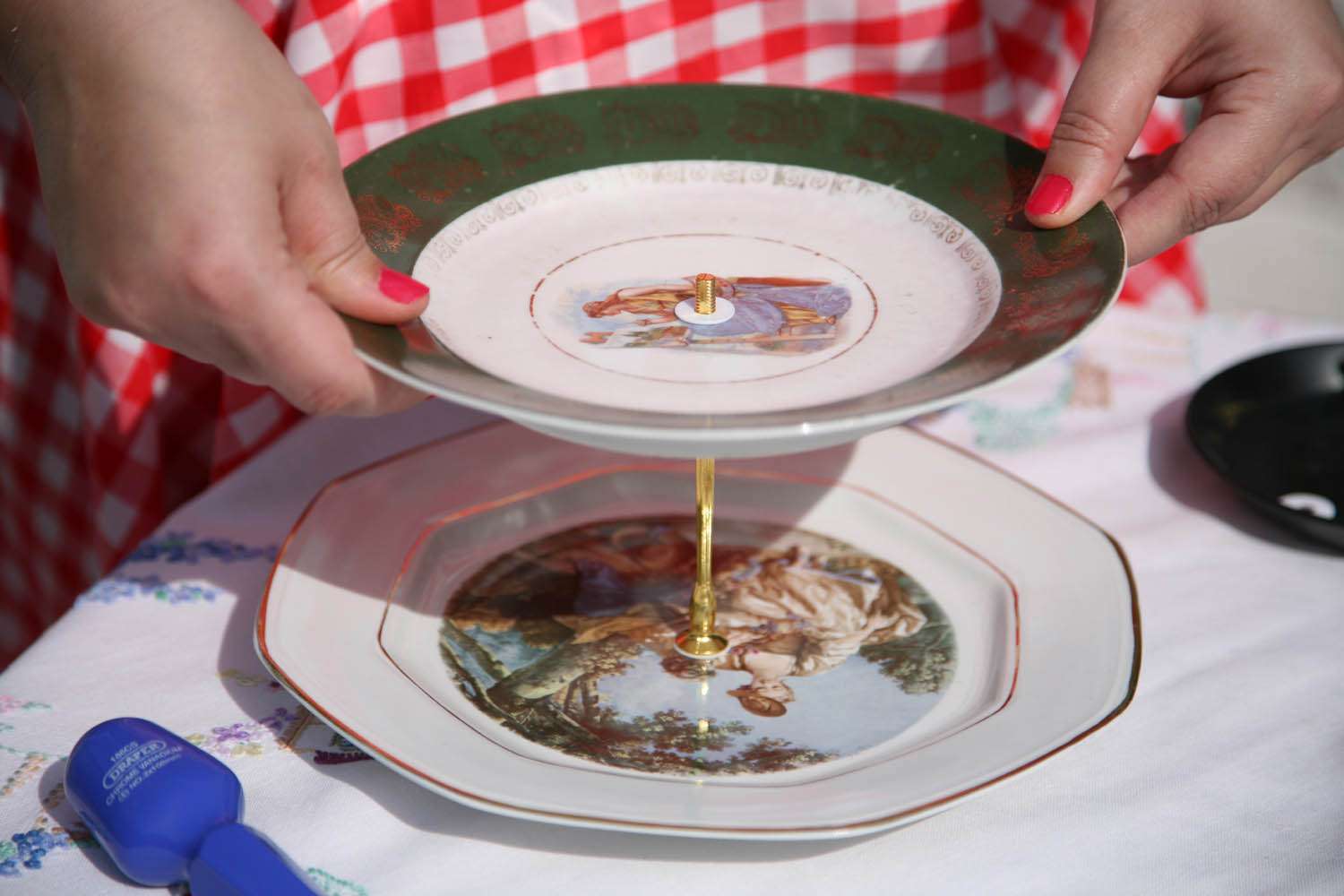 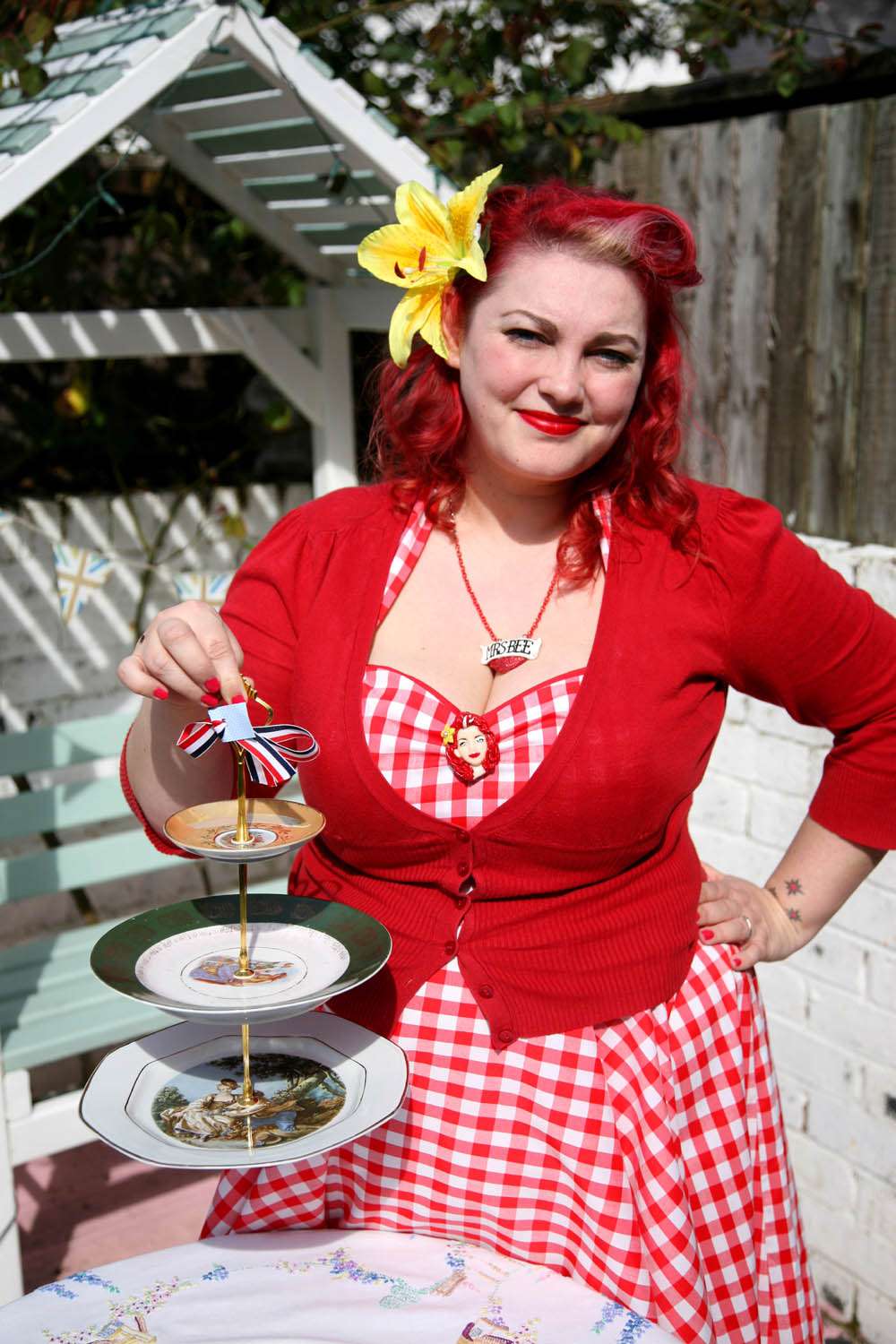