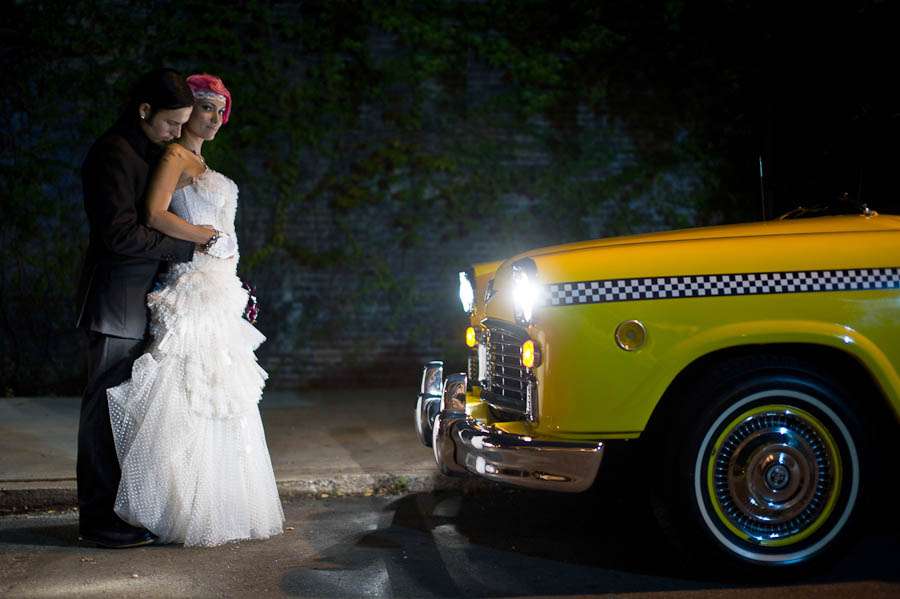 “We are both crafty, artistic and creative,” the pink haired bride told me. “We wanted a mix of romantic gothic, neo-Victorian, vintage and steampunk for our wedding. We really wanted to make it our own and original with still trying to keep a little tradition for our families. We decided we just wanted hints of each. That’s why we decided to DIY as much as we could.” 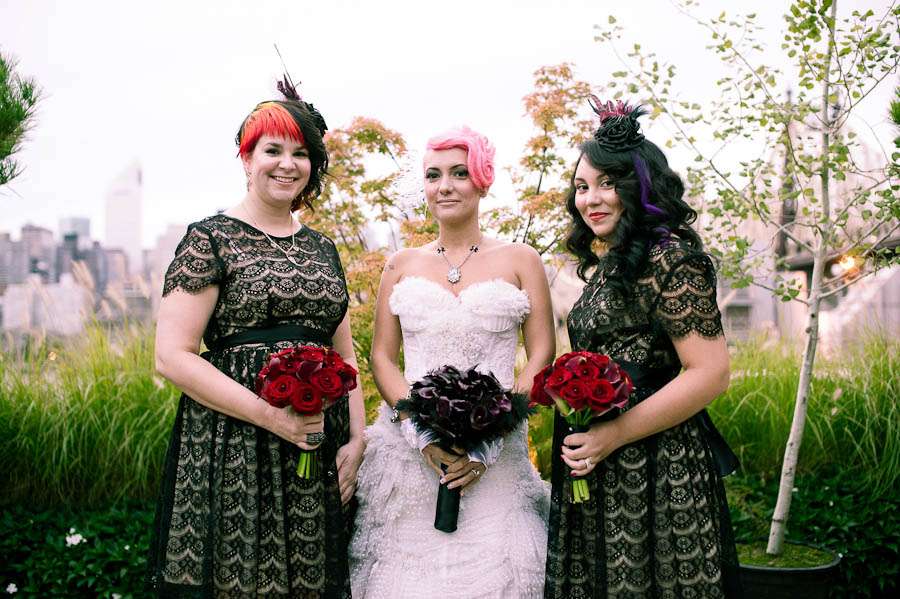 After an 11 year relationship, Jasmine & George were married in The Greenhouse at The Foundry, NY by groom’s cousin, John Russo. “We got our wedding rings from Gemvara,” Jasmine continued. “My ring has black and white diamonds and his had black diamonds added to it. The inscription says ‘True Love Waits’ after a Radiohead song because we waited 11 years before we got married.” 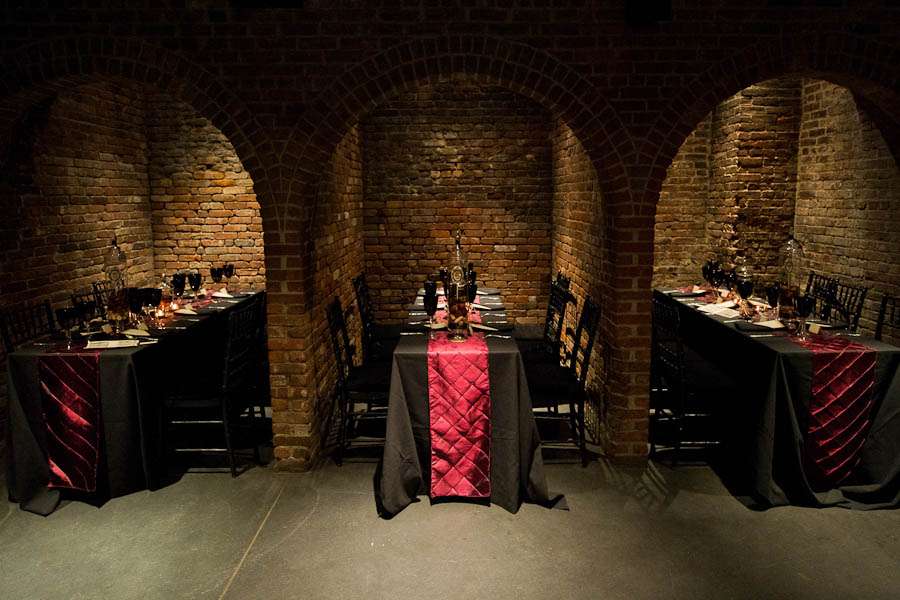 The reception was held in the main hall at The Foundry. “Our centerpieces were made by us,” the bride explained. “We collected wine bottle corks and dried out lots of red roses upside down on a laundry line at home at least 3 weeks before putting them all together. The tops of the apothecary jars had a black ribbon tied around with a different steampunk and vintage-themed trinkets attached.” 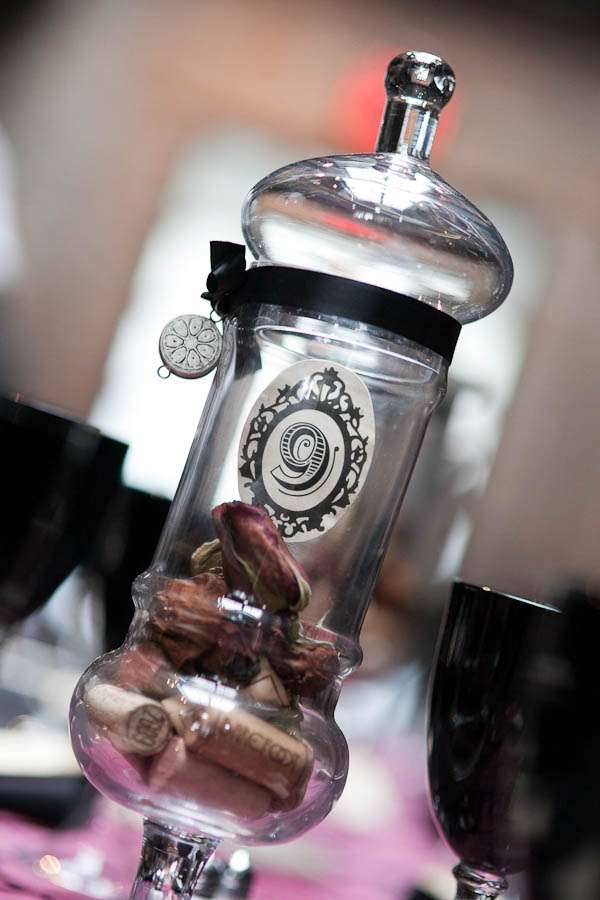 “The cake toppers were from blimpcat on etsy. They were wooden cameos of us that we used on our Save the Dates. All the paper goods were handmade by my maid of Honor including the programs, menus, table cards, our table banner and the wedding entrance sign. She also made the signs that the entire wedding party and parents held up for the photos. We got our wedding invitations made by Royal Steamline.” 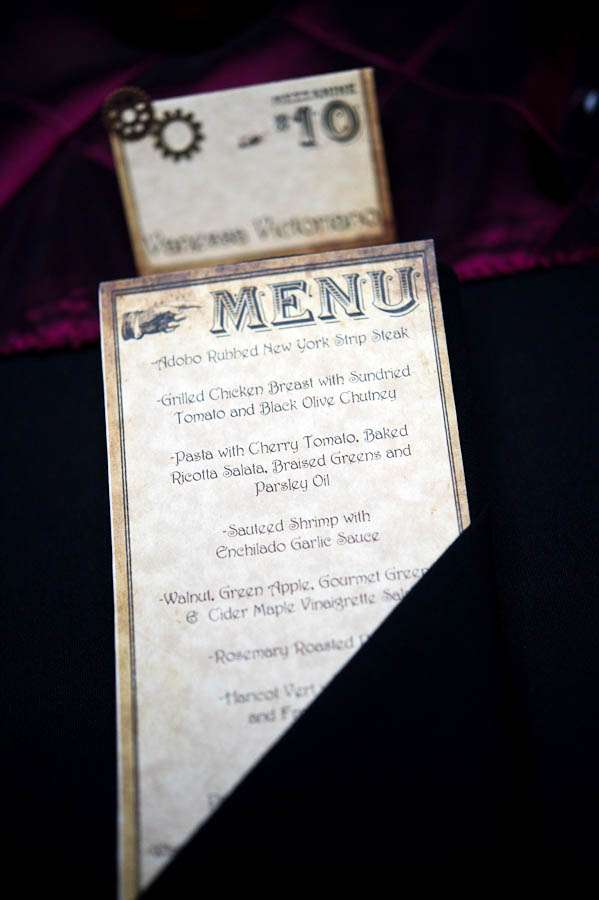 The couple also made a huge effort with their outfits, DIYing and accessorising with vintage and steampunk details. “George and his groomsmen had time piece lapels were made by us using mini metal gears, chains, a mini key & a watch face. We had the florist attach the black calla lillies to the pieces we made.” 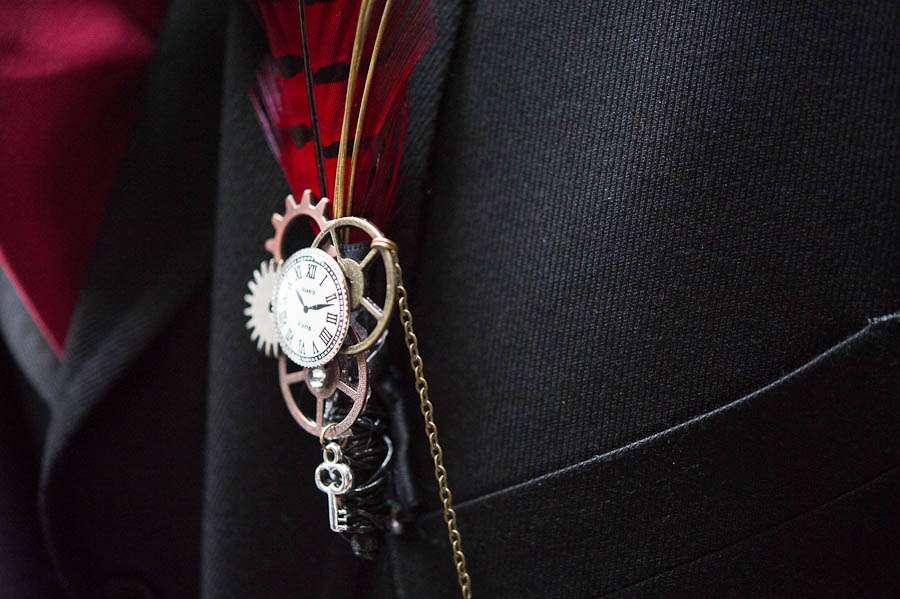 “The hats that my bridesmaids wore were made by us as well. We bought simple tear shaped hats and added black & red striped feathers, dark red birdcage tulle, time pieces and mini vintage keys. I made my veil/mask with white birdcage tulle and Swarovski crystals. The feather was from Claire’s Accessories that I just clipped on the side. For the reception, I changed my headpiece to a headband which I also made myself. I bought the sequin trimming and a brooch from etsy which I simply put together.” 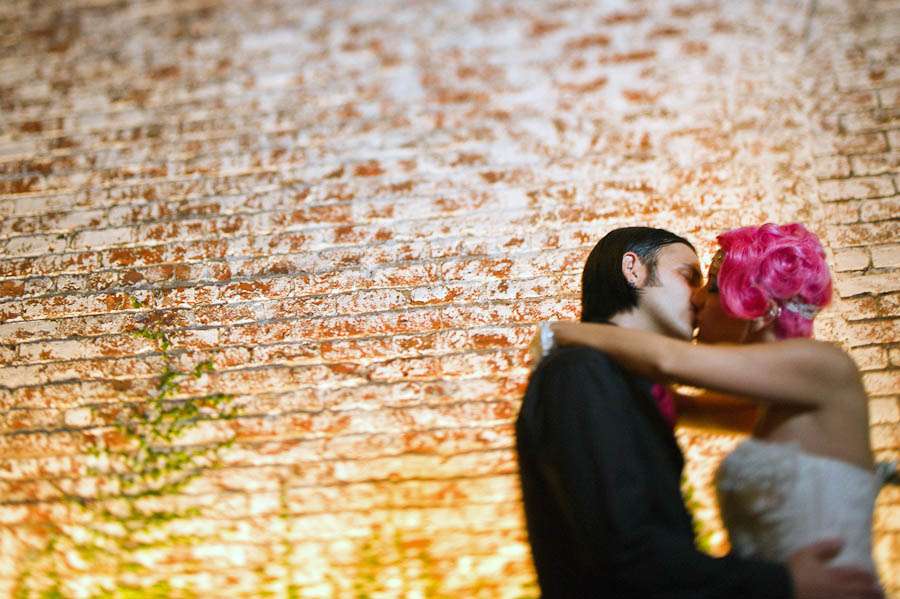 Thank you to Jasmine & George and their photographer Daniel for sharing these today. 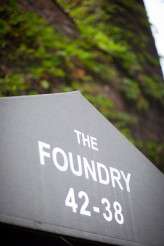 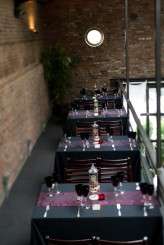 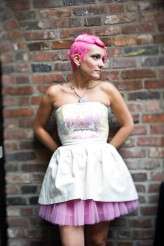 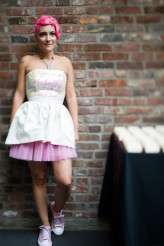 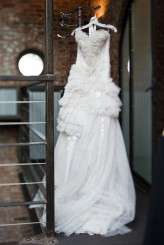 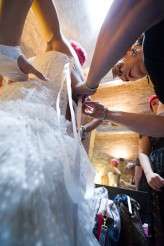 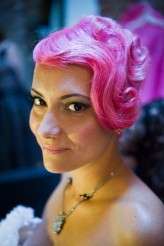 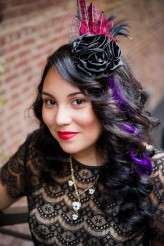 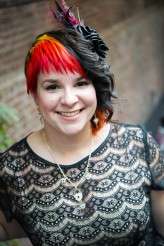 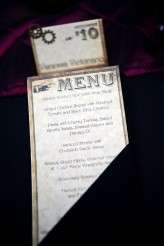 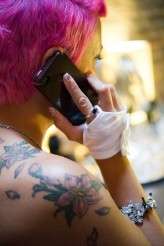 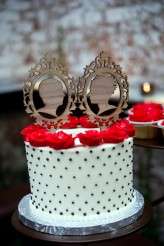 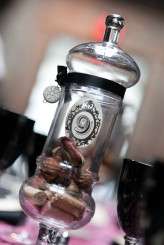 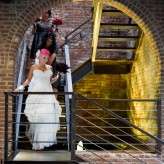 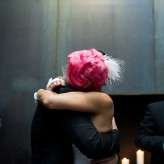 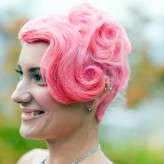 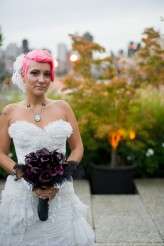 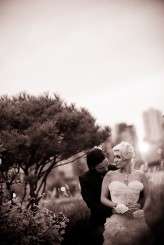 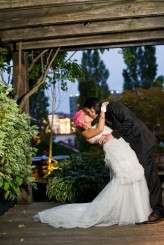 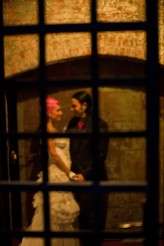 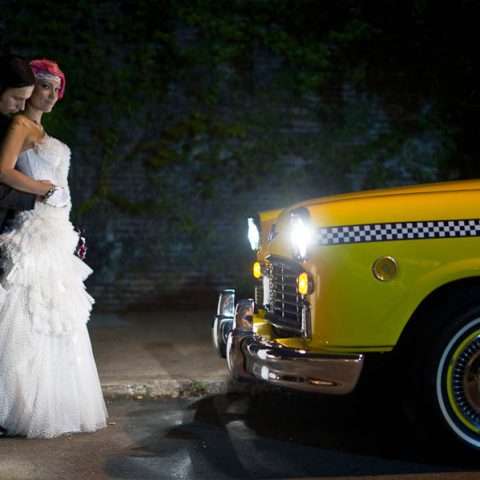