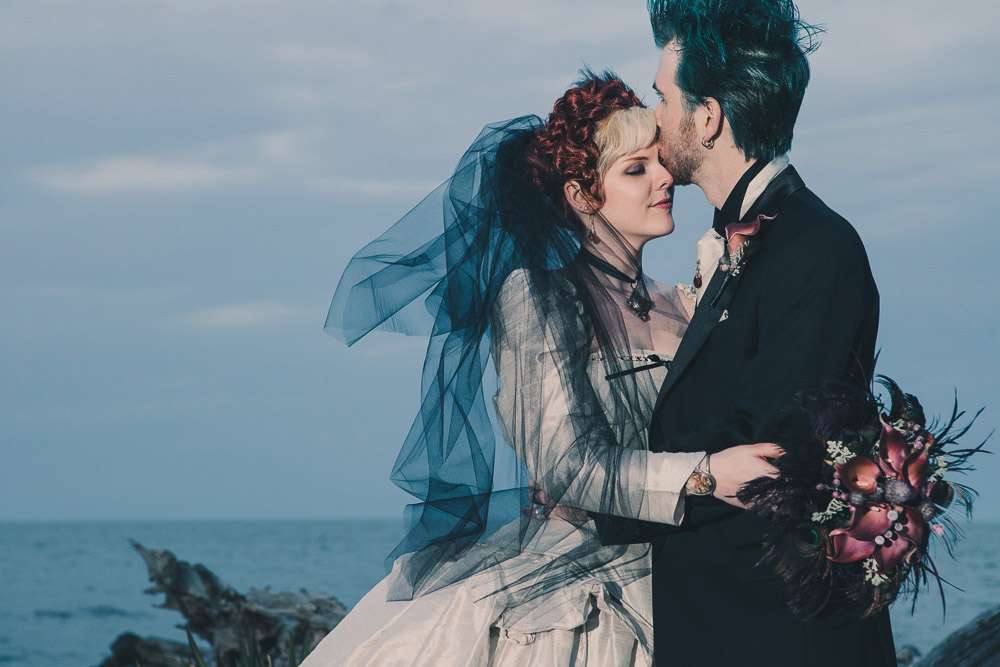 Katie & Eric didn’t have the wedding they’d originally planned, but when circumstances changed, so did their wedding. However being able to have the people there that meant a the most to them was more important than waiting for a big wedding. “When we got engaged last summer, we started to plan a big wedding for October 2013 that we could invite all of our friends and family to”, began Katie. “A few months after we became engaged we found out that my Dad had liver cancer, and everything changed. The most important thing was to have our family members at the wedding, and have them all attend in comfort. With that in mind, we changed almost every aspect of the wedding and planned it in four months.” 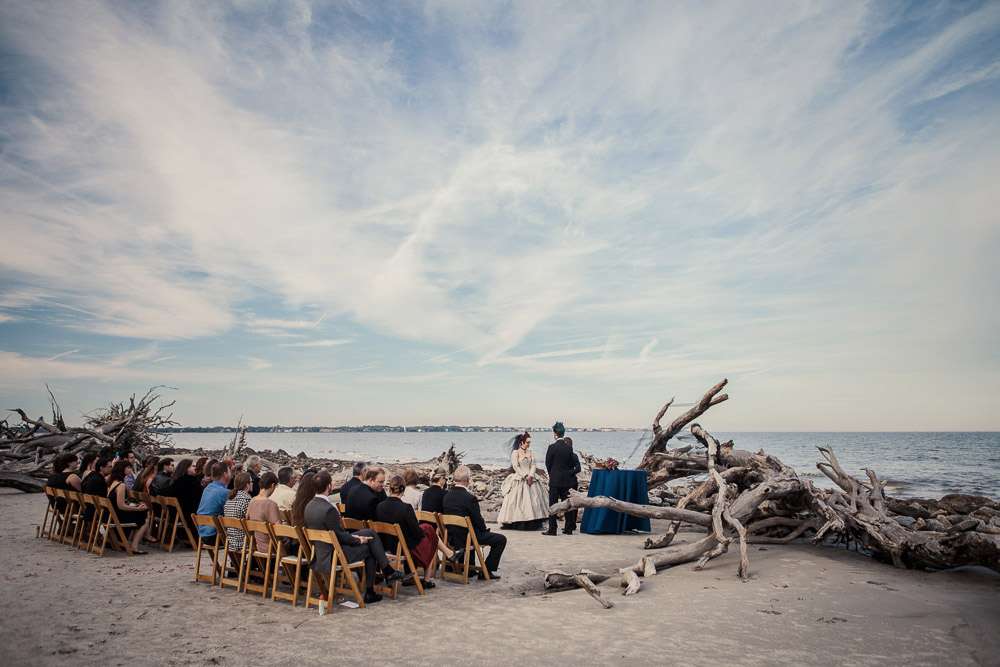 They chose Jekyll Island, GA as the spot where they would say ‘”I do”. Not only was it very close to where Eric proposed, it was where they spent their first day as an engaged couple while adventuring with a group of close friends. The ceremony was held on Driftwood Beach and the reception at Jekyll Island Club Hotel. “My favorite part had to be the ceremony. Eric’s sister, Laura, was our officiant, and she composed a ceremony specifically for us. I made our handfasting cords, and our friends and family set up the ceremony site. It really felt like a group effort and was truly magical. Laura scooped up the sand that was under our feet as we said our vows and gave it to us in a heart shaped jar as a wedding present.” 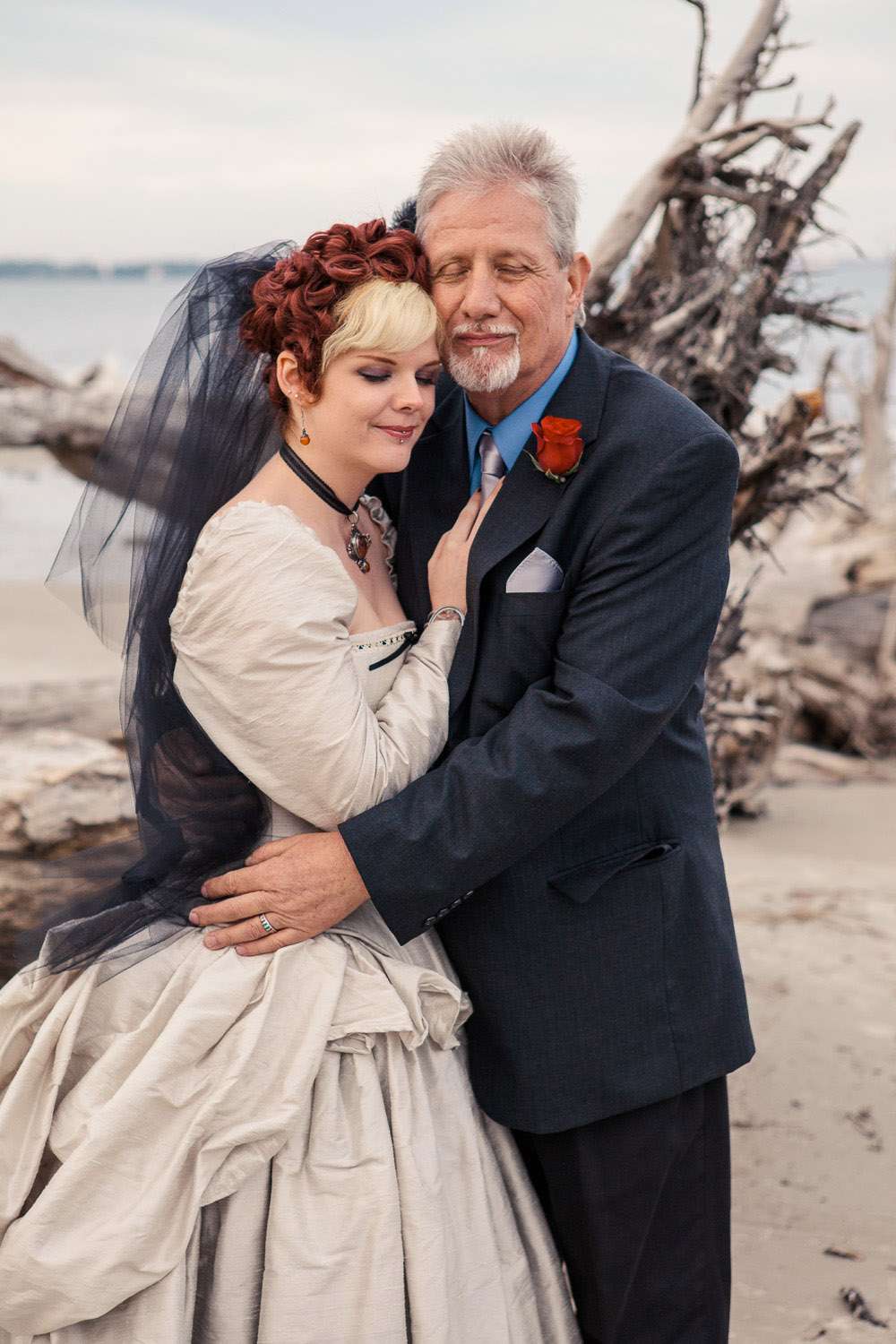 “If I had to name a theme for our wedding, I would say it was Victorian”, Katie continued. “I am absolutely in love with the Victorian era, and there’s no way that wasn’t going to come through in our wedding! My dress was a mash-up modernization of Victorian fashion spanning quite a few decades. It was a customization of a design by KMK Designs, and I couldn’t have been more pleased.”

“We opted out of a traditional reception, instead having a dinner post-ceremony during the Jekyll Island Club’s monthly dinner dance”, Katie concluded. “My Dad was able to walk me down the aisle, and those moments waiting with him to walk down to Eric couldn’t have meant more. Although this wasn’t our first choice of wedding it became the wedding that we never knew we wanted.” 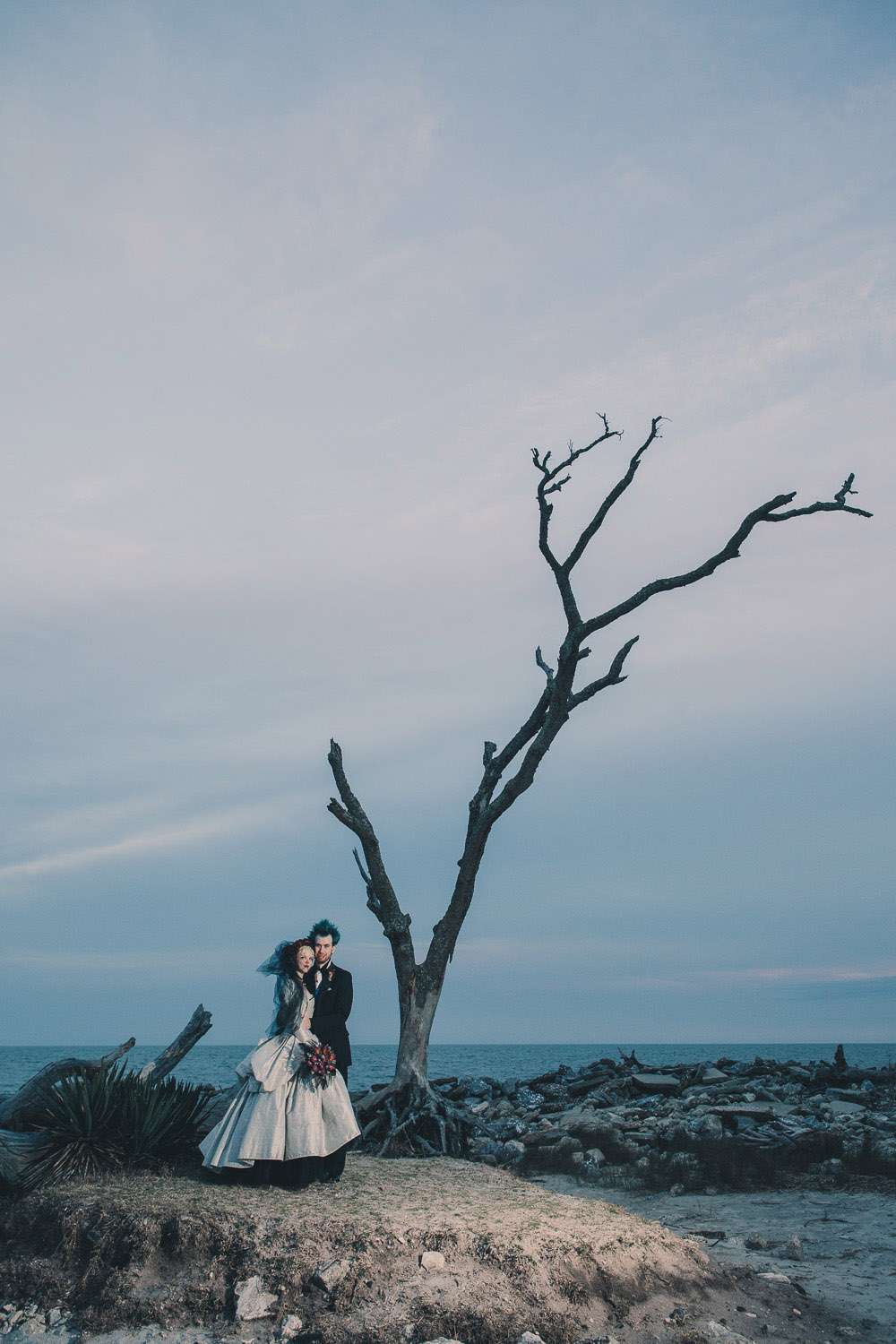 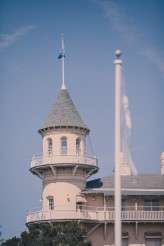 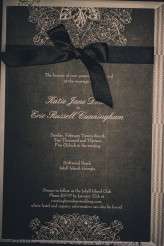 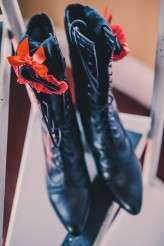 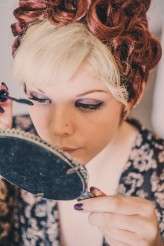 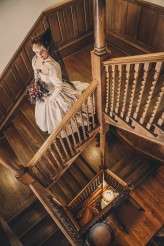 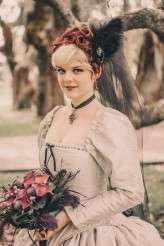 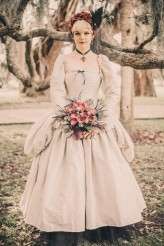 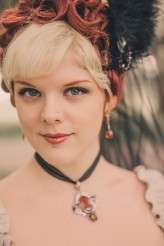 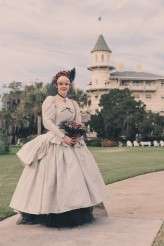 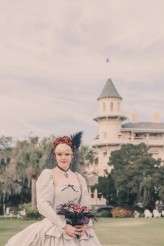 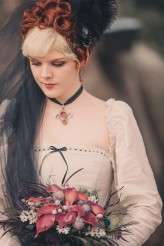 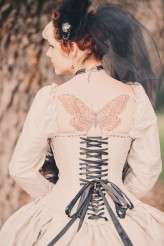 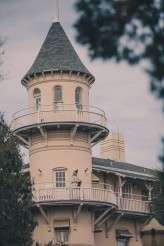 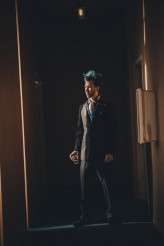 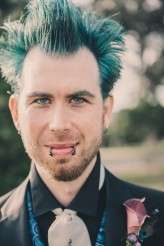 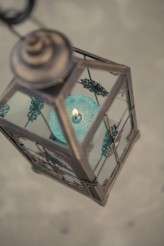 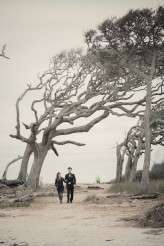 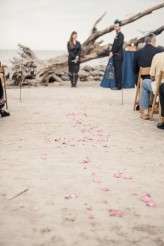 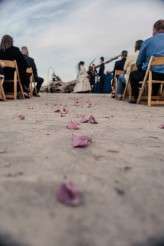 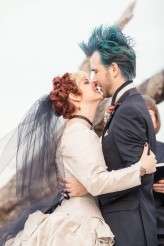 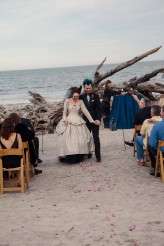 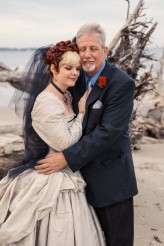