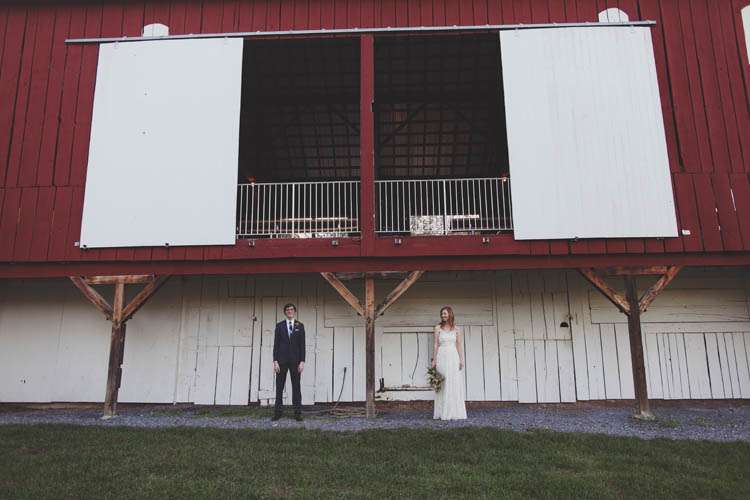 Genevieve & Andy were married at Smokey Glen Farm, Washington. A simply styled day, the couple put a lot of importance on their friends and family being involved and having a good time. “Early on, we decided which things were most important to us. We wanted it to be a fun party, to be simple, and to be uniquely us – everything else we tried not to sweat too much. As a result, we simplified our approach and only spent a lot of time and attention on a few key things. The venue supplied great BBQ, beautiful scenery, and a lot of fun games for our guests. And we rented a ping pong table. That was key.” 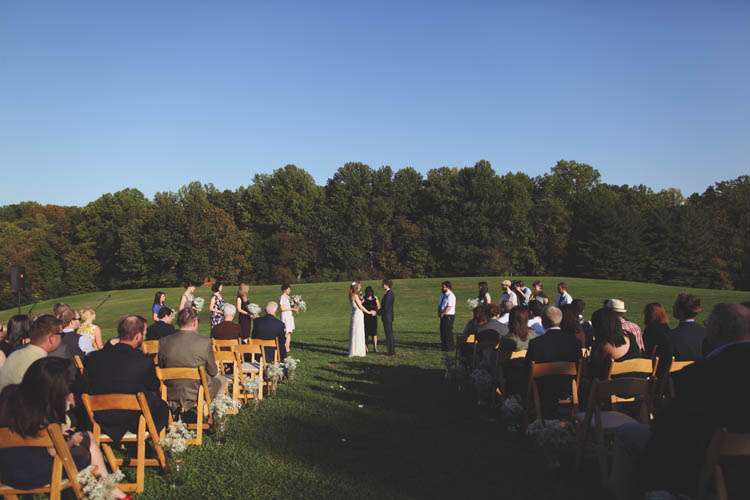 “Andy’s Mom made the strings of hearts, table runners, and the ties for the silverware and my mom and aunts arranged the flowers on the tables,” the bride told me. 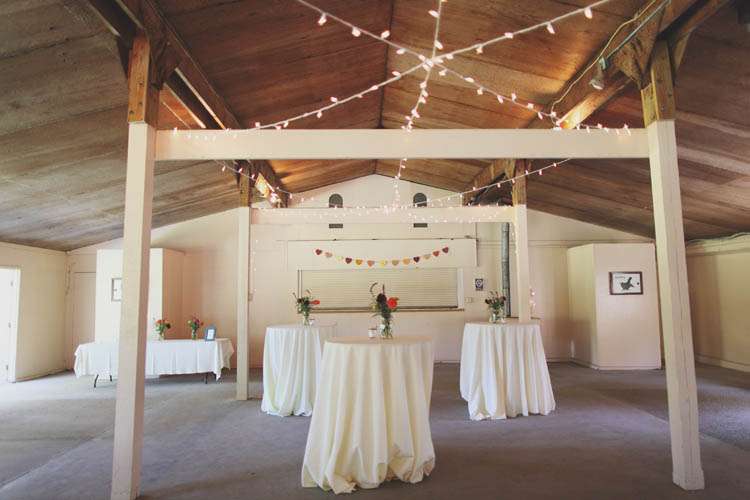 “A friend was the officiant, another the DJ, another the videographer, and another did the hand-carved linograph invitations and thank you notes. Each bridesmaid doubled as a quasi event coordinator, especially the maid of honor who kept us on point all day.” 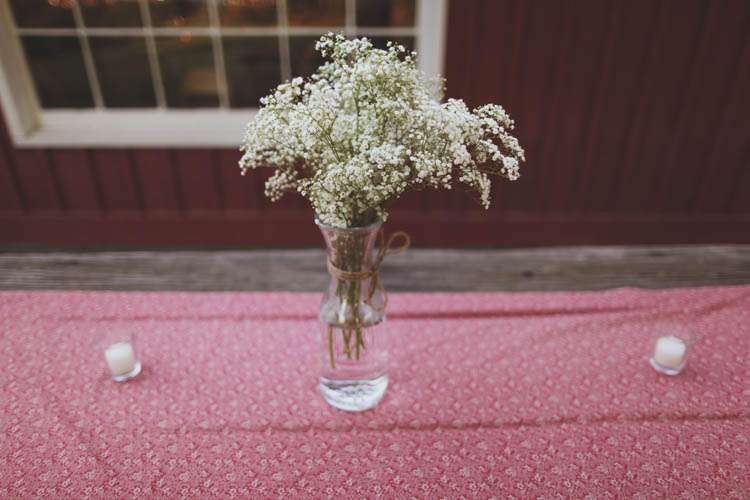 “The program and menu were chalkboards,” Genevieve continued. “We just got some chalk paint and plywood; the fanciest portion was buying some cheap floor molding and nailing it to the boarders of the chalkboards to make them look like picture frames. We bought a few hundred feet of white lights and stapled them to the rafters. We collected a lot of candles and mason jars and we crafted up a yarn wreath.” 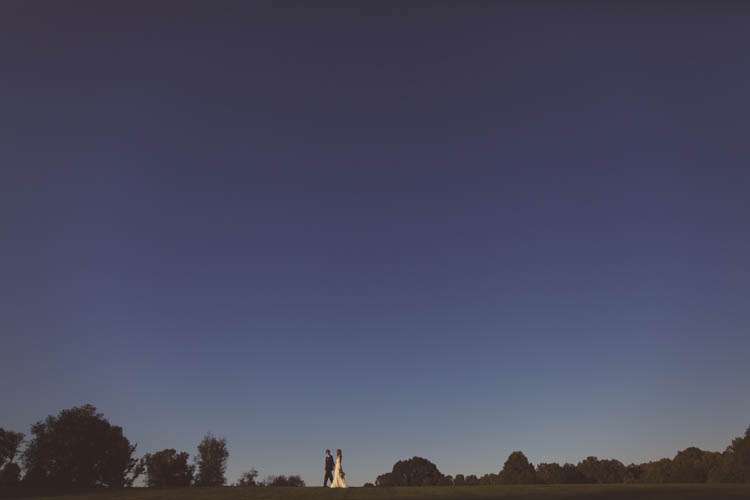 Thank you to Genevieve & Andy and their photographer Amber for sharing this beautiful day with us today. 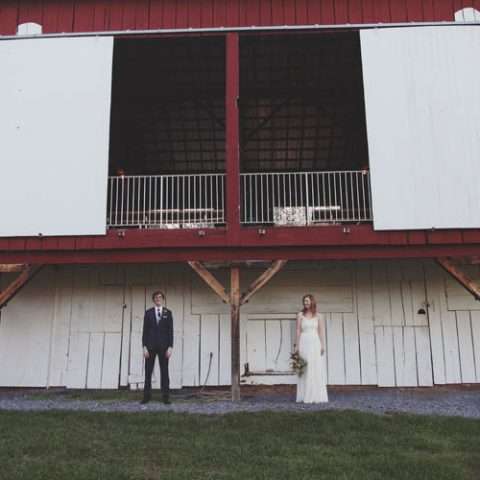 "Jon & I were married on a scorching hot day (temperatures just shy of 100F!) in September of last year in Columbus, Ohio", wrote Ashley. "This was the culmination of a year and a half of UK to USA long distance relationshipping! We met while living and teaching ESL in South Korea 3 years ago, and after 8 months of dating while there decided to keep trying even as we returned to our respective continents. After Korea, I started a master's degree course in Ohio while Jon returned to Brighton and found a job. The year and a half apart was tough but we kept the love alive with lots and lots of Skyping and daily gchats. We got engaged when Jon surprised me by secretly flying to Ohio (an impressive collaboration between himself and one of my best friends/roommate) on February 13th, 2011 with a vintage ring he'd bought at an antique shop in the Brighton Lanes. I was absolutely shocked, believe me!"