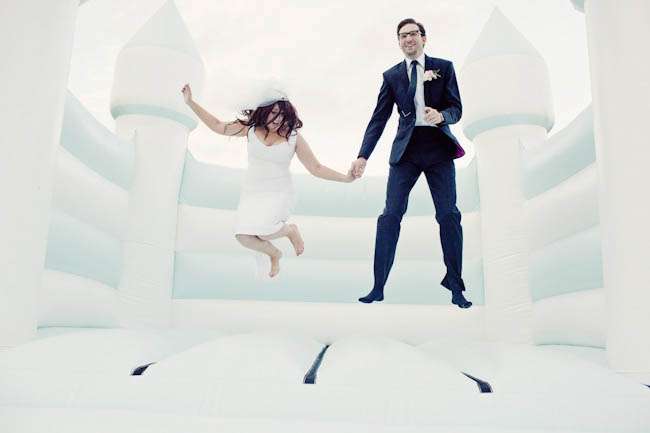 Caroline & Stuart were married at St. Annes Church in Littleworth Common, Burnham. They held their reception in a field right opposite the church. Their wedding was a super creative affair with them making and styling the whole thing themselves, they even renovated some giant funfair teacups! 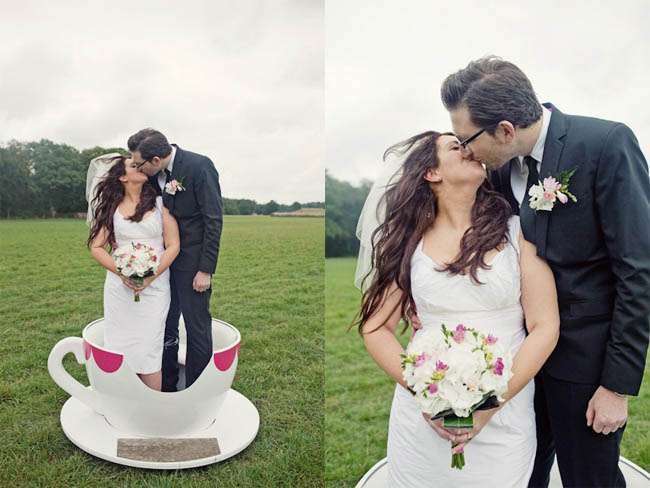 “Bizarrely we had in our minds a vision of an abandoned set from an old Elvis film for our wedding ‘theme’,” Caroline told me. “We did things differently by building almost everything ourselves and loving doing it! In the end we made…
The stage (old fashioned wooden with footlights, which several guests sat/ fell on when drunk!)
4 giant funfair teacups for sitting in (we renovated them ourselves)
1 giant funfair teacup cake table
Giant wooden light up initials
Old fashioned funfair stall drinks bar
An oversized cake stand for every table
Giant lollypop table numbers
Maypole wedding cake stand
The light up frame for the table plan
All the other signage
Old fashioned style high striker to play on (now that was a challenge!)” 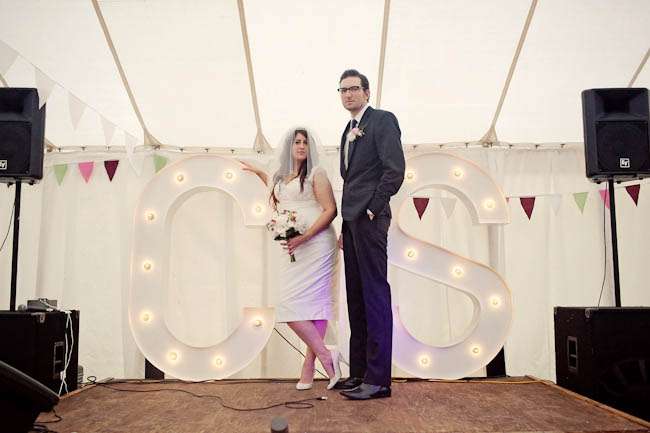 “We even designed the bouncy castle ourselves! Any wedding ones we could find were too trashy, and not in a good way!”

Phew….(and yes dear reader, I have asked Caroline if she’d like to do some DIY tutorials for the blog, let us know in the comments which ones you’d like to see the most!) 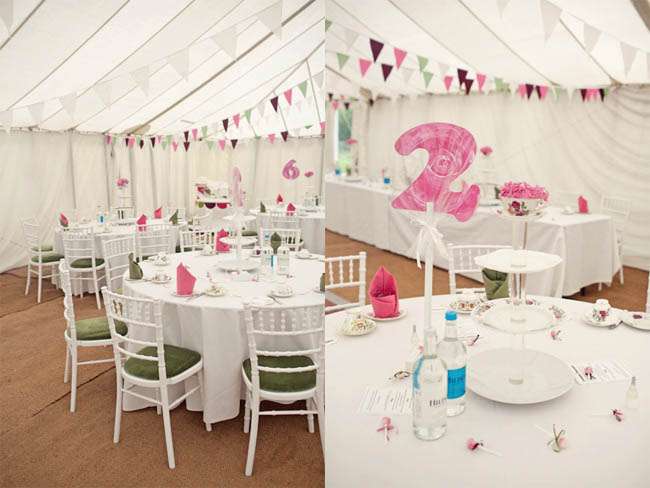 Caroline’s wedding dress was made by her Mum from an original 1960’s pattern. She also wore a beautiful original 1960’s headpiece. She bought herself some plain shoes and added all the swarovski crystals (all 2400 of them!) herself.

Caroline & Stuart now hire all their wedding props out through their company Vowed and Amazed. 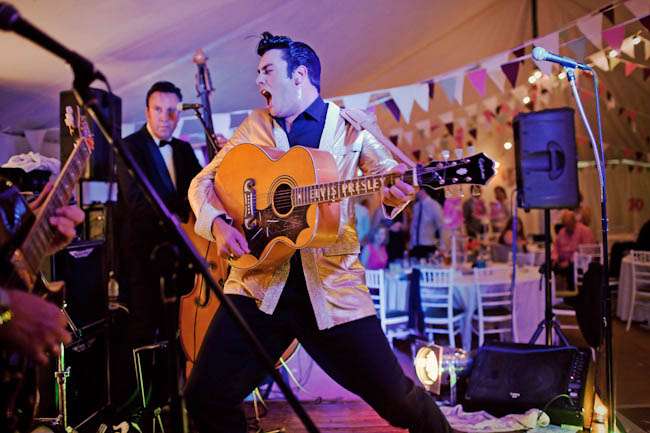 Thank you to the fabulous couple and their photographer Emma Case for sharing with us today. 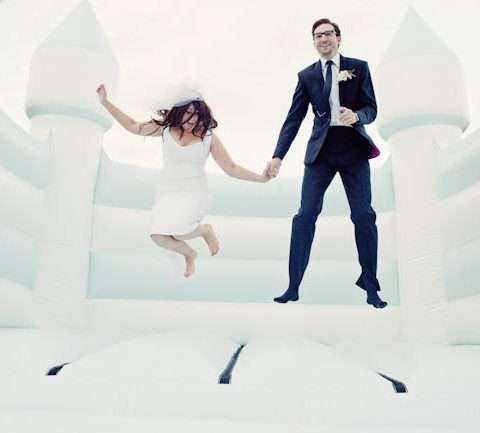