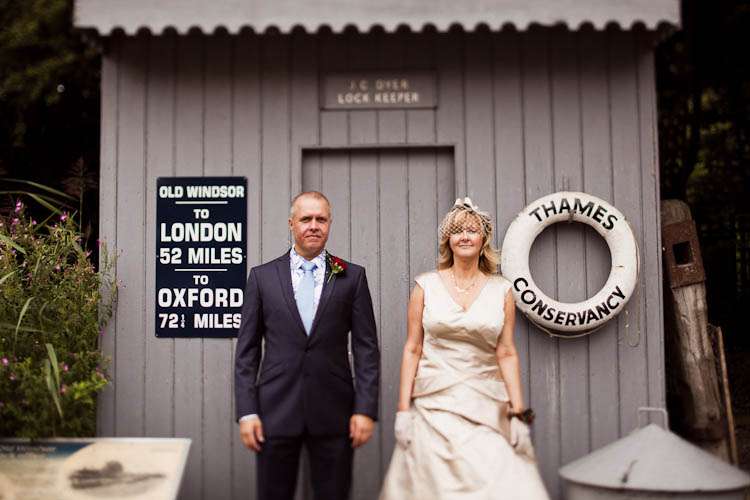 Emma & Tony had an intimate wedding of just 40 guests in Henley on Thames. Coincidentally this is where I went to college and I have a lot of fond memories of chilling out by the river, most probably while I was supposed to be in lectures – which maybe one of the reasons I love this wedding so much! Anyway, I digress… 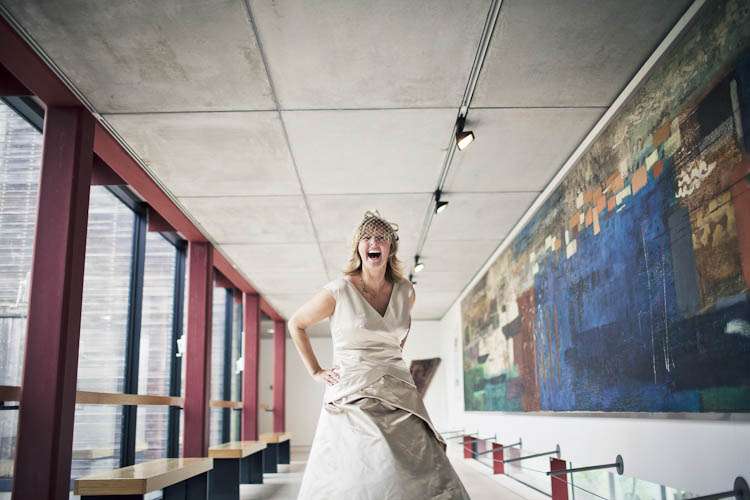 The wedding was held at The River & Rowing Museum, a modern wedding venue situated right on the river Thames. A friend of Emma’s is a registrar and it was really special to have her marry them. “The museum was exactly what we were looking for,” Emma told me. “The staff at the museum were fabulous, nothing was too much trouble. Laura, the events planner for the museum, coordinated the wedding and it was great having her their on the day to make sure everything ran to plan so I didn’t have to think about a thing and just enjoy the day. Jeff from Digby Trout Catering with his team delivered the most delicious food that wowed even the London foodies. The seating plan was titled ‘Eat, drink & Be Merry’ and we all certainly were thanks to Jeff and his team – what a gem.” 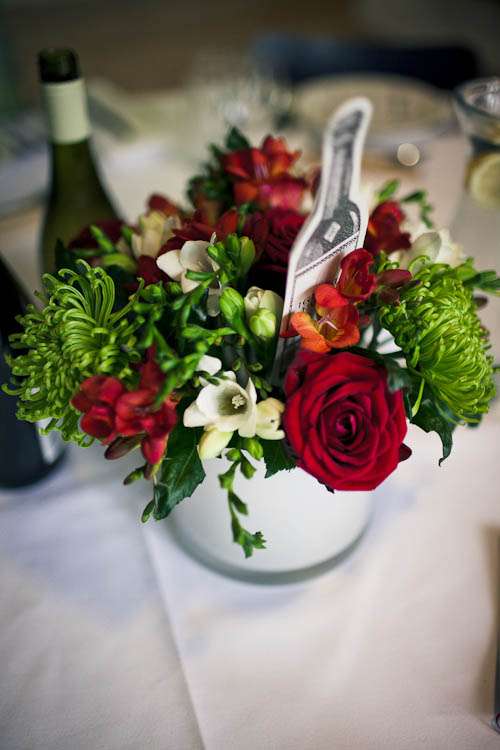 The museum has its own jetty, right onto the Thames, and so for the evening reception/party, the couple hired the ‘Hibernia’ from Hobbs of Henley. “Sailing down the Thames in the evening watching the world go by while we partied into the night was the perfect end to a wonderful day,” Emma continued. “Michele and the whole team at Hobbs of Henley gave us an evening to remember.” 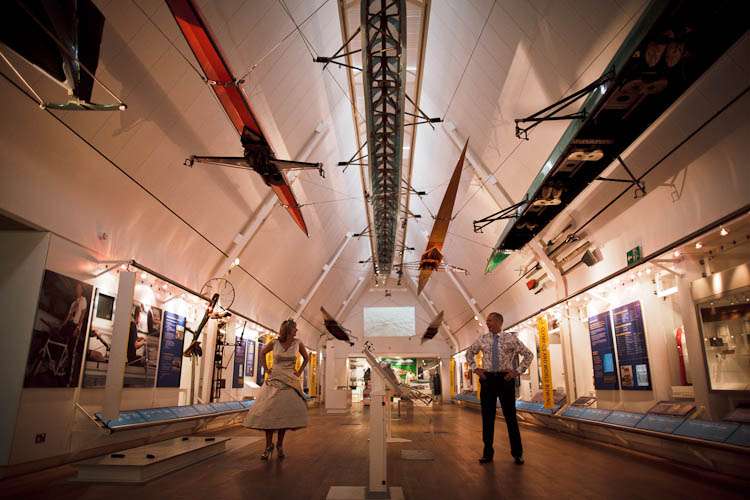 The bride wore a cappuccino dress made from Italian duchesse silk satin and sparkle tulle. It was designed for her by a friend. Georgina at Atelier Millinery make her a bespoke headpiece to perfectly match her dress. The bride also opted for a corsage instead of a traditional bridal bouquet. “We decided to do a mixture of professional and DIY for our flowers,” she explained. “As it was a simple, modern wedding I realized I didn’t want a wedding bouquet so I opted for a red rose wrist corsage and Tony had a matching buttonhole.” 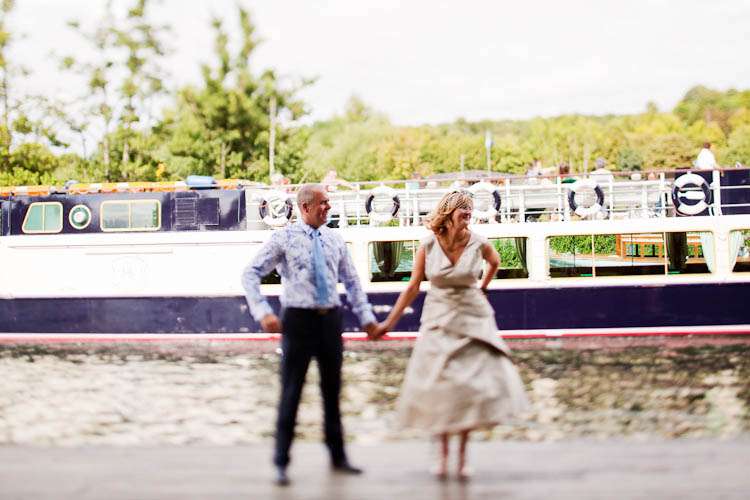 “We wanted the day to feel like a big dinner party just enjoying the good company, great food and endless wine,” the bride concluded. “It was an informal day with everyone just mingling. I missed half the food as I was busy chatting at the tables and soaking in the atmosphere – it was wonderful. From the flower arranging, to putting together the stationery, to the bunting on the boat and setting up the cheese wedding cake, using family and friends meant it was a muck-in day rather than a manicured affair.” 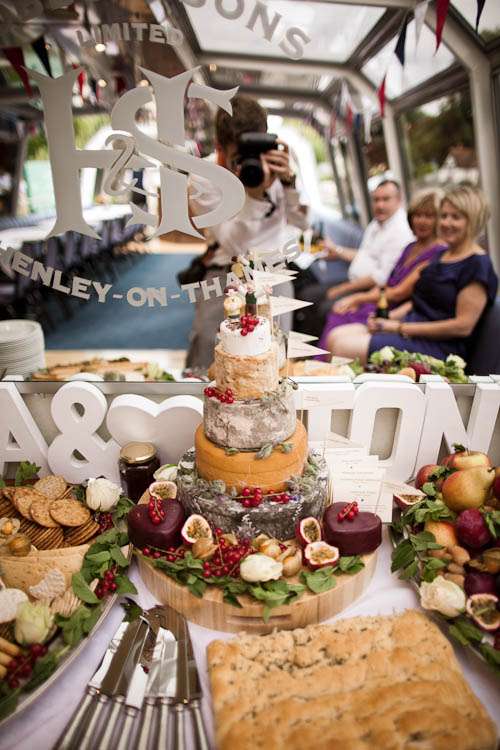 “It was great to be able to thank everyone for making the day so special. Instead of a champagne toast we decided to go Rock n Roll and give everyone a half bottle to pop the corks and celebrate which was a wow.” 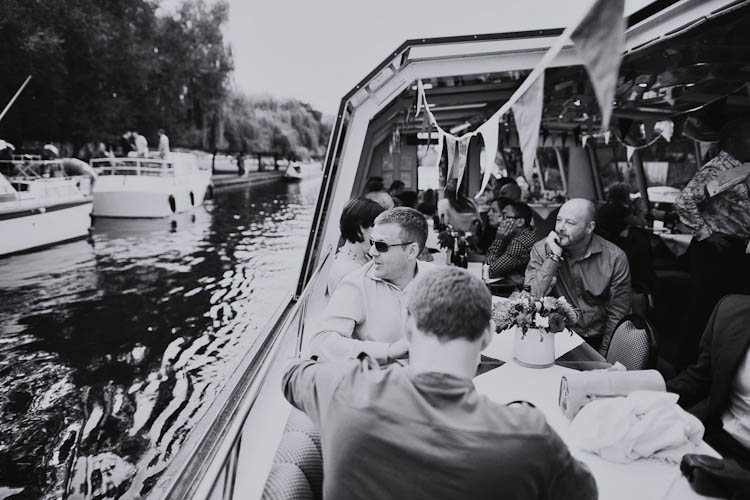 Thank you to Emma & Tony and their photographer Jon for sharing today. 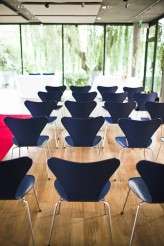 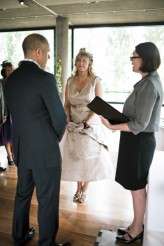 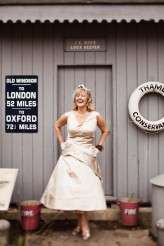 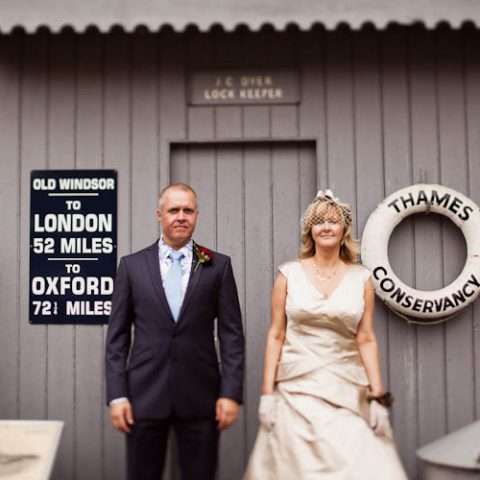 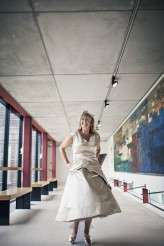 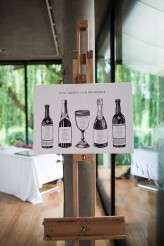 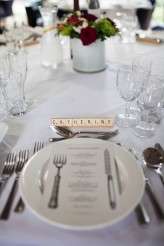 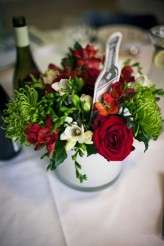 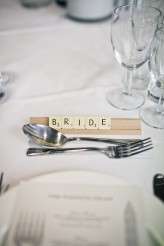 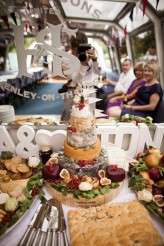