**Warning before we begin, some of these photos may not be safe for work, so don’t say I didn’t warn you. There are boobs…nice boobs…but boobs none the less…** 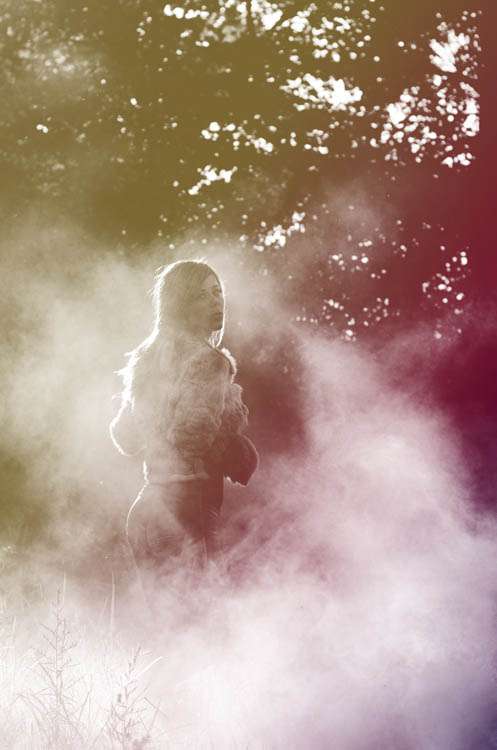 Most of you will have noticed that I don’t feature a whole load of boudoir on Rock n Roll Bride. It’s not that I don’t like it, but I guess my opinion is the same as that on engagement shoots – the photos are amazing for the people involved (show me a man who wouldn’t want to see his bride to be all sexified-up for him pre-wedding?) but for us non-involved people, once you’ve see one hot lady in sexy undies jumping around on a bed you’ve seen ’em all… 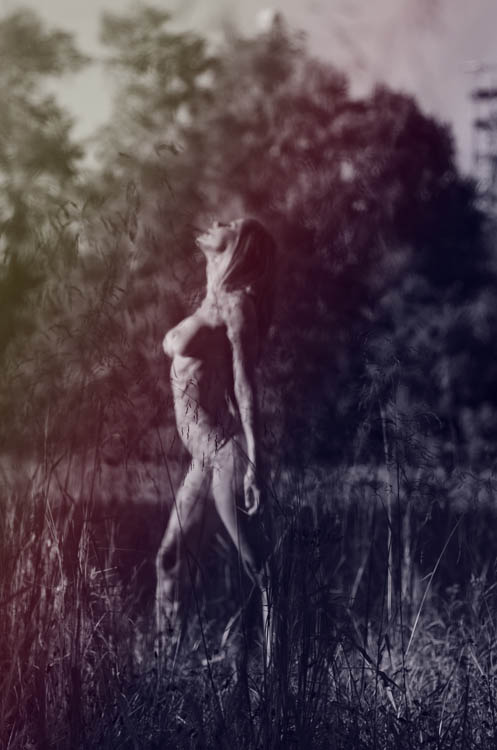 Which is why I was chuffed to bits to receive Casey’s boudoir shoot from photographer Nikita Gross recently. Something a bit different and hella hella sexy hurrah!

The inspiration for the shoot was “a crazy, psychedelic, Rock n Roll, fantasy dream,” explained Nikita. “Inspired by 60′s and 70′s music and the feel of old album covers,  I wanted this shoot to be wild and hot. Casey was so awesome! She got my vision completely and dug out some amazing pieces from her own wardrobe…. the smoke is actually from left over smoke bombs I had from Independence day.” 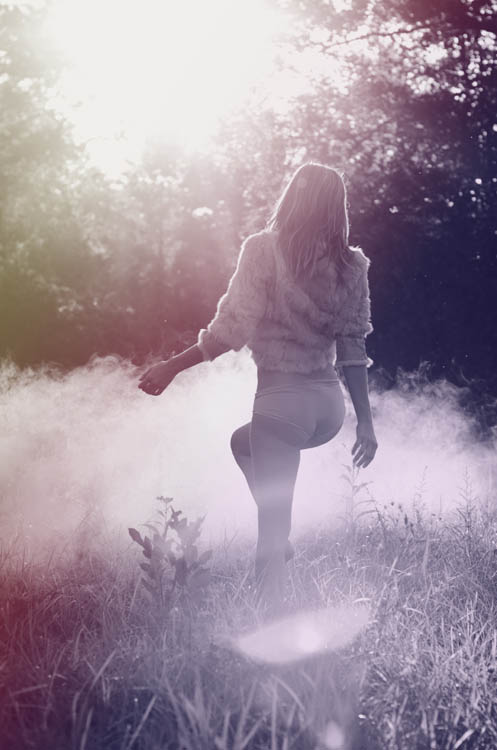 “We started the day out in my car jamming The Doors which inspired a heated discussion about how hot Jim Morrison was. After about a 20 minute ride we arrived at the location I picked out for the shoot, a field of wild flowers in KY, my favorite place to be. Here we were, on a long gravel road in the middle of nowhere, clothes and cameras everywhere, Casey half naked and here come the police! You should have seen the look on their faces, priceless. Thanks to Casey’s power of seduction they were super cool about letting us stay and shoot. How could they say no, right?” 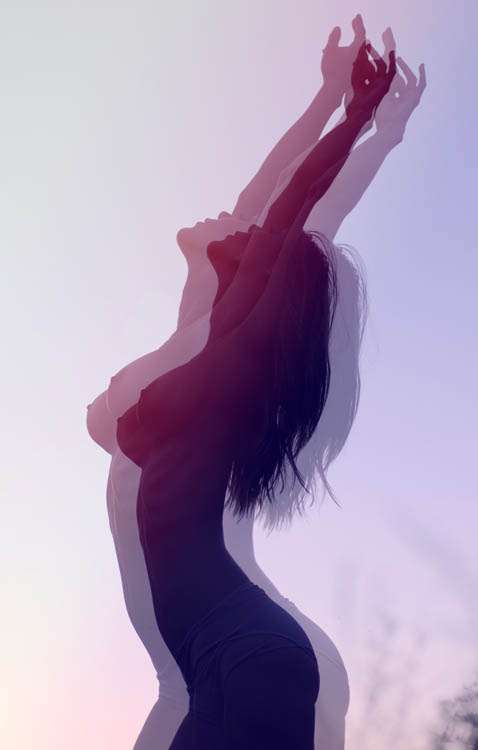 Well exactly! Thank you so much to Casey & Nikita for sharing these with us today.

I have a love/hate relationship with boudoir photography. On the one hand, I think every gal should have the opportunity to feel sexy, and being photographed with that pre-wedding glow - either as a gift for your beloved or a treat to yourself - is a great way to boost the confidence. However I don't generally feature that many of these shoots, because, forgive me, but a lot of the ones I see are somewhat tacky... or trashy... or just not very sexy at all. Whoever decided feather boas can make the transition from hen do tack to boudoir class needs a stern talking to. There are exceptions of course, but in my experience they are few and far between. Well I'm pleased as punch to report that, again, I've been proved wrong with today'

When This Couple’s Wedding Photos Sucked, They Did This…

Couple's boudoir is nothing new, but what I love the most about Taryn and Adam's photo session is the story behind it. The fact that they're a totally babing tattooed couple doesn't hurt either does it?!

I have very much been looking forward to sharing these rockabilly style, pin up-esque, damn super sexy boudoir shoots from Marin Kristine Photography. Anyone who rocks a pink or blue wig gets a thumbs up from me. These may make a great gift for your future Husband, but nobody can deny you'll have just as much fun playing dress up!

Couple’s Boudoir & Intimate Photo Sessions: Would You Do One With Your Partner?

Have you heard about 'couple's boudoir' or 'intimate couple sessions'? They're nothing new, although the media has recently been batting them around as a crazy new trend in wedding photography! Yet intimate couple sessions have been going on for years and can create some of the most special, beautiful and emotional photos of you and your beau. Today I wanted to chat to photographer Dustin Cantrell, who specialises in these kinds of photo shoots, to ask his advice on doing a shoot like this. It was also a good excuse to share some of his gorgeous photography with you all!