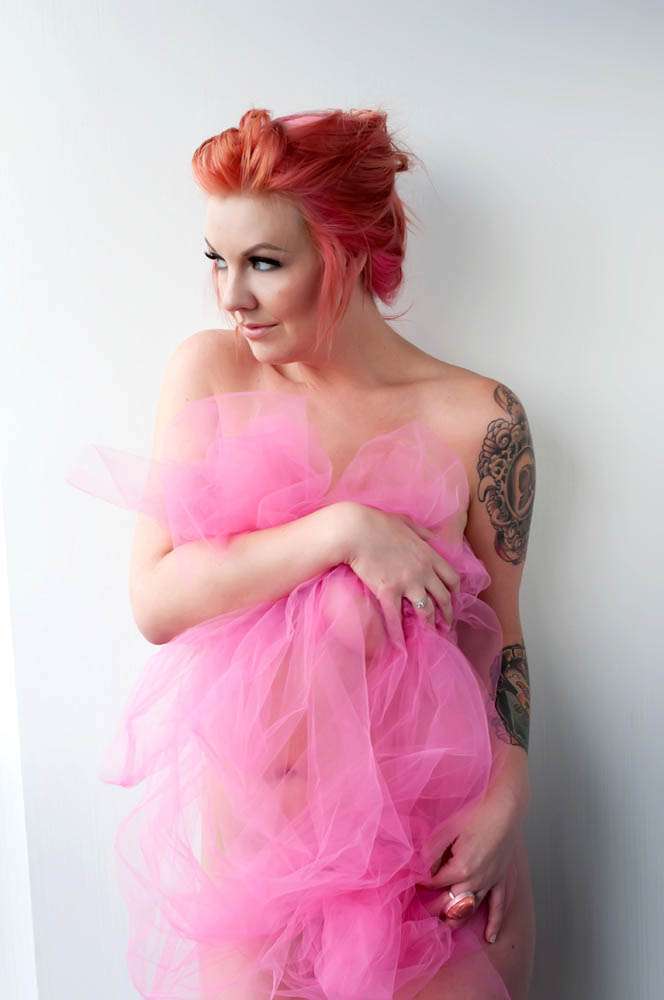 I have a love/hate relationship with boudoir photography. On the one hand, I think every gal should have the opportunity to feel sexy, and being photographed with that pre-wedding glow – either as a gift for your beloved or a treat to yourself – is a great way to boost the confidence. However I don’t generally feature that many of these shoots, because, forgive me, but a lot of the ones I see are somewhat tacky… or trashy… or just not very sexy at all. Whoever decided feather boas can make the transition from hen do tack to boudoir class needs a stern talking to. There are exceptions of course, but in my experience they are few and far between. 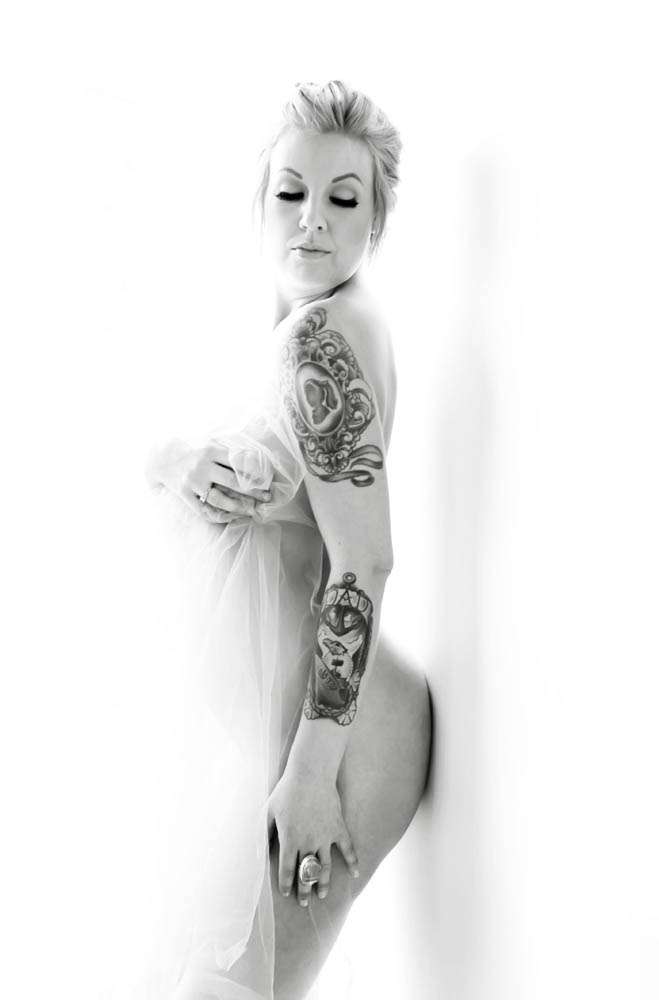 Well I’m pleased as punch to report that, again, I’ve been proved wrong with today’s shoot. Submitted by portrait photographer Meredith Wullkotte is is elegant, classy, sexy and effortlessly cool. These simple shots of model Staci Gibbs are just perfect! 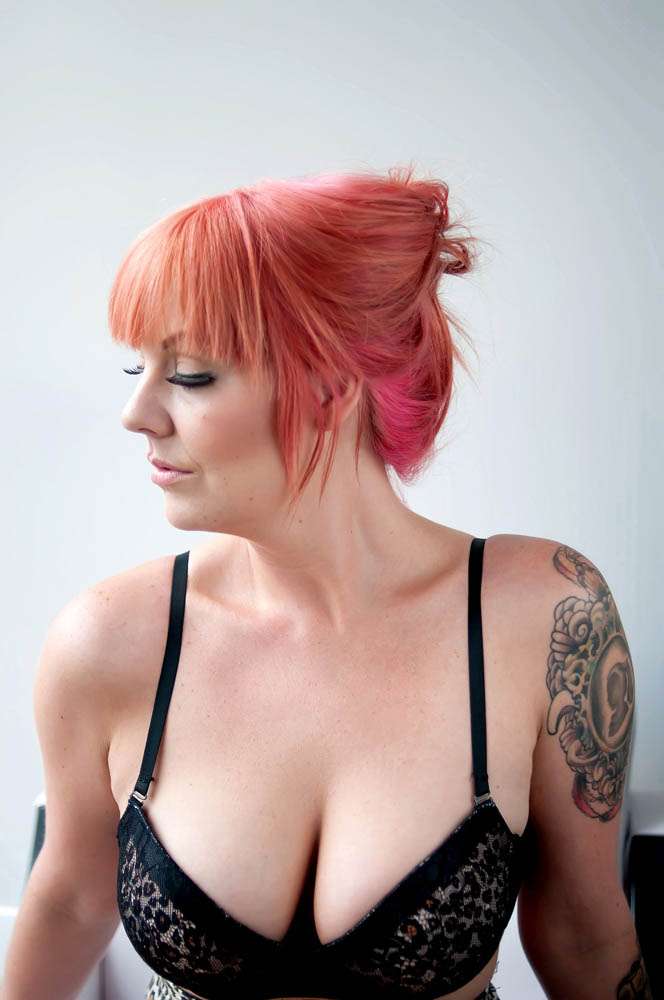 Thank you Staci & Meredith for sending them my way! 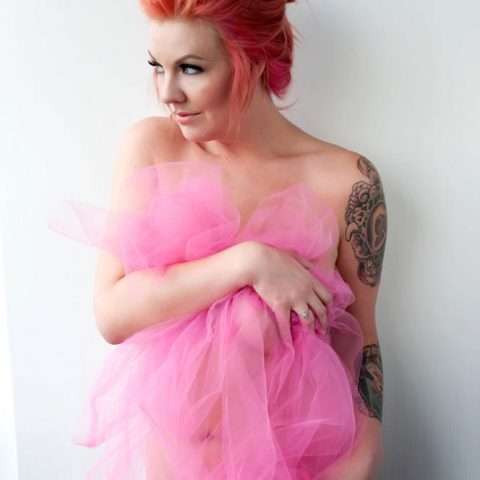 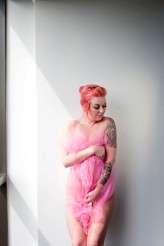 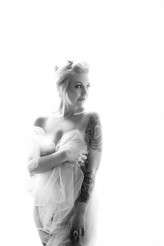 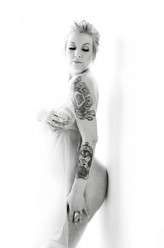 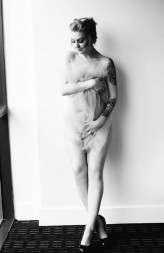 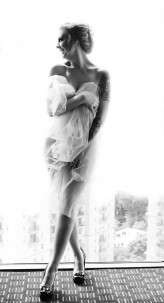 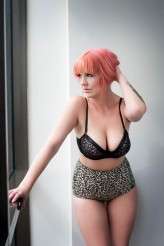 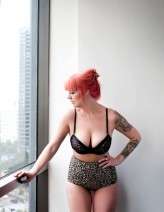 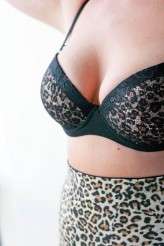 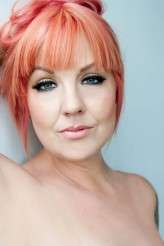 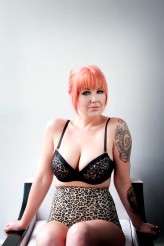 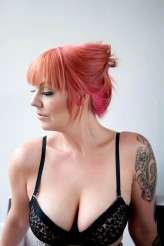 When This Couple’s Wedding Photos Sucked, They Did This…

Couple's boudoir is nothing new, but what I love the most about Taryn and Adam's photo session is the story behind it. The fact that they're a totally babing tattooed couple doesn't hurt either does it?!

I have very much been looking forward to sharing these rockabilly style, pin up-esque, damn super sexy boudoir shoots from Marin Kristine Photography. Anyone who rocks a pink or blue wig gets a thumbs up from me. These may make a great gift for your future Husband, but nobody can deny you'll have just as much fun playing dress up!

Why Every Bride Should do a Boudoir Shoot

Boudoir shoots are nothing new. Hell, I had one when I was engaged in 2007 (and no I'm not going to show you them!) While lots of brides might consider doing them, I'd have to hasten a guess that a lot of you reading this might have dismissed the idea as something silly, vein and super embarrassing. While in 2007 the main marketing push for boudoir photos was an "a gift for your man" (vom) ten years later and I'd still like to encourage you to consider doing one, but as a gift for YOURSELF.

A little bit fashiony, a little bit boudoir - this Steampunk themed photo shoot sent me weak at the knees! Inspired by Tim Burton, Alice in Wonderland, Sherlock Holmes, New Orleans and Dita Von Teese, photographer Kamila couldn't wait to put together a shoot like this.