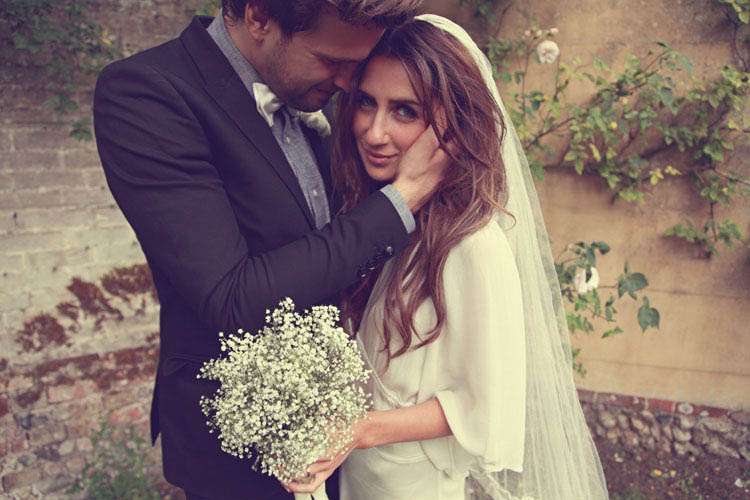 I’m officially dying over this wedding. Overly dramatic maybe but oh Lordy how beautiful is everything? Emi sure has that ethereal look down. Her Baby Ceylon gown (found on eBay) and vintage veil combo is just perfect…and don’t even get me started on her short evening dress by Jones + Jones and Jeffrey Campbell American Flag boots. Seriously… 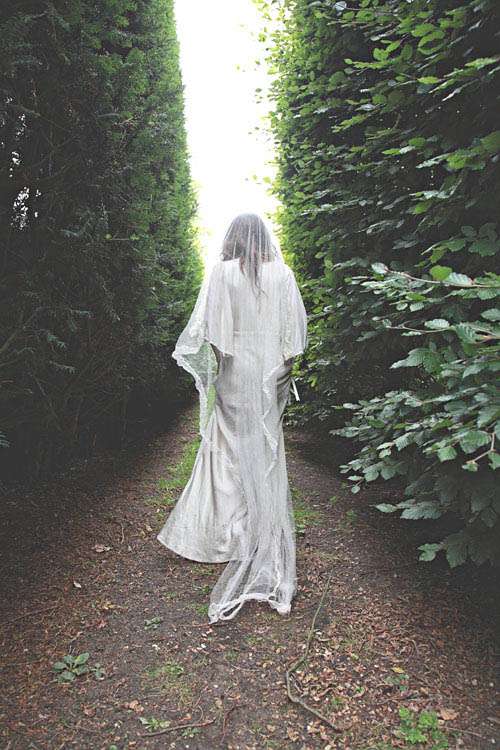 The DIY wedding was held at Blo Norton Hall in London (its hard to believe this place is in the city!) The humanist ceremony took place 5 years to they day that the couple met. After the touching ceremony, the speeches were held outside in the beautiful grounds. The informal wedding breakfast was also held outside. 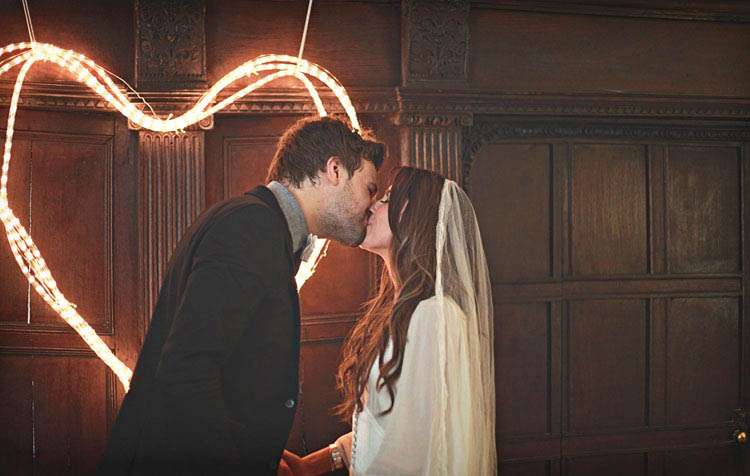 “I don’t know how to put our inspiration into words,” Emi wrote. “The main thing for us is that our wedding was all about everything and everyone we loved.  We wanted it to be a mish mash of vintage and DIY but to keep it beautiful and not too contrived.  So much was made by friends and family, from the bridesmaids dresses, the decorations, the cake, the food and even the flowers.” 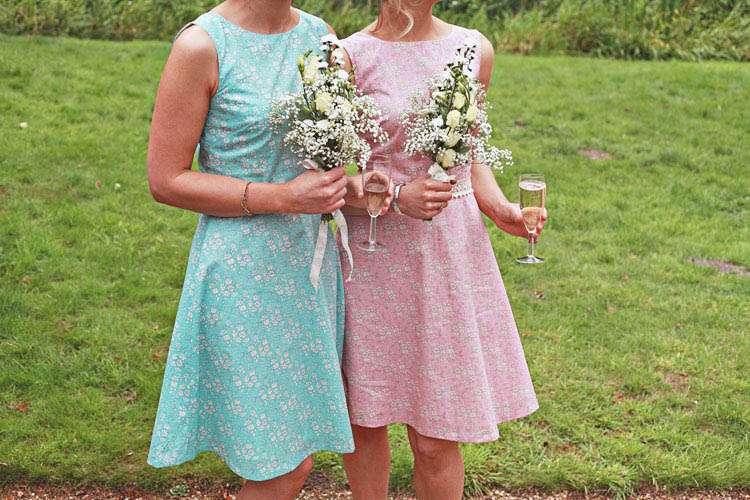 “We had originally planned to marry outside on the lawn, but as the day approached the weather was being a little ‘British’ so on the morning of the wedding we moved it indoors to what would later be the dancefloor. We pulled the curtains, lit all the candles, littered the floor with petals and switched on the heart! It couldn’t have been more perfect (and as it was the sun shone all day…)” 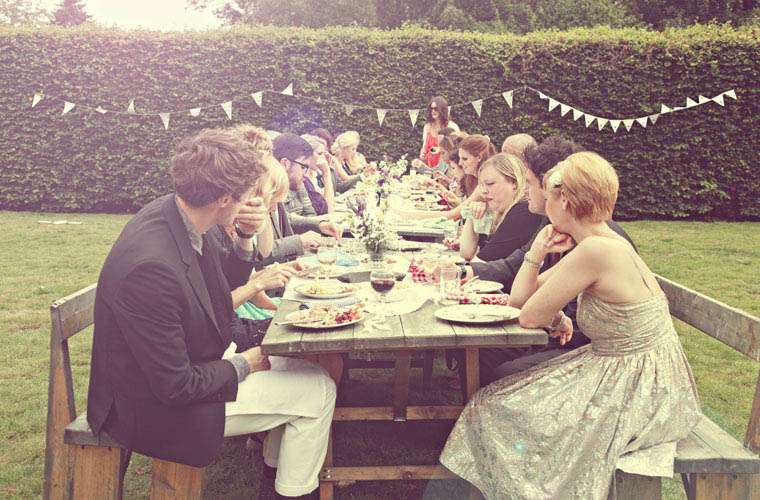 “Adam and many of his friends are all musicians, but we actually didn’t want the day to be too Rock n Roll – otherwise it would’ve turned into one big jamming session!  We wanted it to be more like an English garden party, lots of friends, lots of food, lots of love, and croquet on the lawn.  And that’s exactly what we got – oh, and one hell of a party at the end of it!” 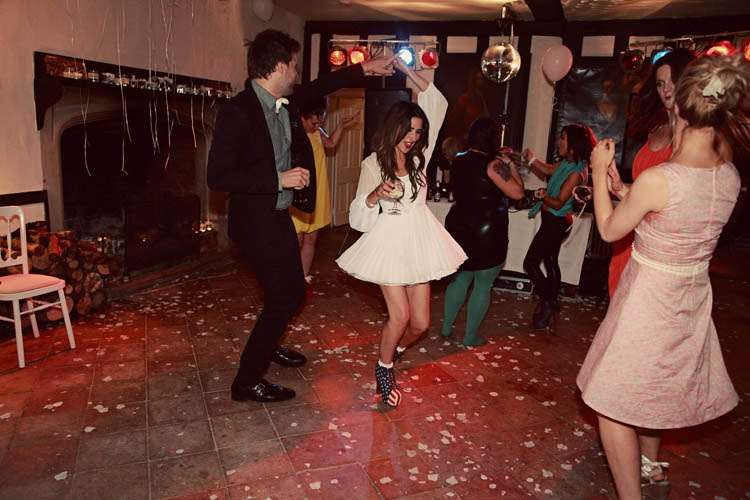 Thank you so much to Emi & Adam and their photographer Joanna for sharing this beautiful wedding with us today. 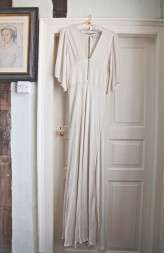 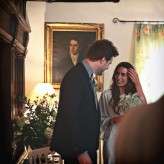 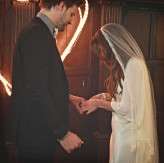 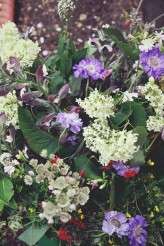 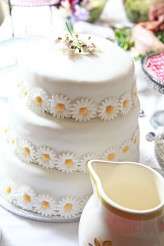 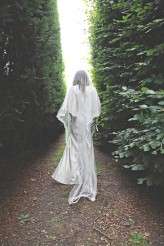 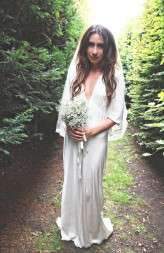 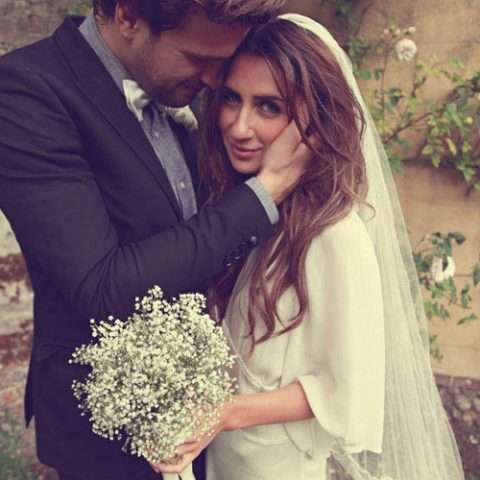 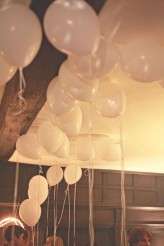