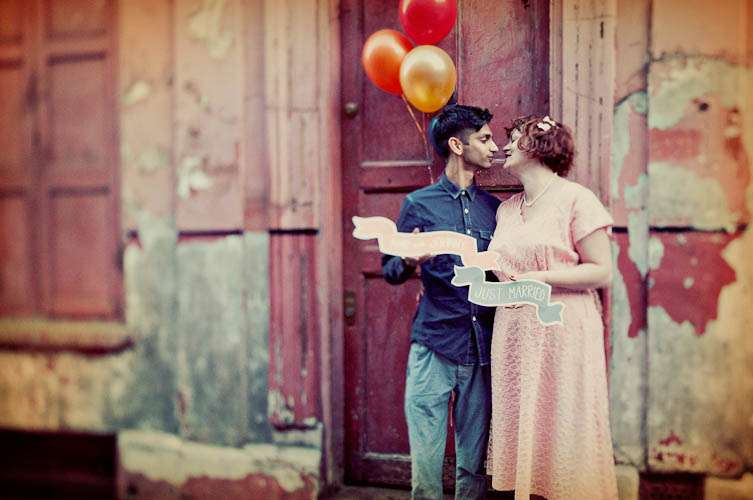 Anne-Marie met Jonny at a gig 5 years ago, “I was 35 and old enough to know better. He was 23 and had no excuse,” laughed the bride. “Within a year we’d shacked up together and had our first child, with a second one following 19 months later. We got engaged on New Year’s Eve 2010 (lots of fireworks!) and married on my 40th birthday and it was better than any present could ever be.” 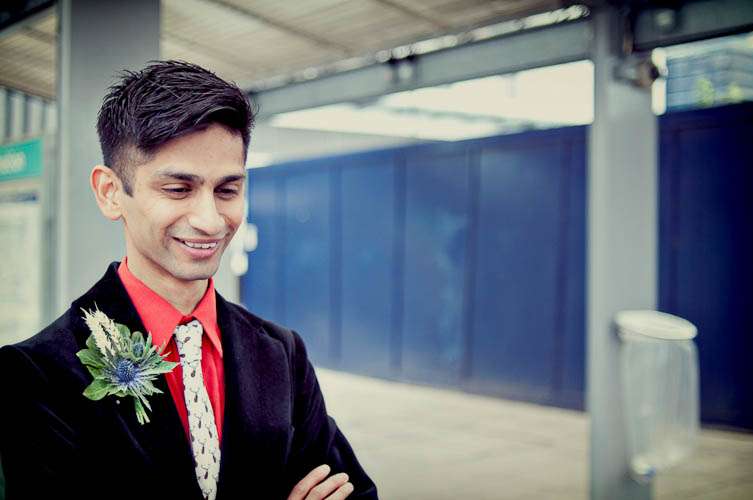 The couple planned their wedding on a shoestring, making as many beautiful details themselves as they could. They also had a lot of help from their friends and families. “We wanted to get married in the same way we live our lives, e.g. low-fi, low-budget, and surrounded by lots of lovely, creative friends and family,” Anne-Marie continued. “Everyone collaborated to make the day happen: my friend Frances made the cakes for the champagne reception at my house, my friend Sam made yards of bunting, my sister Lisa made the ‘AMP & JOHNNY’ sign and the little swallows and fabric baubles that decorated the hall for the party, lots of people DJed and my friend Soshanna made the most exquisite sugar-flower-strewn, three-tier wedding cake I’ve ever seen.” 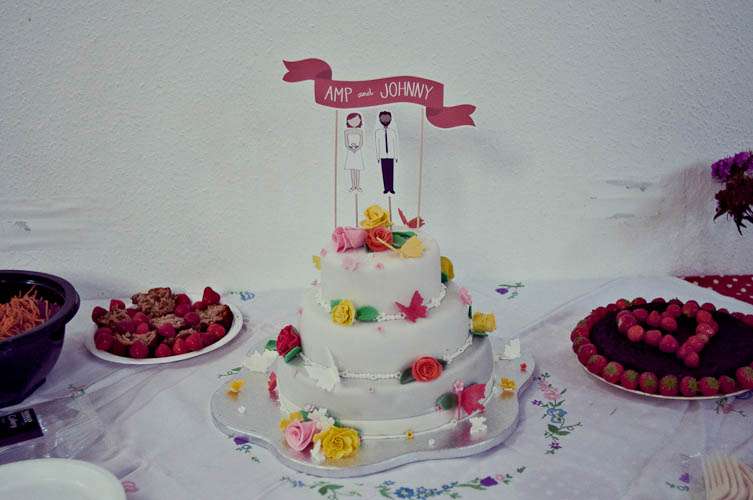 Their day was casual and perfect for them, “We didn’t really have a theme: in fact we barely thought about it until we realised it was less than a month away. It was then a mad dash to arrange everything. The invites (coming from the US) were held up at UK customs and didn’t arrive until a week before the big day! For the reception I wanted a village hall feel, with lots of bunting and a cake display, but that was the only bit that was planned. Otherwise it was just… ad hoc vintage.” 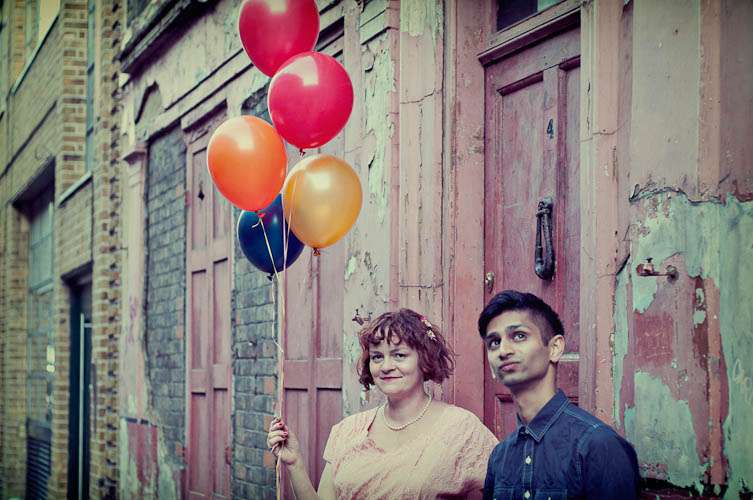 Big love and thanks to Anne-Marie & Jonny for sharing their wedding with us today.

Photographer Ellie Gillard is just starting out shooting weddings and would like to offer readers of Rock n Roll Bride a very special price of just £395 (for weddings up until the end of 2011) if you book her after seeing this feature. Simply quote ‘Rock n Roll Bride’ when you contact her. 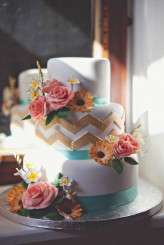