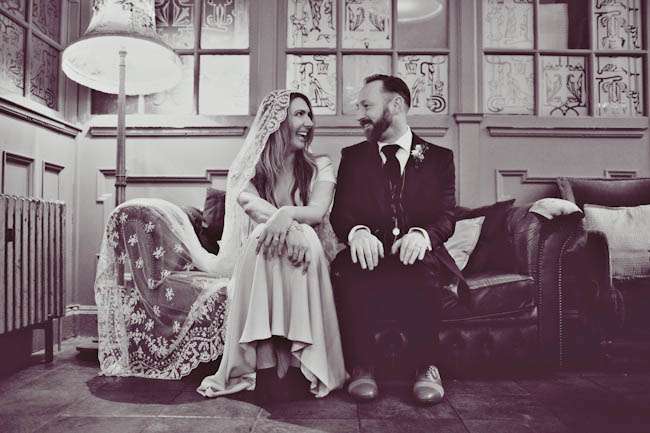 “Circa 1991, and like most 9 year old girls at the time, my dream wedding typically consisted of getting married in a castle, having a horse-drawn carriage at midnight and saying ‘I Do’ to Jason Priestly. So fast-forward 20 years…our castle was in busy Tooting Broadway, wedged in between a Mecca Bingo Hall and a McDonalds, with a KFC conveniently across the road. Our horse-drawn carriage was a local taxi, well beyond midnight. And Jason Priestly? He got bumped for my love and best friend, Mars. It was completely perfect for us. Sad to say, Brandon had been banished to the Peach Pit forever.”

I love Ilka & Mars already. How about you? 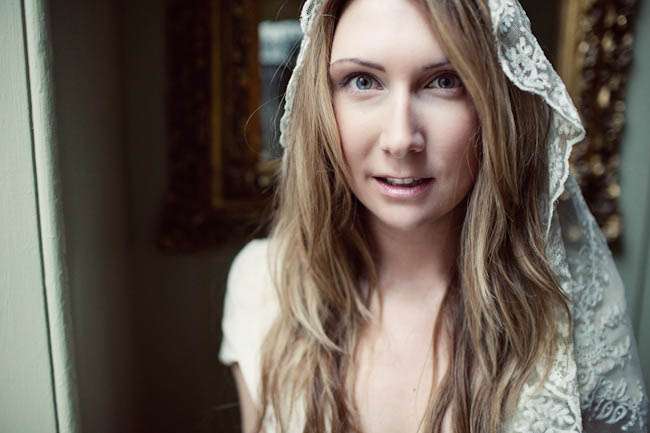 Mar’s proposed at the airport, just before Ilka was about to fly home to Australia, with her Grandmother’s engagement ring. She explained, “So after a couple of years of living together and rarely talking ‘seriously’ about getting married, I was waiting in the busy security line at Heathrow, about to spend 3 weeks back home in Australia for a Christmas apart, when Mars popped the question. After unknowingly foiling an attempted romantic proposal during a holiday in New York a few months earlier, it was a perfect chance to catch me unawares while I was unsuccessfully trying to stuff the contents of my entire handbag into a tiny clear zip-lock bag, and rush off to board the plane. It was simple and just perfect. After a quick, teary goodbye and my grandmother’s beautiful engagement ring now firmly on my finger, I was herded through security and onto the plane. Needless to say, the next 24hours consisted of me taking full advantage of the onboard trolley service, trying to come to terms with what had just happened!” 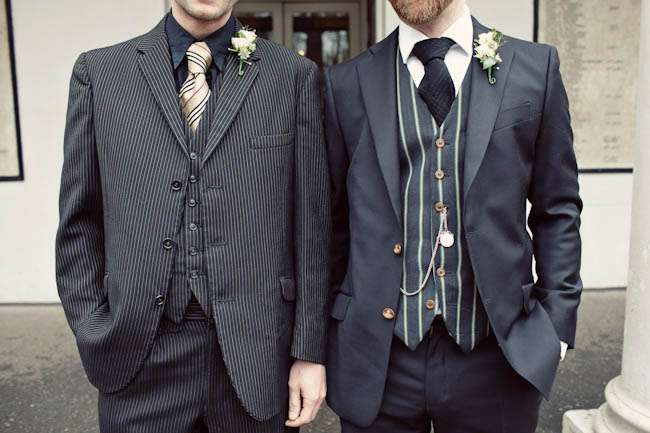 When she got home, Ilka told her Mum the story and they quickly started brainstorming wedding ideas. She had always loved vintage things and so mentioned to her Mum that this was the style wedding she would want. “I’m the only daughter out of four kids, and Mum and I have always shared an obsession with antiques and vintage clothing, so it was no surprise to her when I said I’d love a vintage dress,” the bride continued. “It was to my surprise however when she then opened up the wardrobe, gently unwrapped a parcel and produced the most incredible antique lace wedding veil. She simply said ‘I have this if you’d like to wear it?’ It was originally worn by my great-grandmother in 1928, and again by my grandma in the late 40s. I had no idea that mum had it in her possession. Once I’d picked my jaw up off the ground, I asked why she’d never mentioned it before. ‘I didn’t know what kind of wedding you wanted to have’, meaning, I shouldn’t feel obliged to wear it if I wanted something a little less traditional. So, now at least I had a starting point. The veil. It was coming back to England with me.” 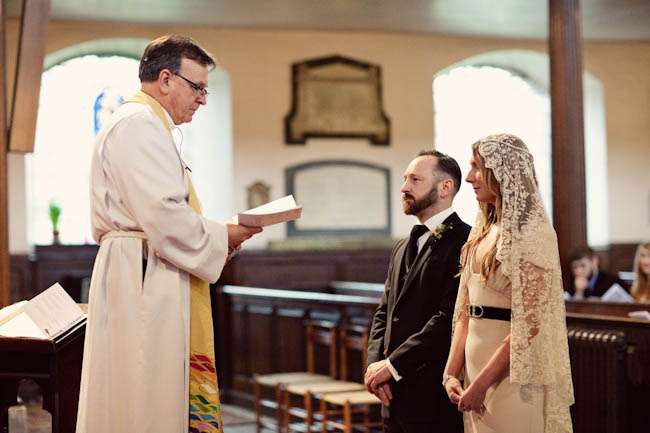 After many fruitless attempts to find her perfect dress to go with her perfect veil, Ilka’s friend Kelli offered to make her one, “My brave friend Kelli was my partner in crime on the dress hunt. With grand plans to find an incredible vintage dress, we visited endless vintage textiles and clothing fairs over the next couple of months. But with each unsuccessful mission we became more and more disheartened. We just couldn’t find the right dress. I relented and went to a ‘proper’ wedding dress boutique, and although the dresses were no doubt very beautiful, I knew deep down that buying one off the rack wouldn’t be for me. Fortunately for me, Kelli is a fashion designer by trade and sensing my growing depression, kindly offered to design me a dress instead. God bless her!” 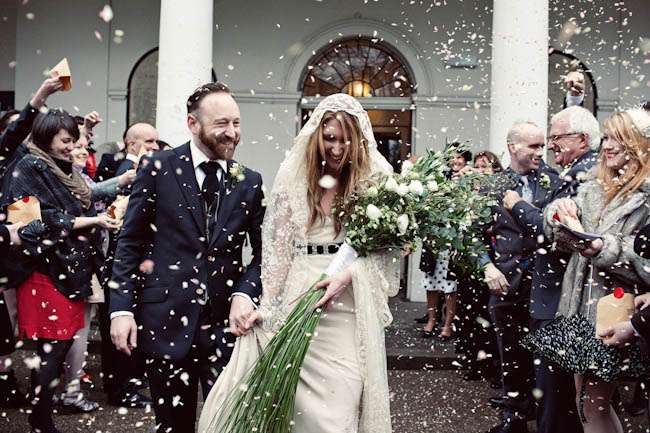 “So, we embarked upon a series of evenings with lots of red wine, sketching dress ideas. We took inspiration from anything from Katherine Hepburn movies to Alexander McQueen, endlessly repeated the mantra that would later haunt us as we rushed to get it finished 3 days before the wedding –  ‘don’t worry, it’s just a dress’. We laugh about it now, and refer to it as ‘it’s just a #!@^ing dress’!, and I know I will never be able to repay all the sleepless nights she had over it. We found some beautiful silk crepe in McCulloch & Wallis, a fabric shop in central London that has been operating from the same premises since 1902. The fabric had apparently been sitting untouched in the shop for 20 years, so it was a lucky find! I bought some 1920’s rhinestone buttons on Etsy that we used at the back of the dress. My belt buckle was an amazing 200 year old Georgian paste buckle found at Camden Passage Antiques Market, worn on a black velvet belt.” 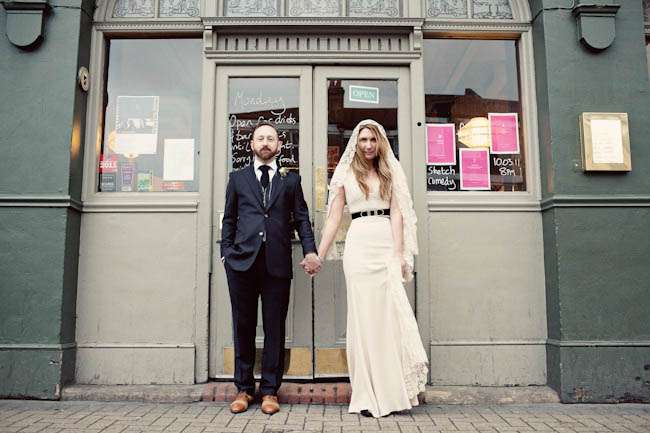 The couple were keen to make sure that their wedding was a laid back, intimate and fun affair for their closest friends and family. They put a lot of work into the details of their day, but oh doesn’t it show?! “Neither of us was completely comfortable with being the centre of attention, so the idea of a big wedding was just not going to be for us. Style wise ‘The Blessed Union’ (as it was henceforth known) was influenced by eras that we already loved, 30s and 40s fashion, Victorian ephemera and industrial design. But overall we went with the philosophy – if it feels right go with it. We just made it up as we went along. We also attempted to organise everything by ourselves, keeping the majority of the wedding details a surprise for our family and friends to enjoy. I didn’t have any bridesmaids, as not only were a lot of my friends over the other side of the world and logistically it would be a nightmare to organise, but I was also really conscious that people were already sacrificing so much to come, and the last thing I wanted to do was burden anyone with a list of chores to do or fuss over me. Their jobs would be to have a good time.” 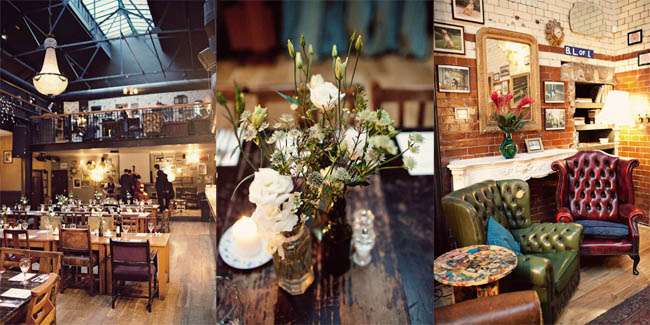 “And finally….Advice for people getting married? Try to cut yourself some slack. If it is your first time getting married, like it was for us, you’re not meant to be an expert at how the whole wedding thing works, no matter what you’re lead to believe in magazines and on TV! So be kind to yourself. Improvising is perfect; you’ll concentrate on the things that are ultimately important to you, and the whole shebang will be really personal. We generally made things up as we went along and it worked for us!”

“And if like us, if you are attempting at putting the whole thing together by yourselves, then I salute you. It’s bloody hard work, but we wouldn’t have had it any other way – at the end of the evening you can both sit back and share a proud moment that it all came together (and breathe a massive sigh of relief!)” 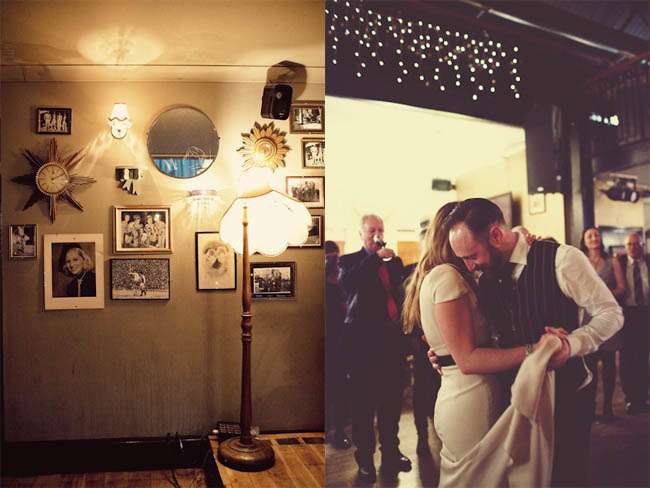 Wow. Don’t you just love these guys? Huge love and thanks to Ilka & Mars for sharing their beautiful day with us today and to the ever-fabulous Emma Case for sending over her images. 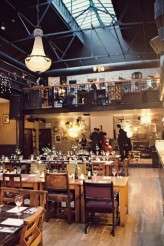