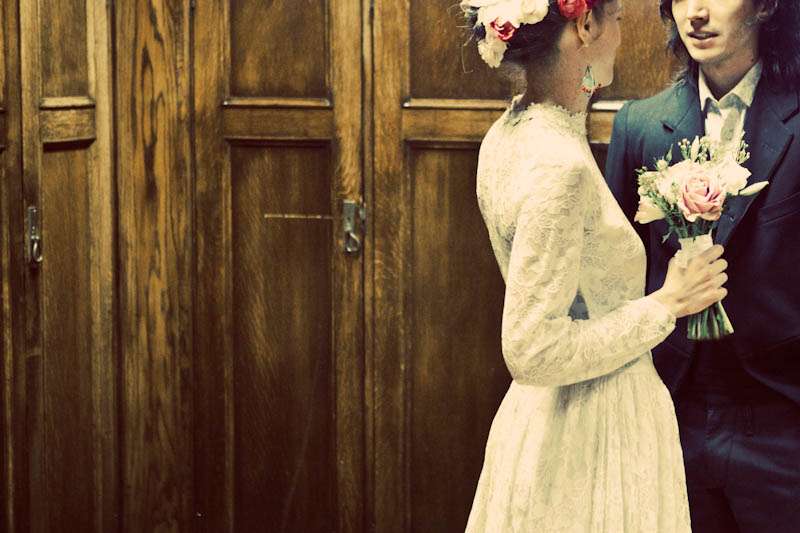 Alejandro & Aurelie’s wedding was a small one – tiny in fact. They were wed at Hammersmith & Fulham Registry Office with just a few close friends in attendance. They didn’t have a reception but instead will be having a big family party back home in Switzerland later this year. 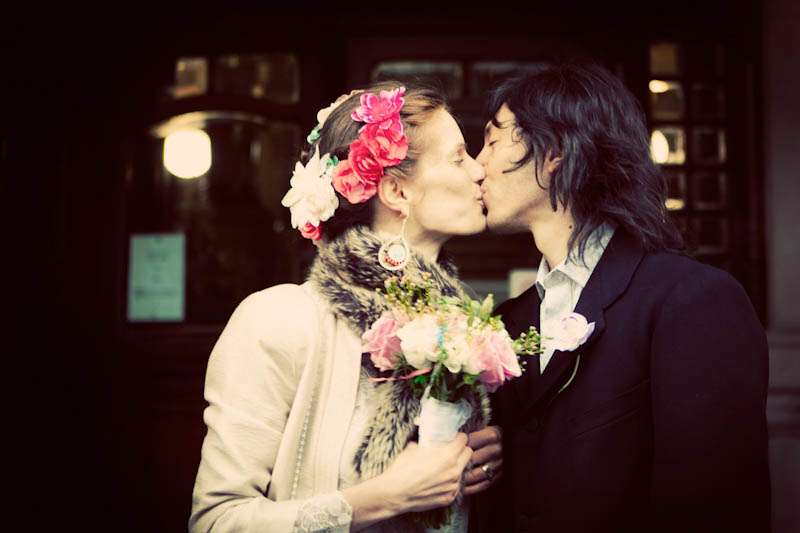 Aurelie’s wedding day look was inspired by artist Frida Kahlo. She wore a vintage dress from Paper Dress Vintage and flowers in her hair from H & M. Aurelie is an artist (check out her exploding jewellery!) and so made her tourquise earrings herself from a pair of turquoise stones that Alejandro had bought her from Porobello Road Market. 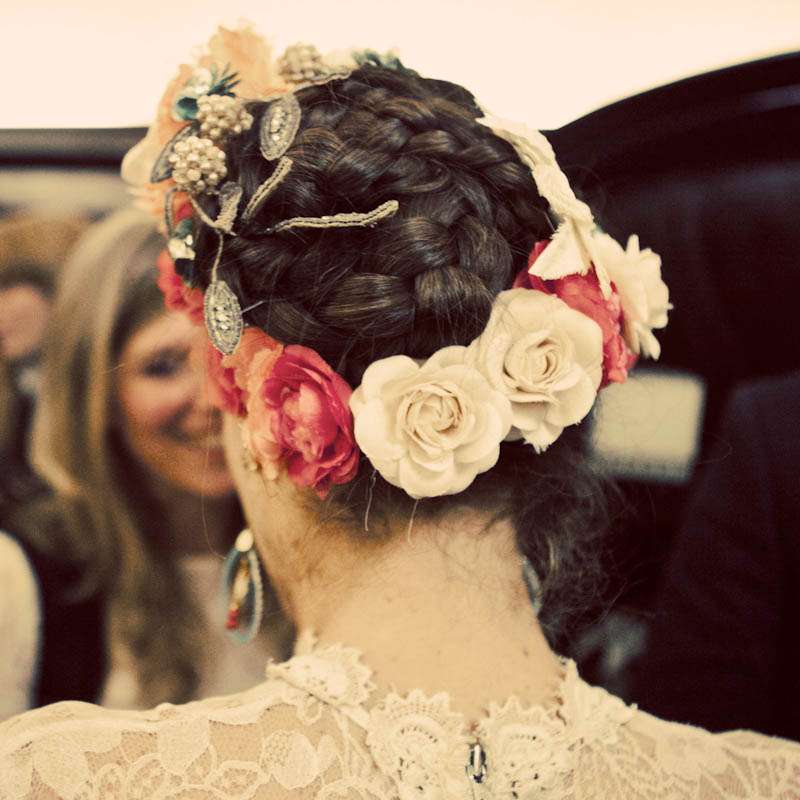 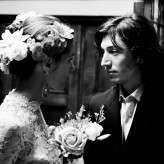 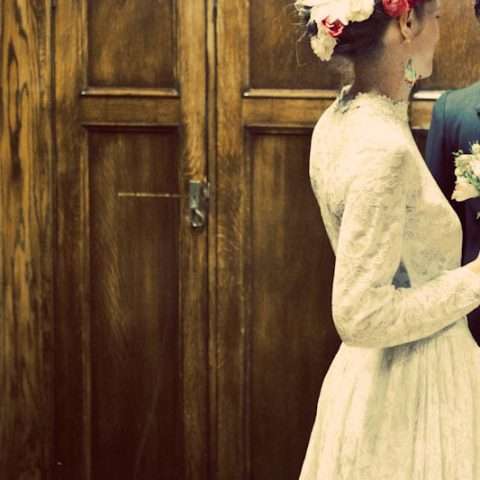 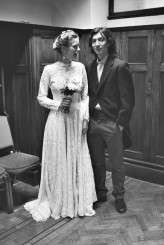 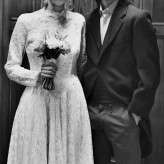 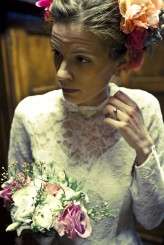 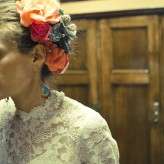 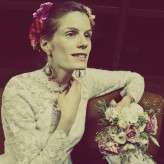 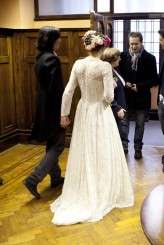 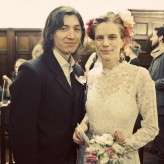 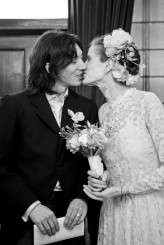 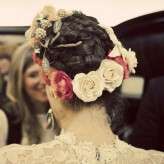 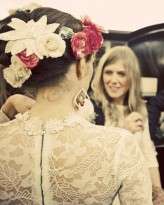 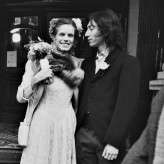 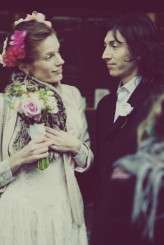