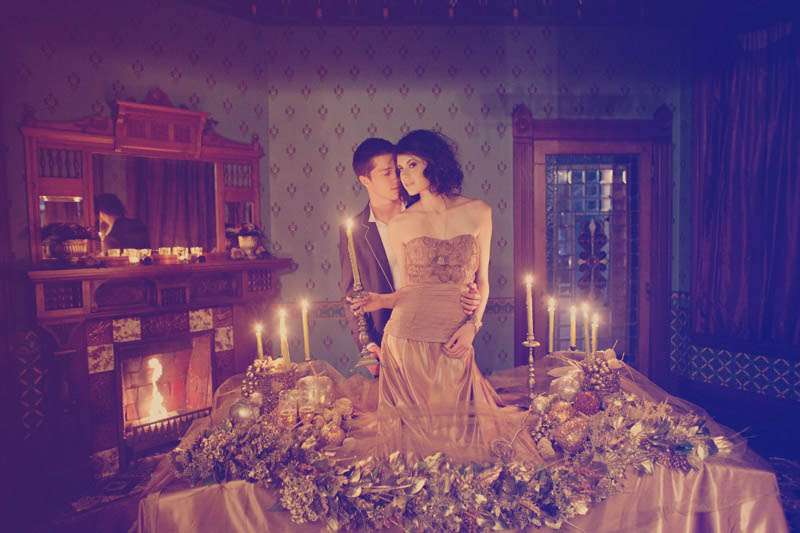 Do you remember the last shoot I featured that was styled by Sugar and Fluff? It was super duper popular with you lot, and I’m convinced this second set will have just as big an impact. 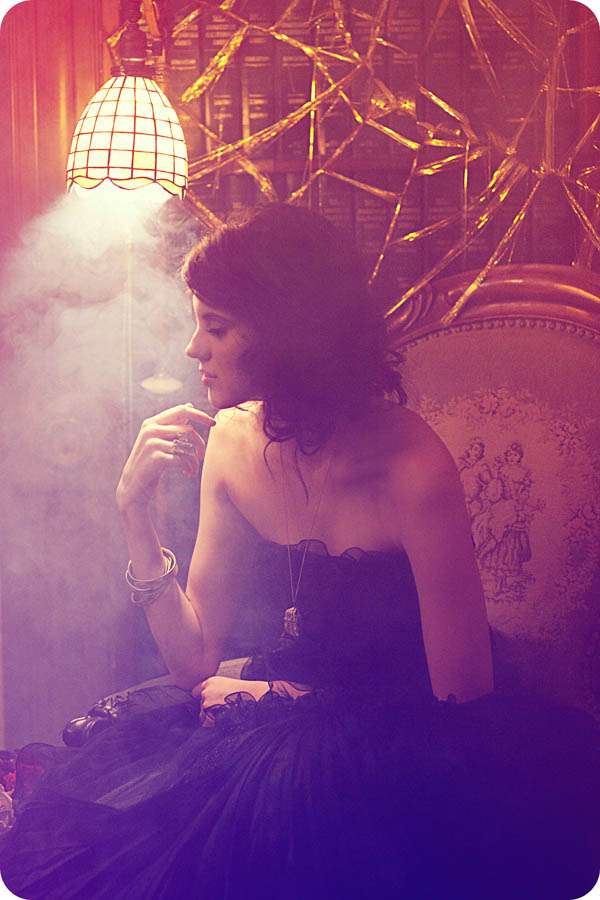 The inspiration they ran with for this session was the Elizabethan period, “A sort of cold, romantic, dark and lethargic feel that illustrates the Elizabethan theater and also the dramatic style of the talented William Shakespeare,” explained stylist Aasim. “Christine Farah and Sugar and Fluff came up with the story of the Widow/Great dame of the manor. It’s a woman who sustains herself by luring men into her house/lair concocting a web of seduction and then having her way with them. She invites her guests to her bedroom where she draws her preys.  She then lures them into the dining room where there’s a grand feast on her dress (that’s simultaneously a table) The feast looks too good to be real…enhanced to look golden in the light…but…upon closer inspection…it IS golden!” 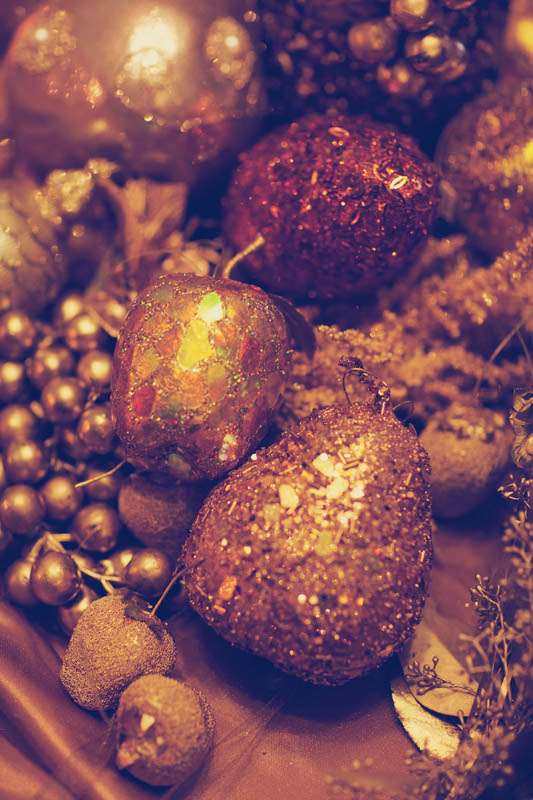 “We were also heavily inspired by Alexander McQueen’s love for the Elizabethan era. We love that he was able to incorporate the idea of ruffs and doublets into a modern twist. McQueen was inspired by dark concepts and found the light and beauty in it.” 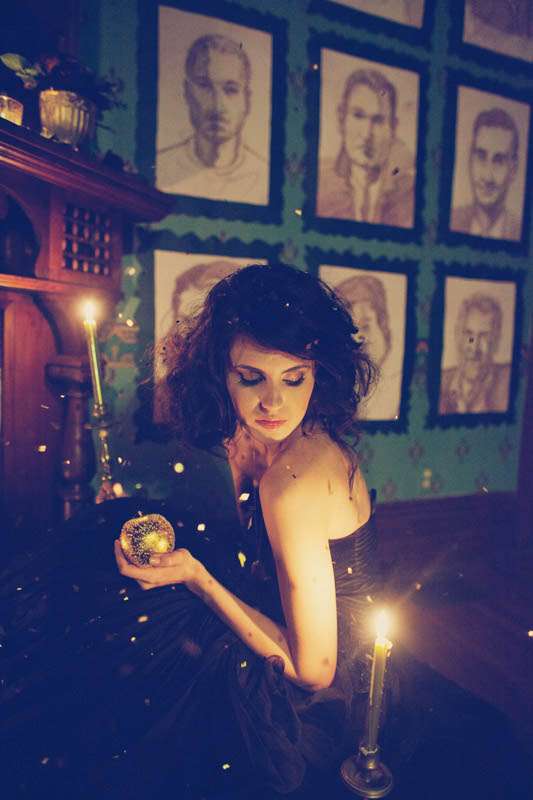 Love and thanks to everyone involved in this fabulous shoot. 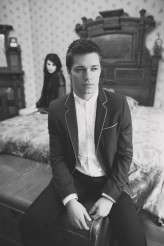 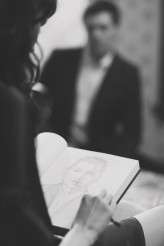 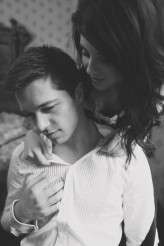 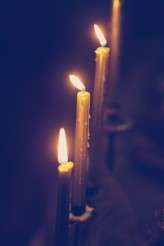 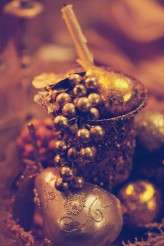 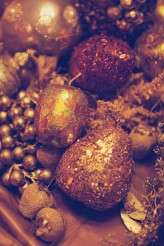 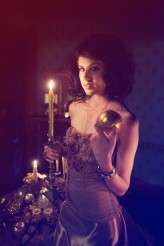 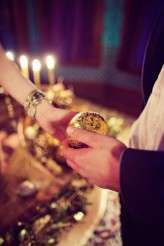 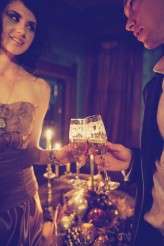 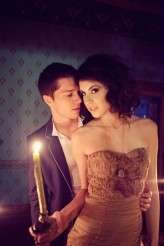 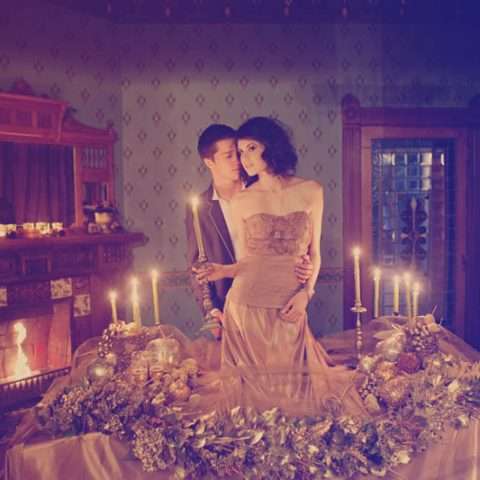 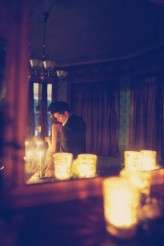 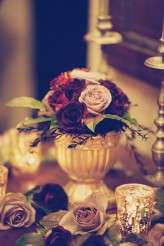 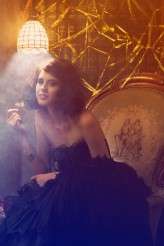 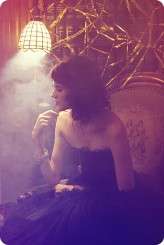 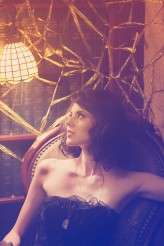 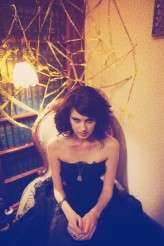 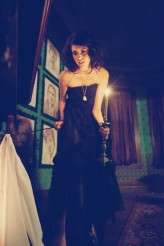 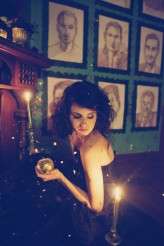 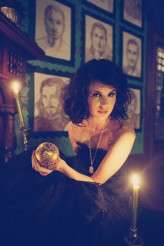 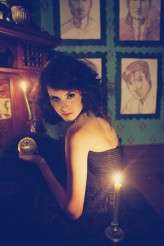 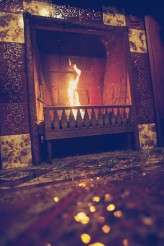