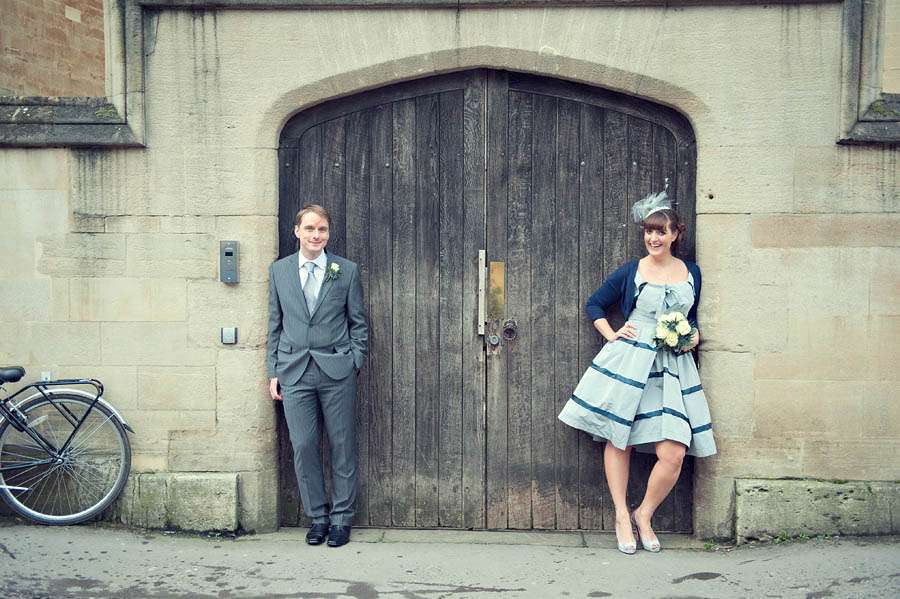 When photographer Eliza Claire tweeted me to tell me the bride she had just met was wearing a Vivienne Westwood dress for her wedding I immediately got excited. So excited in fact that I ‘bagged’ featuring the event before I’d even seen one photograph! Eve’s dress was not an actual ‘wedding dress’ at all, but one from Vivienne’s Anglomania range that she had fallen in love with.

“I’d been non stop dress shopping for two weeks and so far had six wedding dresses hanging in my wardrobe – all cream or ivory, all perfectly lovely, but none quite hitting the spot,” Eve told me. “The fact was that I wanted a Vivienne Westwood dress – I just love that VW look, the corset style waist, emphasis on the bust, full skirt… But I’d been to her shop and couldn’t find anything, I think at that point I was still set on a white wedding you see. Then, the week before the wedding, in one last ditch attempt to find THE dress, I was racing through Selfridges when I passed the Anglomania concession – and there it was. I fell in love with it straight away. It helps that grey and navy are my favourite colours.” 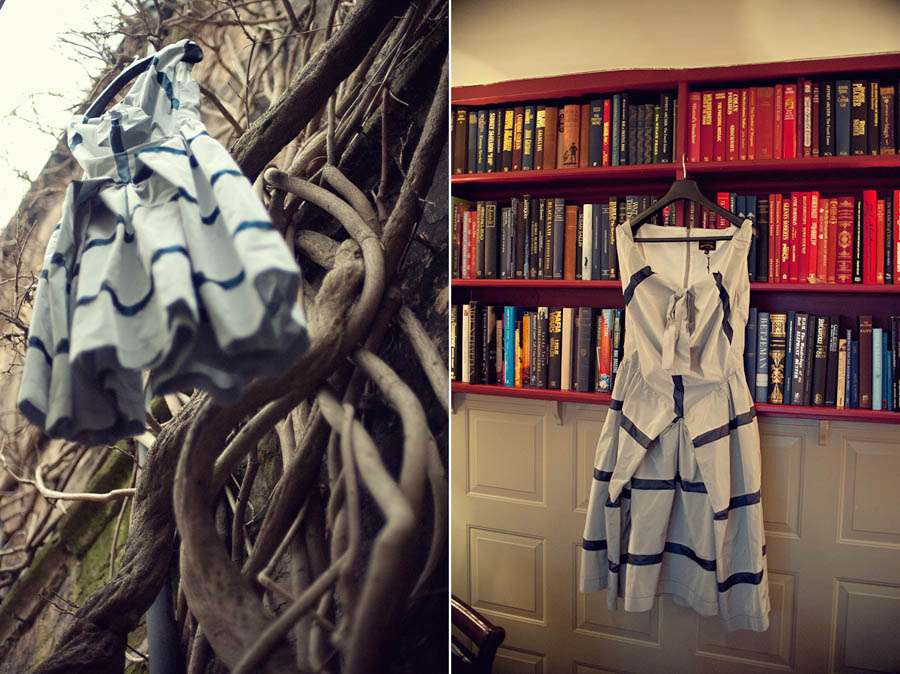 “However, I was conscious that I needed to ‘wedding it up’ – and I only had a few days to make the look work, so I booked a personal shopping session at Selfridges (it’s a free service) for three days before the wedding. Luckily for me I got Debbie styling me. She’s getting married herself in March – so she’d been doing her own wedding recce of the store for the past year. Debbie totally got the look I was imagining (wedding with an edge) and proceeded to storm round the store picking out killer heels (me: “but i can’t walk in those!” Debbie: “who cares? it’s your wedding – IT’S FASHION!”) and beautiful head pieces. She fixed me up with Christian Louboutin shoes (D: “all brides should tread on red darling!”) and a Cherry Chau head piece (mercifully in the sale…).  I’d love to see what she looks like on her wedding day – amazing I bet…Now all that remained was to take those six ivory wedding dresses back….” 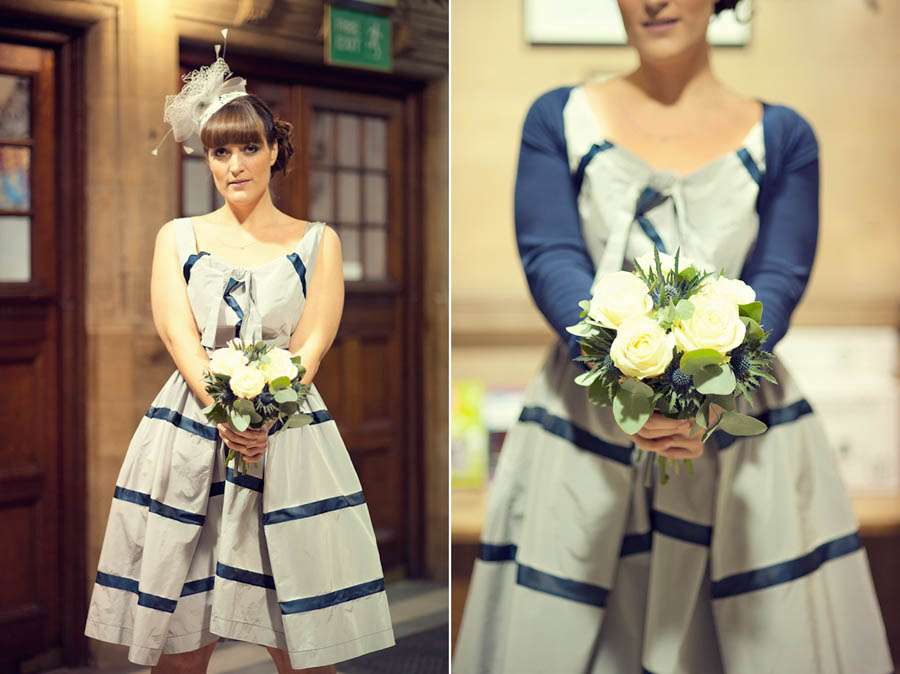 The wedding took place in Oxford, and after a ceremony at Oxford Town Hall the wedding party headed to North Oxford Community Centre for their last minute reception! You see, Nat & Eve may have been together for more than six years but it they got engaged and married within a month!

Eve explained, “I’d been bugging him to propose for years – he didn’t see any immediate need. But then everything changed…In November Nat and I interviewed for jobs in Qatar, in the Middle East, but we weren’t really expecting to get them. Suddenly, on 19 December 2010 it was on – and on fast. They needed us to start in a month (our first day in our new office was 18 January) – and by the way, it’s illegal to live together in Qatar if you’re not married…So action stations – we had four weeks to end our jobs, get married and relocate to the Middle East. Add to that the fact that everything was closed for Christmas and New Year and you’ll see why our wedding was a ‘make do and mend’ affair – and all the better for it we reckon…” 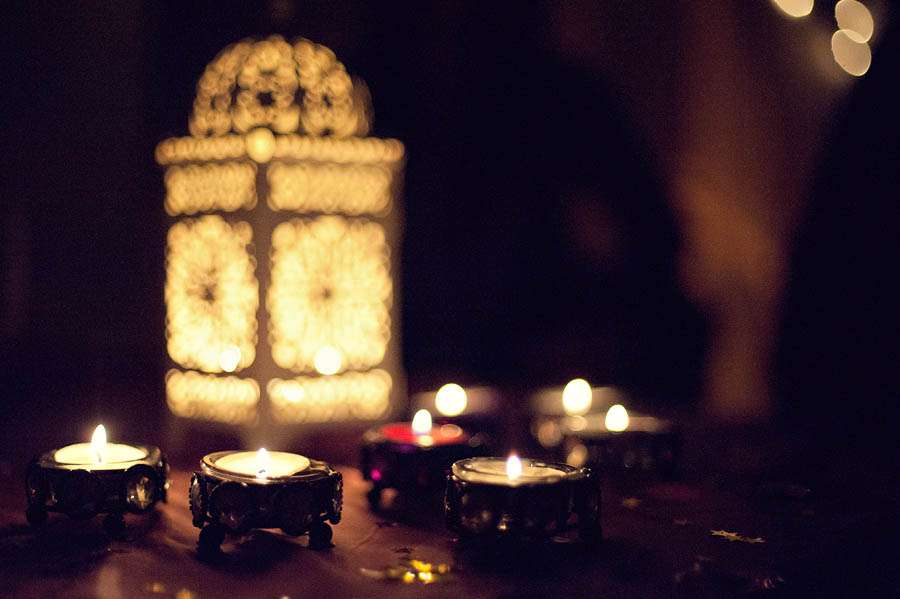 Nathaniel didn’t actually officially propose until a week before the wedding too! “It occurred to me a few days before the wedding that the nature of the job offer and the necessity to get married meant that I’d never had a proposal”, said Eve. “I pointed this out to Nathaniel who immediately went down on one knee and asked me to marry him. I cried – which seems ludicrous when you consider we’d already been organising the day for three weeks…”

However, Eve was sure that the last minute/throw it all together and see what happens nature of their wedding was what made it perfect – and perfect for them. 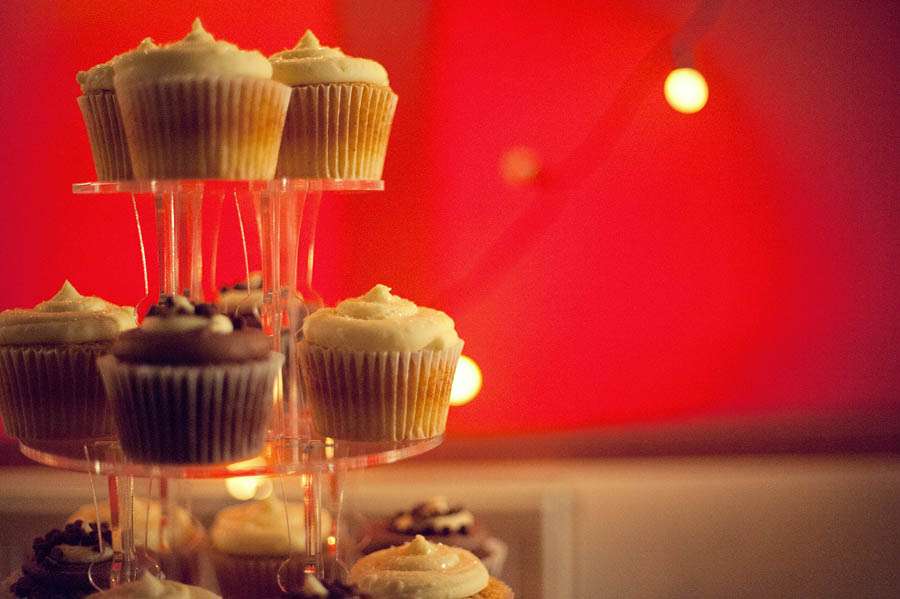 “I wanted the day to not just be a wedding, but a leaving party too. Most importantly I wanted it to be fun. I’m usually someone who’s really into the details, but I couldn’t be, I didn’t have time, and I think that’s what made it work.  Given a year to plan, I’m sure I’d have become obsessed with it, planning the minute details and watching as the costs rocketed. But as it was I knew I needed everyone to rally round and help, which seemed to make everyone feel more involved in the day. It wasn’t a case of Ii hope nothing goes wrong’  – it was so last minute that my ethos was ‘things will definitely go wrong – but let’s just make sure we enjoy it whatever happens’.”

“Nat and I sat down early and decided what we wouldn’t compromise on – what really mattered. We wanted people to party – there had to be plenty of food, plenty of drink and tons of dancing. For us – our priority was a laid back ceremony and photos of the day to treasure forever. So we invested in a great photographer, a delicious middle eastern themed buffet and a great live band. We made sure we had plenty of booze from Majestic – and the rest we didn’t worry about too much.” 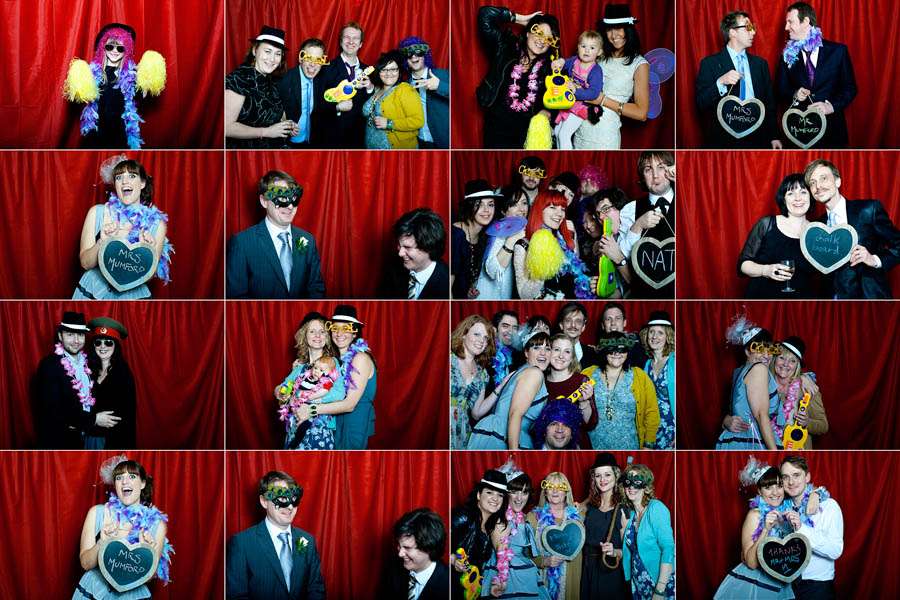 I have such love for these guys! Big up to Nathaniel & Eve for sharing their awesome last-minute wedding and to photographer Eliza Claire for sharing her photographs 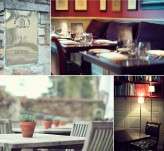 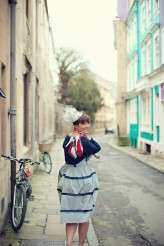