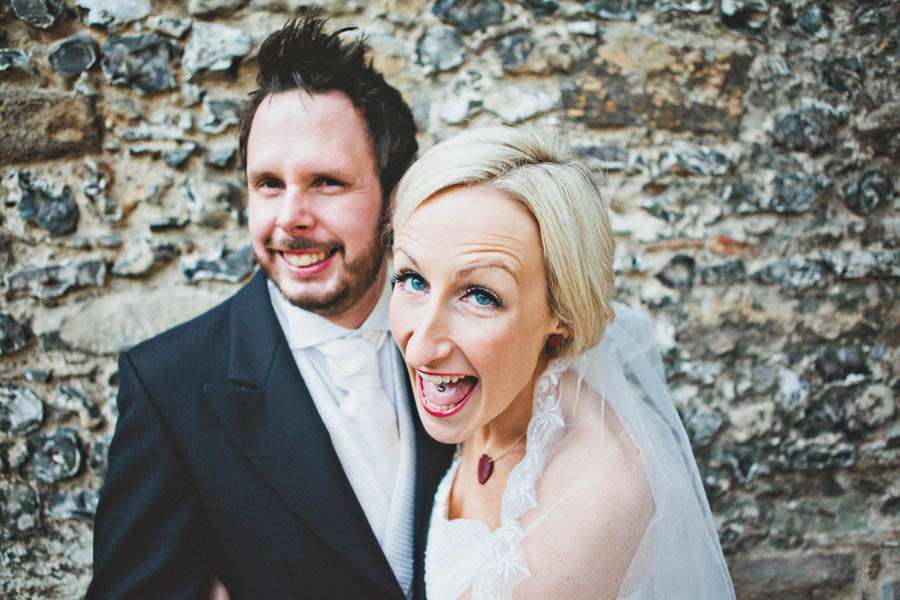 Jess & Dan’s wedding was quintessentially British with the theme carrying through from the attire to the cake to the DIY reception decor. Why the theme you ask? Well the wedding was held on the weekend of the Queen’s birthday!

The couple were married at Edes House, Sussex and had two reception venues, both of which were within the grounds of Chichester Cathedral. Their afternoon wedding breakfast was held at Vicars Hall and the evening party was at George Bell House. 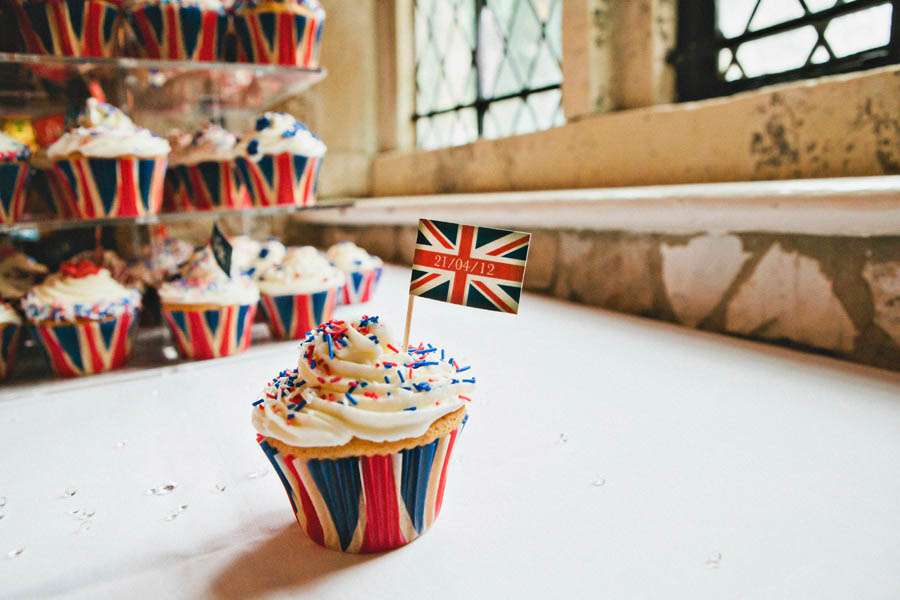 “For us, our wedding was all about having fun and celebrating with those closest to us, we didn’t want a typical wedding and very quickly built a list of all the things we didn’t want!” the bride told me. “We even discussed having Sambuca shots for after the speeches but the venue felt that this maybe too much at 2.30pm in the afternoon. Considering we were having 4 speeches they were definitely right. Although we personalised our day with the things we like what really surprised us in the end was how traditional we actually were.” 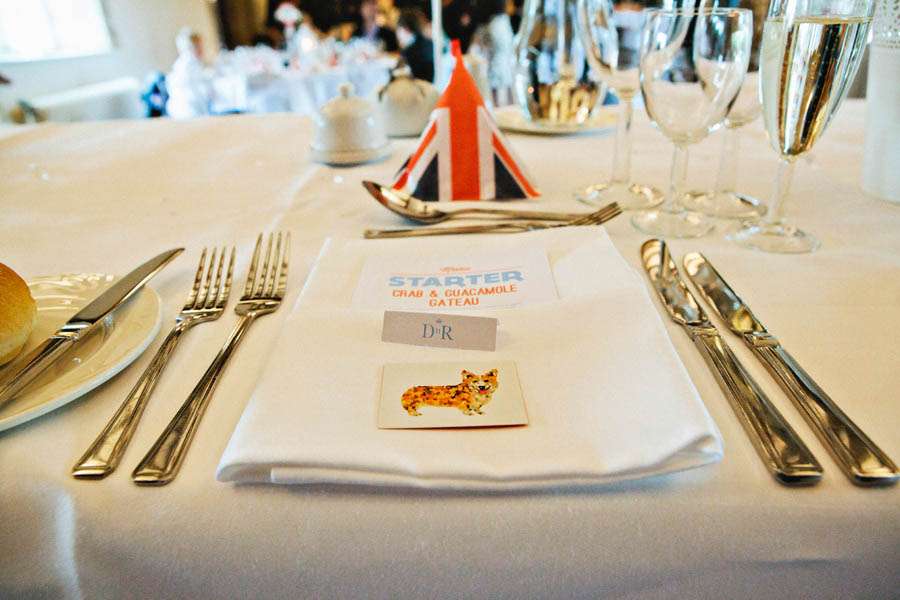 “My Mum gave me away as my Dad passed away some years ago and in light of this my sister did the ‘Father of The Bride Speech’ which was very well received.  I too did a speech, as someone who likes to chat the lure of a captive audience was too great! The best man had put together a Powerpoint presentation with images, videos graphics and even props. Half way through the presentation it developed an IT malfunction, the best man recovered well by breaking out into a rendition of ‘Hakuna Matata’ (the song relates to something that happened on the Stag) while the staff fixed the problem.” 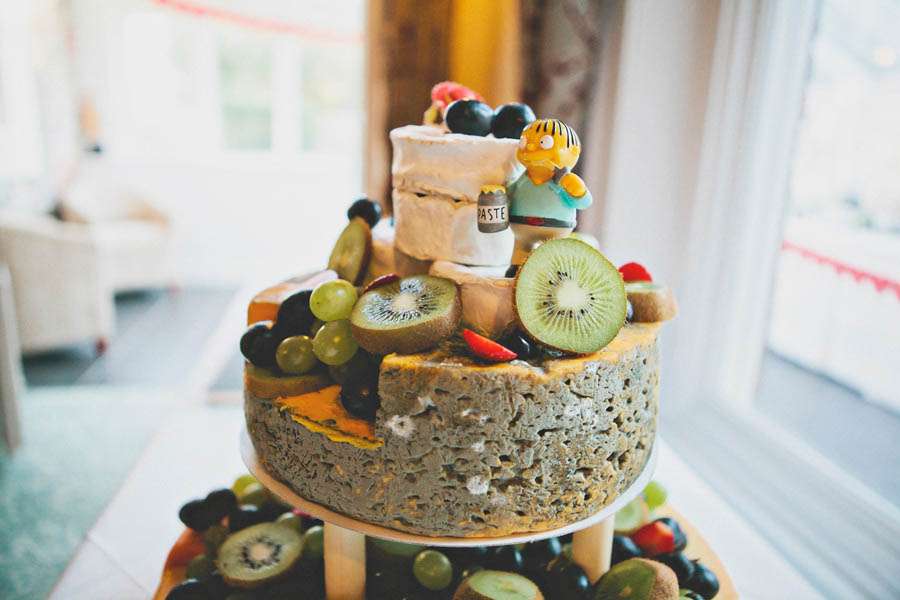 “For the meal we had steak and ale pie which people are still talking about. If our guests remember anything from our wedding it will probably be the pie. Our compliments go to the chef as it was a pretty spectacular. We had cupcakes for dessert which were a gift from the Best man and his wife. In the evening we had a BBQ and a sweet table followed by a cheese wheel cake; we even got the DJ to announce that we were ‘cutting the cheese’! This was served with a selection of chutney and crackers.”

“We wanted to create most of the wedding details ourselves partly to save money but to also give our wedding a personal touch” Jess continued. “Dan is a graphic designer so created all the stationery and printed materials. We spent many hours cutting and sticking our invites together.” 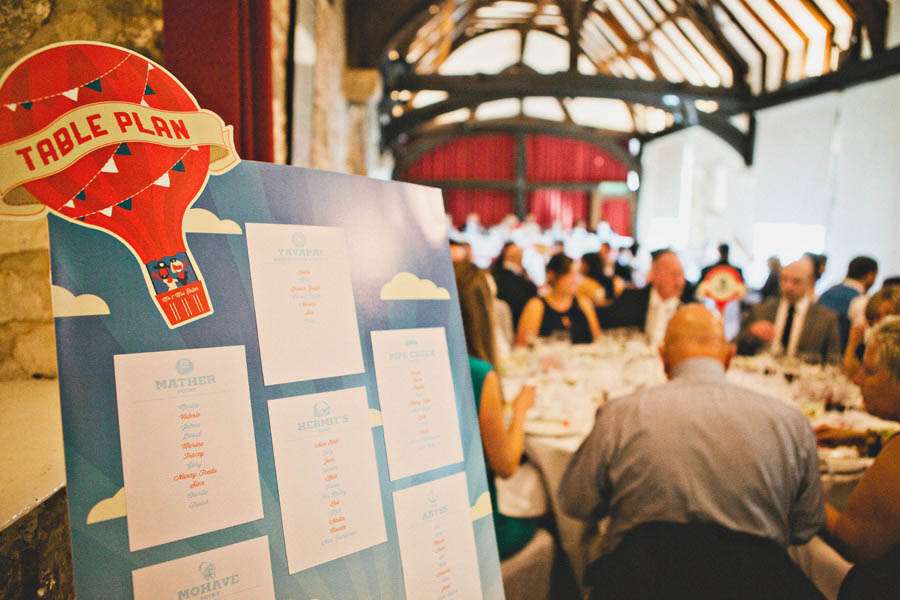 “Inspired by a recent trip to Tokyo, Dan created the flowers out of paper using an origami pattern for a kusudama flower and the buttonholes were made in the style of a rosette. I made all the wedding favours using buttons, the boys got cufflinks and the girls rings.”

“Our theme was definitely ‘Eclectic, British and most defiantly us’. We went for a British, red, white and blue theme as we got married on the weekend of the Queens Birthday. It’s also a very patriotic year in the UK with the Diamond Jubilee and London Olympics.” 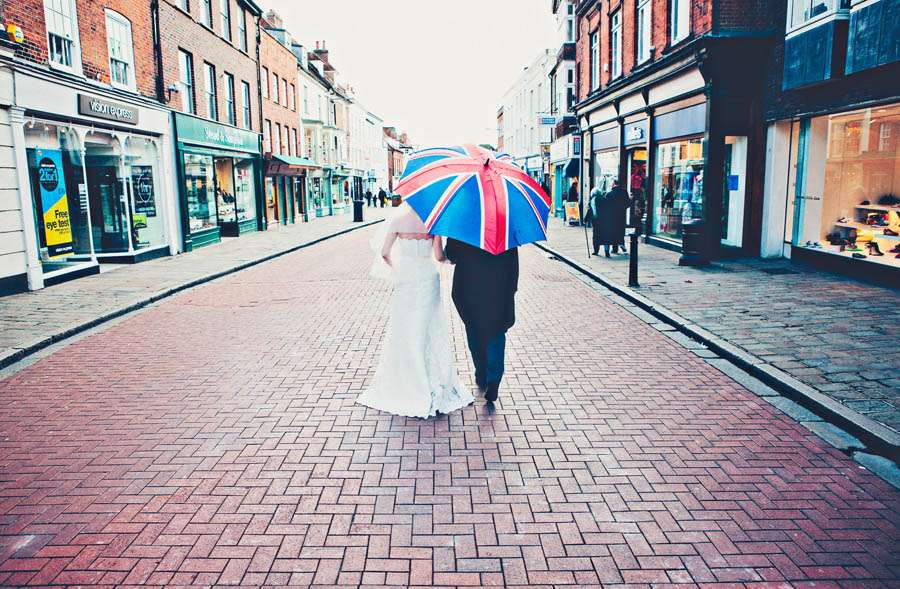 Fabulous! Thank you to Jess & Dan and their photographer Andrew Squires for sharing these today. 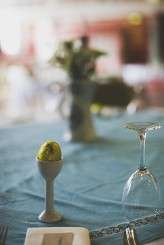 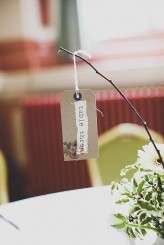 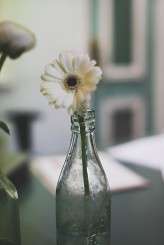 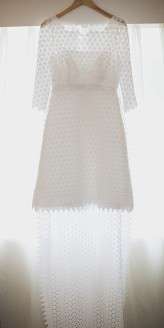 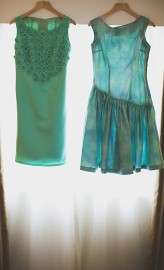 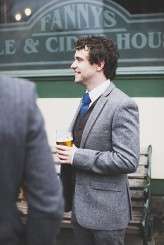 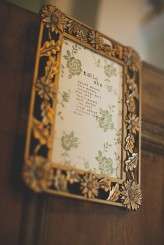 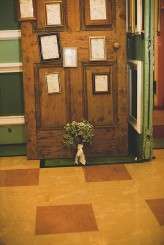 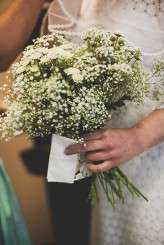 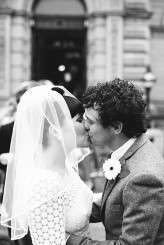 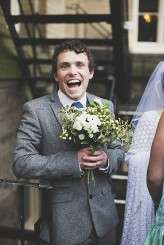 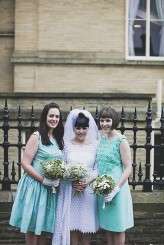 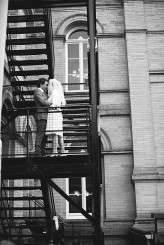 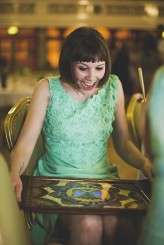 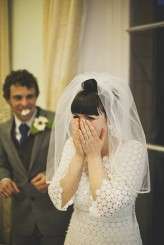