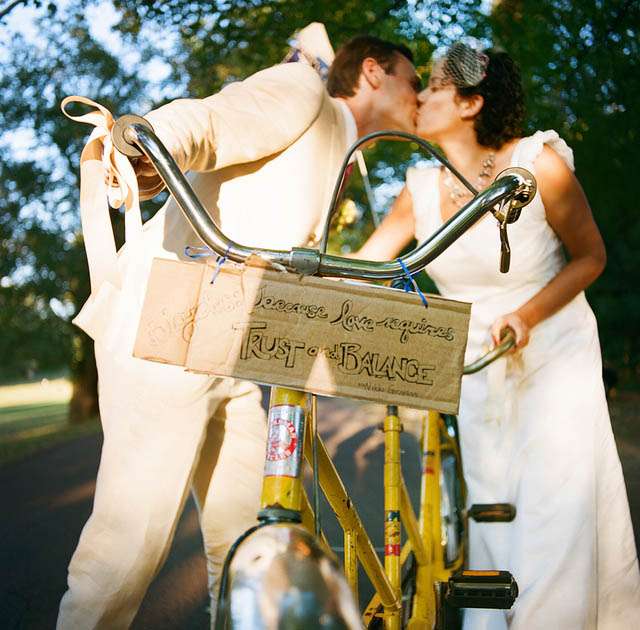 “We live in a South Philly row home with a garage that houses our bicycles and Aaron’s home-brewing equipment in lieu of a car,” bride Leigh began. “We knew as soon as we were engaged that we’d ride our tandem bike, acquired from craigslist a few years back, into our reception entrance. We kept the bike theme going with a tandem bike cake topper, a Ketubah that was designed for us especially by Chris Soria, and hotel gift bags and DIY thank you notes with tandem bike stamps.” 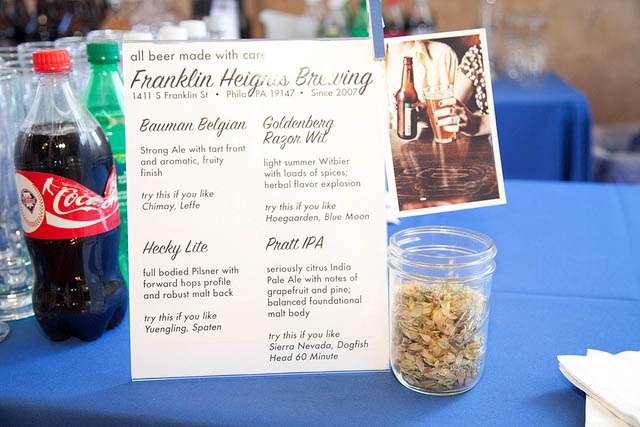 “For the beer part of our wedding theme Aaron brewed 45 gallons of beer in 5 different styles (He is now setting up his own home brewing company called Franklin Heights Brewing). Our centerpieces used various-sized jars which we collected, filled with wheat and barley (the barley was purchased from Barry’s Homebrew Supply in South Philly), and our florist incorporated wheat into our bouquets and corsages. Aaron grows hops in the backyard that went into his boutonniere and was on display at the bar. We had almost no beer left at the rest of the night – a testament to his talents!” 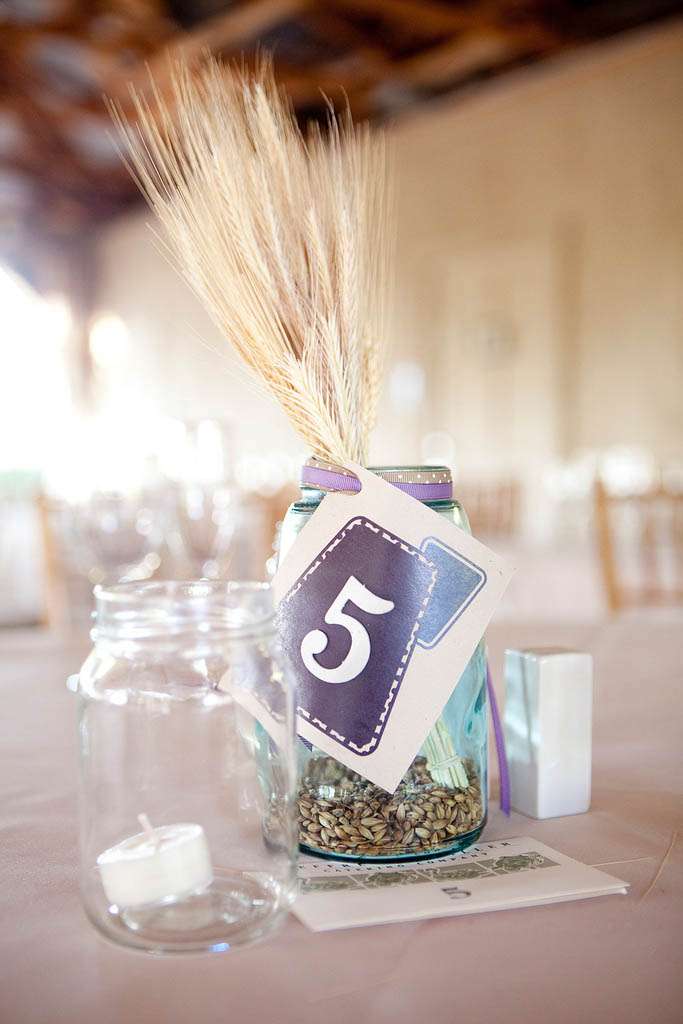 Leigh’s love of polka dots also crept into the wedding theme in terms of their invitations, her Belle Couture dress and a lot of the other 100% DIY paper details which were put together by the couple and their friends and family at their ‘crafting parties.’ The DIY and community effort didn’t end there though, with Leigh’s necklace being a hand-made gift from a friend and the photo booth which was set up by another friend. Some of their talented musician friends performed a couple songs, all of which was captured on video by several other friends and family who volunteered their hand-held video recorders. 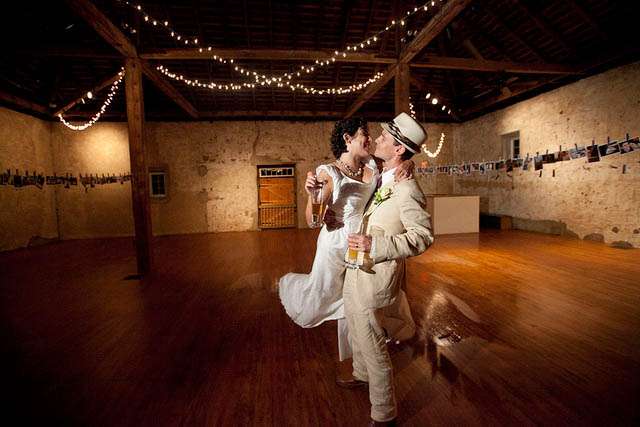 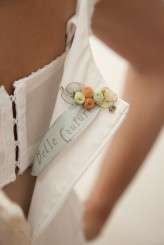 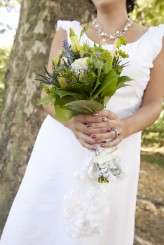 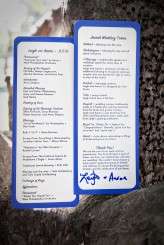 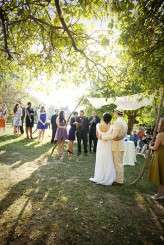 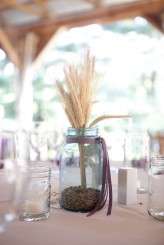 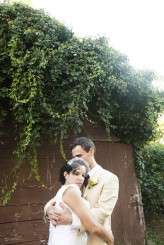 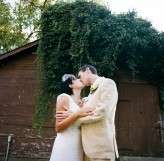 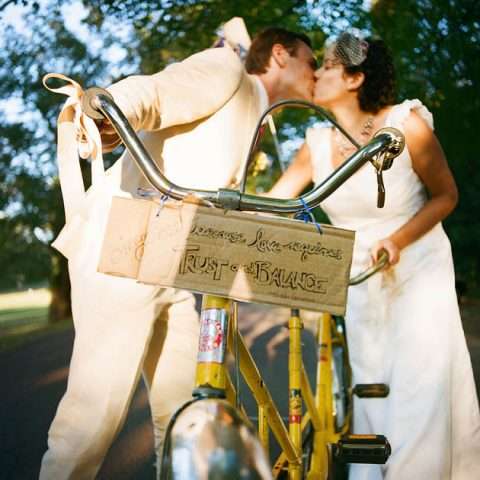 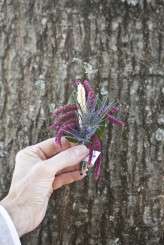 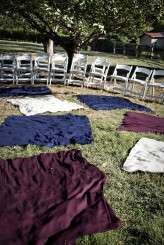 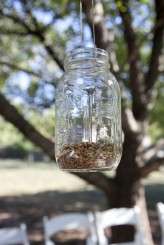 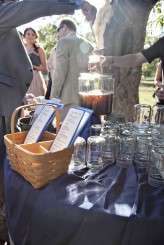 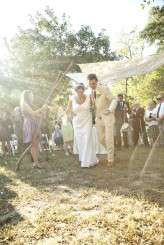 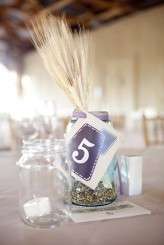 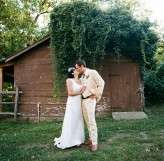 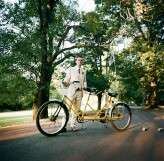 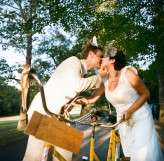 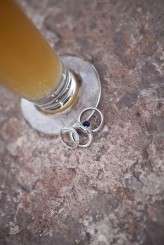 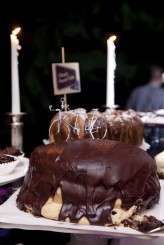 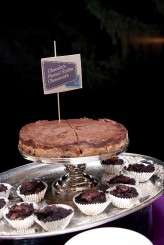 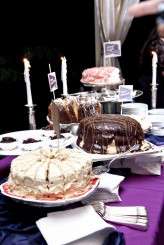