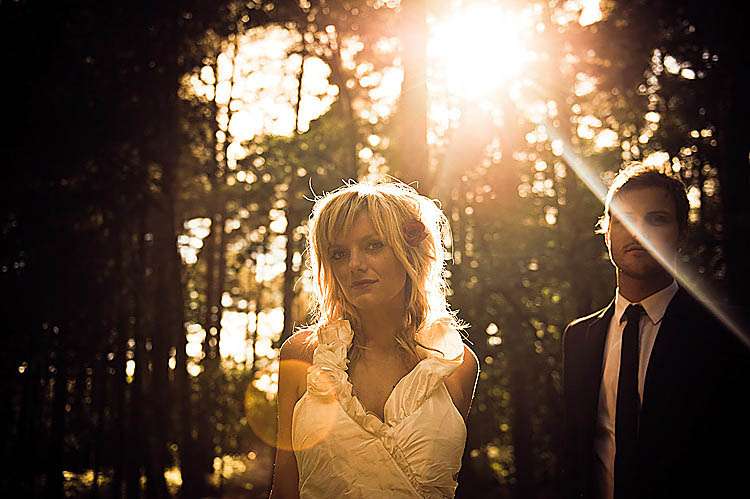 “David, an Aussie living in London, met Norwegian Ingrid on a trip to Norway through friends” photographer Ed began. “They hit it off straight away and had a long distance relationship for a while until Ingrid decided to move over to London. They both share a passion for music. Dave is a guitarist and music director and Ingrid is still studying, but sings. One thing led to another and they got married in July 2008 in Ingrid’s home town Stavanger, in Norway. It was a fantastic wedding with people from London, Norway and Australia. However, one thing went badly wrong… their photographer lost their entire set of photos (their photographer was not me by the way!) due to a hard disk issue. Ingrid was naturally devastated!” 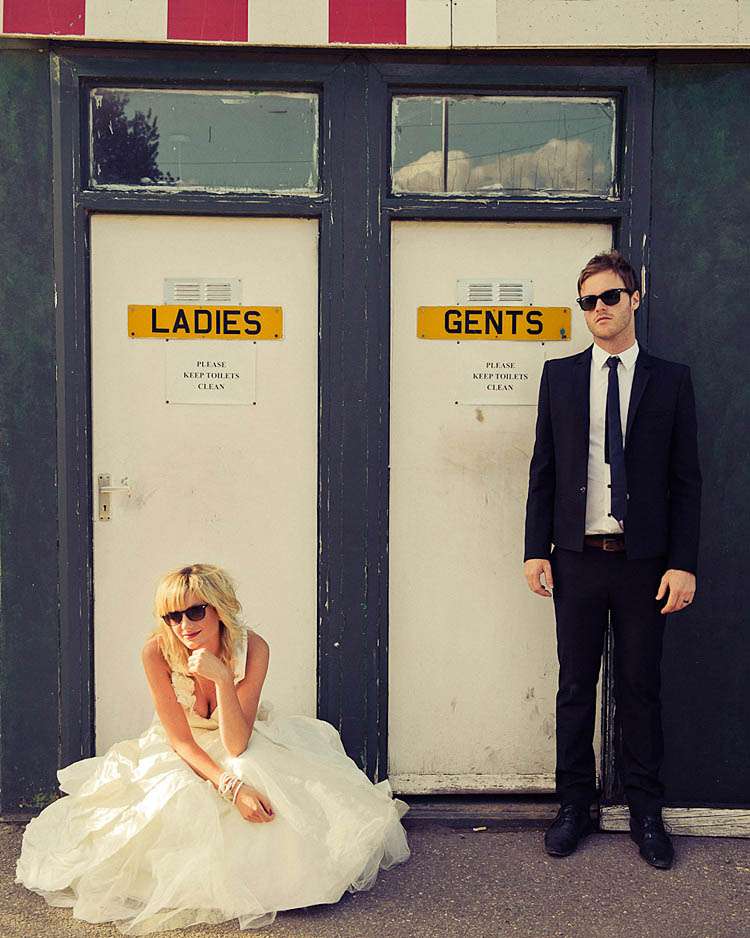 “This summer Ingrid finally got round to bringing her dress over from Norway to London and asked me if I could redo some wedding photos for them… In Norway it is tradition to send guests a thank you card with a photo of the day – Ingrid has been waiting to get some photos done before she can do this!” 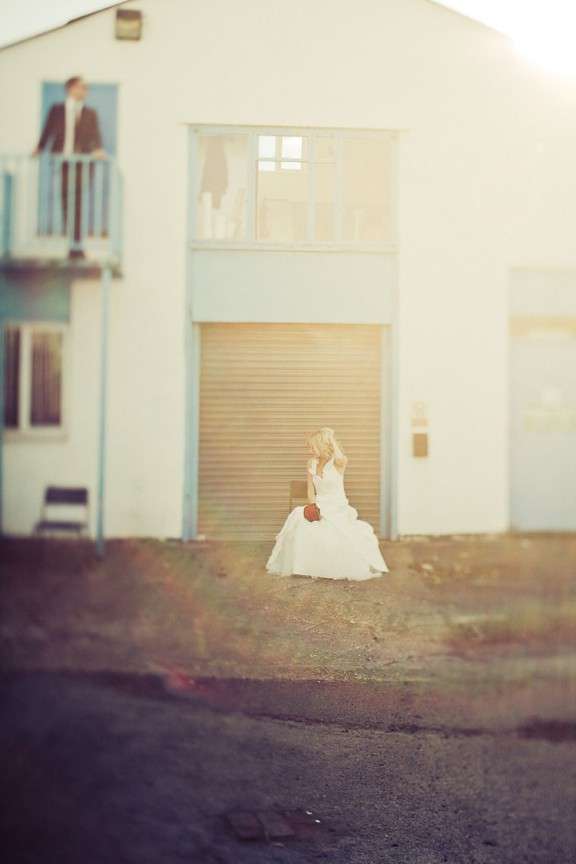 This shoot took place at various locations around Surrey, UK (I didn’t even think you could get light like this in the UK!) 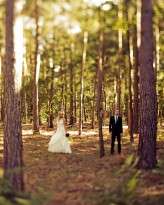 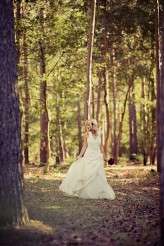 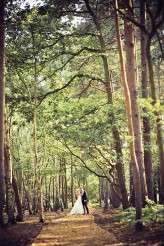 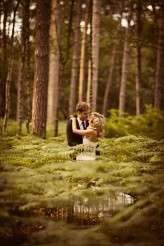 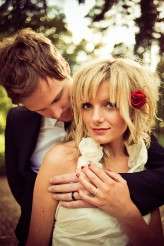 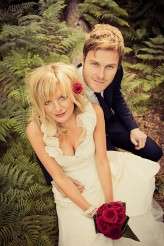 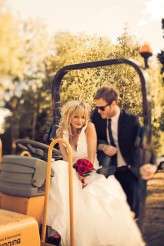 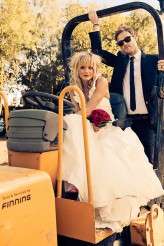 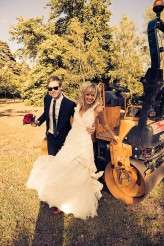 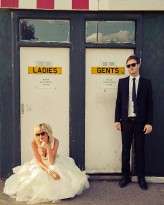 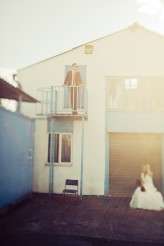 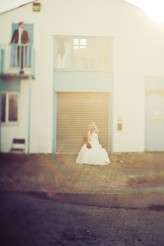 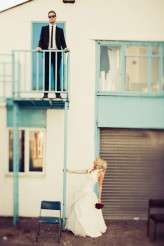 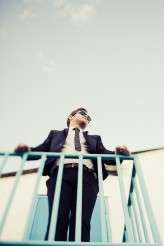 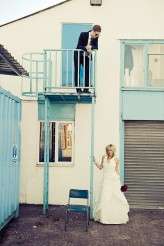 A ‘Funfest’ Festival Wedding with 16 Bridesmaids!

Lizzy and Ed met because of Glastonbury so of course they had to have a festival themed wedding. They named it FUNFEST! "Not only do we love music festivals but without them we’d have never met", explained the bride. "We were introduced by a mutual friend that we both met completely separately at Glastonbury. He thought we were made for each other so he played cupid and introduced us, and turns out he was right."