Caroline & Connor’s wedding had a distinctly Victorian/Steampunk vibe. As well as the bridal party, all the guests really got into the spirit and dressed up for the occasion in vintage dresses and attire which was practically all put together by the amazing Trish Roush at House of Nines Design. Not only did she help out the guests with their outfits, but she dressed the bride and groom – including making those incredible hats (plus, I just have to add, how incredible is Connor’s moustache?!)

Pretty much everything about this wedding was unique and found at random vintage/thrift stores. The bride found her dress online (purchased from an independent seller not from a store I’m afraid) which was no mean feat as most genuine vintage dresses are teeny tiny! However with some clever corsetry Caroline looked every bit the Victorian princess. 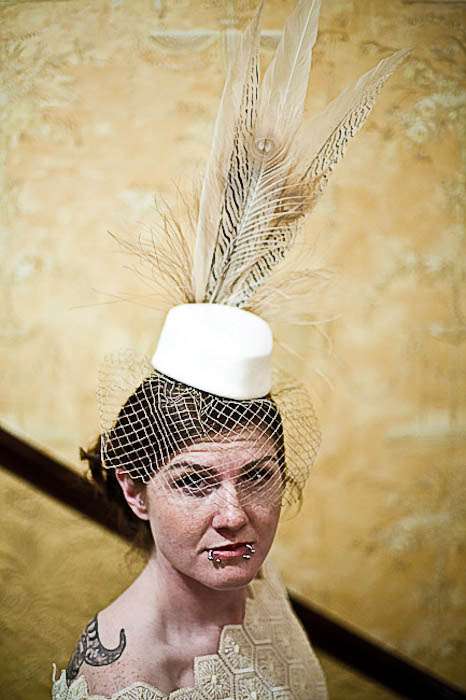 Just wow huh!? Thanks so much to photographer Julio for sharing these today 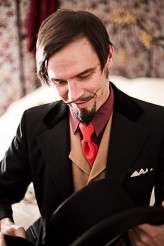 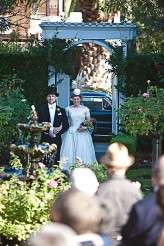 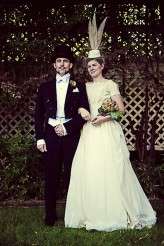 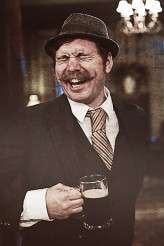 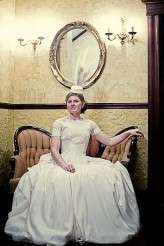 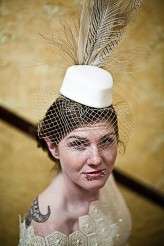 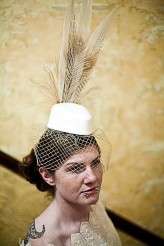 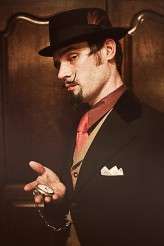 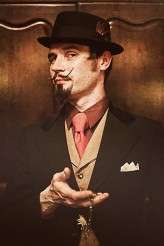