Stand by for Las Vegas awesome – part deux! Jessica & John’s rockabilly diy fest. of a wedding makes me happieeee indeed. Not only does Jessica look ridiculously haaawt in her Oleg Cassini dress and homemade jacket but the whole affair was so personal and diy fabulous – who said Vegas wedding were tacky?

Jessica spent a lot of time getting her diy projects just right. She made everything from the decor to the flowers, from the gift bags to the table runners and photo booth. Here is a run down of the whole shebang… 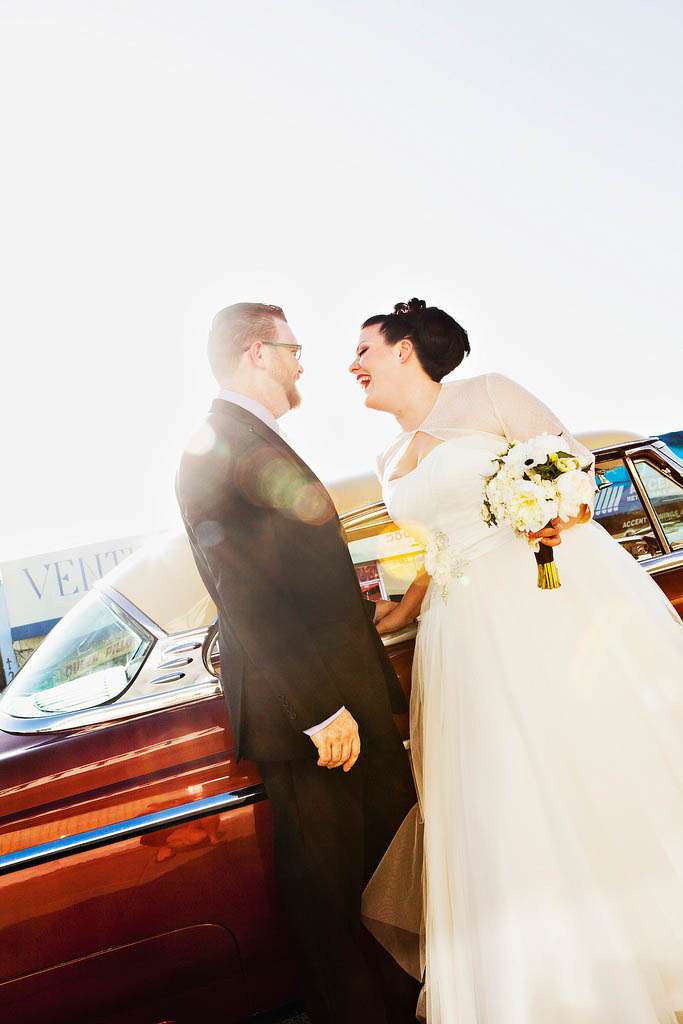 ♥ Decorations were ordered from www.bulkpartysupplies.com (garlands and all the balls etc. also the bells to make the flowers.)
♥ Centerpieces were a conglomeration of found items from many places including tons of hand made paper flowers
(faux flowers in bases were from www.afloral.com)
♥ Take away bags were hand stamped and filled with fun goodies from all over (including homemade Hawaiian lollypops!)
♥ Table runners and Photo-Booth drape were hand stiched from fabric found at a local fabric store.
♥ Gift sign painting and seating chart were put together by me (John)
♥ Candy Bar Design/candy/jars etc were by Jessica too, including the lollypop holders etc. 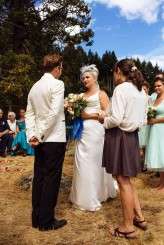 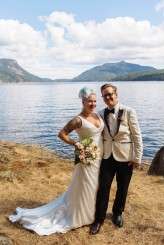 Mermaids and Rock n Roll By the Sea: Winona & Dave

Winona and Dave were married on a friend's property in Maple Bay, on Vancouver Island. This venue really set the tone of their day, with personal touches throughout. The overall theme was a 1950s rockabilly seaside with pops of nautical, mermaids and Rock n Roll!