There is going to be much love for this wild English wedding, because as soon as I saw it my heart flipped and I couldn’t wait to share! Not only because Micheal & Alice’s wedding was quirky, vintage and Rock n Roll cool, but because they are British too…yey for the UK giving the uber stylish yanks a run for their money!*

The couple chose The Hop Farm as their venue because, in their own words, “it had a certain britishness to it and being both born and bred in Kent we grew up with the iconic images of the oast houses and it just felt comforting and homely to have them as a back drop to the wedding.” They didn’t really have one theme per-say but they just came up with/borrowed ideas from many areas that inspired them. In fact the only stipulation they put throughout the whole of the process of planning their wedding was that they wanted to get as many people as they liked together to have a really good party, and the actual ceremony and marriage was just a small part of that. 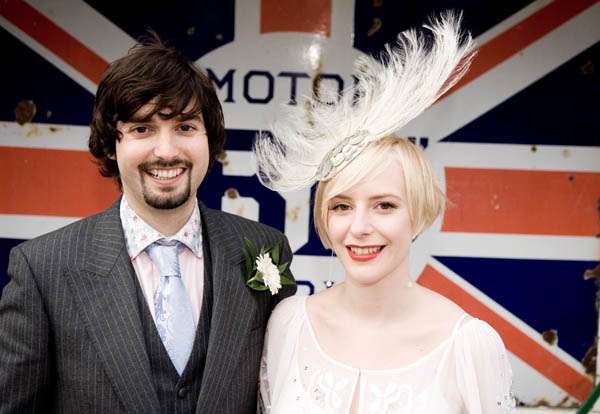 The couple went round all the charity shops and bought 50 different tea cups and saucers and filled them with sweets and put them on the tables. People were then allowed to take the cups away with them at the end of the evening as a little keepsake which really brightened up the table. They also had an Alice in Wonderland feel with ‘eat me’ tags on the tea cups and ‘drink me’ tags on the wine. Also the table nos were large playing cards 1-9 hearts and the top table had the King and Queen of Hearts.

Alice wore a Temperley London dress and a stunning (and dramatic – I love it!) headdress from Nerida Fraiman at Harrods. Micheal’s suit was tailored at Gresham Blake based in Brighton, the shirt was also one of his designs. The darrrrling knitted ‘Mr & Mrs Mice’ cake toppers were made by their friend Jo Boxall who runs the company Dolly Knits.

Thanks to photographer Nick and Alice & Micheal for sharing their fabulous day with us. LOVE! 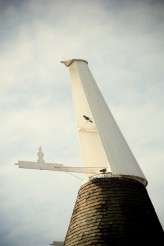 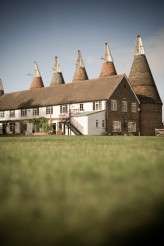 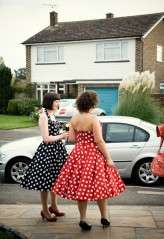 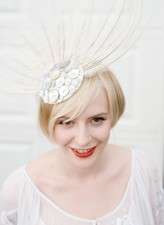 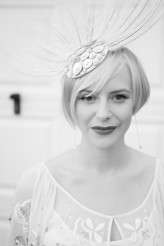 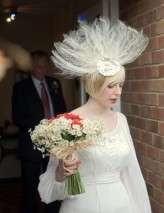 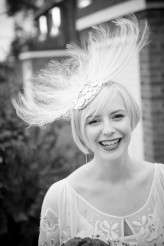 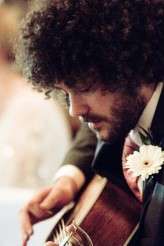 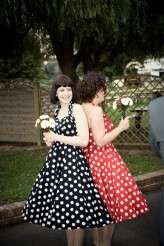 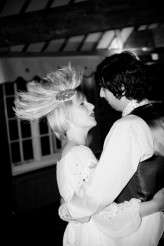 *By the way I put a quick poll out on Twitter to see if it was alright to refer to an American as a ‘yank’ I suddenly got a flurry of guilt that it might be derogotroy – however all my American followers reassured me that it is in fact ok!