Courtney & Michael’s wedding is one of those that you wish you could see a fresh everyday. I got so excited when photographer Jacquelyn sent me this wedding to look at! They had a small ceremony officiated by an friend of the bride which took place at Birmingham Zoo Lodge.

Pretty much everything about this wedding was DIY.  The groom felted the cake topper (two birds sharing an ipod)  and all of the bouquets.  The brides birdcage veil and headpiece were made by her friend/hairdresser. They printed up tickets to throw instead of bird feed or bubbles. There was a small cake and punch reception afterwards where the guests were greeted by a llama and a parrot.  After the reception, the bridal party met at a local restaurant – Rojo – for some eats and then on to the after party!  The after party was held at a bar/antique shop called The Garage where there was much laughter shared and alcoholic beverages consumed. Courtney looks amazing in her dress by Unique Vintage and her adorable floral shoes by Not Rated. 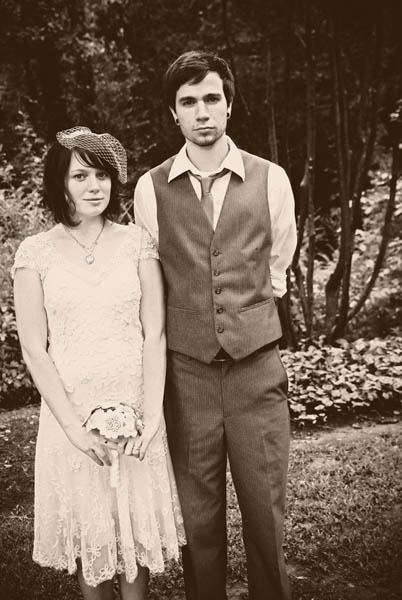 Thanks to Jacquelyn for sharing these with us Rock n Roll Brides, what a great source of inspiration 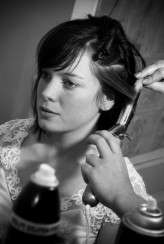 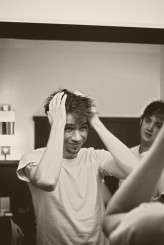 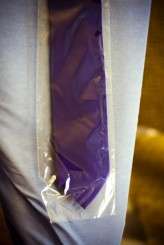 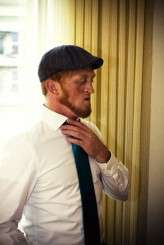 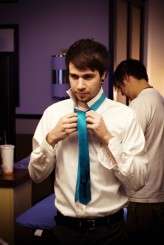 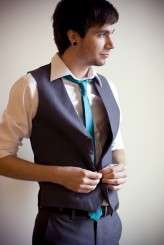 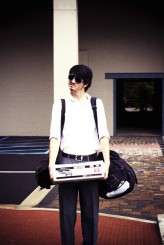 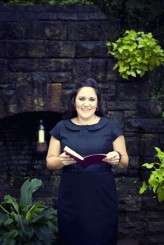 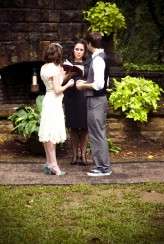 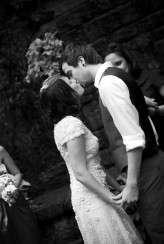 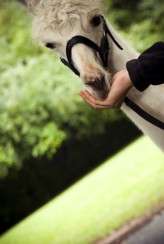 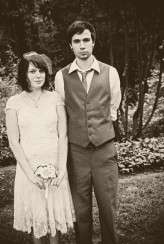 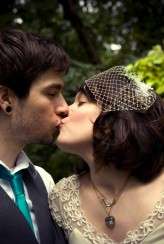 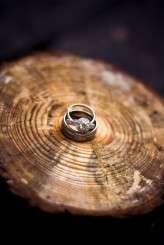 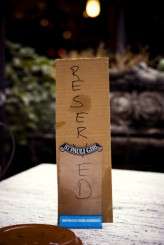 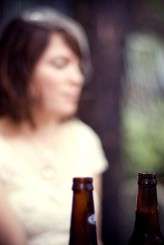 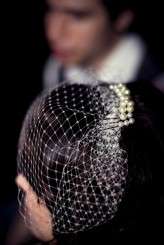 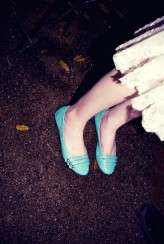 On 26th May this year Kira & John were married in Berkeley, California. The Lawrence Hall of Science at The University of California seemed to be the perfect space to host their reception as the bride had attended school there. It was a unique space and has plenty of things for people to look at and play with throughout the party! "Our wedding was held at the Lawrence Hall of Science in Berkeley", wrote the bride. "The ceremony was held in a large courtyard called Science Park over a fountain (and exhibit), and the reception was held inside the museum, where all of the hands-on exhibits were open to guests. All of our portraits were taken in the nearby Botanical Gardens. Our officiant was John's law professor. We included a final blessing repeated by all of our guests... 'Live long, and prosper!'"

A second-hand dress, a home made felt flower bouquet and henna on her hands, Kate looked every bit the Rock n Roll princess when she married Nathan in September. "We both love vintage and historical things, so that influenced a lot of our decisions", she said. "I'm also really passionate about reusing and upcycling things and we both love animals, especially our little dog, Mustard."