Emily looked ridiculously stylish in her Ian Stuart dress…actually called ‘Rock n Roll’ no less (!) and her custom made shrug to match by Holly Stalder. I am also loving the faux fur coat she rocked when walking to the ceremony from Per Una at Marks & Spencer.

To make their wedding truly their own, the couple bought local ale and champagne for their reception, had a friend do all their flowers and each guest was asked to choose their favourite song to have it played at the reception. Emily also asked her Mum to read a poem she wrote at the ceremony

As in a perfectly beautiful painting, where colours and tones mover together;
And make us pause for breath, because such co-existence is a display of the perfect and simple possibilities of this world.
So, in marriage, when you do not need to hold his hand, or feel her breath on your cheek
But know that love is ever present, that undeniable depth of love and care that cannot be explained or measured.

That dear Emily and John is our wish for you.

Continuing their perfect Rock n Roll day, acoustic versions of Metallica songs played as the guests entered their reception at The Great Barn. 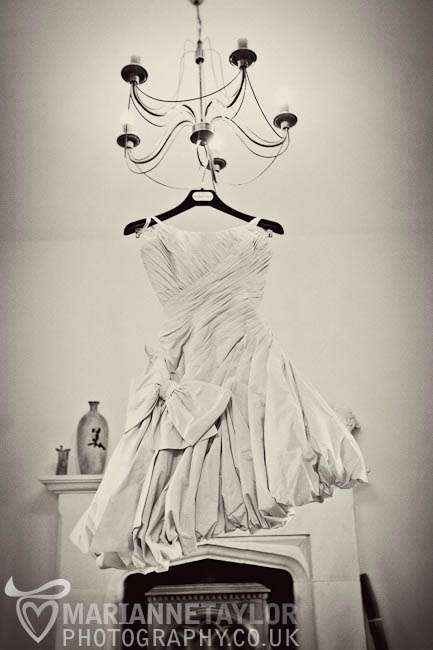 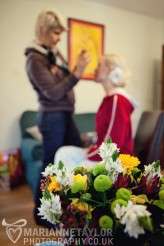 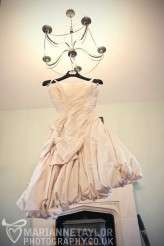 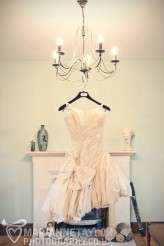 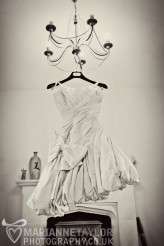 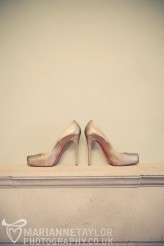 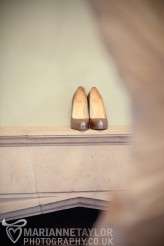 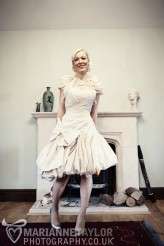 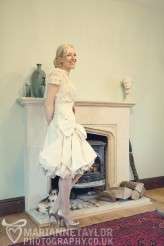 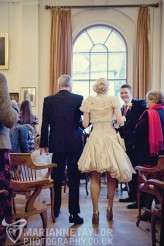 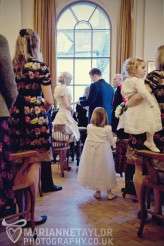 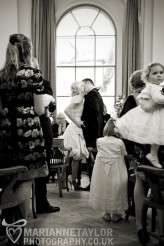 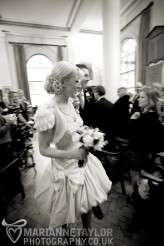 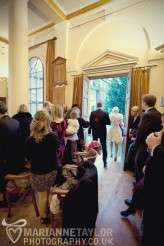 Sometime late last Summer I strolled into my favourite wedding boutique to visit my friends, Laura & Emma, who own it. Whenever I'm in central London I always pop into Fur Coat No Knickers to see their latest pretty vintage wedding dresses, to drink some Cava and to catch up on all the latest gossip. But this fateful day in August was different. I was greeted at the door with squeals from Laura, "I'm engaged! Tom Proposed last week!" she shrieked. More Cava was popped and we started to discuss all things wedding - but this time not other people's - hers!

Paul proposed to Angela on an idyllic deserted beach in Galicia, Spain. This set the tone for their wedding day. Firstly a map of Galicia became the backdrop of their seating plan. They also had a polaroid theme with the table names, place names, cake toppers and invitations. They used images of their favourite places in Galician on the polaroids including palaces, fortresses and monasteries, and used them throughout the wedding.

Paul & Hayley planned their wedding in just four months! They were engaged in July and wanted a winter wedding but the didn't want to have to wait a whole year...so a speedy engagement it was! They were married in November at Vauxhall Farm in Suffolk. "We decided that we wanted to decorate the reception ourselves and bring in caterers so Vauxhall Farm was perfect, " Hayley told me. "It was essentially a big empty barn in the middle of some fields! Our thoughts for the venue styling was lots of colour and lots and lots of fairy lights!! We found lots of vases and lanterns and filled them with fairy lights and strung more lights across the ceiling as well. Our table names were pubs that we love. So we painted the inside of photo frames with chalkboard paint and wrote the names on there, we then gave our guests chalk so that they could wipe off the table name and have some fun!! Someone said that our tables looked like children's party!"

After a holiday to Nashville, Leanne and Kristian decided that a cowboy themed wedding would be right up their street. Their families weren't convinced at first but on the day everyone really got in the spirit and eEvery guest wore fancy dress! This was a truly DIY wedding with the couple doing practically everything themselves. The bride made her own dress (at the cost of just £80!), all the flowers were bought from a supermarket and the cupcakes were baked by the bride's sister.