The awesome Marianne Taylor (who shot my pinky, punky princess shoot) just sent me a selection of her most recent engagement sessions and Sam & Adam’s jumped out at me right away. Not only have I got a unhealthy obsession with toy cameras right now (they used a Diana camera as a prop) but the couple are just to damn right funky for words.

ps you have until Sunday 25th October to get your entries in for the free wedding photography contest – open to all – WORLDWIDE wooooo! 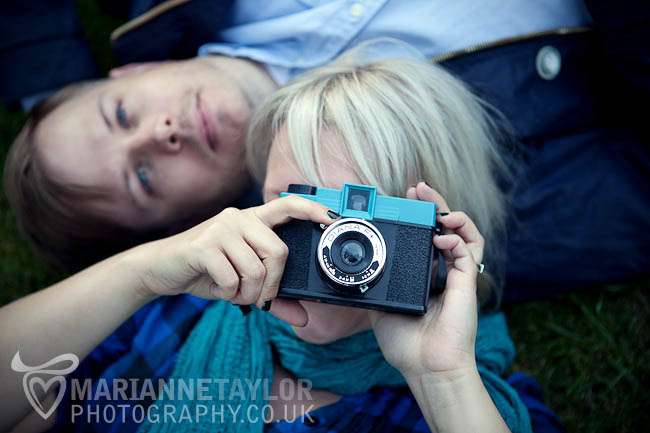 I am loving Mr. Whippy ice cream, the light up heart shaped display, the neon back lights and of course the fact that these images are quintessential London baby!

Thanks to the ever gorgeous Marianne for sending these over.