Lucky Monica & Peter had two wedding days. First up they had a simple and intimate ceremony at City Hall NYC with just close friends and family, followed a few days later by a reception at Tribeca Grand Hotel and a super funky evening party at the uber cool Japanese-neon-pop culture-manga- inspired Tokyo Bar (erm hello I need to go here!) with about 60 guests. 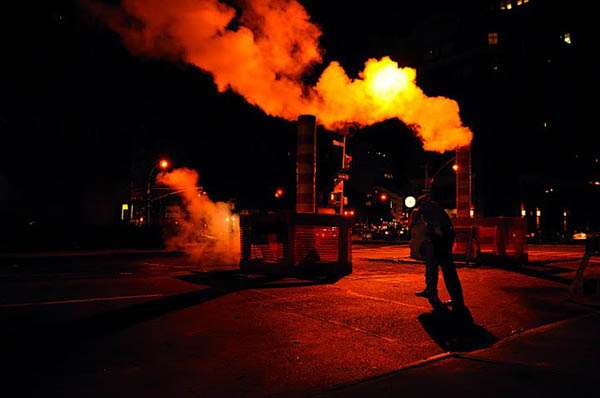 Photographer Ananda Lima explains the two-party idea:
I met Monica and Peter in a nice sunny morning at the newly renovated city hall. Monica looked beautiful: perfect for the occasion on a simple but super stylish white dress and suit jacket. Peter also looked great, including the removable cast he wore, which should give them a good laugh when they look back in a few years (Peter broke his left hand a couple of weeks before the wedding!). They brought a small group of family and friends with them, including Monica’s family all the all the way from Argentina. (I can imagine I would have had so much fun having my overseas family experience the whole city hall wedding thing: getting a number, waiting for it to come up on the screen…). It was a great vibe, with a mixture of English and Spanish, jokes, hugs, smiles and a laid-back and obviously in love bride and groom.

A few days later, I met with them again for their Wedding bash. They chose to have a private party at the hip Tokyo Bar, a Pop-Japanese-Art-Neon-Anime themed bar with about 60 or so guests. The place is just awesome and the atmosphere was super-cool! (I never knew about this place, I am definitely going back there!). Along with the theme, they brought a bunch of glow sticks for their guests, which was really a lot of fun when everyone started packing the dance floor. There was a lot of music, dancing and delicious “Japanese comfort food” through out the night (guests went back home with their glow sticks and some nice decorated chopsticks as their favors, which I thought was brilliant. It was a truly great party.

Thanks to Ananda for sending these to me! 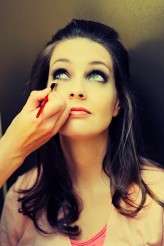 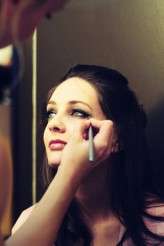 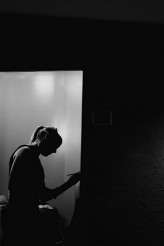 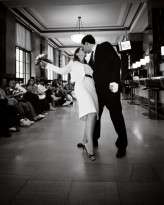 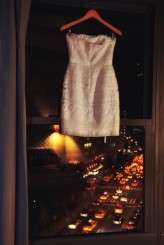 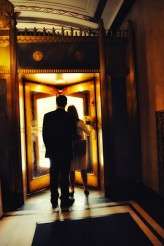 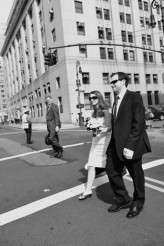 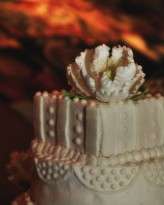 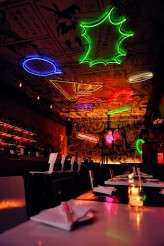 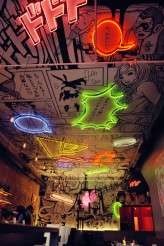 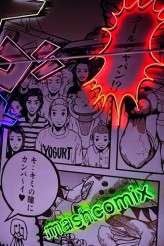 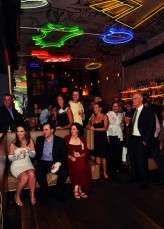 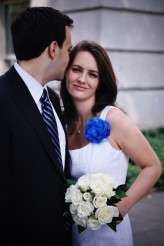 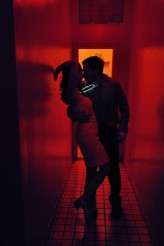 The Atlantic City wedding of Carla & Dave had a distinct vintage vibe. From the bride's authentic 1020s wedding dress to her Grandmother's pearls, from the vintage postcards that decorated the centrepieces to the historic restaurant that hosted their reception, the day was one that truly reflected the likes and loves of them both.

Jade and David were married in a New York bookshop in August. They themed their wedding around their love of travel, and on the tables were photo props for each of the cities they were named after. "We were inspired New York!", said Jade. "It was the first place we went on holiday together and we've been back a few times since. We knew it would be the perfect place for us to get married."

Alison and Gary love New York City, so it was the obvious theme for their August wedding in Glasgow. "The theme was a low key and chilled-out New York wedding", said the bride. "The colour scheme was based upon the iconic NYC Yellow Cabs."

Kristy & Patrick were married at Scottadito, a traditional Tuscan restaurant in Brooklyn. After lunch together, the whole wedding party paraded down the street to their reception venue, The Rock Shop, where they partied into the night. They planned their wedding in just two months and were adamant that they would have their day their way.