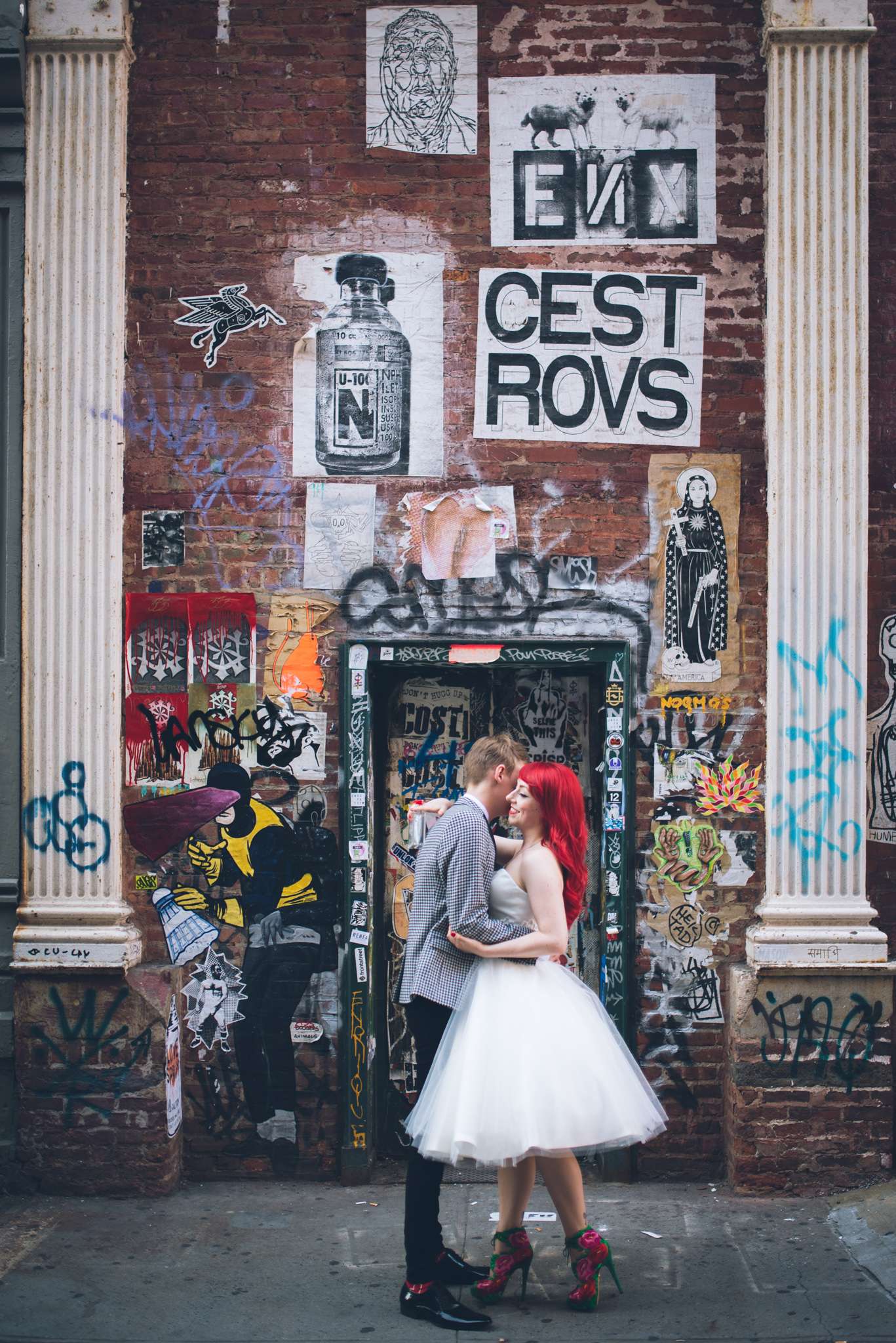 Jade and David were married in a New York bookshop in August. They themed their wedding around their love of travel, and on the tables were photo props for each of the cities they were named after. “We were inspired New York!”, said Jade. “It was the first place we went on holiday together and we’ve been back a few times since. We knew it would be the perfect place for us to get married.” 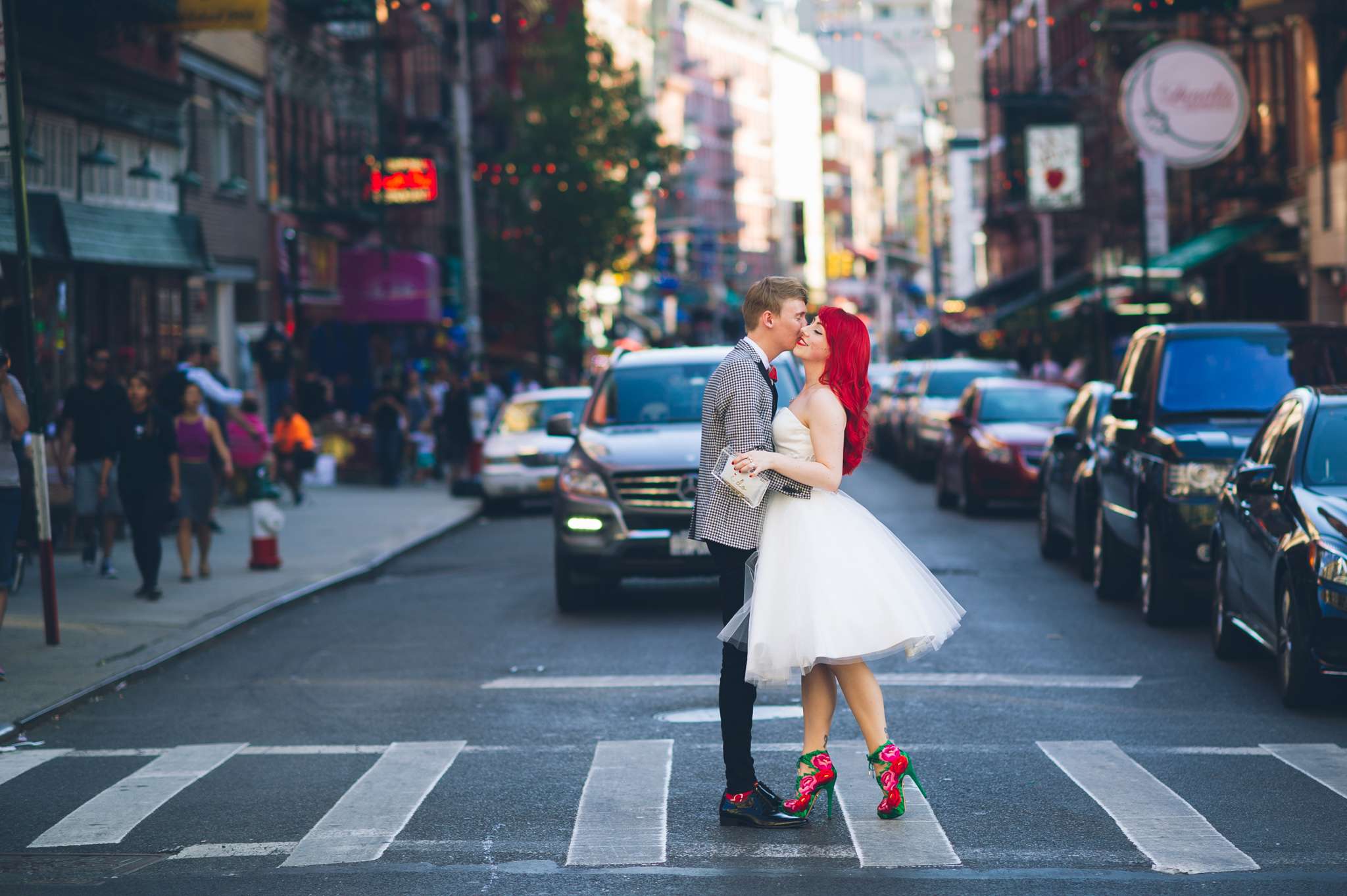 After photos around Soho with their photographer, Sascha Reinking, the wedding itself was held at Housing Works Bookstore. “The venue was completely different to any wedding we’d ever been to. As it’s not a typical wedding venue and I suppose we both worried a little on how it might go. However the team there were so incredibly professional and the whole wedding went so smoothly. Also the wedding officiant, Reverend D, can only be described as unique, alternative and different! She was amazing, we each filled out a survey from her before the wedding so she could personalise the ceremony for us. It was short (just as we wanted), hilarious, sweet and so perfect for us. She stayed for the dinner and party after and our guests loved her just as much as we do!” 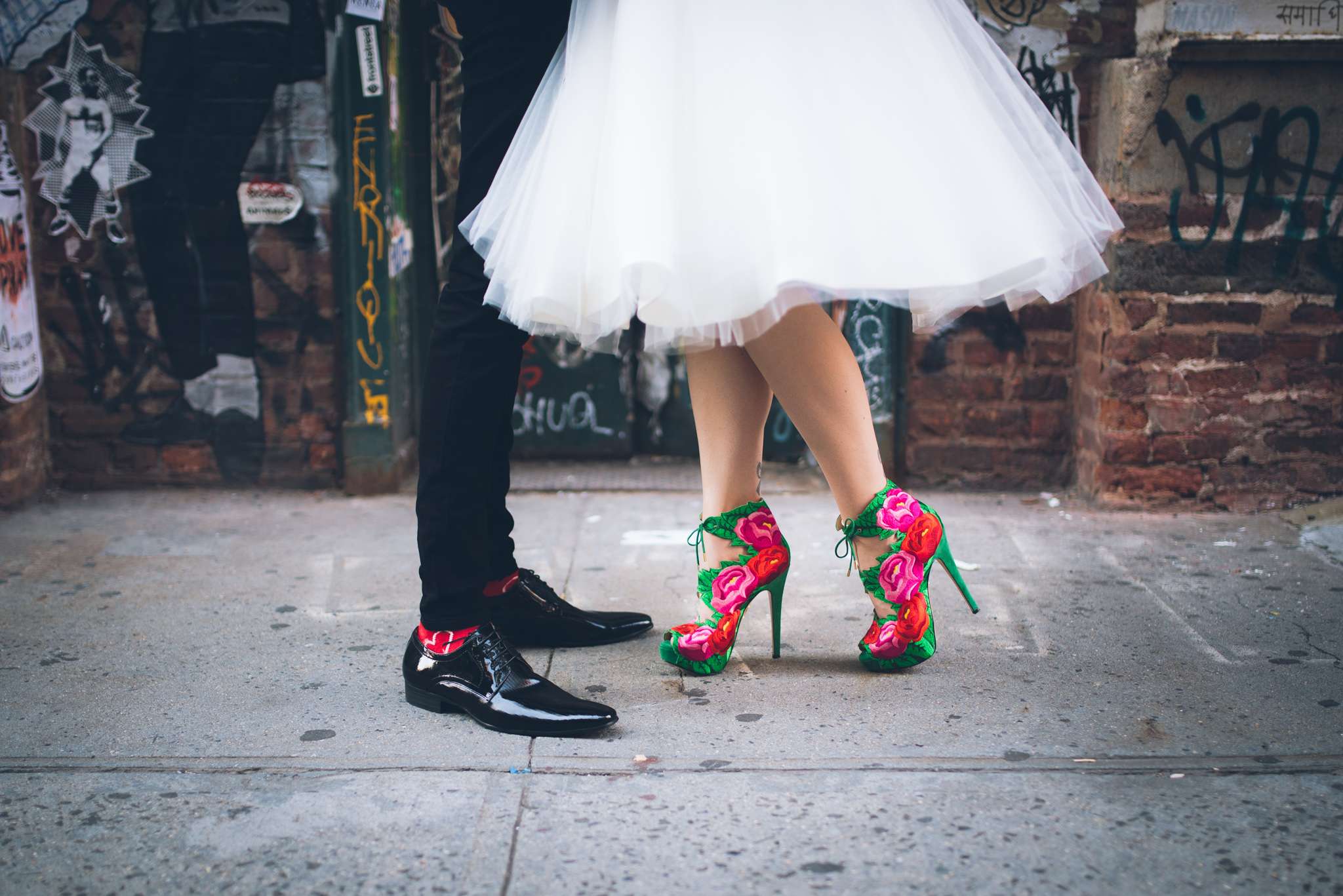 The bride wore a House of Mooshki short dress with the most incredible Charlotte Olympia shoes! While she splashed out on her outfit, they cut costs almost everywhere else. “We didn’t have many flowers, David’s mam bought them from a bodega on the day of the wedding and added them to a few vases for the tables. I have no idea what kind of flowers they were, we are not flower people! We didn’t have a band or DJ, we created our own Spotify playlist. For decor we bought some photo props to theme our tables to each city (New York, Las Vegas, New Orleans, Dublin and Paris) and we also had a picture frame with the table name on one side and a picture of us eating food in that city on the other side. We LOVE food and our wedding definitely had to reflect that!” 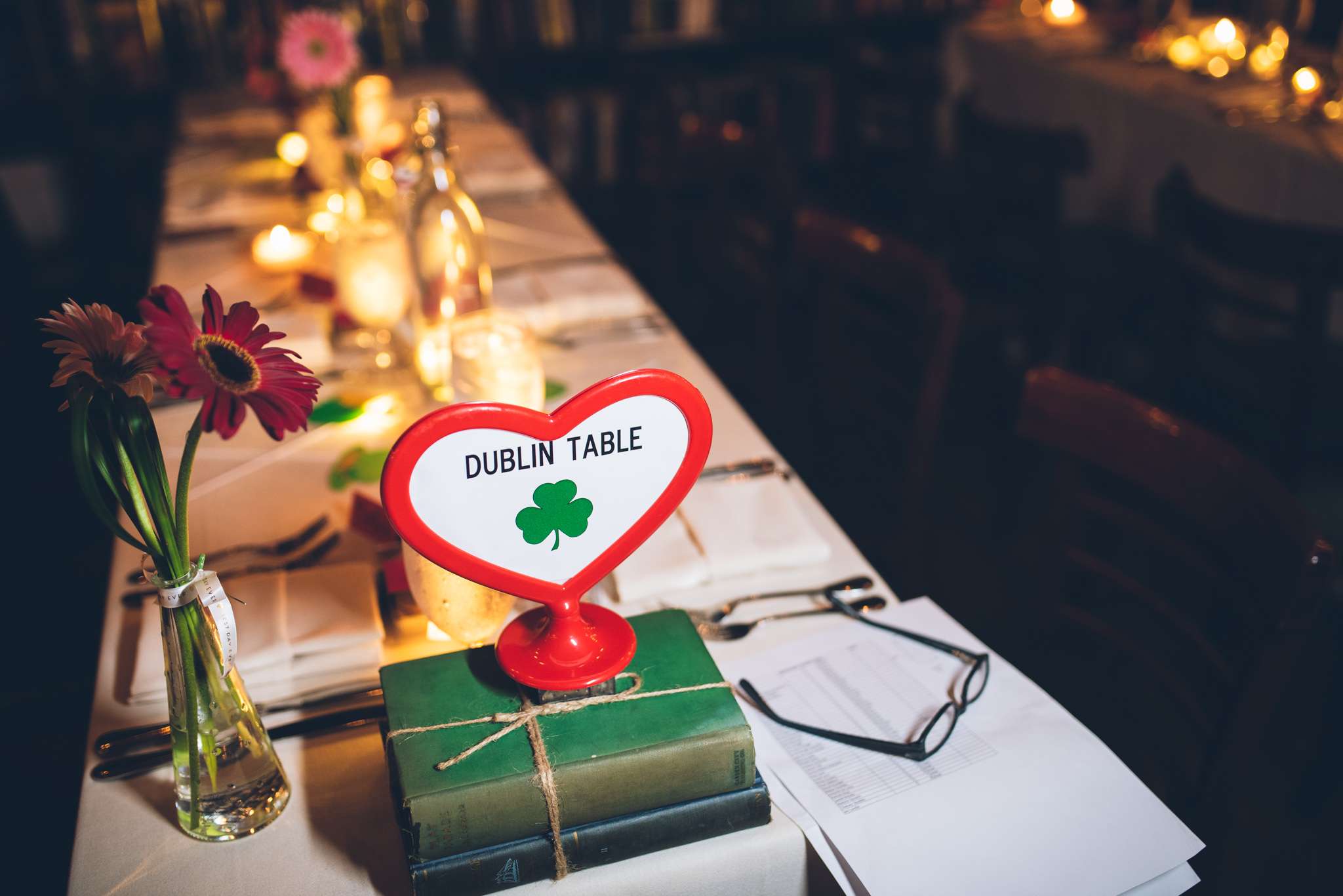 “We didn’t find wedding planning stressful at all. We worked as a team and did almost everything together which I’m sure helped a lot. Planning a wedding can be really fun and it didn’t seem like a chore to us. The only tricky bit was as we’d chosen a destination wedding we did worry that we wouldn’t have many guests, as a lot of people who we’d love to be there couldn’t for one reason or another. We did plan a party a month later back at home though to celebrate with everyone who couldn’t make it though so that helped a lot!” 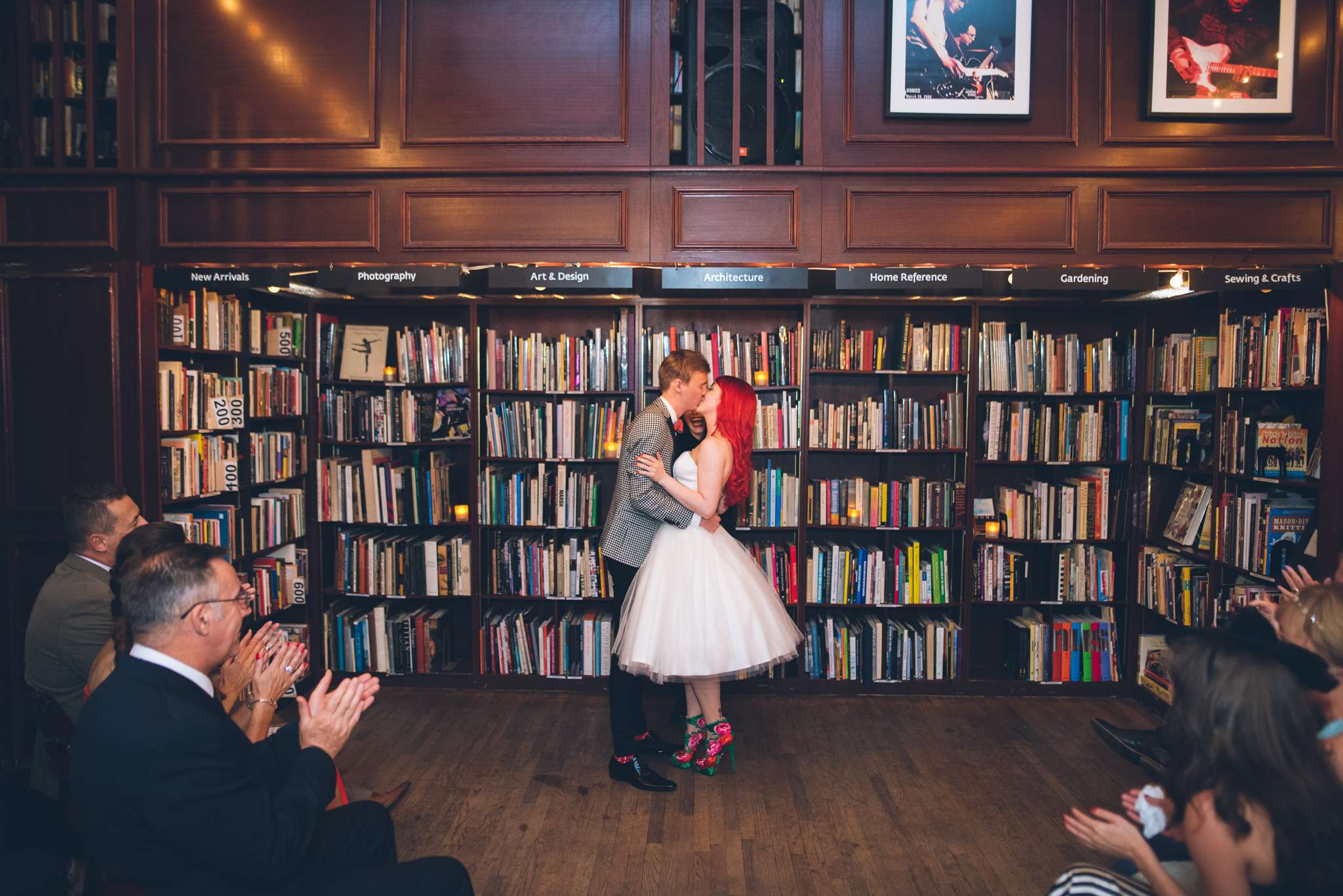 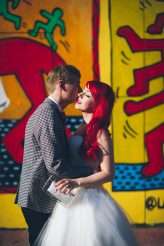 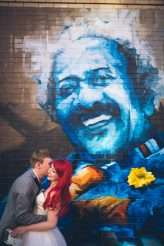 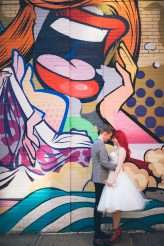 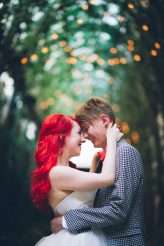 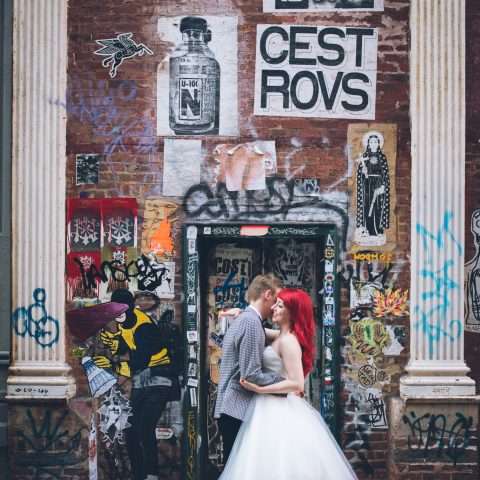 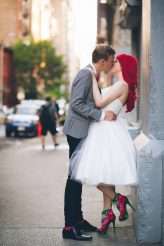 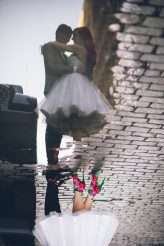 Kristy & Patrick were married at Scottadito, a traditional Tuscan restaurant in Brooklyn. After lunch together, the whole wedding party paraded down the street to their reception venue, The Rock Shop, where they partied into the night. They planned their wedding in just two months and were adamant that they would have their day their way.

There is something so very magical about New York in the winter time. Mollie and Ryan clearly agree with me because chose January 7th as the date for their Brooklyn wedding. The day was held at Hometown BBQ, their favourite BBQ restaurant in Red Hook.