For a while now I have had a little nugget of an idea floating around my head, a teeny tiny musing that could turn into something if nurtured. I have been thinking of starting a mini series about ‘How to Blog’. I’d love to be able to share my experiences and hopefully impart some wisdom on others wanting to expand their blogging success. I’m primarily thinking about those who want to blog in order to share other people’s work and inspiration.

For this first instalment I want to draw attention to a small part of the whole affair that I feel is quite an important one. I am making reference to bloggers and photographers solely because this is what I know and this is the circle I move in, yet I hope the basic ideas can be transferred to your own preferred network.  Let me know what you think… 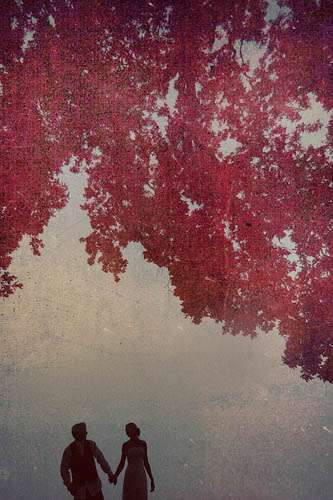 Maybe you visit other blogs for inspiration for your own blog. Maybe you take daily trips around blog-land to network with other bloggers or hell, maybe you even sneak into other places to take weddings and images for your own blog. The internet is a big old vast universe and policing it is pretty much futile, but in my (relatively short) time as an online writer I have come to witness and be annoyed by the same thing over and over.

So here’s the story – photographer shoots a kick ass wedding. Photographer blogs said kick ass wedding. Blogger A picks up on the wedding and steals (because however you sugar coat it that is essentially what you’re doing) the images and posts them on their own blog, which is then seen by blogger B who steal the images from blogger A to put on their own website.
On the flipside we have scenario two – photographer shoots and blogs the kick ass wedding. Blogger A picks up on the wedding and emails the photographer asking permission to use the images on their site, with the appropriate credit of course. Photographer says they’d be delighted and sends the images over right away.
The difference? In scenario two a connection is established between the photographer and the blogger. This is social networking after all. For me, my blog has become more than just a place to post pretty pictures, it is a vehicle to connect with like minded individuals, to have a voice and to feel like my opinion is being heard and respected.

To others it may be a place where they want to show ‘the best of the best’ the most beautiful or the most sought after (in my case) weddings and photography for some kind of kudos. But by doing this you are essentially missing out the very best part of being a blogger. I’m not trying to come across all ‘peace and love’ but would my site be where it is today without making those vital connections with others online? The simple answer is ‘no’.

Sure, I could regurgitate what every other website or blog includes and have a very pretty site with all the most sought after weddings on, but would I have the loyal following I have today with such a method? I would not be distinctive, I would not have the online companionship and I would not have respect. I would not only be a carbon copy of everyone else but a lonely one at that. If Blog A is already doing something, why would anybody visit Blog B if all they did was re-post the same images?

A crude example but think of it like this. Jordan was a phenomenally successful glamour model over here in the UK. She made a fortune by taking her clothes off and being photographed falling out of clubs. In 2002 a TV show was broadcast called ‘Essex Wives’. The ‘star’ of the show was Jodie Marsh – an over the top, Jordon wannabe with big boobs and skimpy outfits. She prided herself on being new and different. She had real boobs whereas Jordon’s were fake after all! However essentially she was a complete carbon copy of the original.
Jodie had some fame and made some money being Jordon’s rival, but let’s look at them now. Jordon has a massively popular TV show, is breaking America and makes millions every minute with her various perfume, home ware, book and equestrian (I kid you not) lines whereas poor little Jodie did a series on MTV to find her a husband (which later was exposed to be a set up) and continues to desperately cling to fame with various stunts – her most recent being her new found lesbianism.
As I said before, a crude example yes but if you had to, who would you be? The original or the copycat?

The moral of the story? Be different, stand out, find your voice and make the connection!

If you like what you’ve read I’d love to continue with this series. Why not drop me an email with any questions you might have and I’ll try to work the answers into the next issue.

Edit: For some reason, I feel the need to justify myself to some particular people who think they have the right to come onto my site and slate me. If only these people would comment with real email addresses I could speak to them directly but I guess that’s just not their style. I am well aware that some people would rather hide behind a computer than make an actual connection.

Anyway…I hope that I have not come across here like I’m perfect or a know-it-all when it comes to how to make the best of blogging. I simply want to share my experiences as a blogger to hopefully impart whatever small wisdom I have on simple ideas. Yes, I will openly admit that in the past I have blogged things without speaking to photographers first. Back when I began Rock n Roll Bride I had no idea about etiquette or the ‘right’ way to credit or link to people. However since learning a little bit more and reaching out to people my relationship with others online has grown immensely, isn’t that what blogging is all about after all? My only wish with this post was to maybe help some other newbie bloggers along so they don’t make the same mistakes I did.

As I have said before there are no rules. If you want to carry on and blog without getting consent, be my guest, but I promise you, you will be pretty lonely in blog-land.

Looking naturally beautiful on your wedding day is something that's often referred to by some as a bit of a given. "On your wedding day you'll be so glowingly happy that you will look as stunning and radiant in the photographs as you did when they were taken" they say...and they're right...right!? Well yes and no. I'm sure you're all with me in some degree on this one, that there are certain areas of your body that you're never going to be happy about. No matter how often your fiancé says you're beautiful and no matter how blissfully happy you are on your wedding day, when you look at a photograph of yourself your eyes are always first drawn to your arms/nose/chin/stomach . Let's be honest with ourselves here and say that we're all worried about how we're going to look in our wedding photographs aren't we? Looking at yourself in a photo can be seriously HARD if you have a hold ups about how you look...and actually even if you don't. There isn't a person in the world who hasn't taken a bad photograph, but we're all just praying that the happiest day of our lives will be reflected as such in the photographs that will remain on our parent's mantles forever aren't we?