I guess it must have been pretty obvious to everyone just how much I loved MangoRED as I have now been sent some more amazing photography exported from The Philippines, from Rock n Roll Bride reader, Cely.

What I really love about the photography that seems to be emerging from The Philippines is that it is so different to the work I see coming out of Britain or The States at the moment.  The use of light in undoubtedly different in these photographs, maybe because the light literally is so different over there? Who knows, all I know is I am so happy to be able to share the work of MangoRED and Pat Dy with you, and that I most defiantly like it!

Again it is impossible for me to choose just one of Pat Dy’s weddings…so stand by for a bit of a love fest.
First up a Star Wars wedding…who says you can’t be gorgeous and geeky!?

The gorgeous MangoRED are also the subject of my guest post on Savvy Scoop this week, so head on over there for a bit and check it out too!

Edit: Dress made by Michi Calica of Toccata 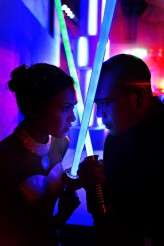 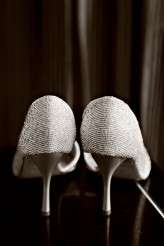 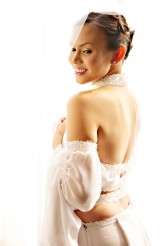 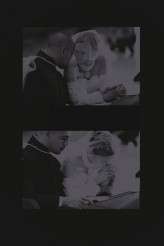 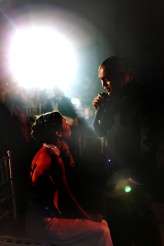 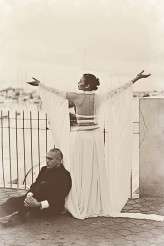 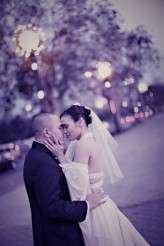 Gwenn and Dave were married on 4th May so they started their inspiration with - what else? - but Star Wars. From there, they added lots of other geeky references of the things they both love, specifically Doctor Who and Disney. The bride wore a handmade dress that she made herself, a crown which she got at a Renaissance fair, and a veil made by her mother. Her amazing boots were House of Elloit.

A Bohemian Wedding with the World’s Coolest Centrepieces

Describing your wedding to me as 'vintage tech' automatically gets my attention. But when I actually laid eyes on the Star Wars figurines and helmets, the 80's VHS', the tennis rackets, the splashes of neon paint and the 80's cassette players...all nestled nicely into the bohemian chic setting...well I might have let out a little squeal of joy. The two juxtaposing ideas shouldn't work, but they do - perfectly.