Once they chose their Dracula and Halloween theme, the only date that Jessica and Andrew wanted to have the wedding was October 31st.

“The wedding theme was ‘Dinner at Dracula’s’,” explained the bride. “I wanted to have the spookiness of Halloween mixed with the classiness of dining at with the Count. Harry Potter was also definitely part of my inspiration. I wanted long tables with tons of candles, over the top food bars, and an almost magical, other worldly experience for our guests.” 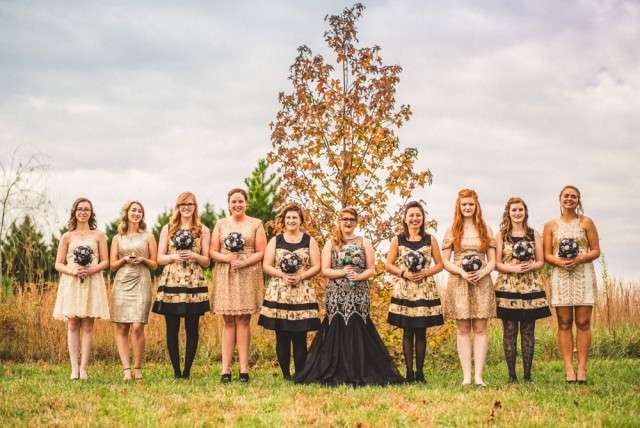 The ceremony was held outside, and was officiated by one of the bridesmaids who preformed the monologue from The Princess Bride. “The ceremony was very unique”, she continued. “Since I was wearing a black dress I knew I wanted to go down the aisle to the Darth Vader march, in which I was introduced as ‘All rise for the Imperial Lord’. Also my bridesmaid was the officiant and started her speech with ‘Mawwiage is wat bwings us together towday’ from the Princess Bride.” 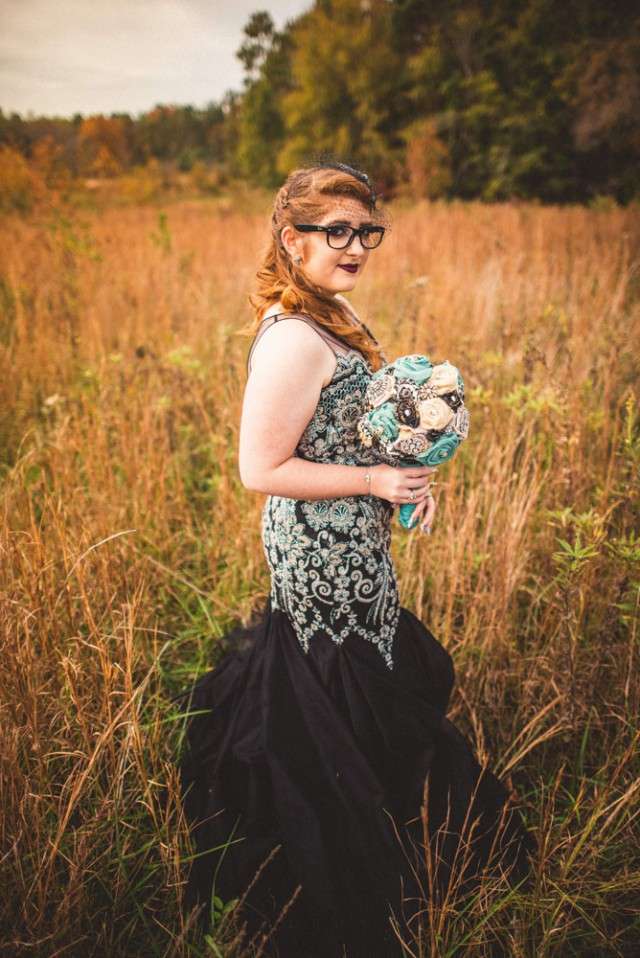 “We read our vows read more as stand up comedy about our relationship, which brought everyone in tears. We just wanted it to be fun and reflect our personalities. Finally, since I knew we wouldn’t be having a send off at the end of the night, we wanted to create a picture worthy moment and asked everyone to toss coloured oatmeal when we kissed (the item had to be biodegradable for the venue) I think the idea turned out well!” 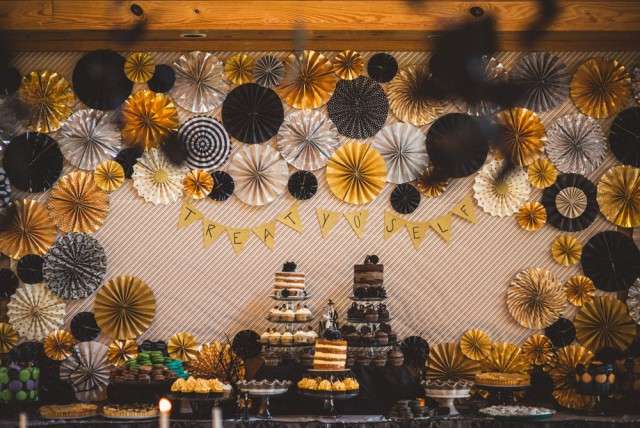 “A lot of other things made our wedding different from most. Andrew didn’t have any groomsmen but I had nine bridesmaids! For the ceremony, we split them up and had four on one side, four on the other, and my officiate bridesmaid in the middle. I also didn’t want any real flowers, the only flowers I used were those I made in the bouquets or attached to the arbour. I couldn’t justify spending all that money on something that would die, plus Andrew really wanted black roses if we used real flowers and those were expensive!”

“My advice to other couples would be to book your venue for an extra day if you can”, she concluded. “Our venue allowed us to rent it for the entire weekend, which allowed us to set up on Friday and breakdown Sunday. I can’t imagine having to do that in one day, especially without a wedding planner and all our DIY décor! It also really made things easier stress-wise.” 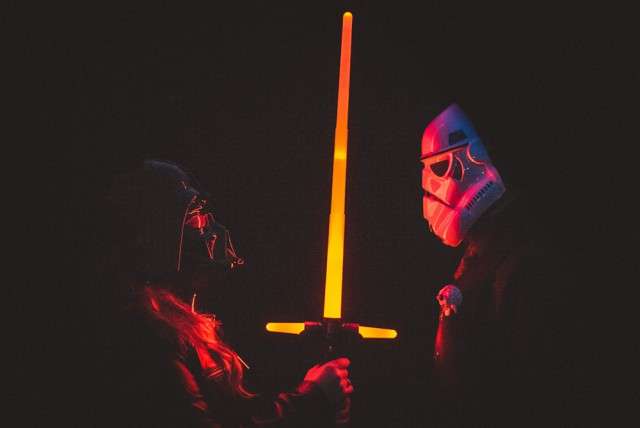 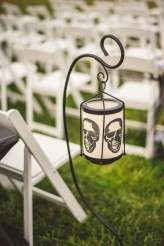 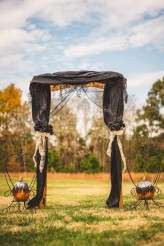 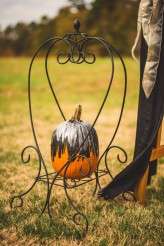 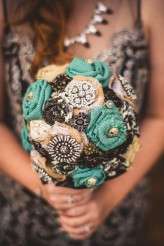 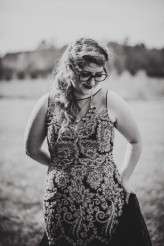 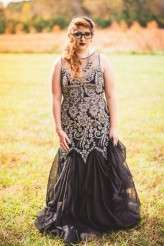 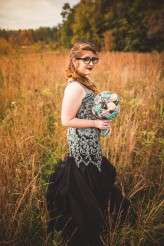 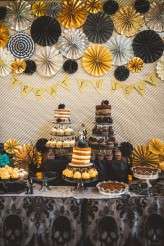 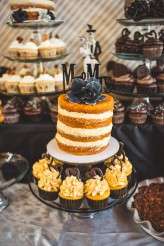 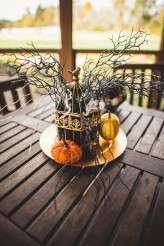 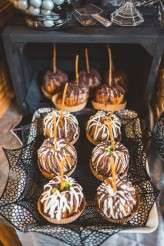 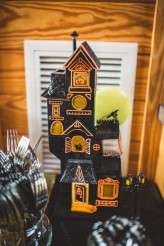 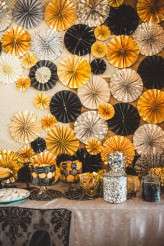 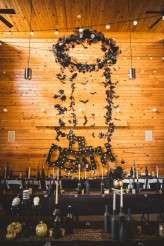 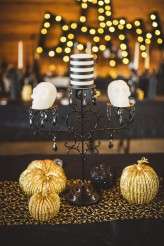 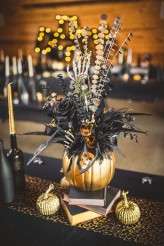 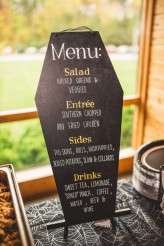