Have you seen the photographs of Marilyn Manson and Dita Von Teese’s wedding?  Even though the marriage didn’t last very long (boo) I think these are defiantly worth a post, because if you haven’t seen these you are missing out on an absolute Gothic gem!
Seriously though how many dresses did this glamorous lady have?  I absolutely want to be her.

(I’ve included the text from the Vogue article becuase I think it’s defiantly worth a read!) 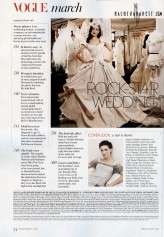 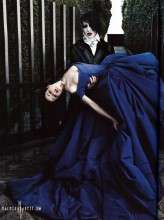 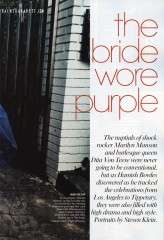 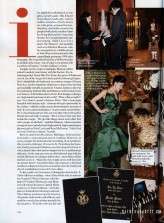 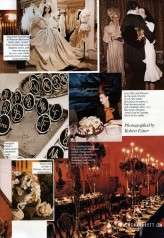 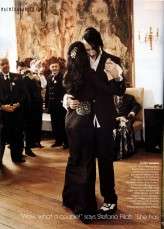 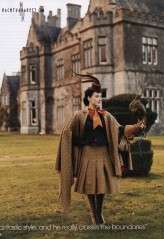 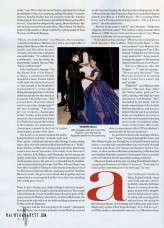 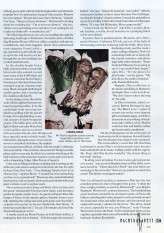 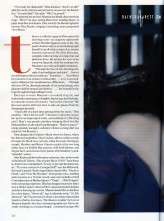 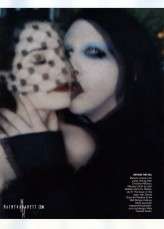 Credit: The Nachikabarett via We Heart It – Images Scanned From Vogue –

Cameron and Lizzy chose a red, white and blue colour palette for their August wedding. Starting with the bride's stunning bespoke gown and the groom's three-piece suit, it then filtering though to the hydrangeas and rose arrangements, and finally the attendant's clothes.

I don't really get that excited by celebrity weddings, but when wedding photographer Woz of Howelljones Photography emailed me and told me he'd shot the secret wedding of Nicolas Cage's son on an organic farm in Somerset, I was intrigued to say the least! The whole wedding was very low key, super intimate and shrouded in secrecy to avoid the press.

Emily and Steve wanted to incorporate lots of things they both love into their wedding. The day ended up being vintage-inspired, nautical, nerdy, cat themed!