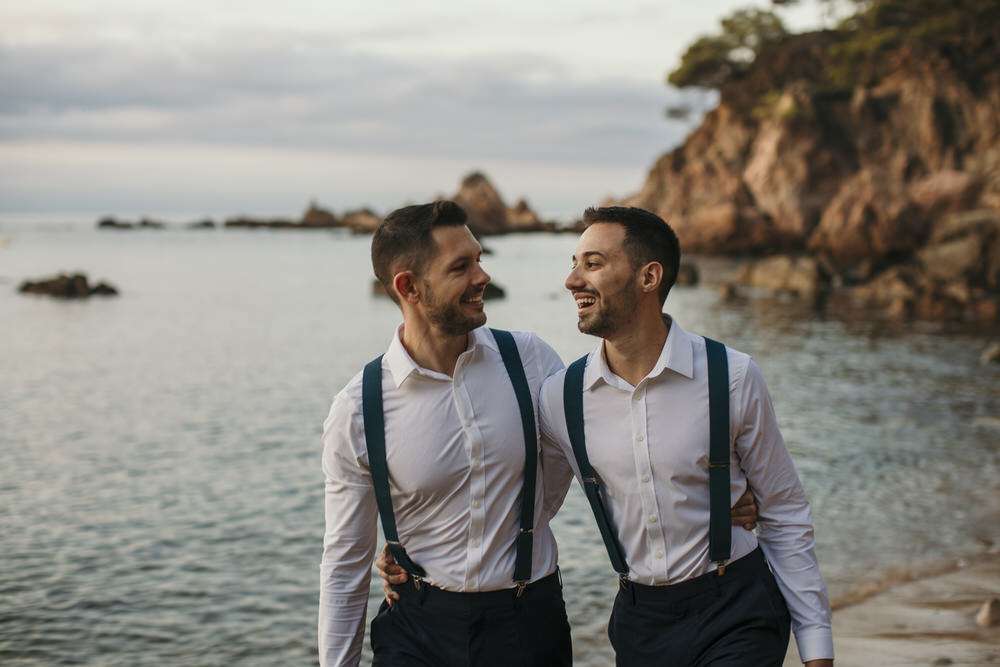 Josh and James met via an online dating app, and although lived in different cities, they made it a priority to see each other every month and Skyped every night, so their relationship blossomed. They decided to elope while on a trip to Spain in September 2018. 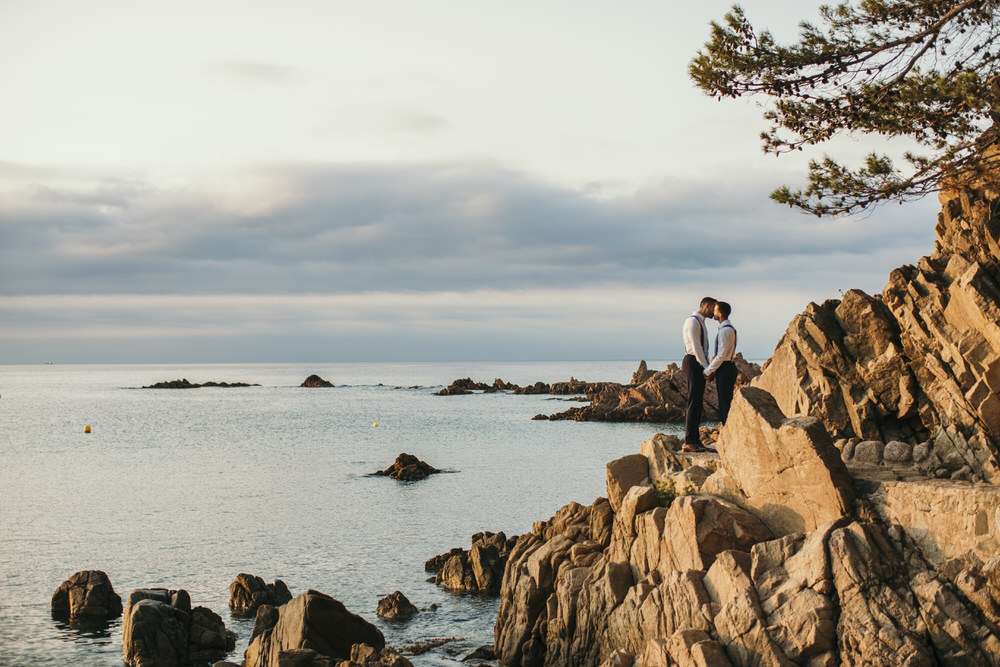 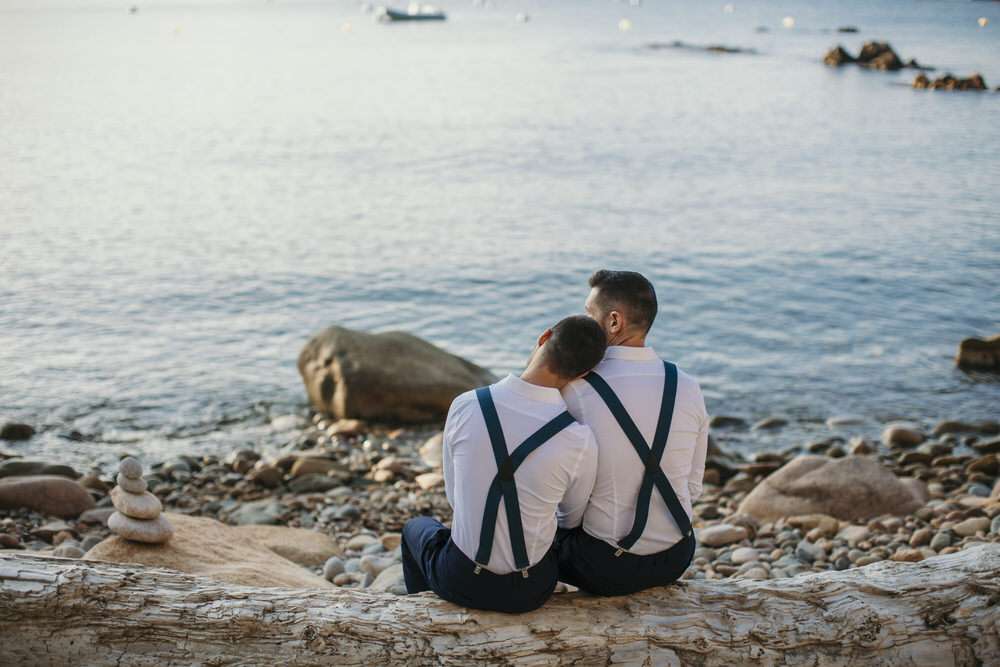 With their shared love of the ocean, they began searching for the perfect location via Google, stumbling upon Esculls de Canyet on the Costa Brava and were immediately in love. “We were blown away,” said the couple.  “We thought it wasn’t real at first and both knew immediately this was the place we wanted to start our lives together. We were inspired by the rustic and rugged coastline on the Costa Brava, and we wanted to keep a somewhat formal beach theme.” 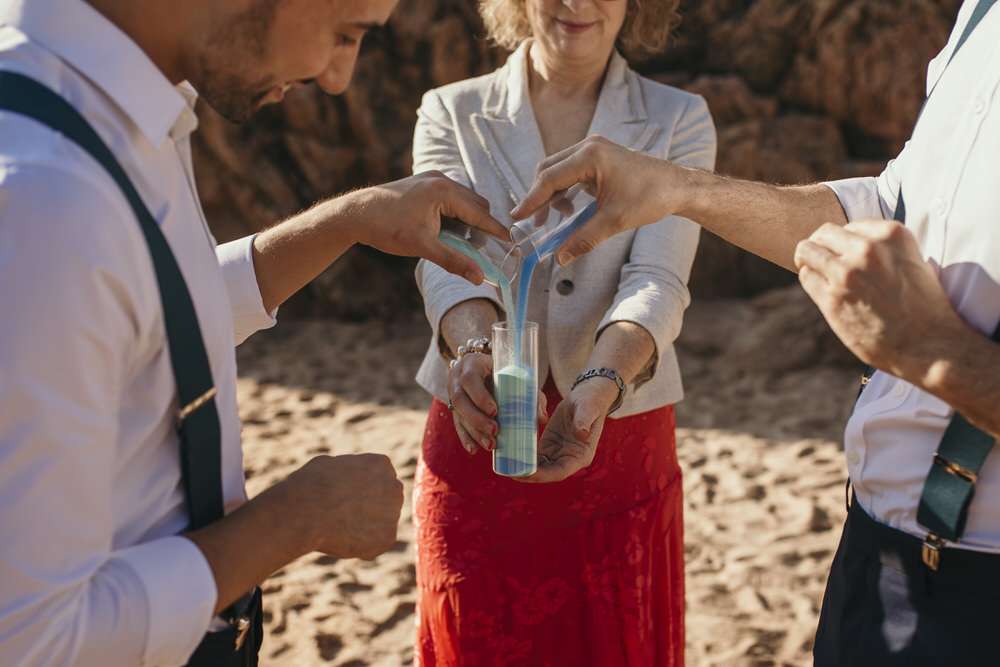 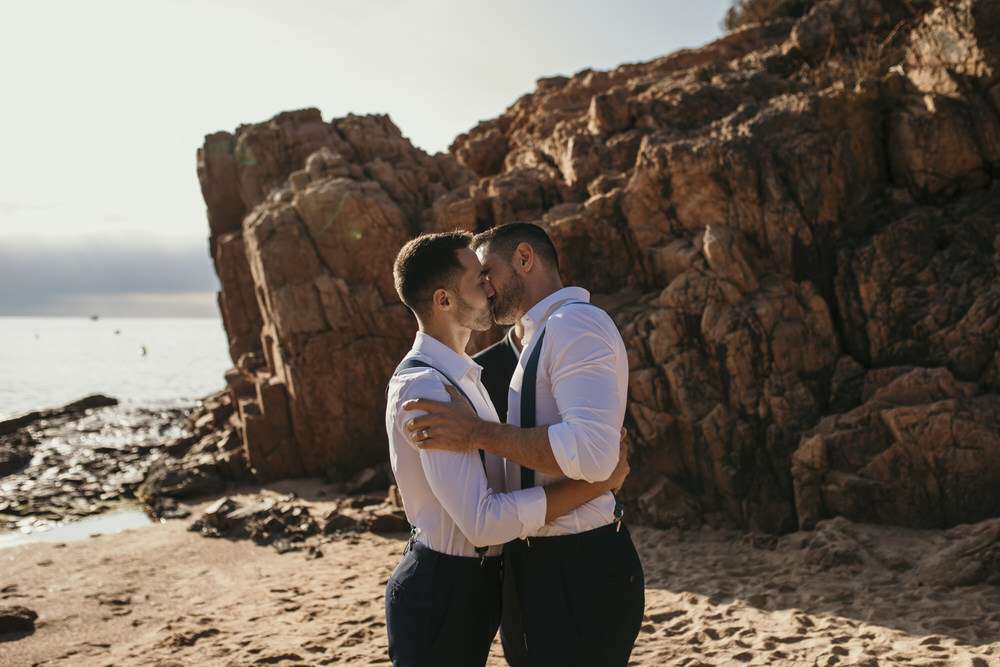 They planned their wedding very quickly, and the majority of their $2500 budget was spent on flights and their photographers, who not only captured their day for all the rest of their friends and family to be able to witness, also acted as makeshift wedding planners! “We couldn’t have pulled it off without all their help. We both wanted amazing pictures to look back on, and they did not disappoint!” 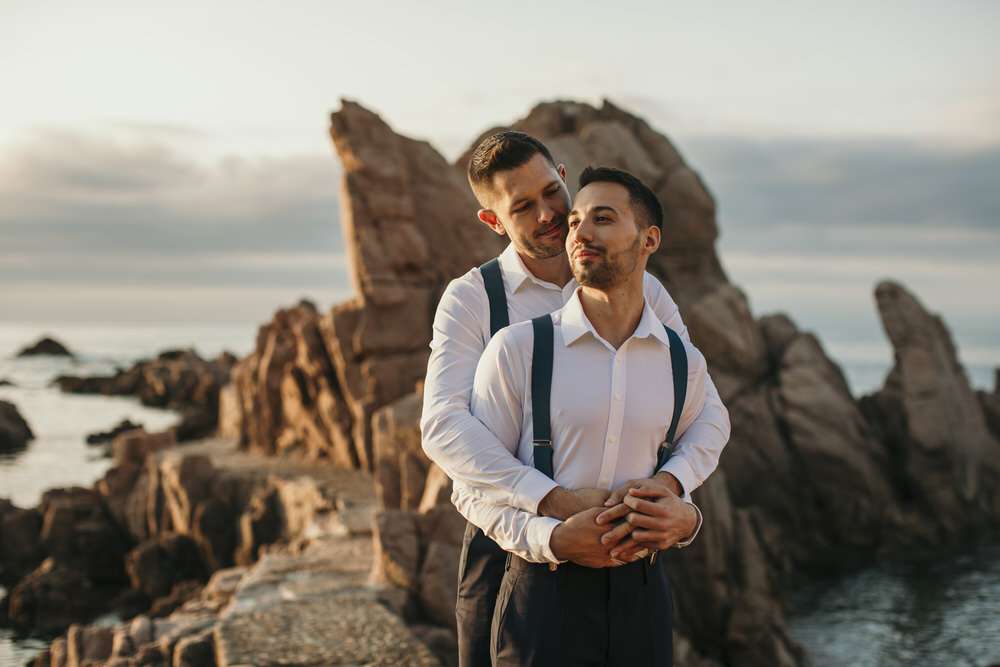 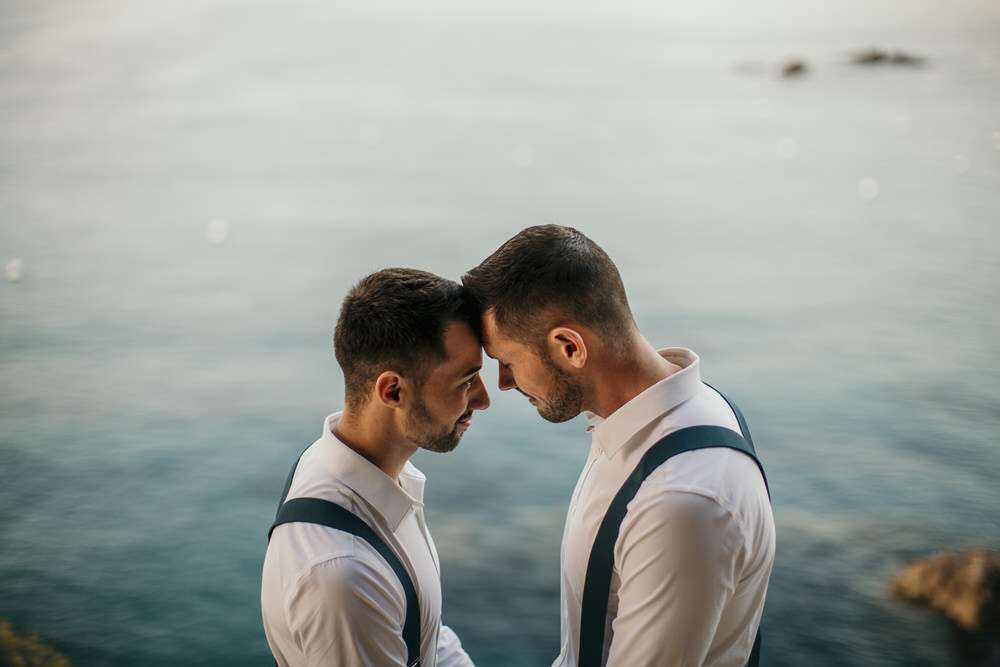 After a long morning of getting ready and driving to the beach they arrived in the early morning just as the sun started to rise above the Mediterranean sea. “We were once again blown away,” they said, “as the beach was even more amazing than we had thought. We planned to meet our photographers for the first time there to take pictures before the wedding. After finding and meeting our photographers and scoping out the different areas of the beach we instantly clicked and we able to get started taking pictures right away. They made it fun and memorable, and were such a blast to work with.” 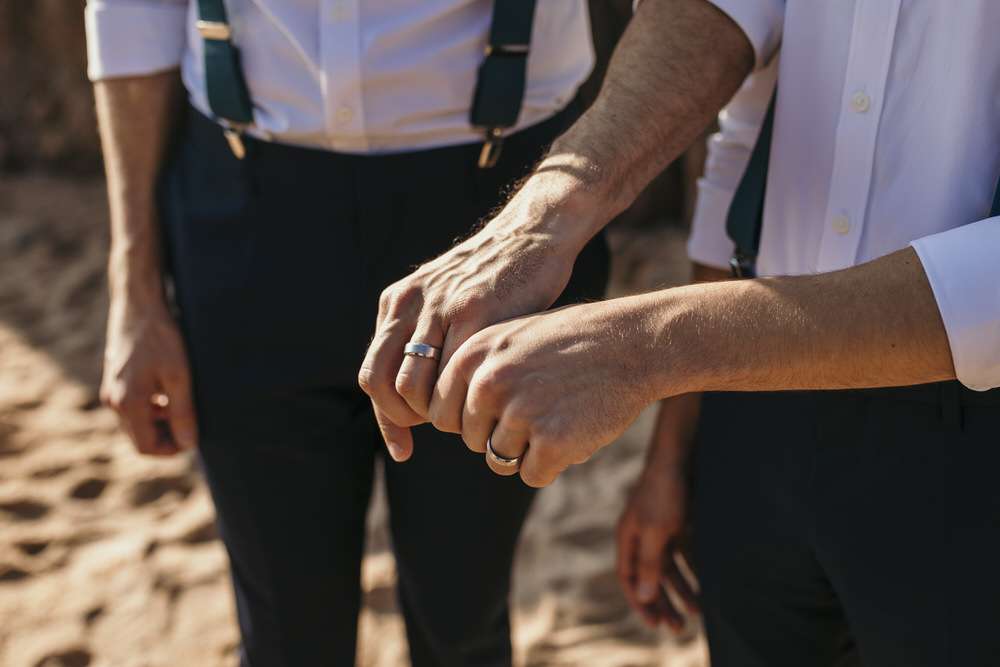 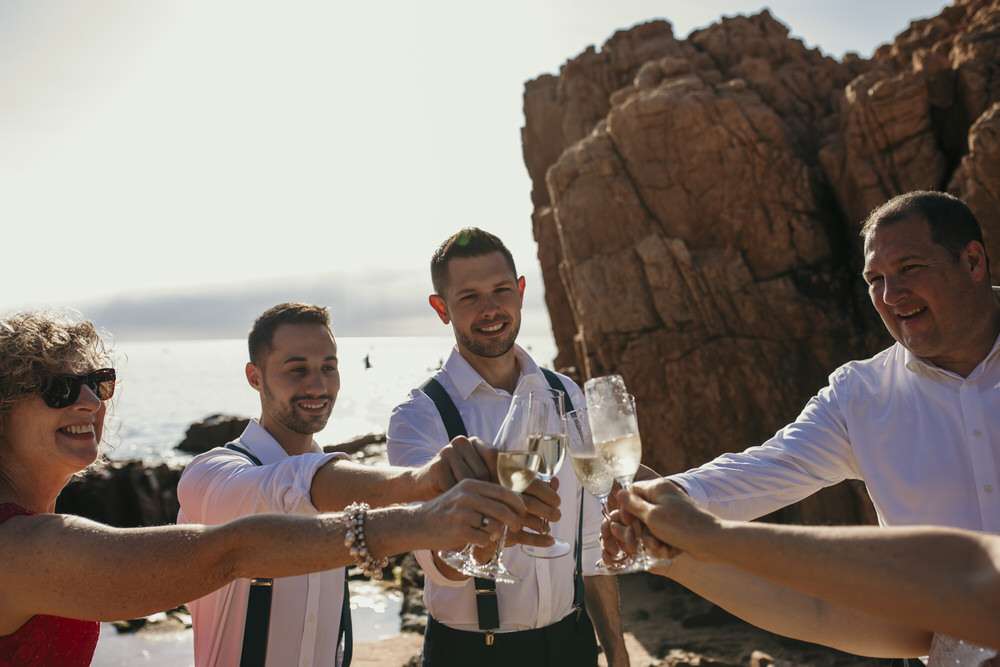 “After climbing rocks and walking over ocean bridges, we finished up with pictures and moved to the beach side for our ceremony. Our friends arrived just on time for the ceremony as planned. During the ceremony, our friend who officiated the ceremony brought two jars of sand each symbolising our lives separately. We then each poured our jars together into a bigger jar symbolising our new-shared life together. It was a great moment at the end of our ceremony that neither of us knew was going to happen and tied well into our beach theme.”

After the ceremony, the wedding party moved to a random local restaurant the celebrate. “It was something we both assumed we’d figure out, but when the big day came we still hadn’t quite nailed down a location. We were very lucky to find a great restaurant overlooking the beach where we got married and had a good laugh about how everything worked out perfectly.” 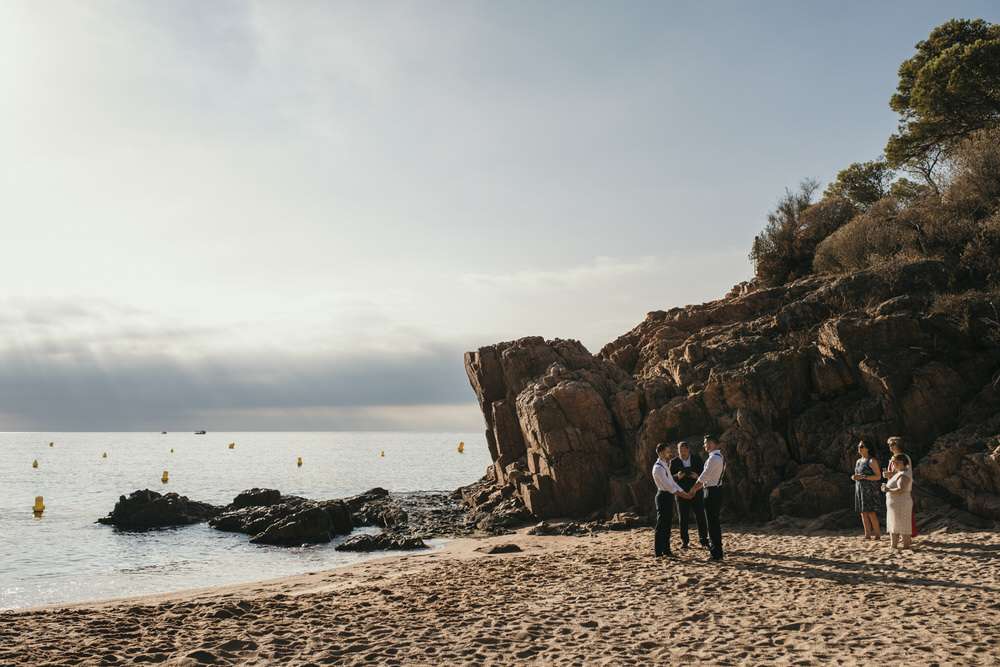 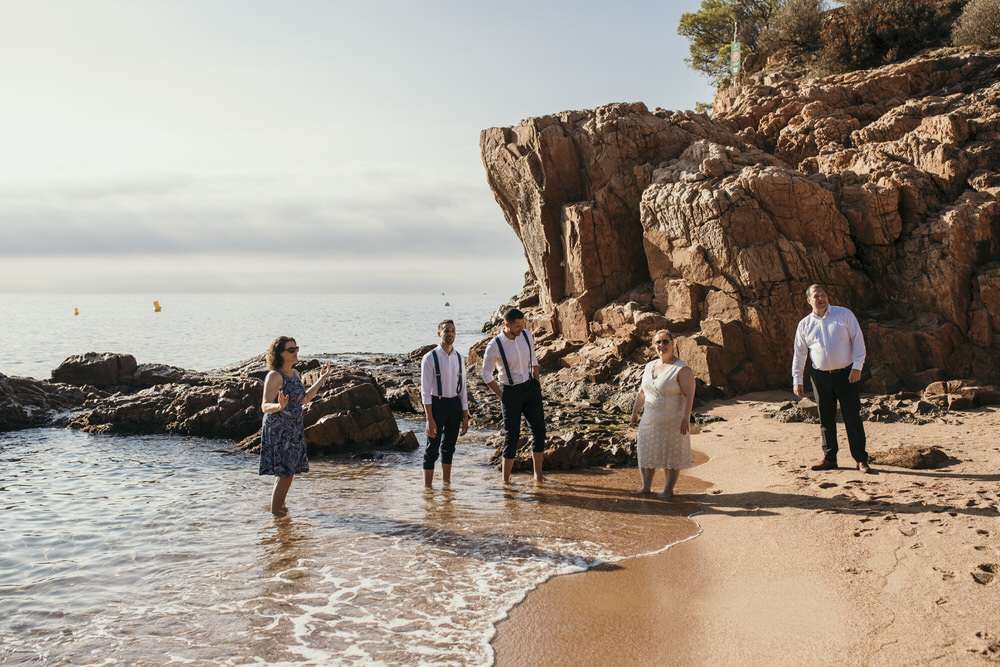 Despite luck being on their side and their laid back nature, Josh and James did find some aspects of planning an elopement hard. “I think the hardest part was planning such a big event halfway across the world having never seen the beach we were getting married at. We both were optimistic, but also we were a bit terrified in the back of our minds that the location wouldn’t be as great as we though it was.” 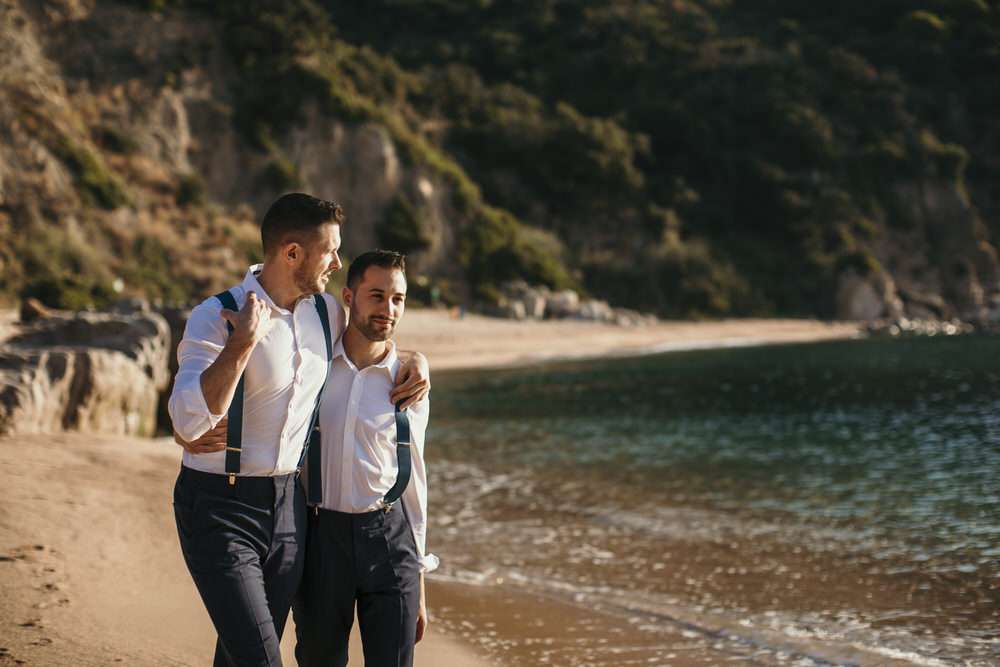 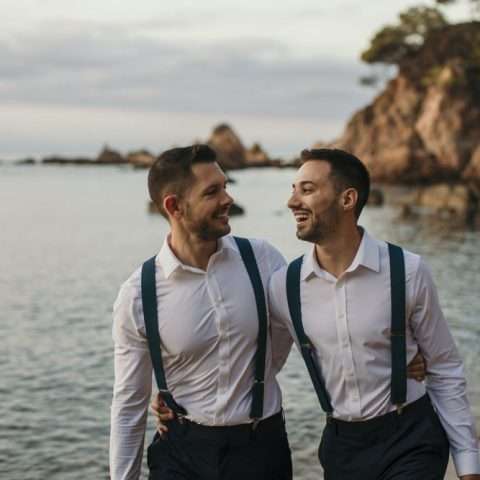 Over the past few weeks I've been interviewed by three major media outlets about the rise of low key weddings (Grazia, The Daily Mail and the BBC). A number of celebrities have recently tied the knot in uncharacteristically understated ways (Keira being the latest) which has prompted the mainstream media interest, but as any Rock n Roll bride will know this is really nothing new. Planning your wedding in your own way has been something I've championed ever since this blog began waaaay back in 2007 and I'm honoured to have featured so many beautiful, small and honest weddings over the years. Of course I am thrilled that the mainstream are finally starting to sit up and take notice though - catch up guys!

As we kick of 2020, I'm not sure I can think of a more perfect feature than this roaring 1920s themed vow renewal! And OMG is she a beauty! We feature quite a few vow renewals, but not often those of LGBTQ couples, so I was super excited to hear all about Kaitlin and Stephanie's love story. The day began life as a styled shoot, but they decided to renew their vows for real. They were married in Paris originally so wanted nods to this throughout too.

The glorious wedding of Val and Jones was held at Vinyols Camps in Spain. They wanted the day to be relaxed, fun and full of details that were personal to them. Val carried a 'bouquet' of broccoli instead of flowers because she is a huge advocate for sustainability and minimalism, and they drank tea as part of their ceremony because they both love it!