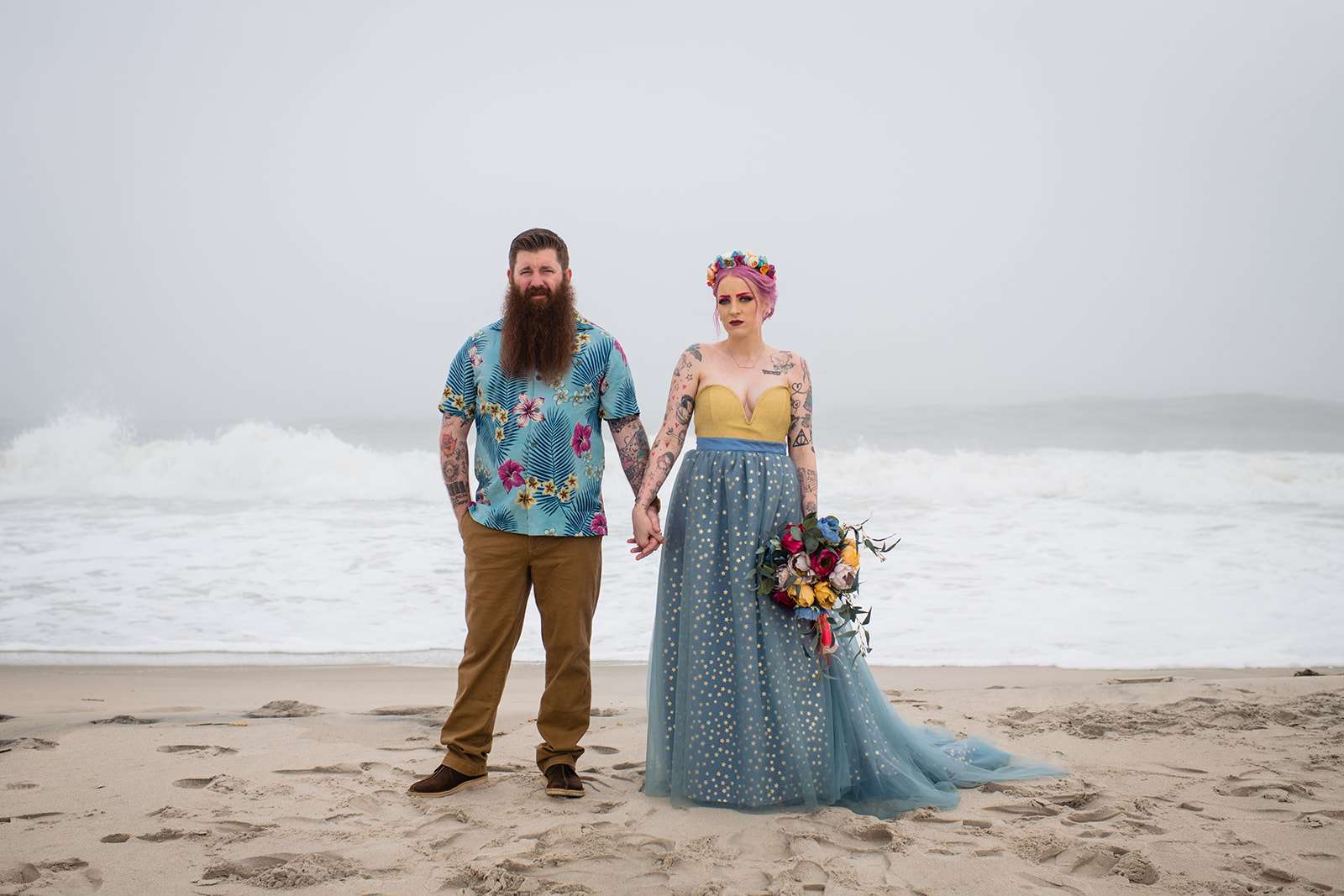 If you’re a lover of colourful weddings then baby you are going to flip your lid over Catie and Joe’s big day… especially the bride’s incredible outfit! Pink brows to match her hair? Hell yeah! we have so much love for this! They were married in April in New Jersey. They wanted a wedding that celebrated them but also included their daughter, Annabelle (Catie even held her in a sling during their vows – so sweet!) 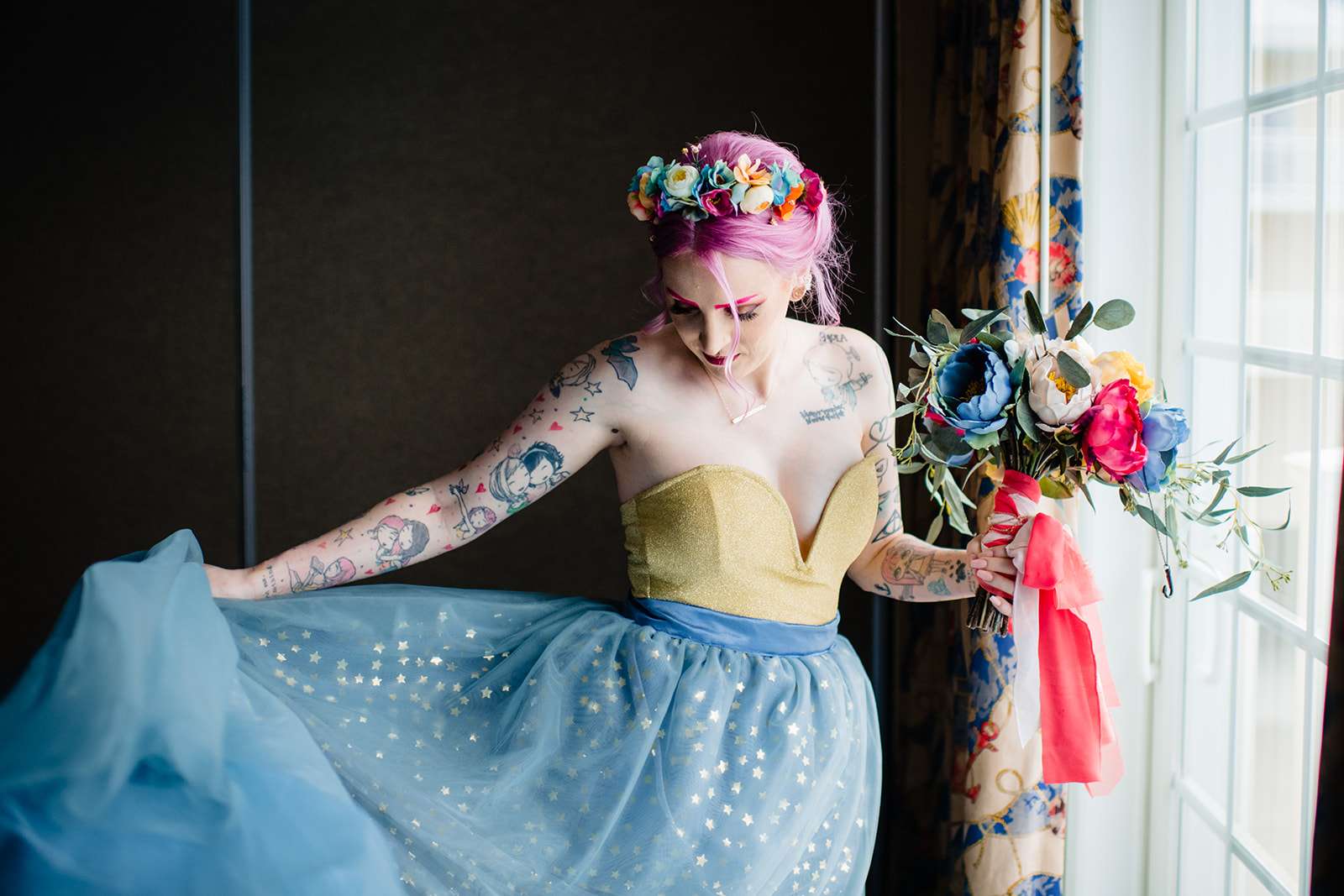 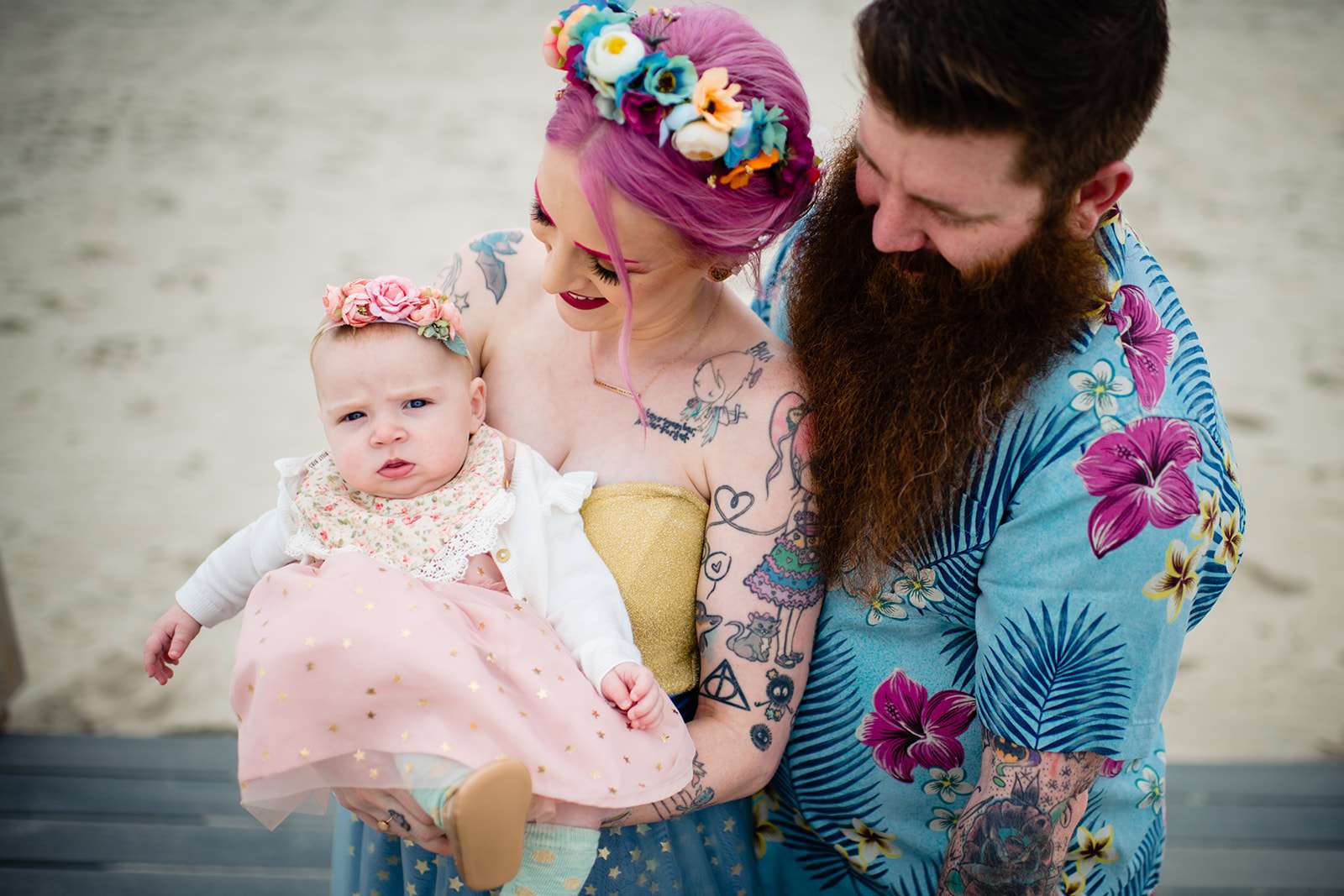 The couple met when they were teenagers, through mutual friends, and although Catie says she fell in love with Joe instantly, they didn’t actually make it official for seven years! “The inspiration for our wedding was our relationship”, she explains. “As cheesy and cliche as that sounds. we wanted the day to be 100% us. We didn’t want typical wedding themes and ideas, because that isn’t us.” 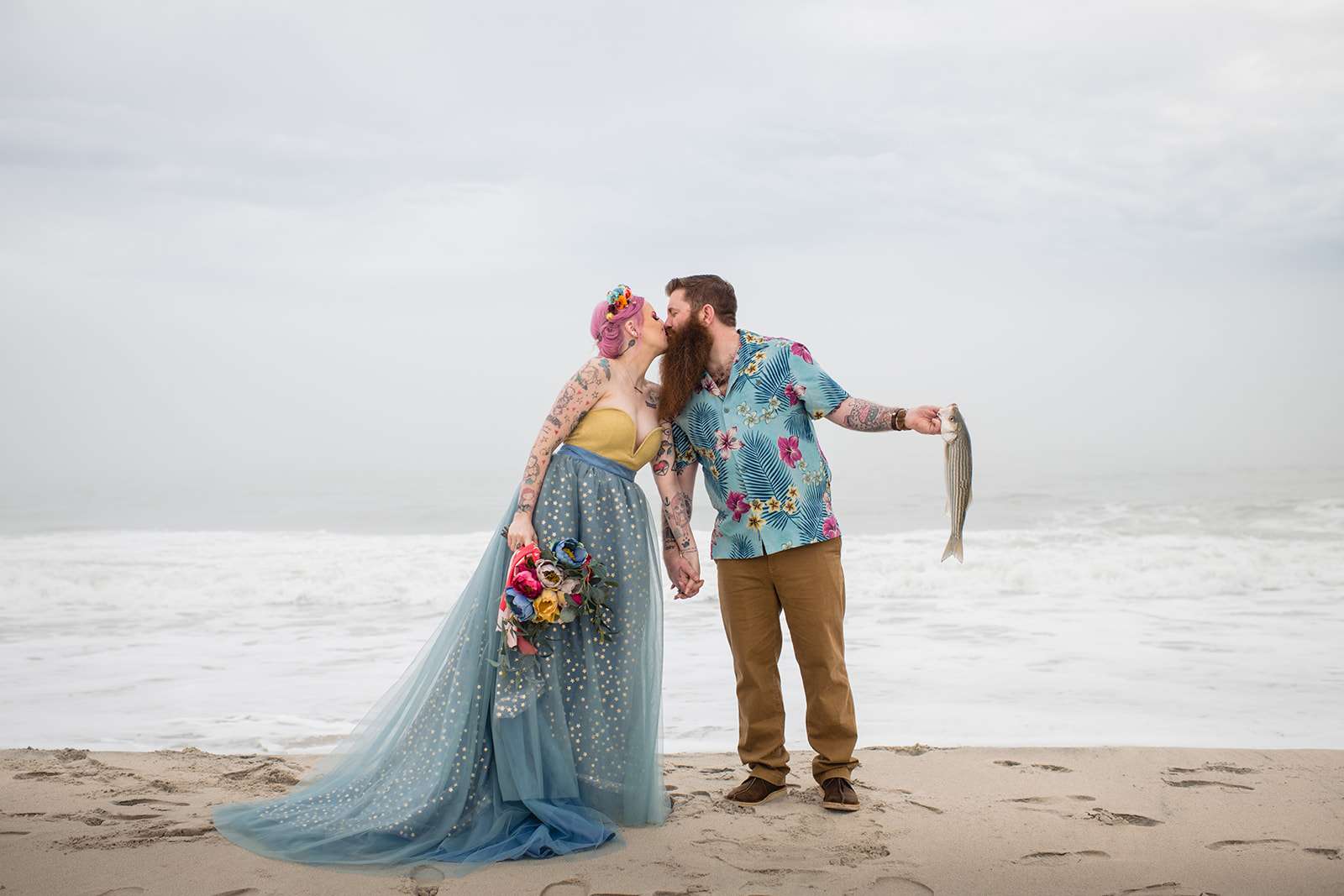 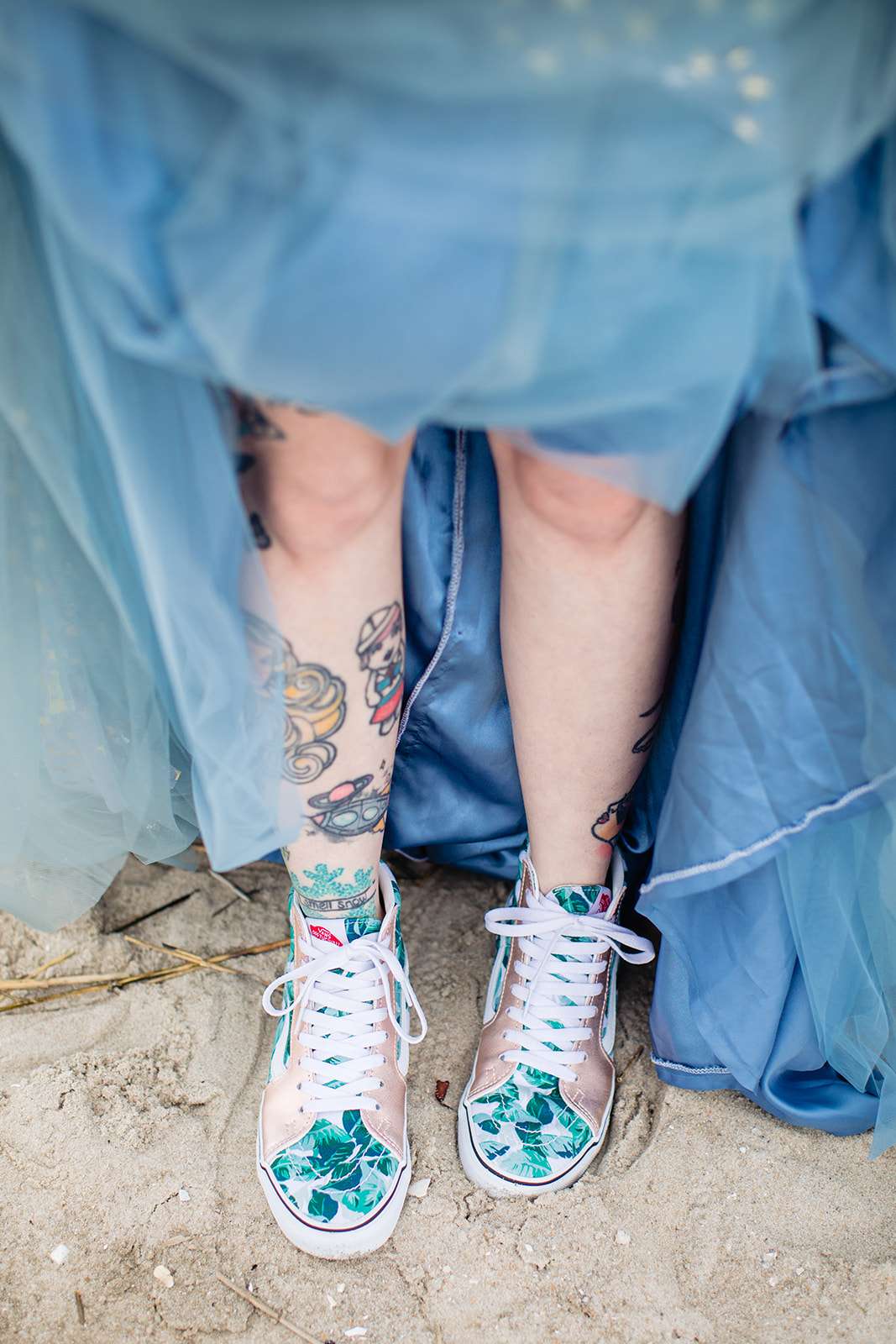 There was no theme other than just picking things that they liked and so much was homemade – from the stationery to the decorations, the signs, the ceremony arch,  the centrepieces and even Catie’s dress. it was made up of a simple tulle skirt (from Etsy) which she and a friend then customised by adding the gold stars. They also made her matching gold top. Her flower crown was found on Amazon and as comfort was key, her shoes were Vans. 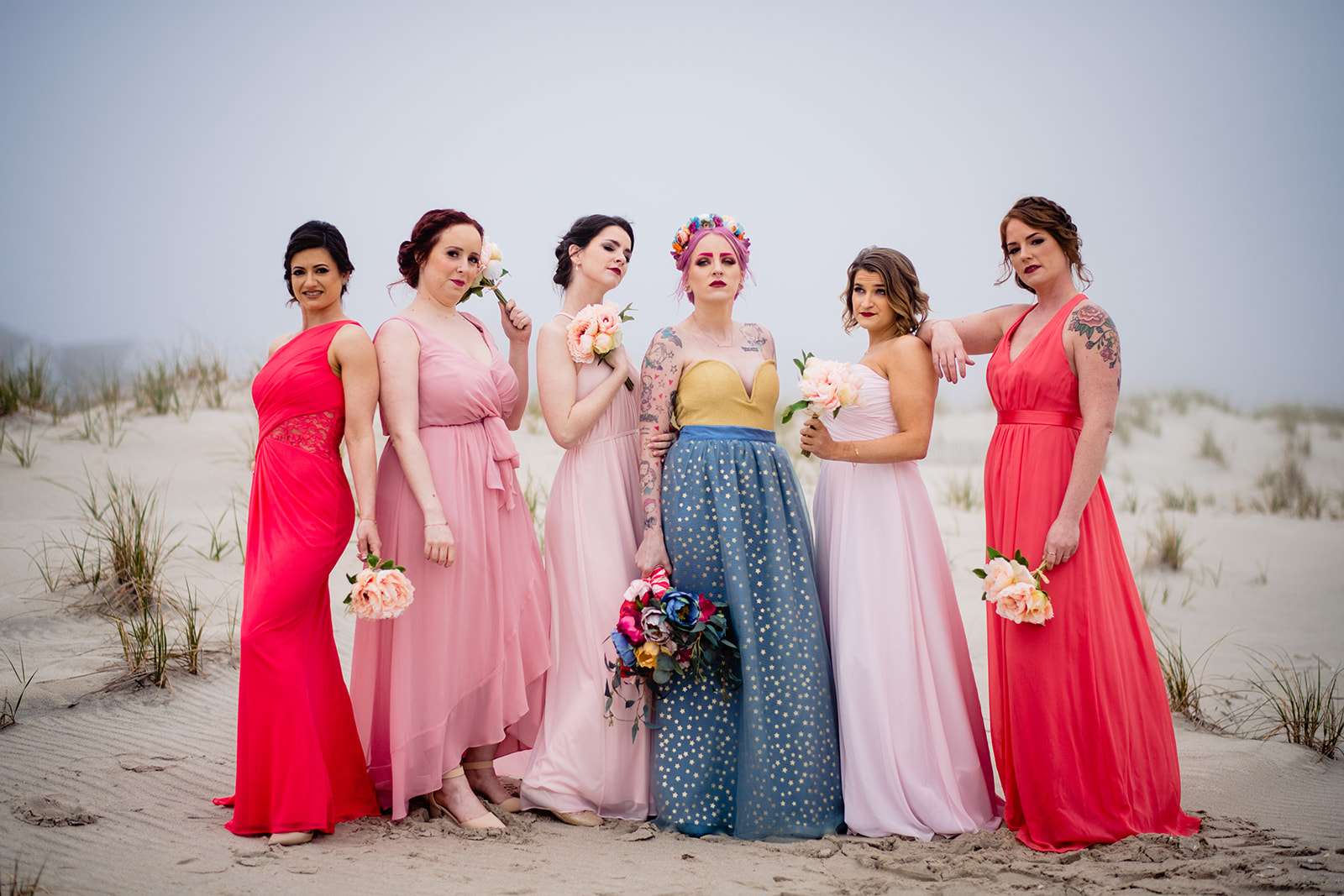 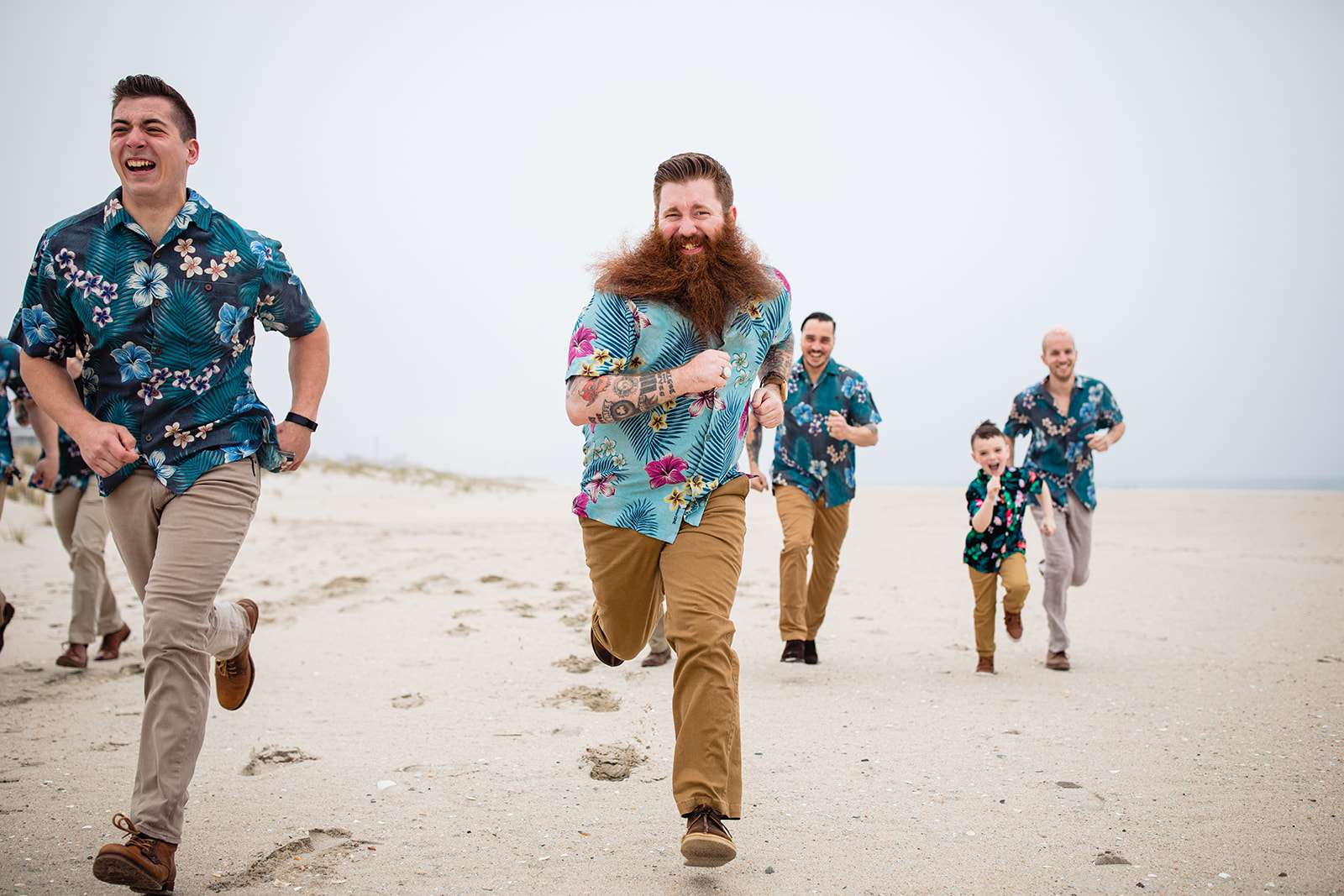 “The guys were dressed down in Hawaiian shirts and our dress code was casual (with Hawaiian shirts encouraged). My girls all wore different dresses in different colours and my dress was blue and gold. I wore our baby down the aisle in a ring sling, we didn’t have a cake, we didn’t do any of the typical wedding tosses. Joe changed into a custom Phillies jersey for the reception and we had a coffee bar and a cigar bar. Our wedding was also a dry wedding. I’m straightedge and Joe is in recovery, as was 90% of our guest list. Everyone still had an amazingly fun time – we had to ask the venue coordinator to turn on the lights at the end of the night so people would take the hint and leave!” 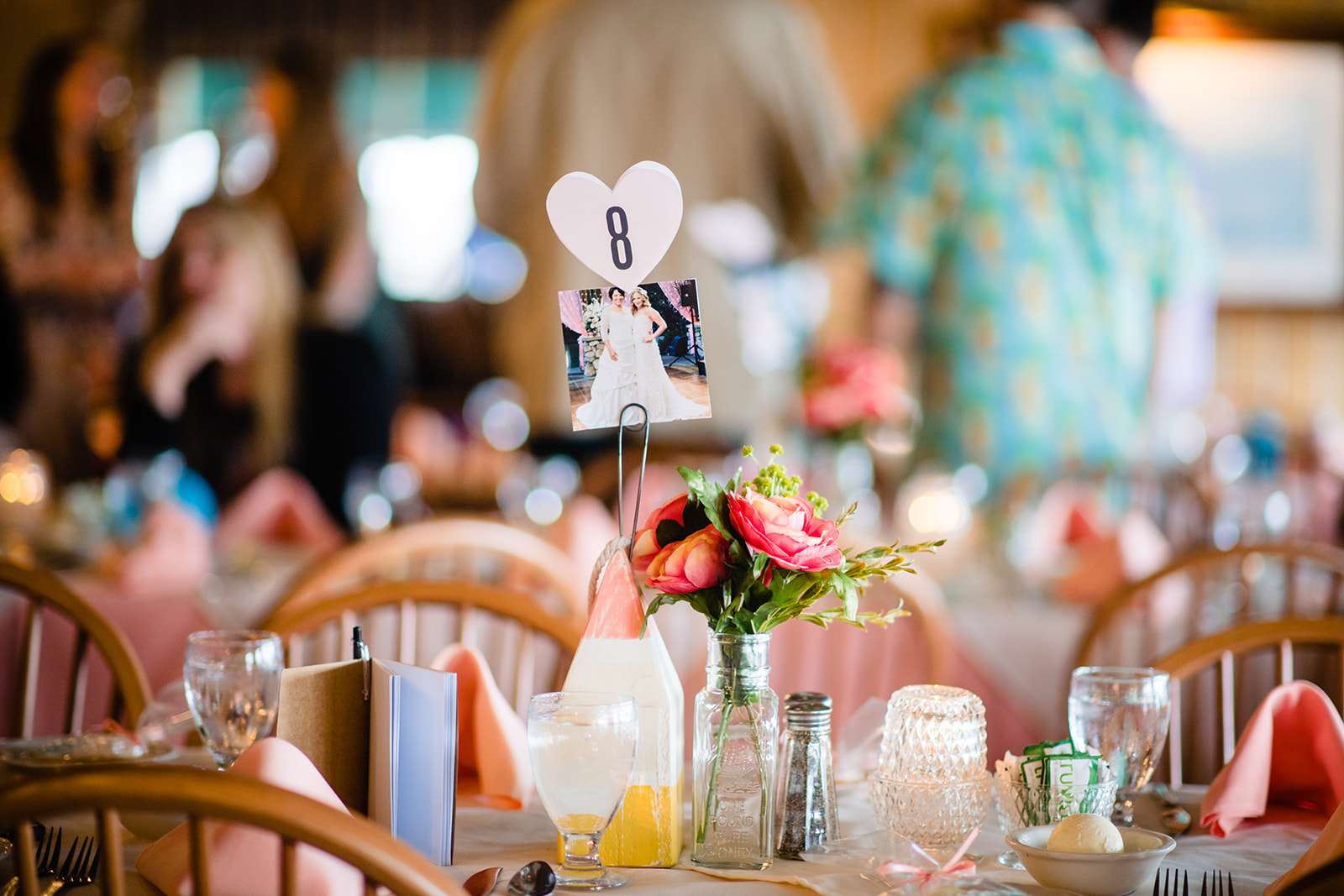 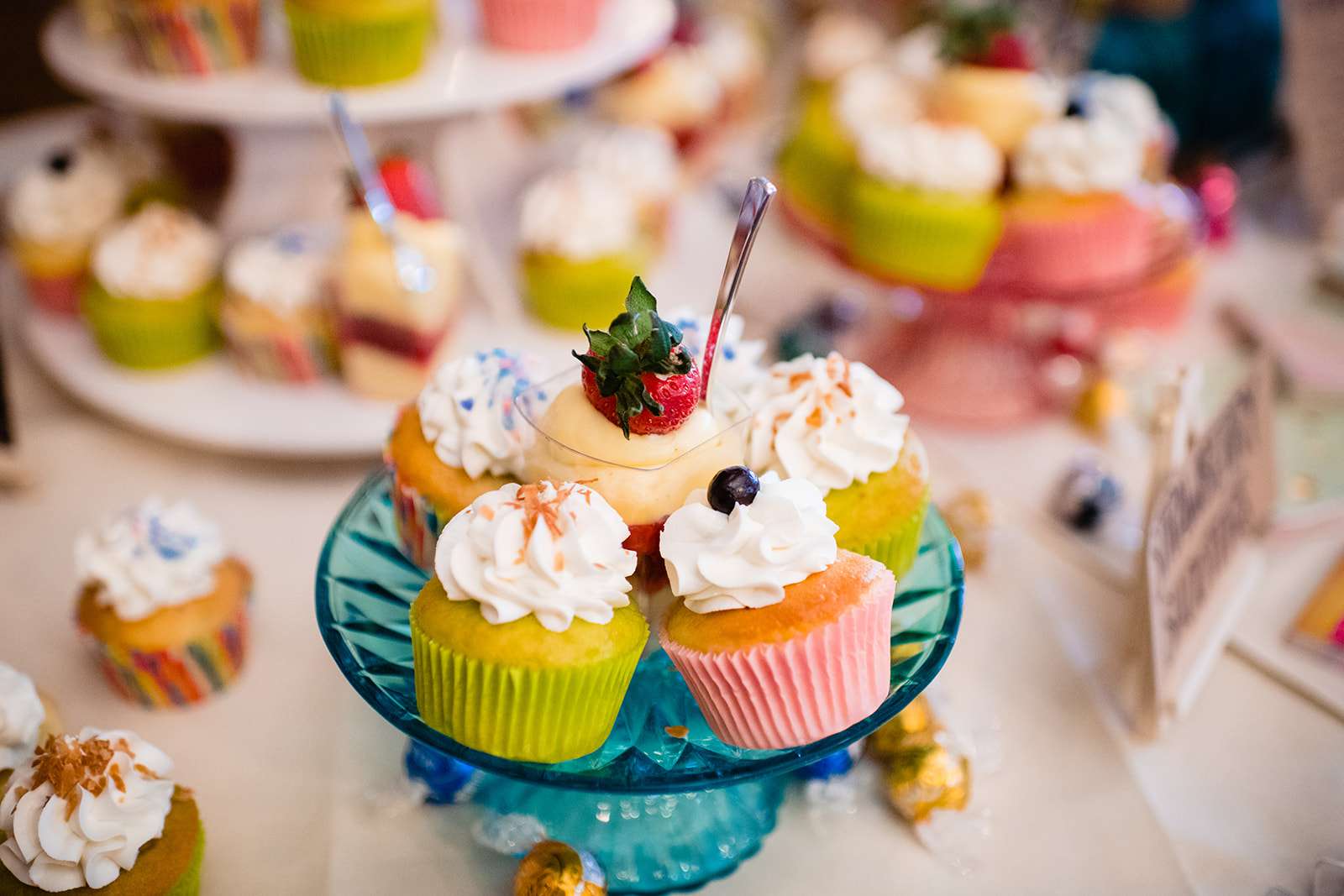 They were so happy to do their wedding their way, although at times it was tricky with other people giving them lots of opinions on how they ‘should’ do things. “I wish we were more prepared for hearing all the bullshit opinions we would hear from people who’s opinions didn’t matter!” she said. 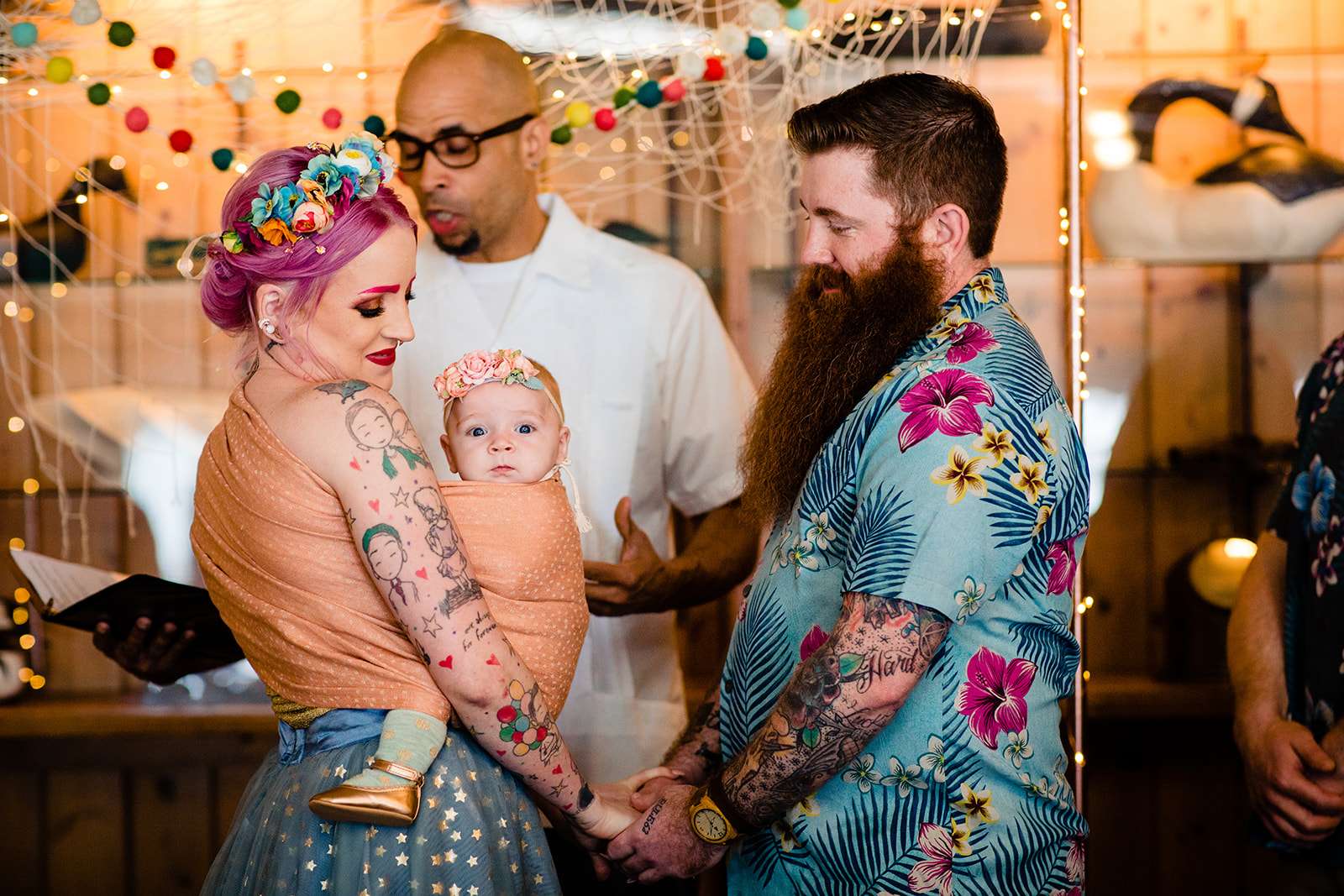 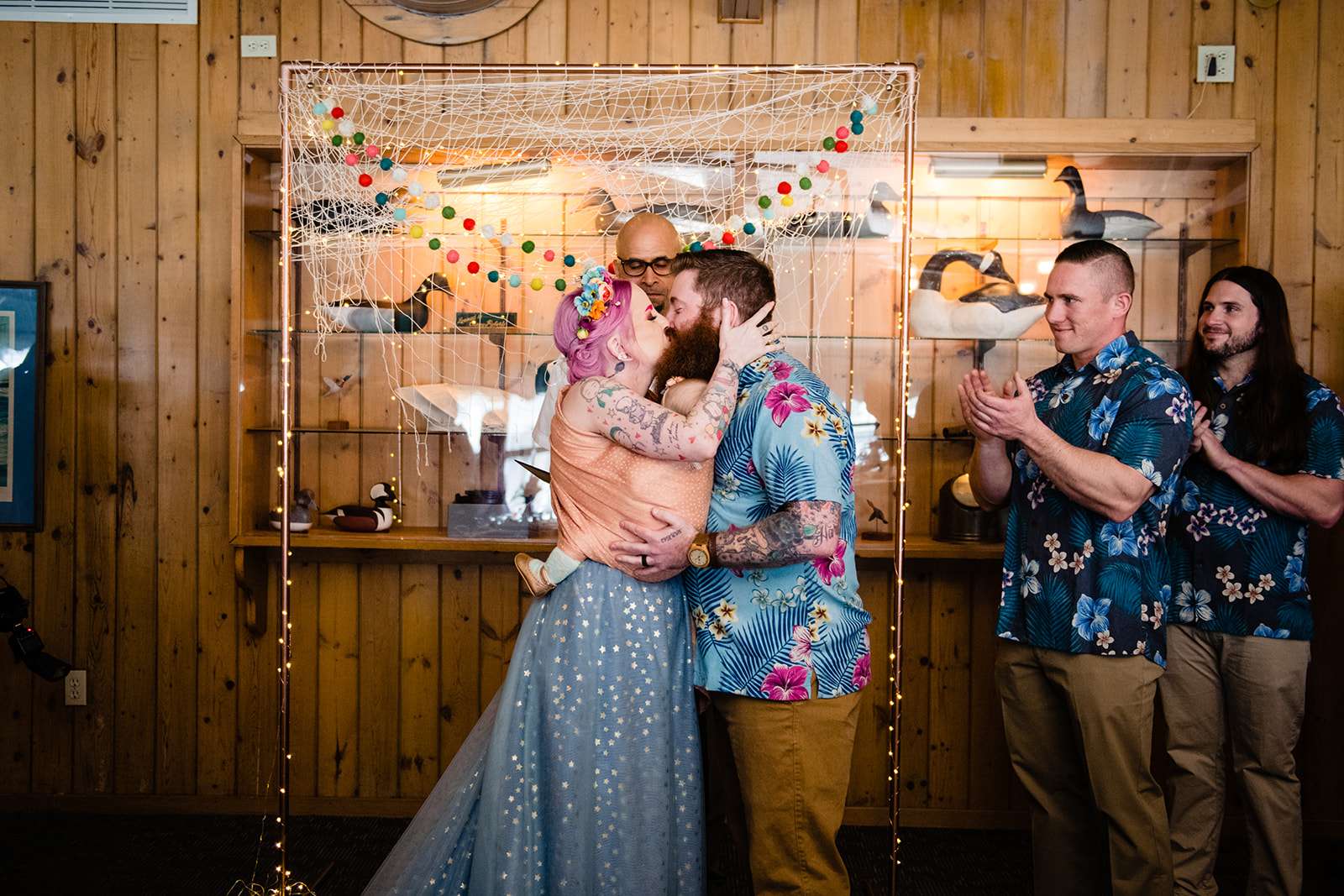 “The best thing about planning our wedding was the fact that Joe actually wanted to be a part of the planning. I’d always hear girls complain that their fiancé didn’t want to help, and that they don’t care about their opinion anyway, but I wanted Joe to have a say in all of it – I wanted to know what he wanted. And honestly, most of the ideas were his, I was just the one to execute them!” 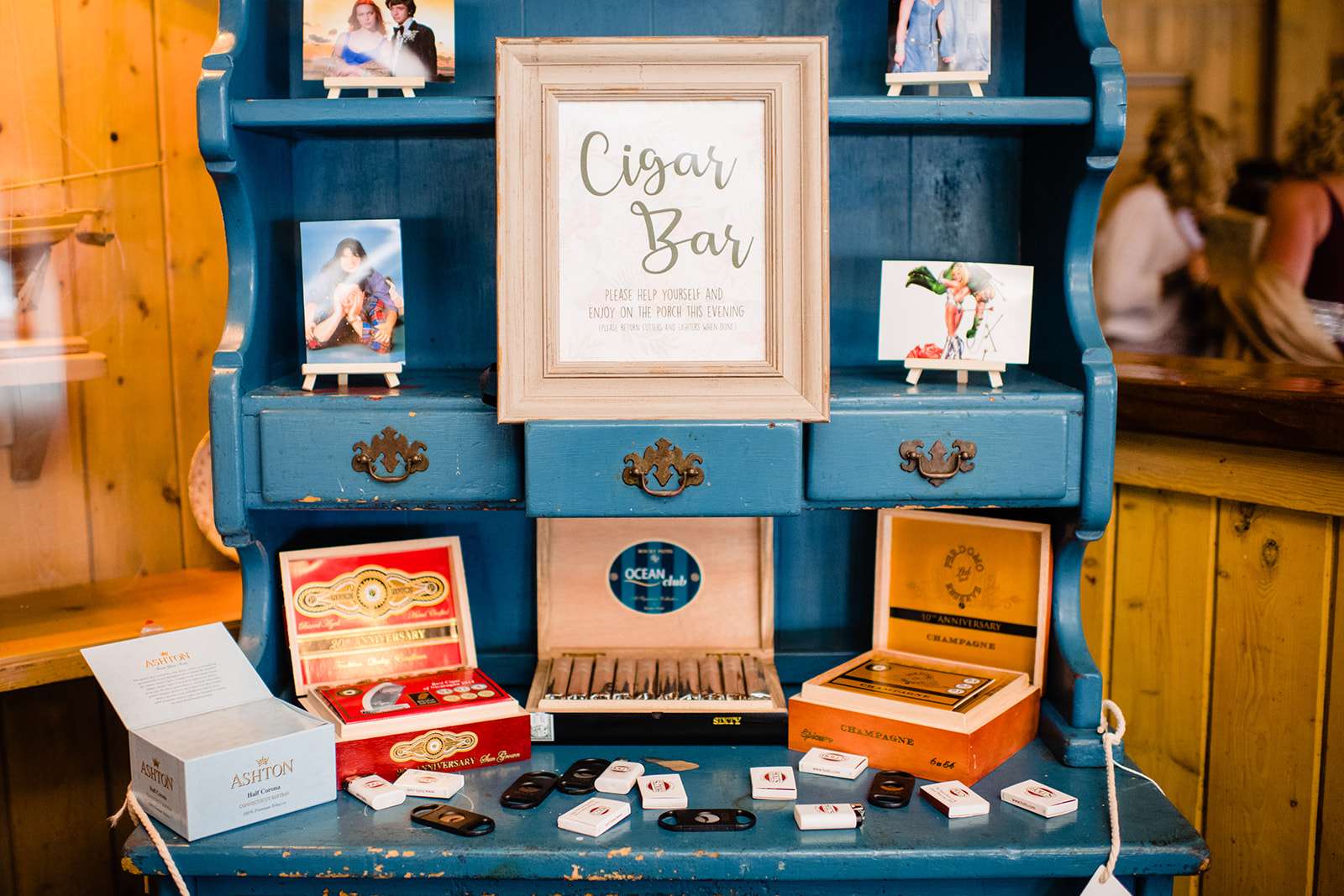 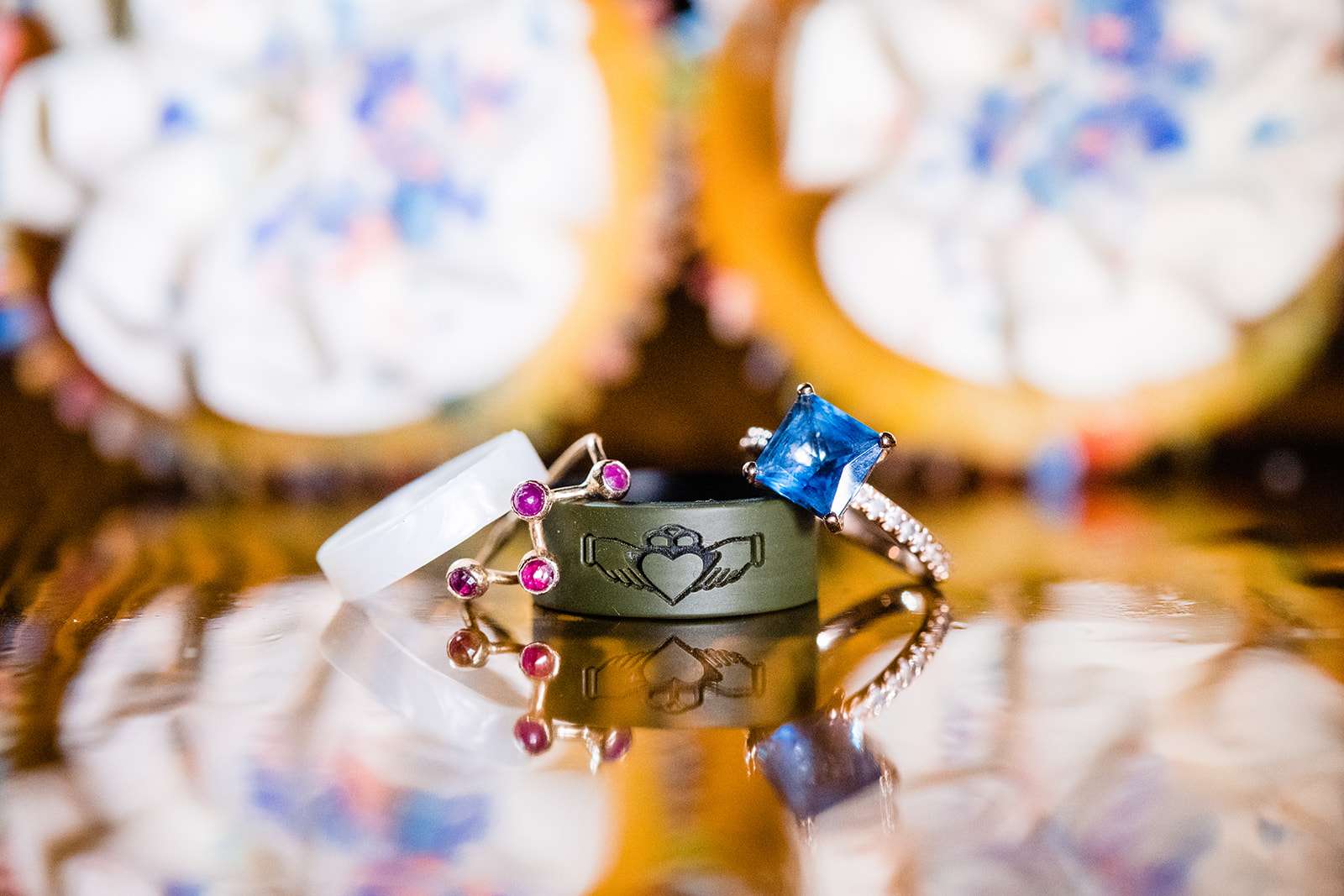 “Our advice to other couples would be to just do what YOU guys want”, she concluded. “No one else gets to plan your day, even if they are helping you financially. Your wedding isn’t for anyone but YOU. I wish more people would realise this. too many couples do things because they think they have to, or because other people tell them they should, or because ‘Well they gave us a big chunk of money for this’ and that makes me sad. Also, you can have an amazing wedding on a small budget. It seems hard, and it seems scary. and truth be told, it’s both of those things, but it’s possible. We spent $10,000 and it was so worth it!” 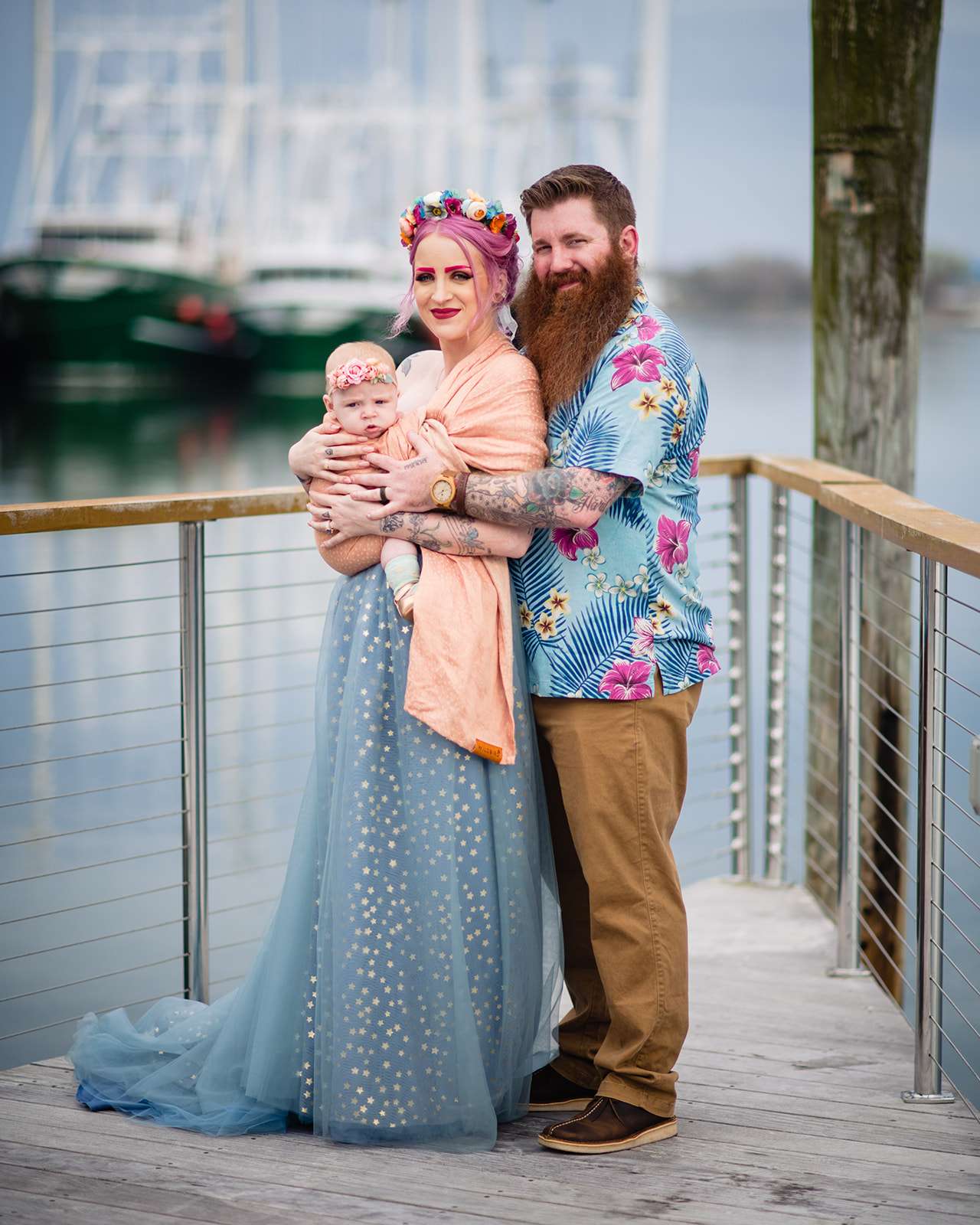 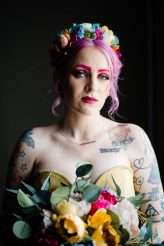 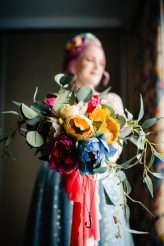 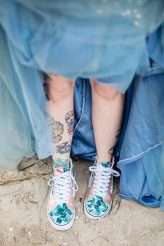 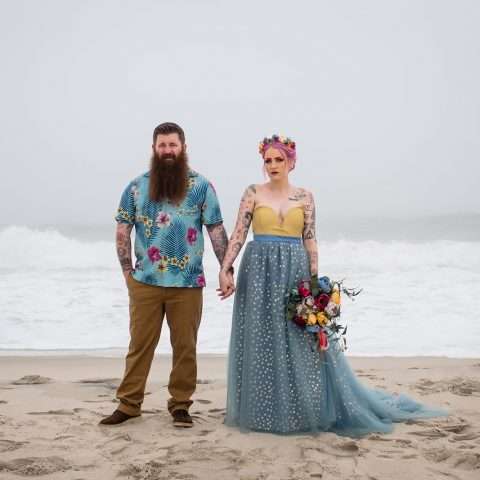 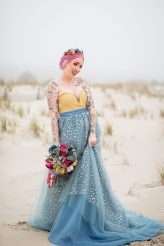 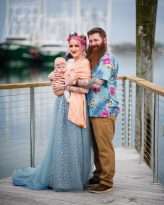