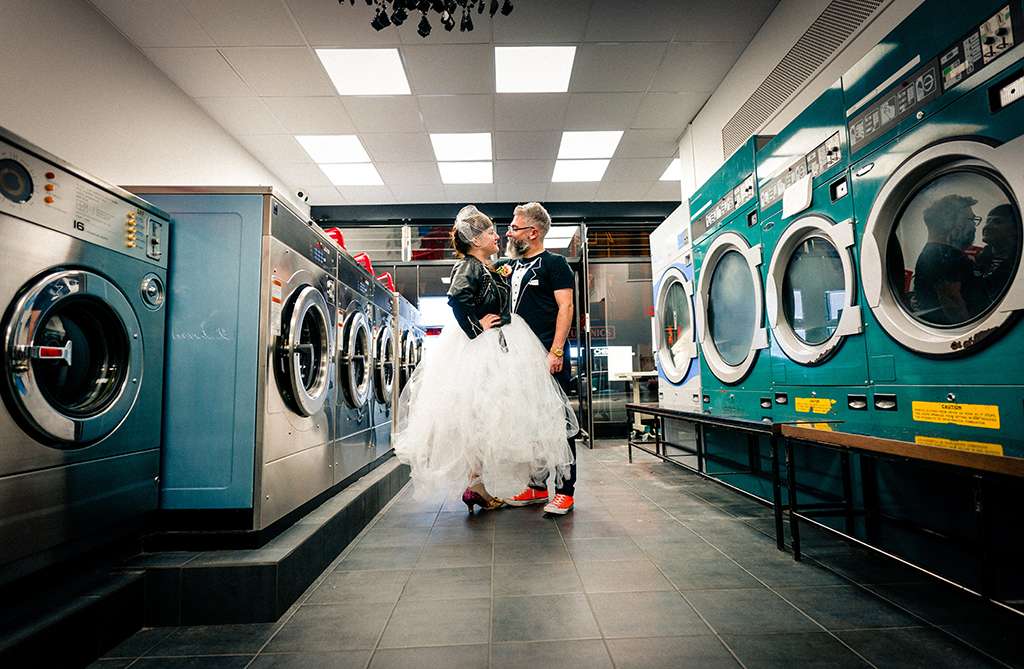 Carrie and Neil were introduced on Twitter by a mutual friend, and quickly bonded over their love of gin and drag. When it came to planning their wedding, the couple wanted the day to be laid back and relaxed, but also outlandish and fun – just like them! 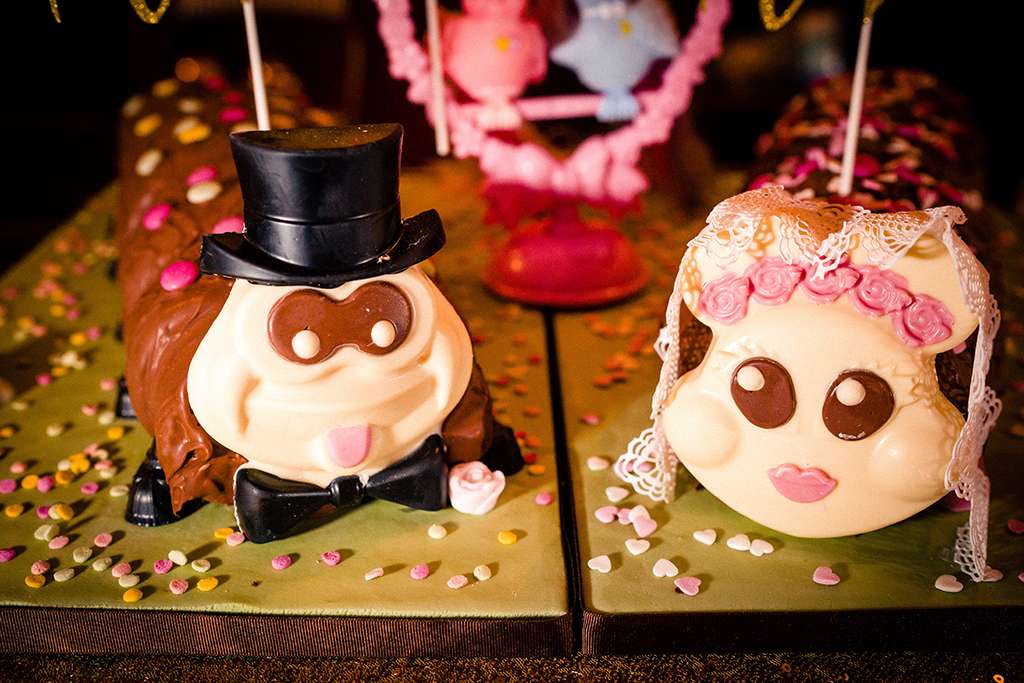 They splashed their cash on the things that mattered most to them, like the entertainment, food and booze, and abandoned or adapted traditions that didn’t suit them. Their flowers were all silk – mainly from Ikea, with the bride’s bouquet from TK Maxx. They had Colin and Connie Caterpillar wedding cakes from M&S and instead of hiring a fancy wedding car, the wedding party hopped on the bus to the venue! This not only saved them hundreds of pounds, but also allowing them to stop for a cheeky pint on the way. 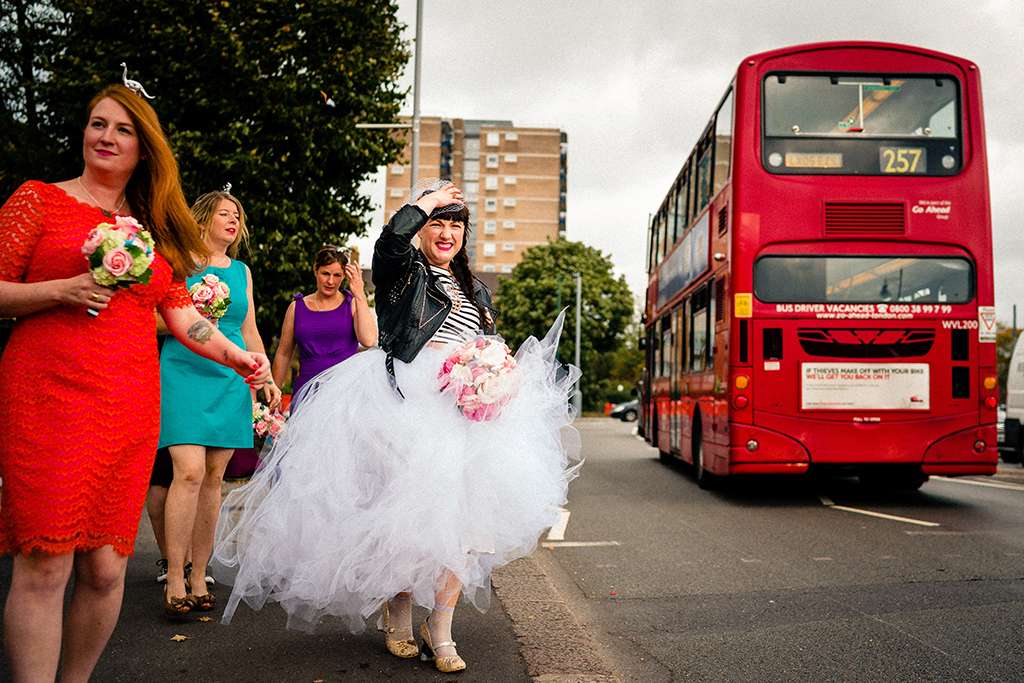 Their dress code was ‘Wear the thing you’ve always wanted to wear but never had the balls’  which inspired one guest to turn up in a full wetsuit and swimming cap! Carrie shunned a regular wedding dress, instead opting for a tulle skirt, striped top and vintage leather jacket customised by a street artist in LA. She finished off the look with a plain birdcage veil and Irregular Choice shoes. Neil also put a fun twist on tradition with his attire – he wore a tuxedo-print t-shirt instead of a stuffy suit! 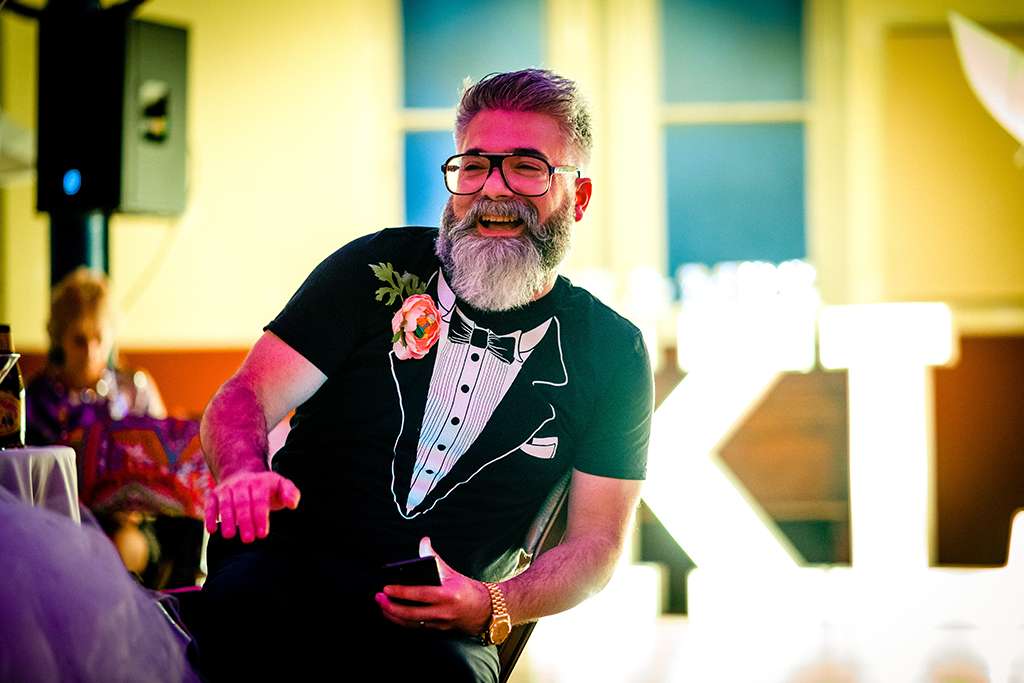 Their day was a drag sensation – with ‘mistress of ceremonies’ Charity Kase not only performing their ceremony, but also helped the entire bridal party dance down the aisle to Dear Future Husband by Meghan Trainor. “I only told my amazing bridesmaids by intention to dance into the venue on the morning of the wedding,” said Carrie. “They were all great sports considering!” After a short but sweet civil ceremony, they signed the register to Copacabana by Barry Manilow. Evening entertainment was provided by nuns stripping to Like a Prayer – oh, and have we mentioned; this all took place in a chapel?! 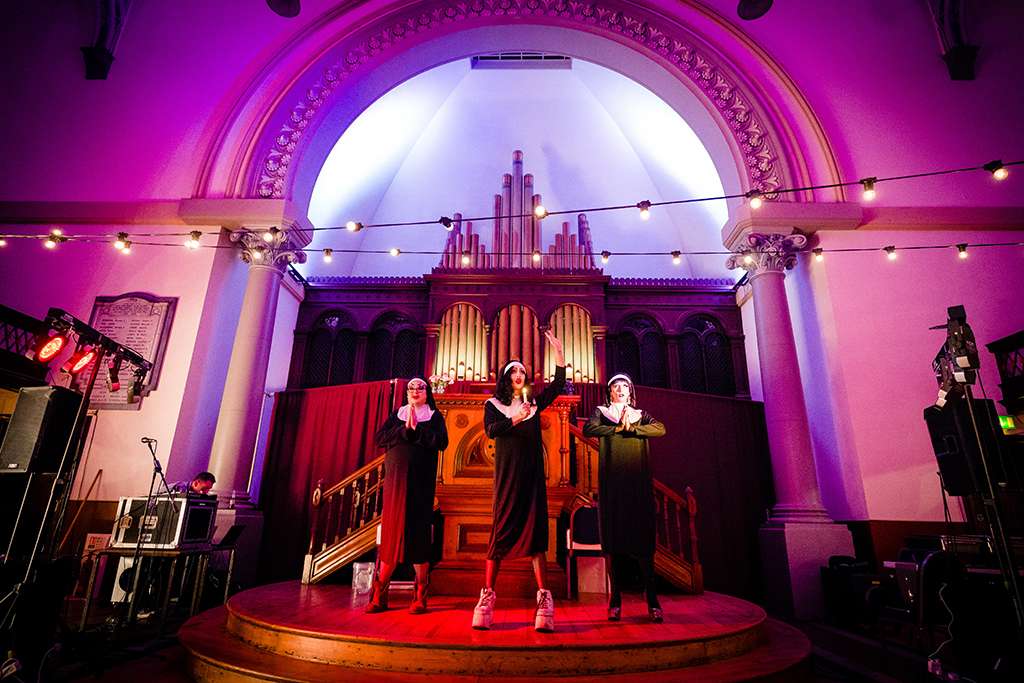 To echo their relaxed theme, the couple opted for street food vans over a sit-down meal; a taco van, a chip van, late night dumplings and unlimited ice cream from their favourite local ice cream van who visits their road twice a week in the summer. 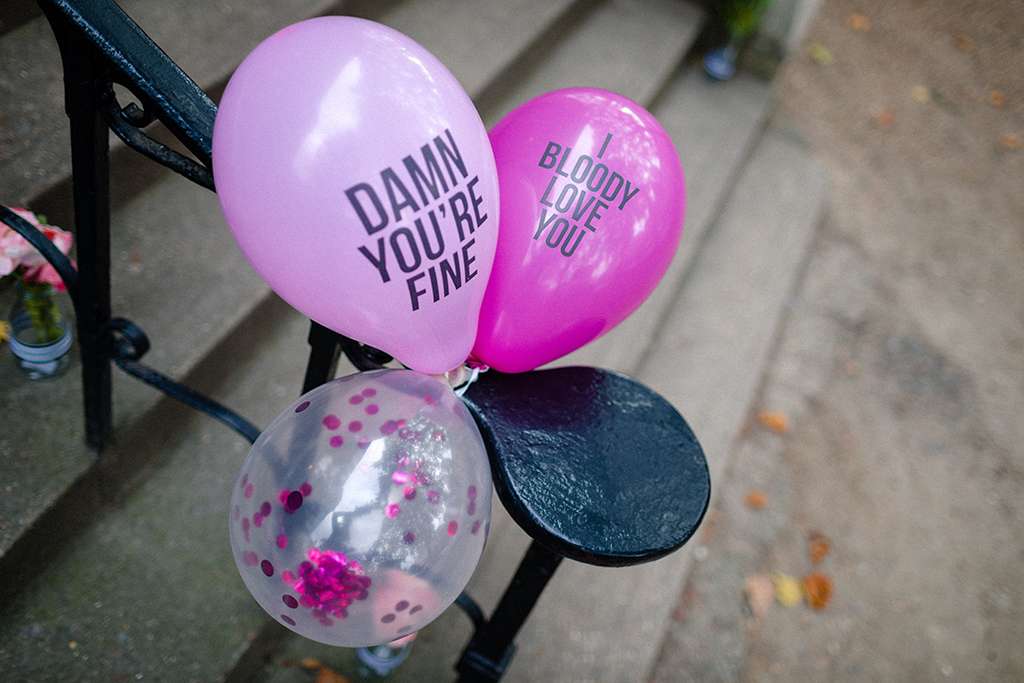 As the evening came to an end, Carrie and Neil wondered how they would ever be able to say goodbye to everyone when it had felt like they’d spent half the wedding just saying hello. So… they legged it, snuck out the back door and grabbed an Uber to their hotel. Sound like the perfect way to end one hell of a party! 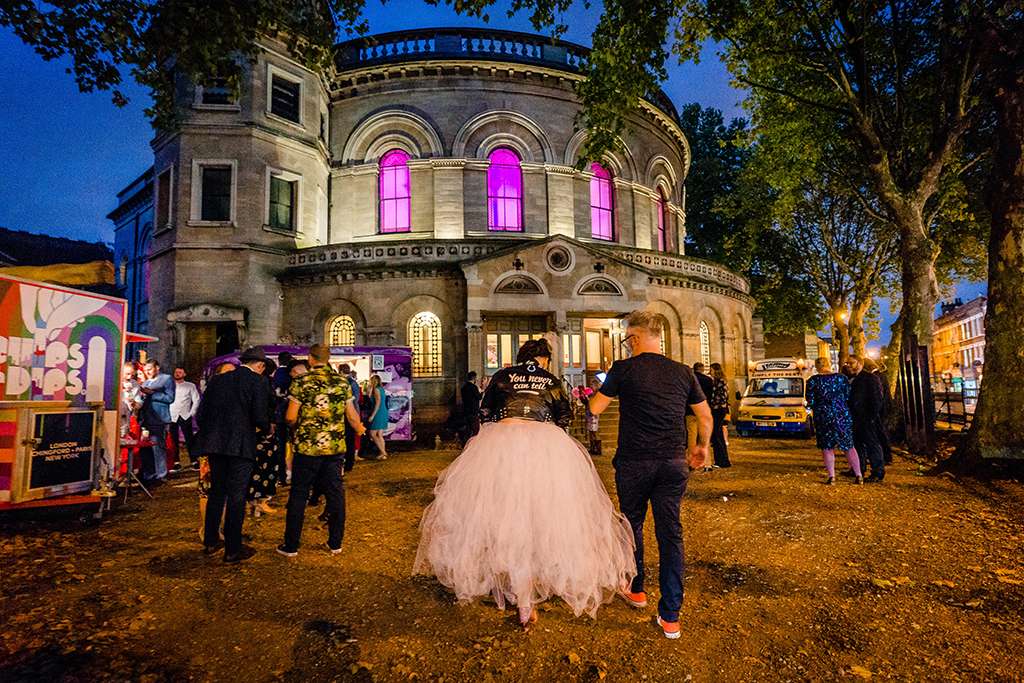 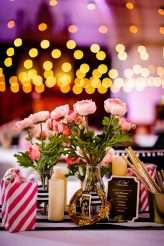 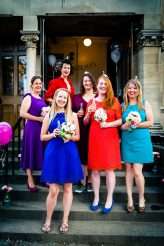