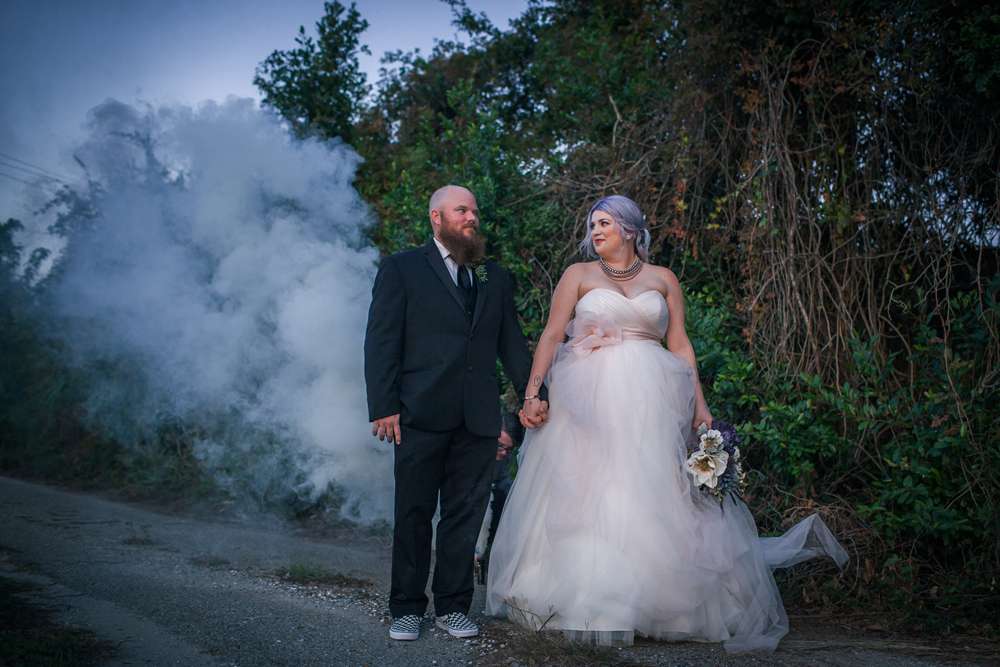 Krissy and Mike describe their outdoor wedding as “kinda romantic, southern, nerdy and unique all in one” – sounds cute and right up our street!

Krissy looked effortless in a blush pink Vera Wang dress and vintage jewellery, despite forgetting to put her veil on when she was getting ready! “Well in all the nerves and excitement we forgot to put my veil on”, she laughed. “After the ceremony my maid of honour came running to me to tell me and at that point I was on cloud nine and didn’t care so we popped it in for a few photos.” Her bridesmaids wore purple and grey from David’s Bridal (which were $1 each in a closing sale!) and Mike looked suave in a Marc Jacobs suit – they both wore Vans on their feet – comfort and style in one! 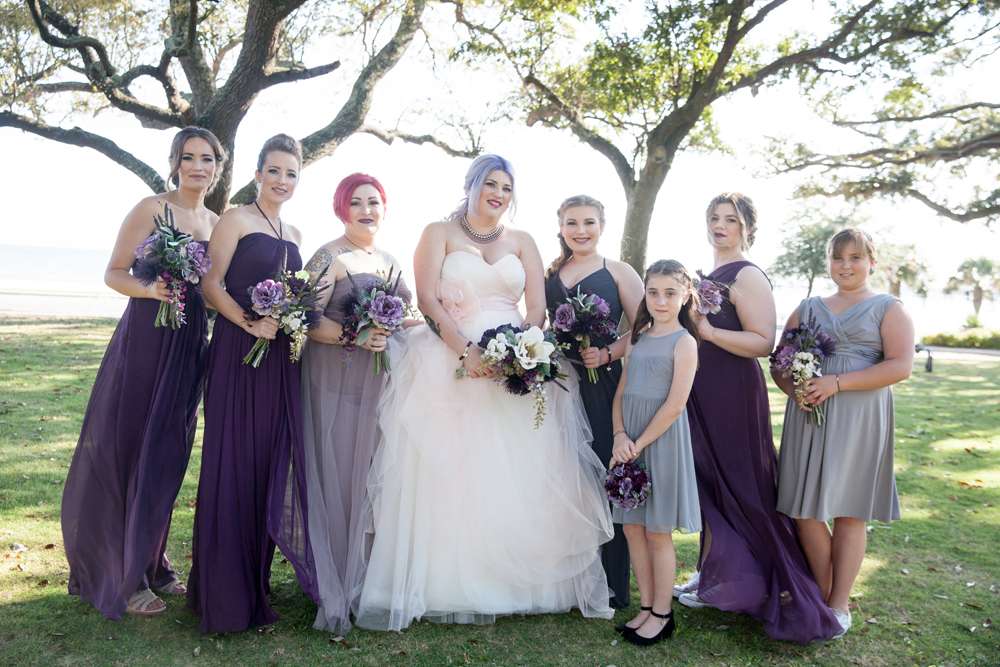 Their ceremony was held on the lawn of The Chimneys, a restaurant in Gulfport, Mississippi with a beautiful beach view. She chose to have both of her parents walking down the aisle. “Both of my parents walked me down the aisle and it meant so much to have them beside me,” Krissy says. “I had a bit of a walk so I couldn’t see Mike until I got closer but the look on his face made every night of planning and all the tears of doubt if I was choosing the right colours for the cake worth it! We literally couldn’t even stand still because we were both so nervous and shaking! There was a nice breeze coming over the water from the beach, the feeling in the air was truly breathtaking and I couldn’t have asked for more.” 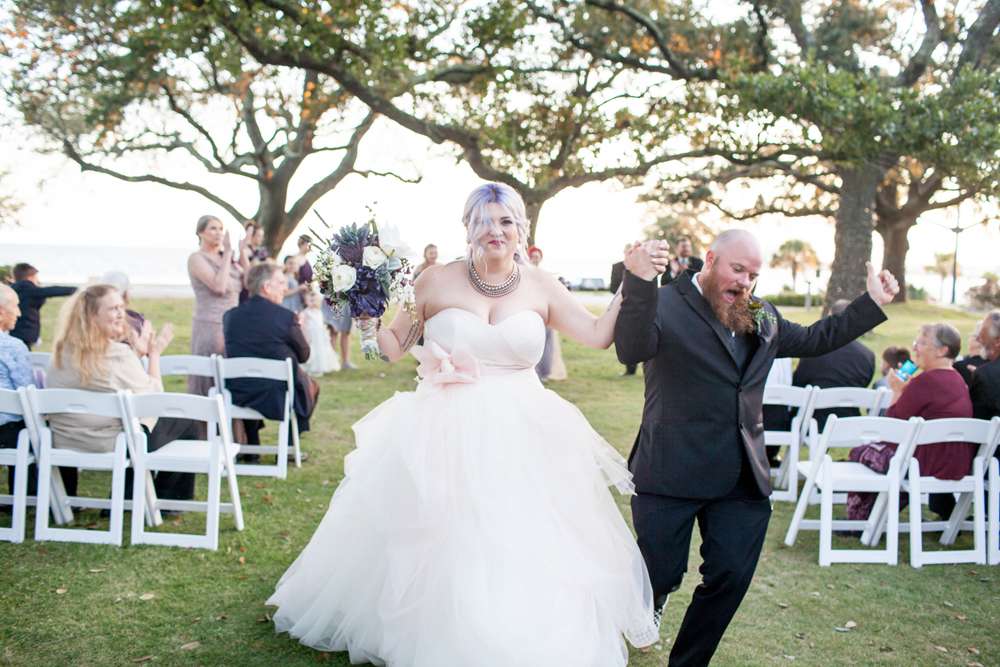 Their reception was then held in the restaurant, where they celebrated with a tiered cake that said ‘Mutual Weirdness Forever’ and a scarily realistic cake that looked like a fish (saying ‘Hooked!’) Other than that they kept the details pretty minimal, with food and drink being their biggest expense, because, as Krissy explains “In the south, we like our guests full and buzzed!” 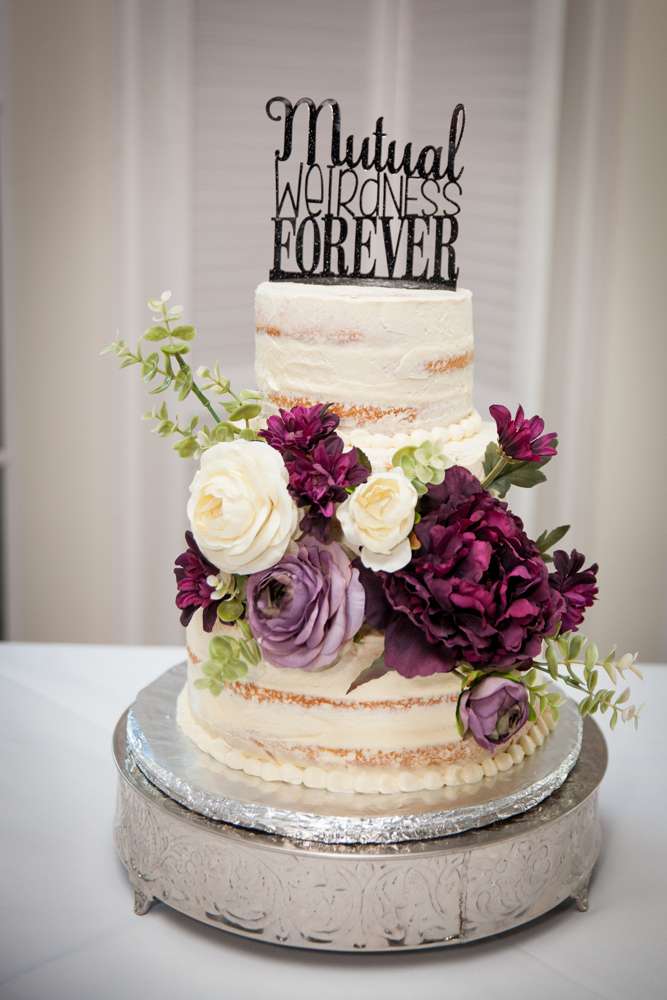 Krissy and Mike had an unforgettable time with their guests at the wedding, but the experience also brought them closer to their family in a nice and unexpected side effect of planning. “The best thing about planning our wedding was getting to spend time with my best friend and my mom!’ Krissy gushes. “Sometimes life gets so busy it forced me to make time to be with the ones I love!” 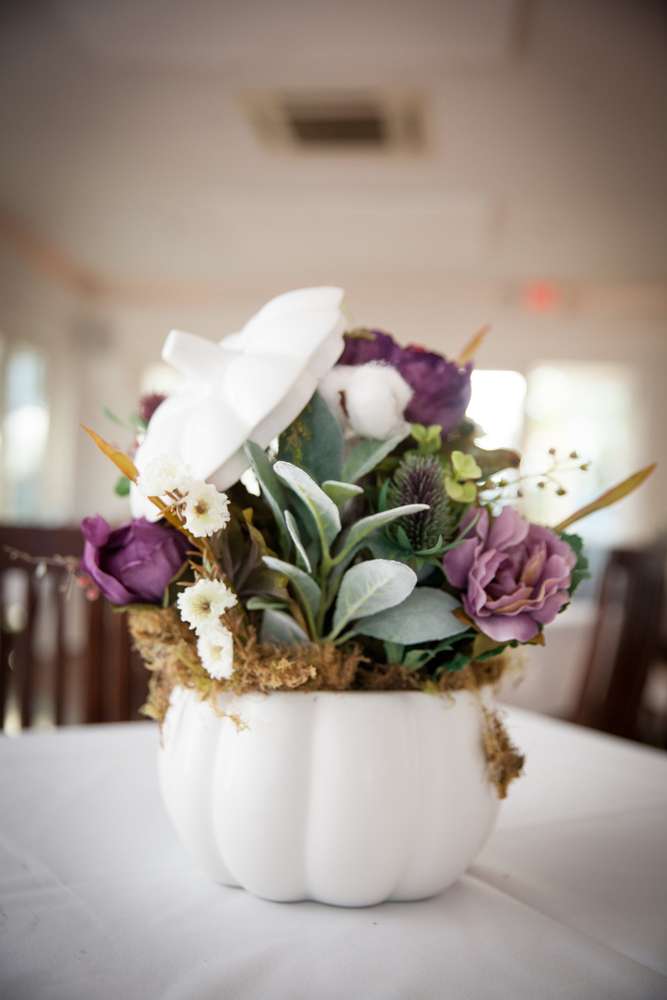 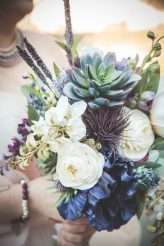 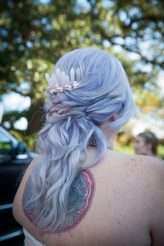 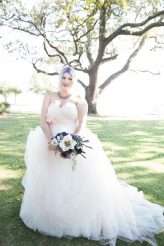 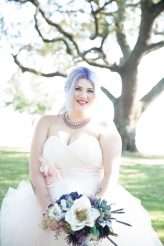 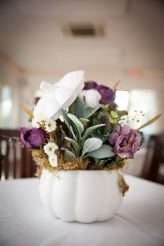 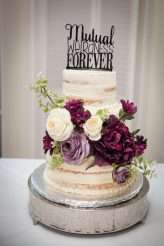 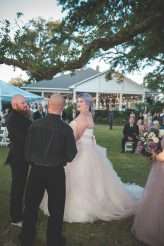 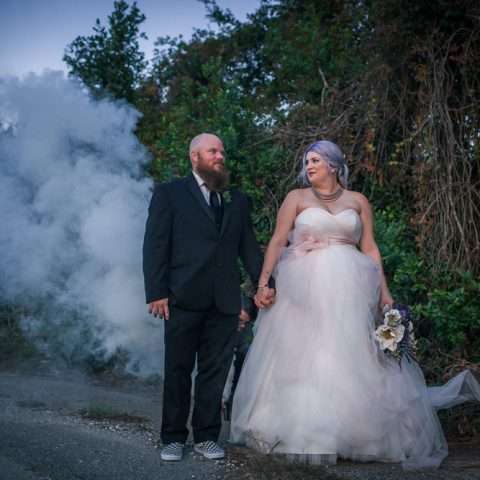 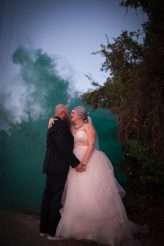 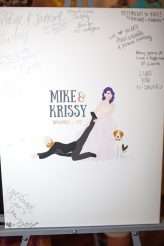 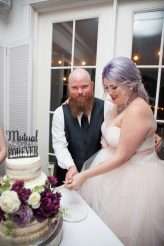 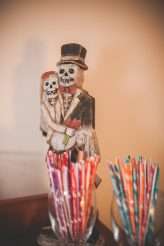 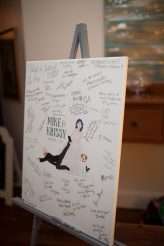 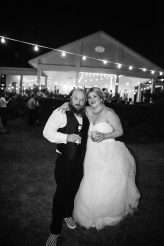 Budget-Friendly Wedding in Ukraine and a Bride with Blue Hair: Annie & Evgeniy

Annie and Evgeniy were married in October in Dnepropetrovsk, Ukraine. They were determined not to spend a lot of money and managed to pull the whole thing off for just $2500. To do this they kept the guest list small (they only had 20 people), DIYed a lot and eliminated a lot of things that they didn't care about.